I wasn’t really impressed by the new TV series “The Kennedys”, which briefly touched on many controversies, rumors and conspiracy theories surrounding the Kennedy family. The only new revelation for me was the fact that both President and Mrs.Kennedy were receiving amphetamine shots from Dr.Feelgood. One of the more interesting episodes covered the Kennedy Administration handling the Cuban Missile Crisis in October, 1962.

The true story of the Cuban Missile Crisis may not as glamorous as it’s generally portrayed in the American official history books, but what’s not in dispute is the fact that during these weeks in the fall of 1962 was the closest the world have ever been to a nuclear war. I wanted to see the headlines the American people were seeing in their daily newspapers, so I went to the library and scanned some microfilm. However, the most telling find was probably this article, talking about the dedication of the first of the 612 nuclear fallout shelters planned in Kansas City. The article is readable, click on it if you need it magnified. Imagine the mood in the city and the country, not even 20 years since the WWII, having to prepare for another confrontation. 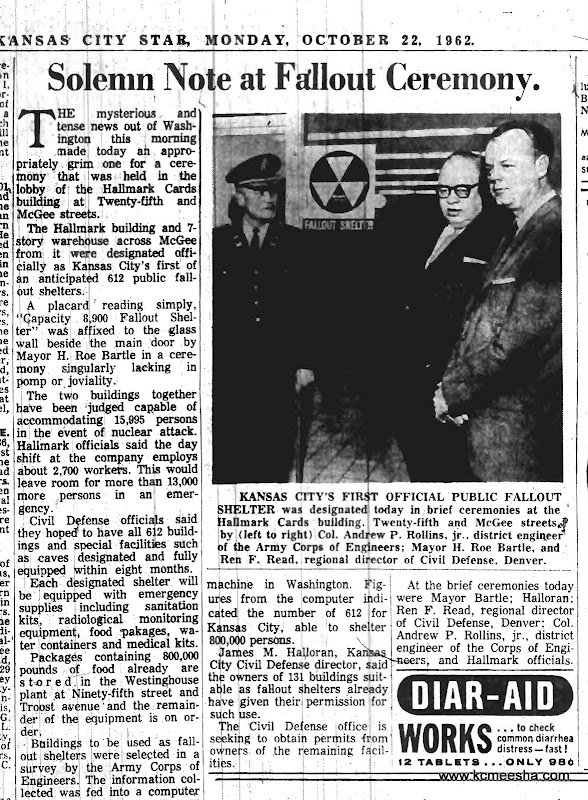 And now the headlines in chronological order. 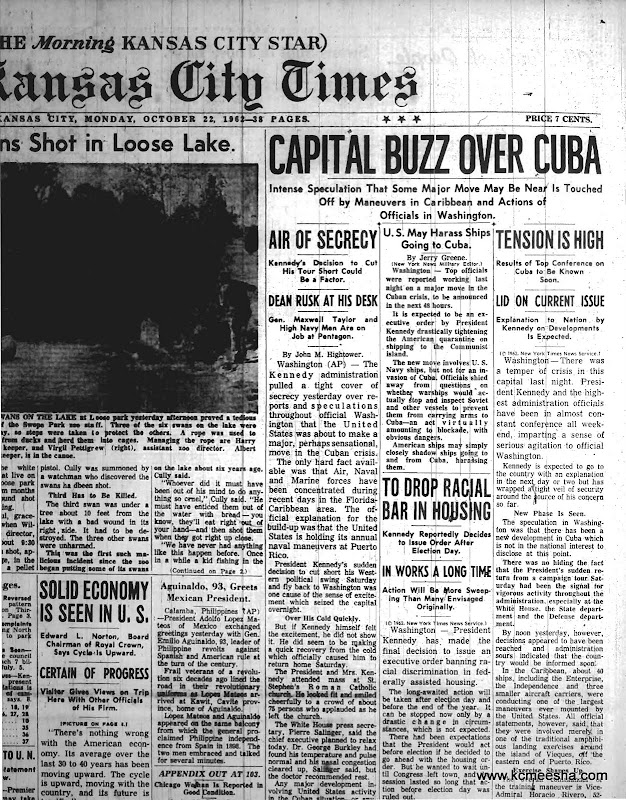 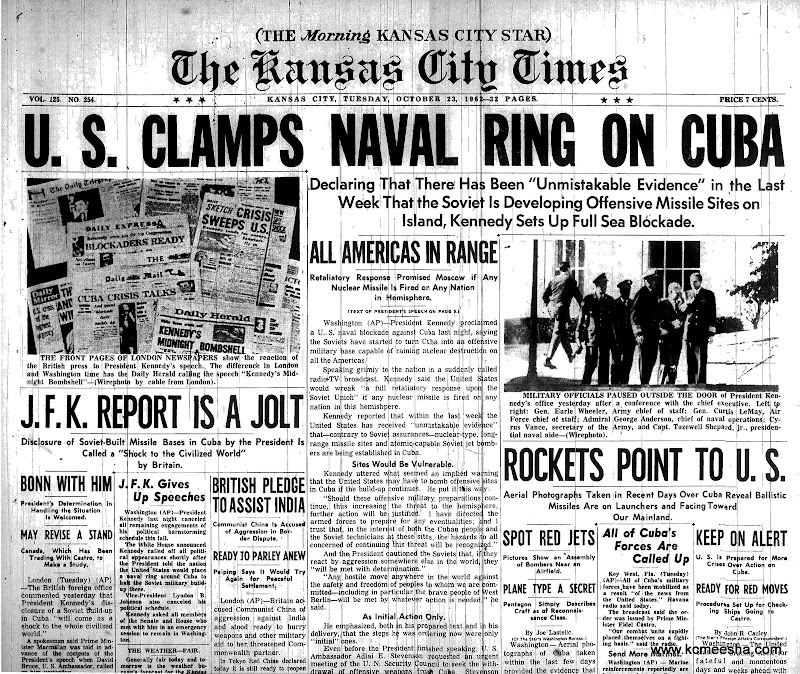 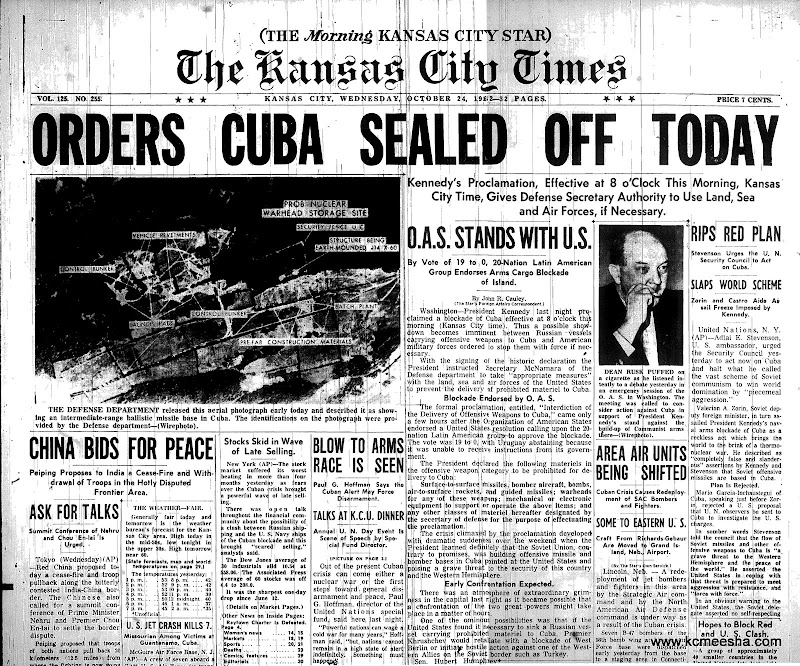 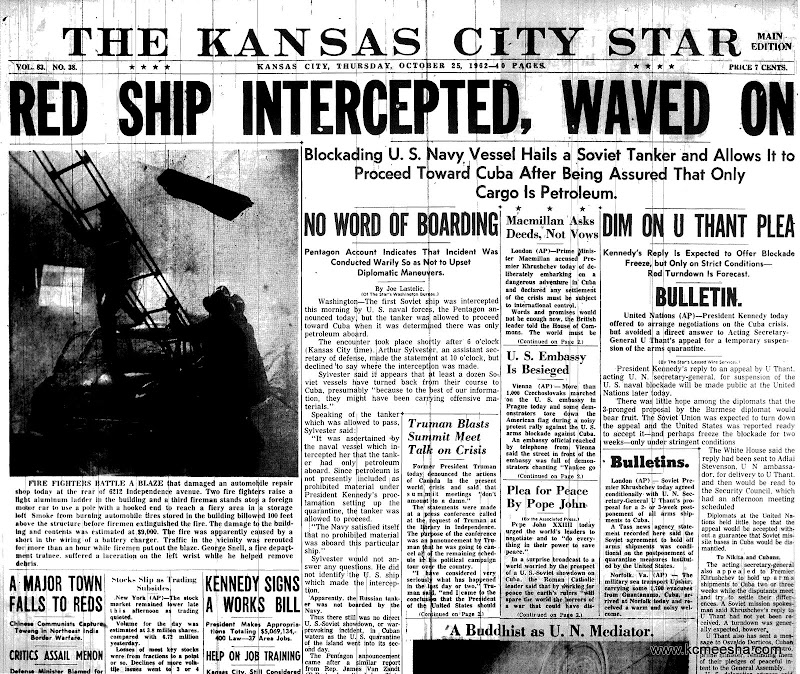 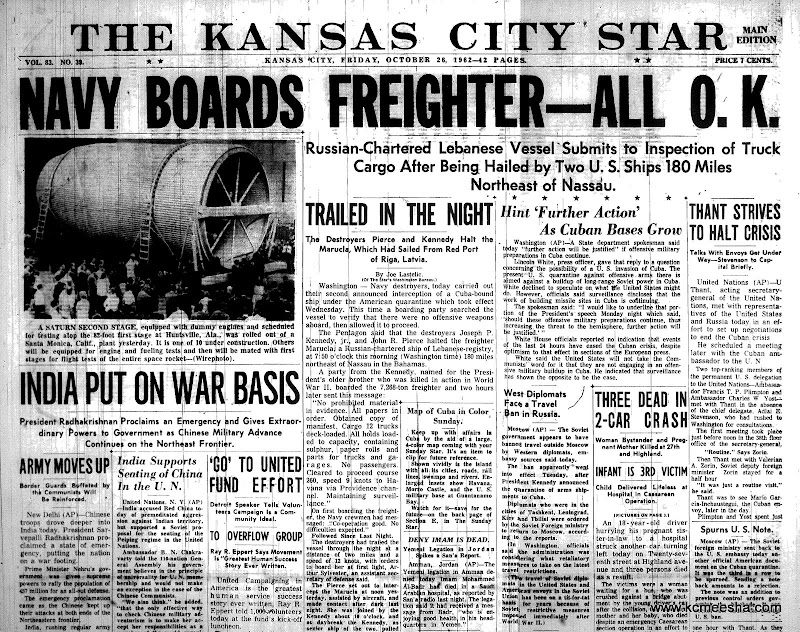 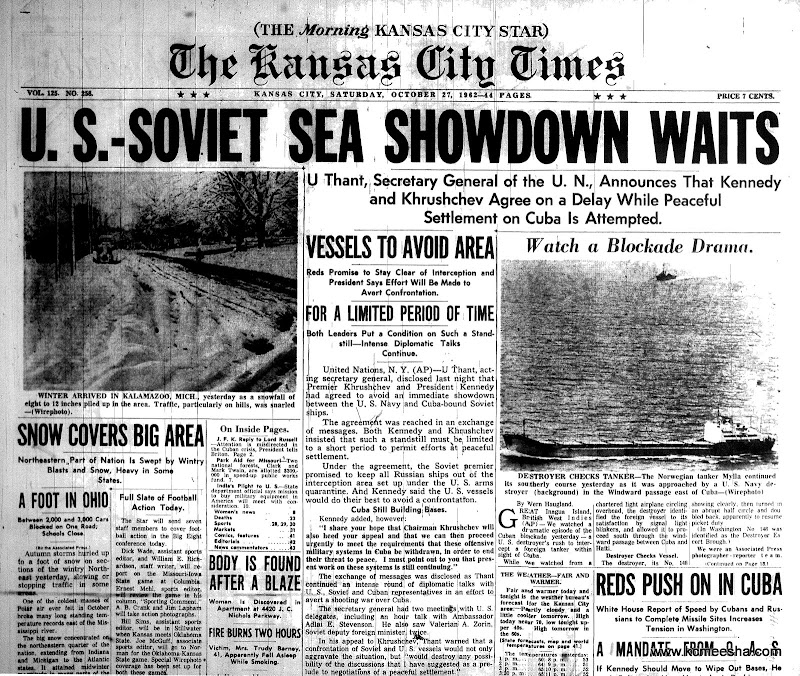 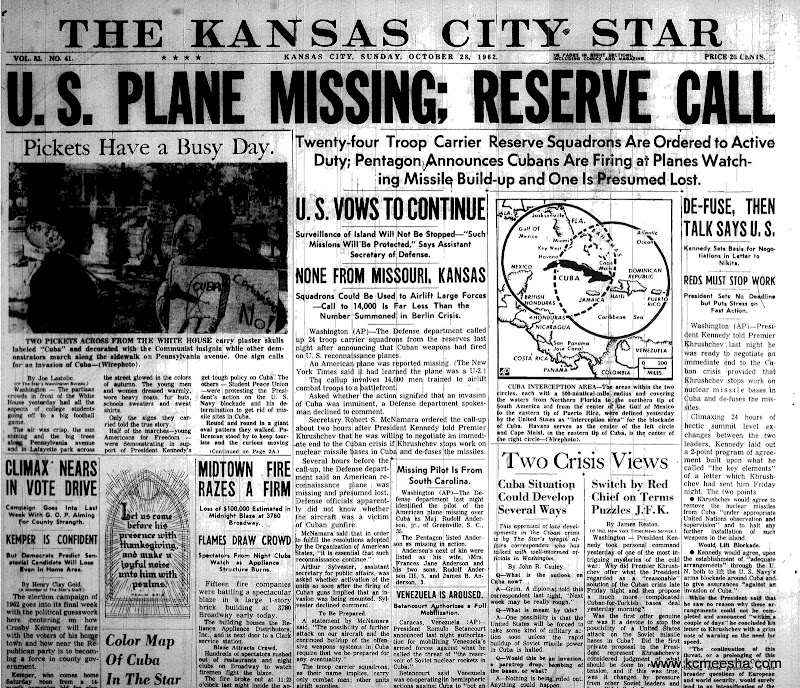 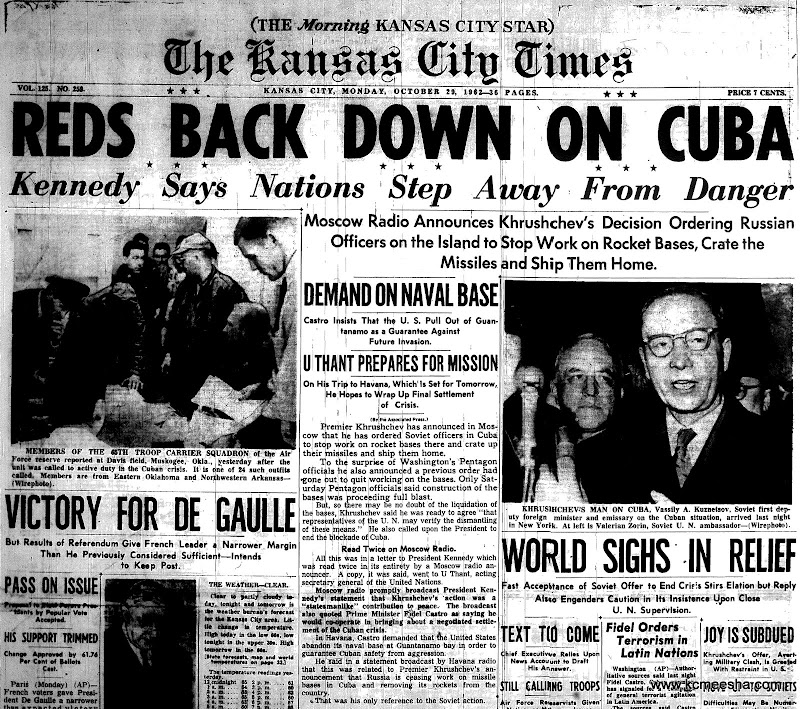 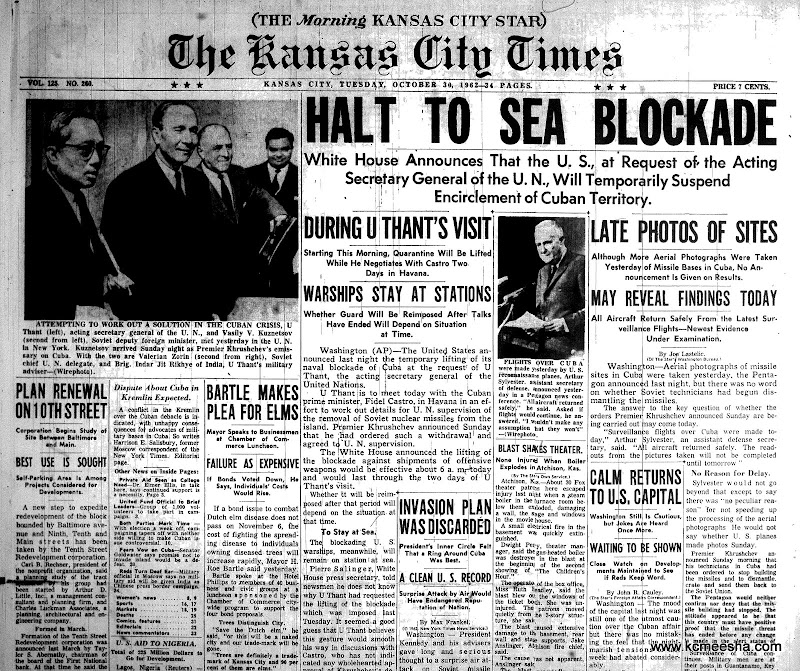 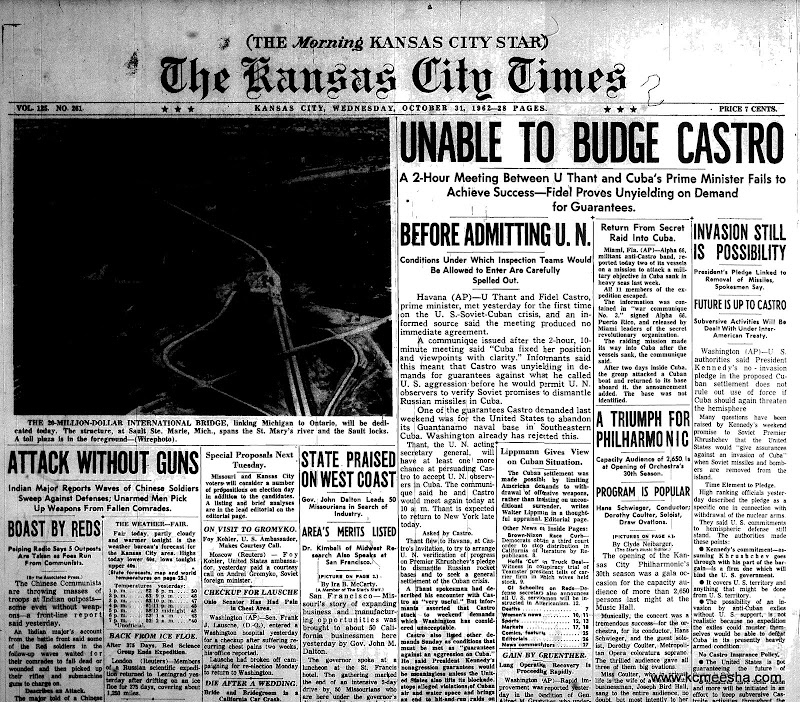 Bonus:
An ad for downtown: 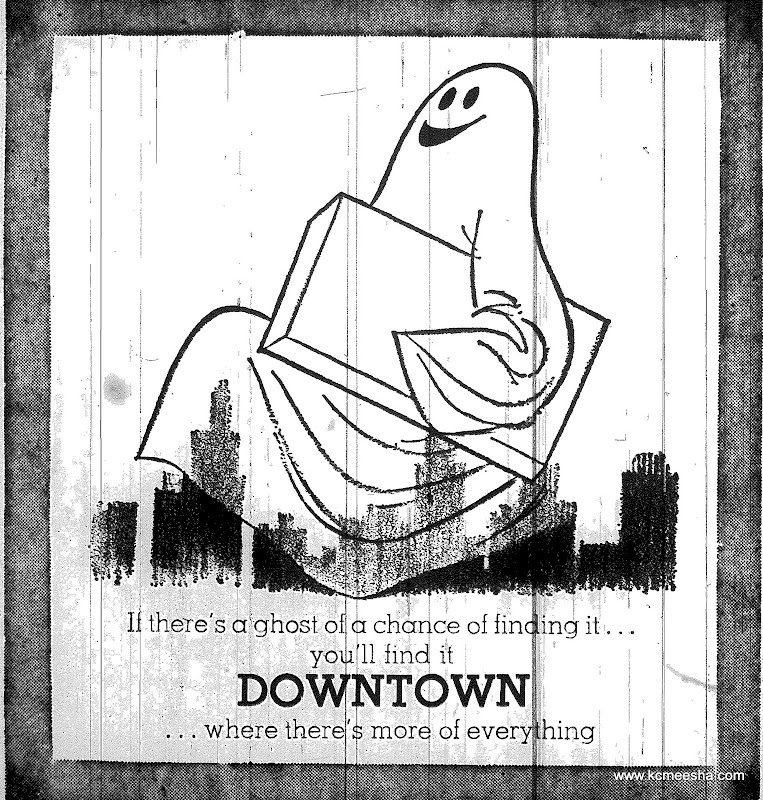 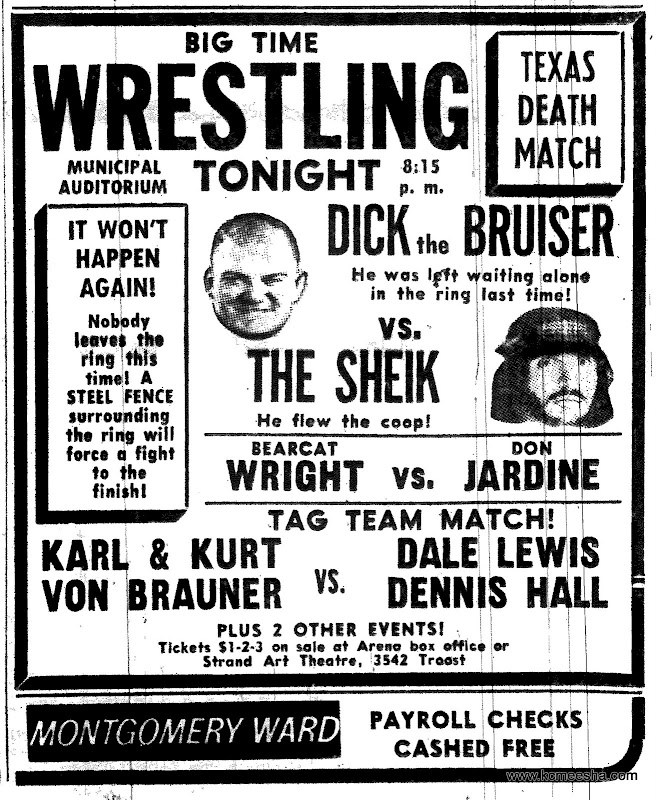