Behind The Iron Curtain: Political Prisoners of Imperialism

Today’s Stuff White People Like brought up a subject of political prisoners. Strangely, I probably know more about American political prisoners and dissidents than many of you. Soviet propaganda machine loved to get the people involved in a cause of standing up for a political prisoner. It served many purposes, not the least of which was to show the Soviet people that the grass wasn’t that much greener on the other side of the barbed-wire fence. Growing up in mid-seventies and early eighties I recall a few campaigns when millions of “outraged” Soviet people of all ages wrote letters and collected signatures to free some unjustly imprisoned victim of imperialism.

According to the Soviet press, Angela Davis was arrested for her progressive views and the government fabricated the charges of her being and accomplice in a murder case. Her arrest was supposed to “discredit and hurt the Black Panther movement and start a misinformation campaign against the Communist Party of the USA”. Thousands of people signed petitions to “Free Angela Davis” and Soviet school kids participated in a “Million Roses for Angela” drive where they were mailing postcards with hand-drawn roses and their pleas for Angela’s freedom to the American president. As a special touch they weren’t attaching any stamps so that evil bastard President would owe the missing postage. In reality Angela Davis was arrested when her gun was used in a hostage situation and a shootout and she was charged  as an accomplice to conspiracy, kidnapping, and homicide. After 18 months in prison she was acquitted and released, clearly as a result of the White House being flooded with a million postcards; she went on to visit the USSR and meet L.I.Brezhnev and is presently working at UC, Santa Cruz.

Leonard Peltier was imprisoned by the military-industrial complex and imperialist murderers from the CIA for being an outspoken advocate for the rights of the Native Americans. The Soviet people stood up in his support with another letter-writing campaign, meetings and demonstrations but failed to get him released. One central newspaper was printing out pre-filled petitions which were supposed to be cut out, glued to a postcard and mailed to the (still an evil S.O.B) US President. In reality Peltier was arrested and convicted of killing two FBI agents and although the allegations had been disputed they were never overturned. 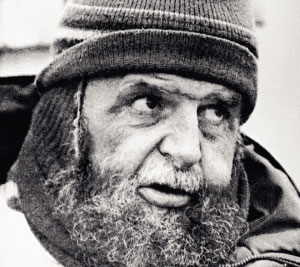 Charles Hyder is hardly known in this country but his name is familiar to anyone who grew up when his name was mentioned daily on the Soviet TV and in the press. Dr.Hyder was a progressive American astro-physicist who used to work for NASA. In 1986 he protested against the use of the nuclear weapons and the arms-race by staging a 218-day fast in front of the White House. All of the progressive humanity (except of course the heartless imperialists in this country) watched in awe as the aging professor was weakening by the minute for the cause of detente. Soviet TV broadcast daily updates on his health condition while that callous S.O.B President Reagan let this hero waste away. Gorbachev wrote a personal letter to Hyder and the Soviet people expressed their strong support for his cause and even offered to send him food and money. In reality, the consensus was that Hyder was cheating, either eating at night or sneaking food somehow because no one survives 218 days without food even to prove a point. In addition, it turned out that his doctor ordered him to lose weight due to a health condition. A Soviet correspondent faked the daily reports by changing his clothes and filming up to five updates on the same day. Dr. Hyder died in 2004.

There were some others that I don’t personally recall like Assata Shakur or the ones where the person was not a dissident but just a victim of capitalism like a fake homeless guy Joe Mauri.

The common thread was the forced enthusiasm with which the Soviet people stood up for anyone, anywhere, for any reason. Propaganda, constant barrage of falsified information and mandatory attendance of these “spontaneous” events created an impression, an impression is what we were after in the first place.

I’ll conclude with an anti-American poster from the olden days.