First, a short organizational announcement: I am trying to see if I can run a caption contest on my FB page, but so far there is only one participant and a winner by default. Feel free to join in. Next time I’ll just run it here.

Driving through Kansas is never very exciting. While there are many historic sites and things to see, they are pretty well spaced out, separated by miles and miles of endless fields and roads stabbing the horizon. Even by Kansas standards 200 miles between Kansas City and Hutchinson are pretty boring. Only few places made an effort to lure the passing traveler but even I, usually curious about all the rural wonders, wasn’t going to get off the road to see the “Rhino Capital of Kansas”. We did a 5-minute detour in Peabody, KS which posted several signs announcing its main attraction 1880’s Main Street. The Main Street looked exactly like every other small town in Eastern Kansas, most of which were built around the same time. Instead, I liked this house and that’s all I have to say about Peabody, KS. 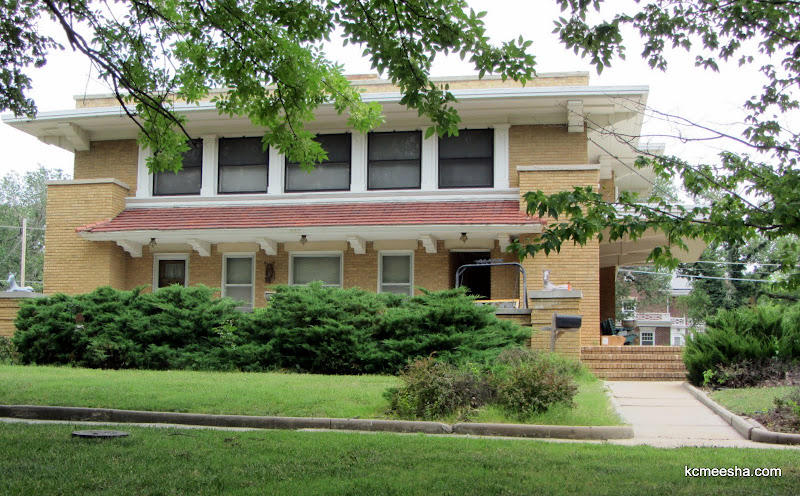 This truck we saw around Gardner, KS turned out to be the most fun thing during the three-hour drive. Although I think the driver was gesturing my daughter to “flash him” he had no way of knowing she was under age, and while I was totally willing to “flash him” myself, I didn’t want to create a road hazard and cause this guy’s untimely death. 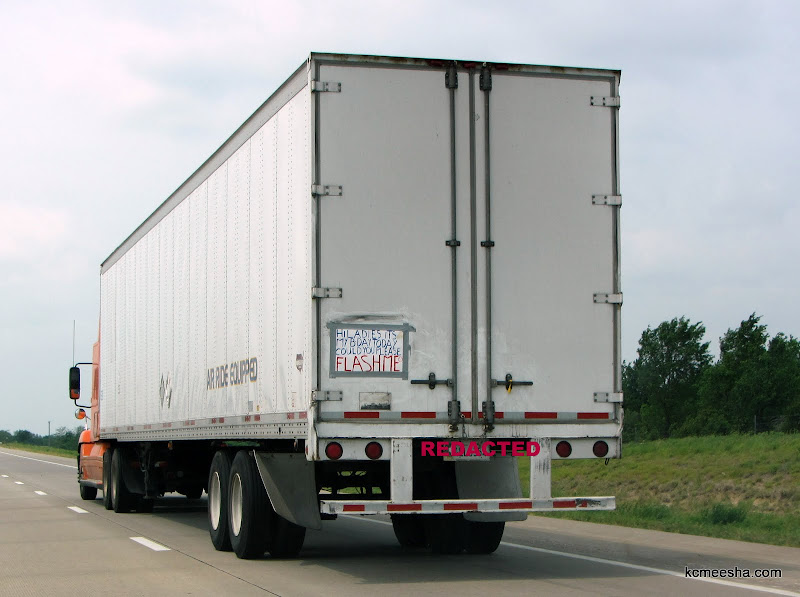 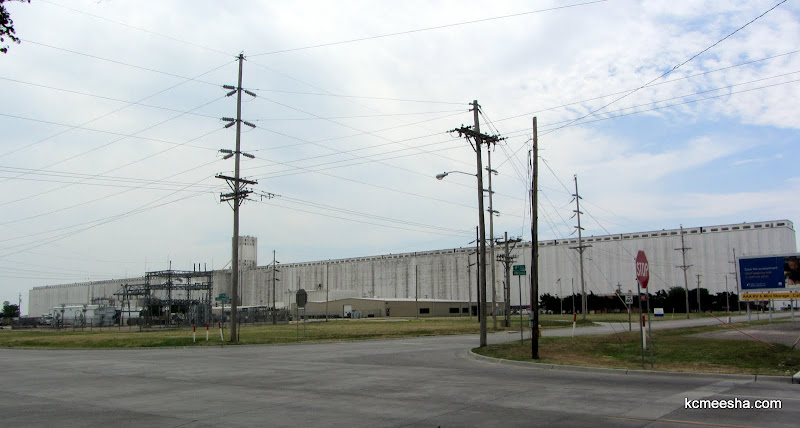 …and correctional facilities (not photographed), where a fairly large downtown survives in a decent shape, and it’s not hard to imagine it to be a background of a movie about the 50’s and 60’s. Maybe some signs for a tattoo parlor and check cashing businesses will have to go, but otherwise it’s not a huge stretch.

The current state of the downtown is clearly a result of an organized effort. 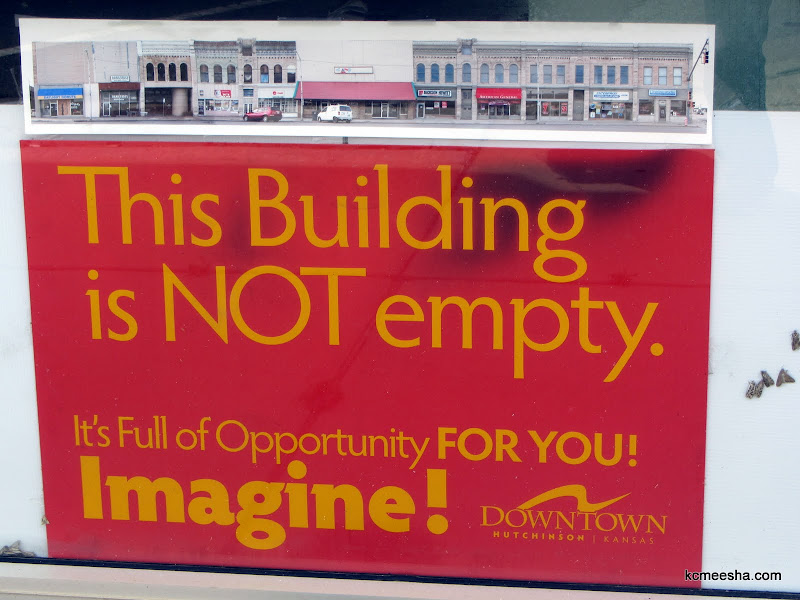 Guns, Ammo, Knives and Jewelry – if that’s not the best combination ever, I don’t know what is. Pick up your religious literature in the same building and you have yourself a nice weekend of whatever is that you do. 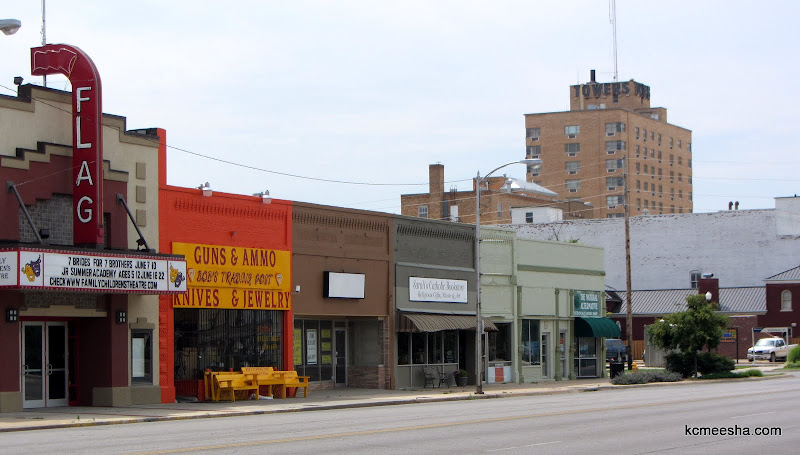 I think this is a pool hall or something: 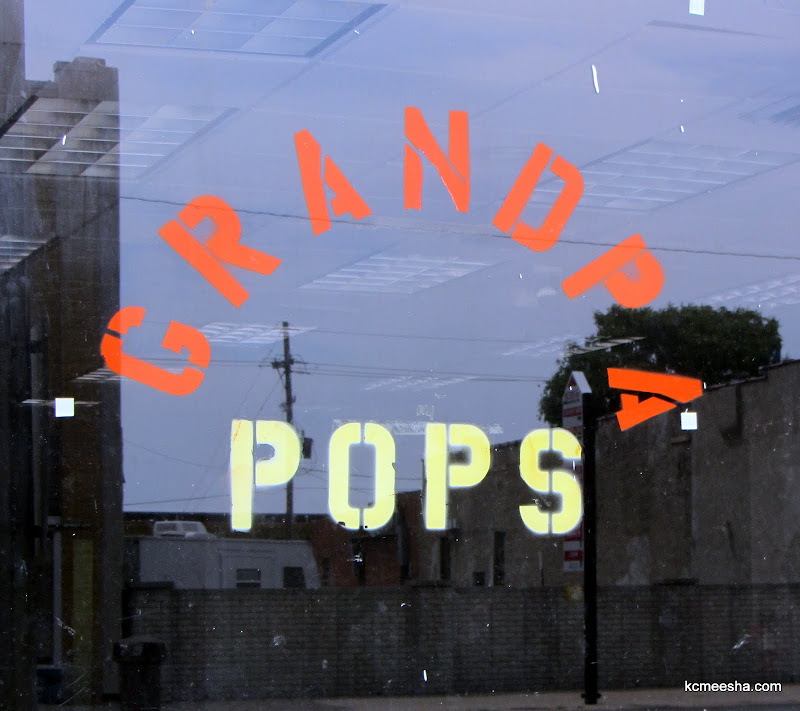 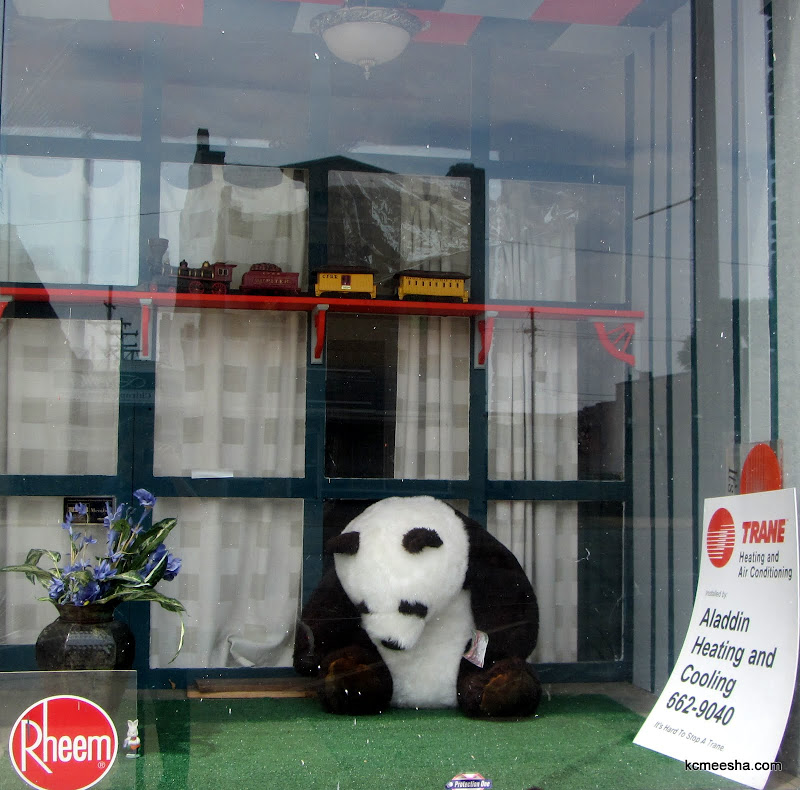 Some buildings are still being repaired: 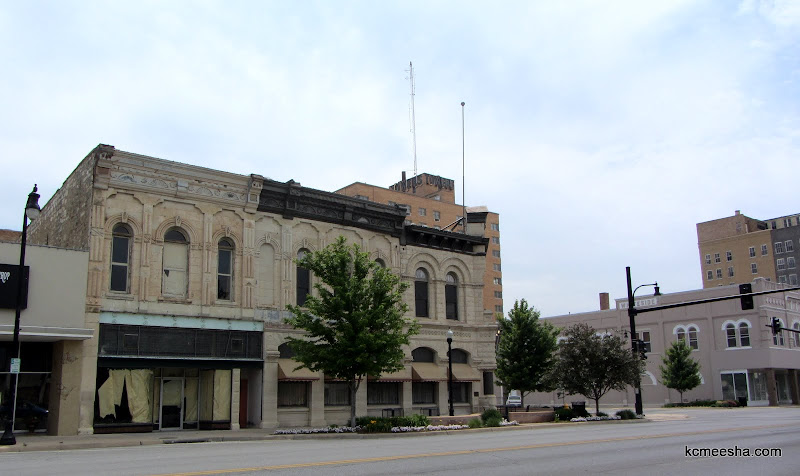 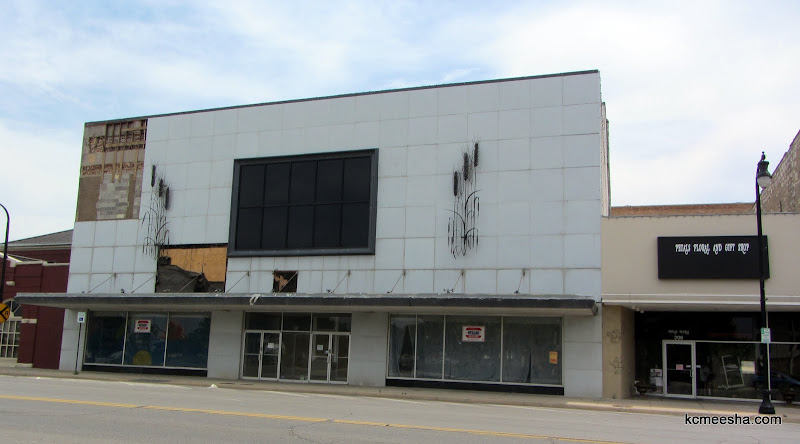 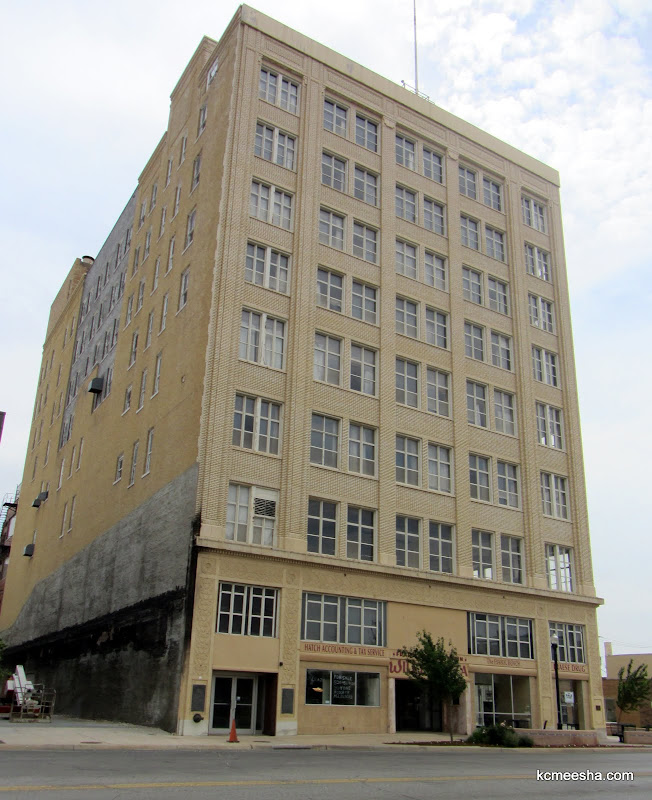 Some are in a pretty good shape: 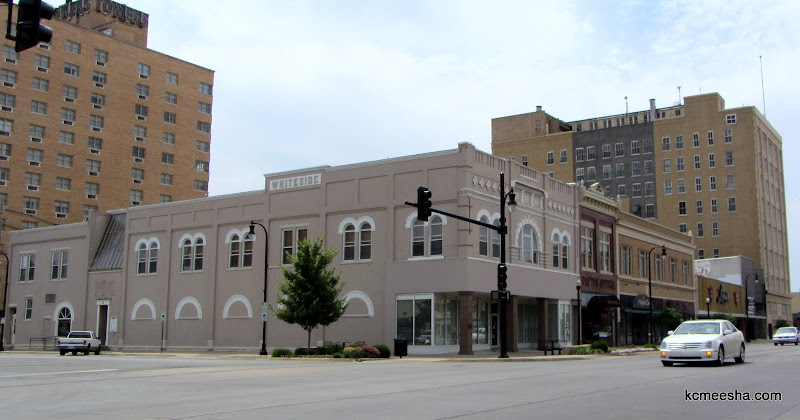 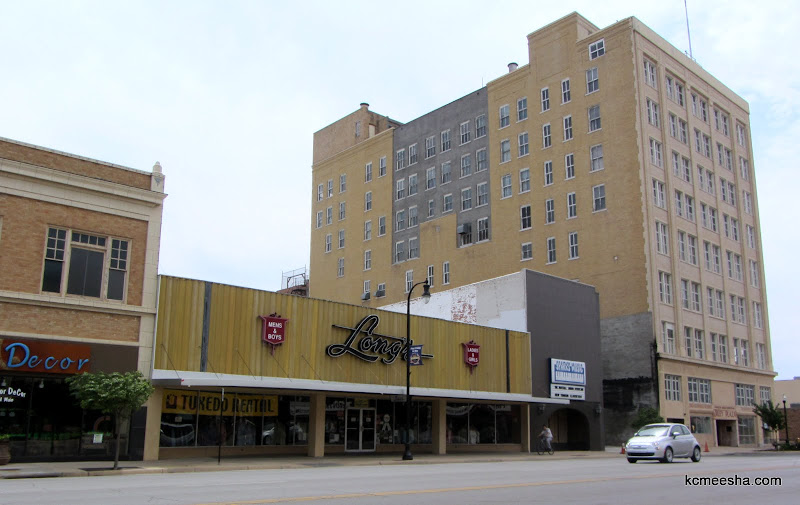 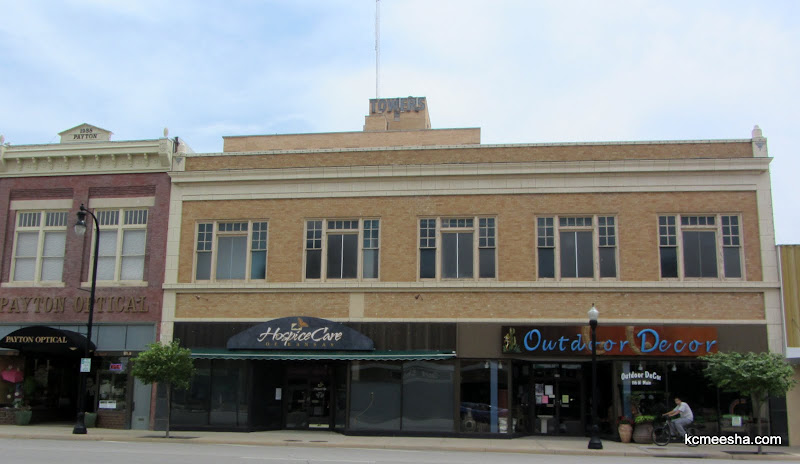 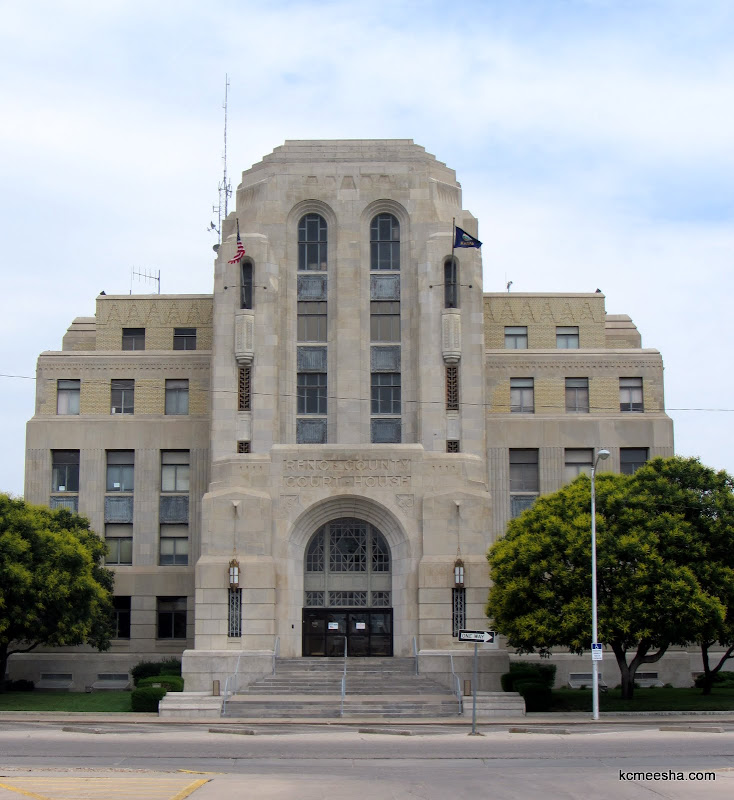 On the right you can see the marquee on the historic Fox Theatre, the first flashing neon display in Kansas. 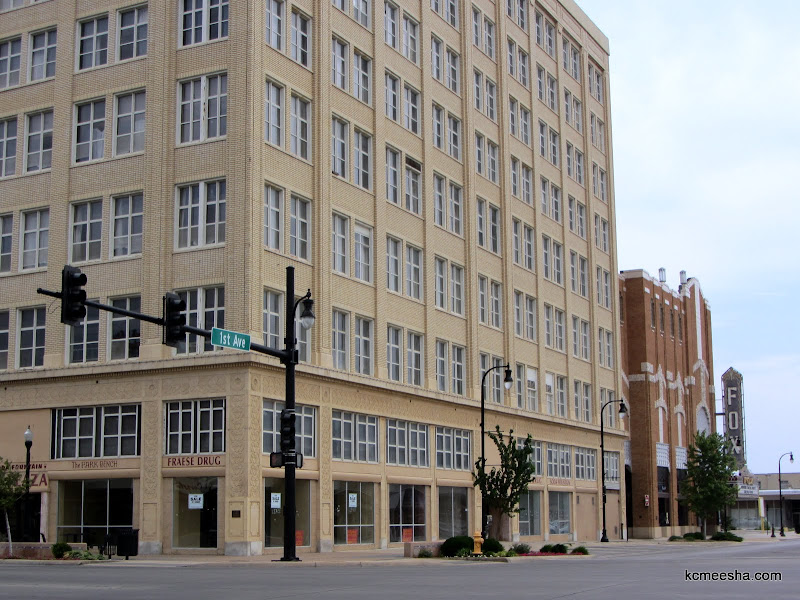 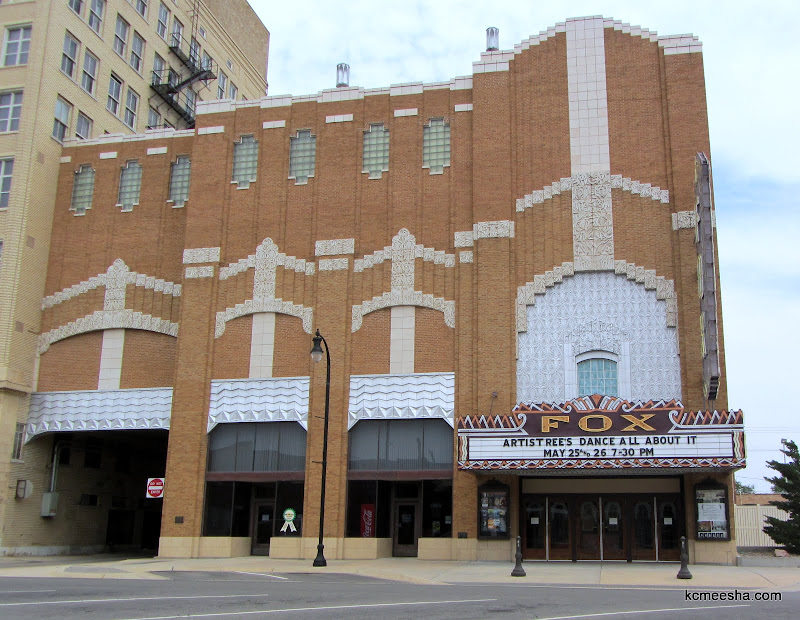 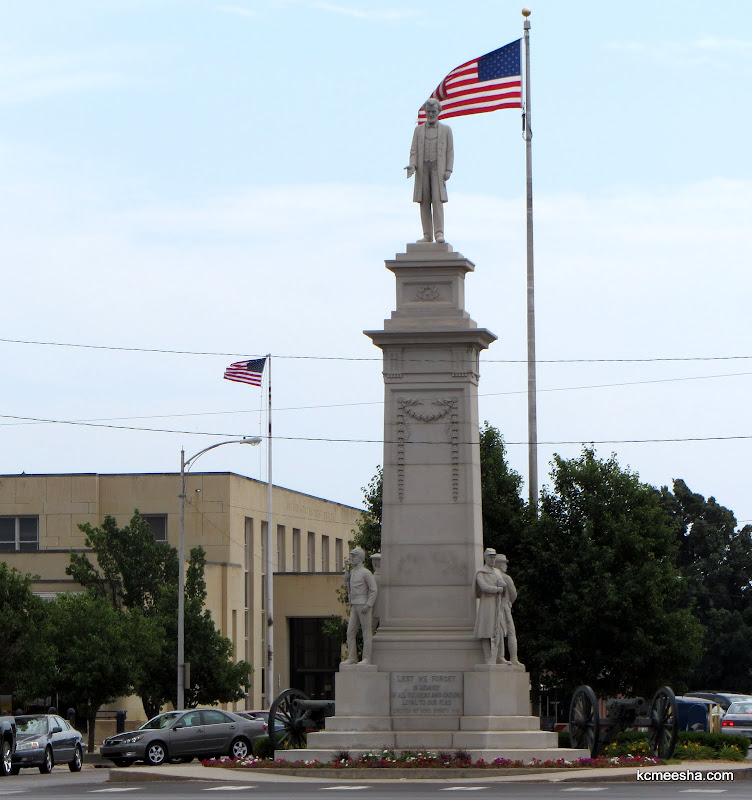 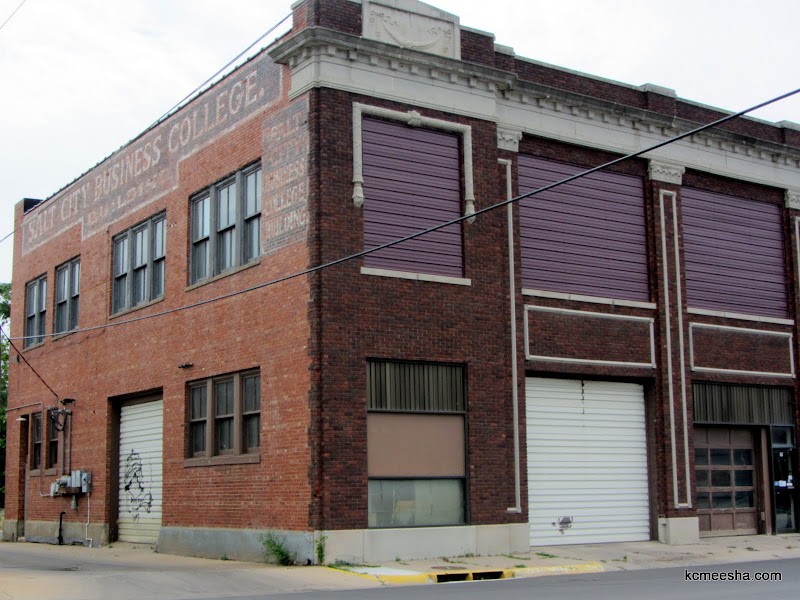 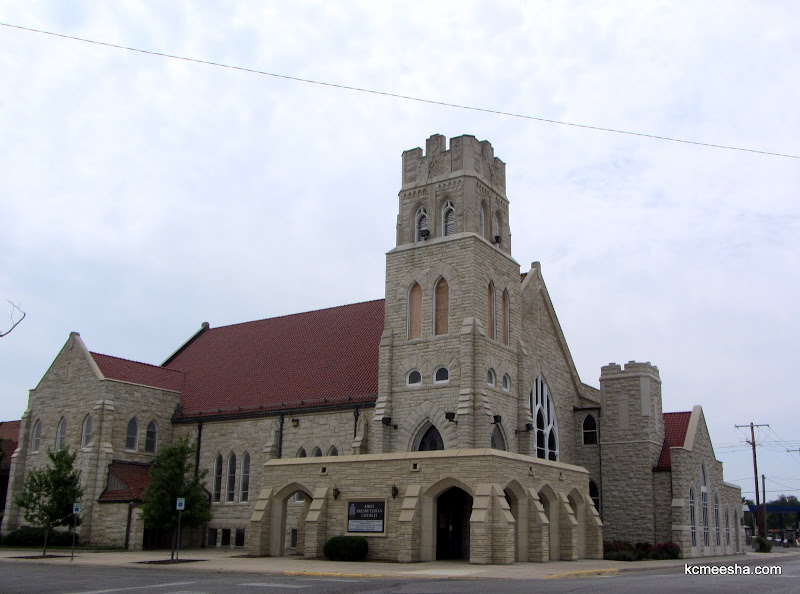 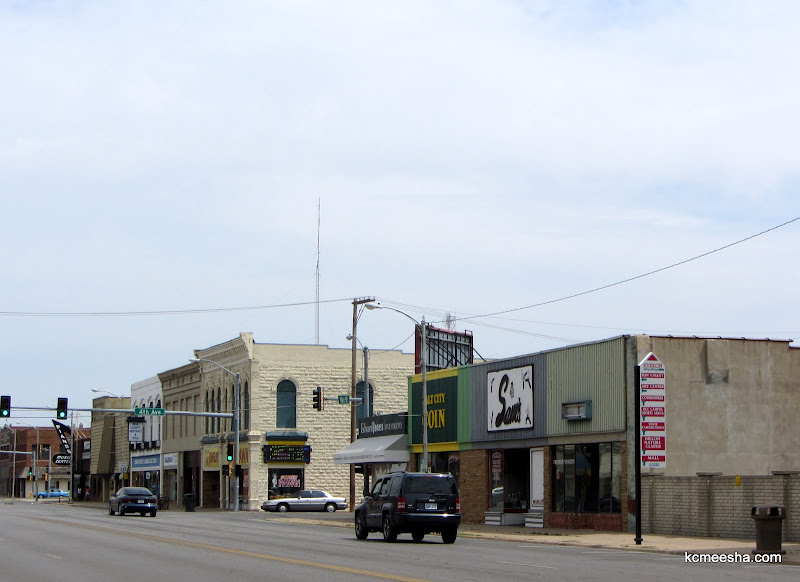 especially if I throw this in. 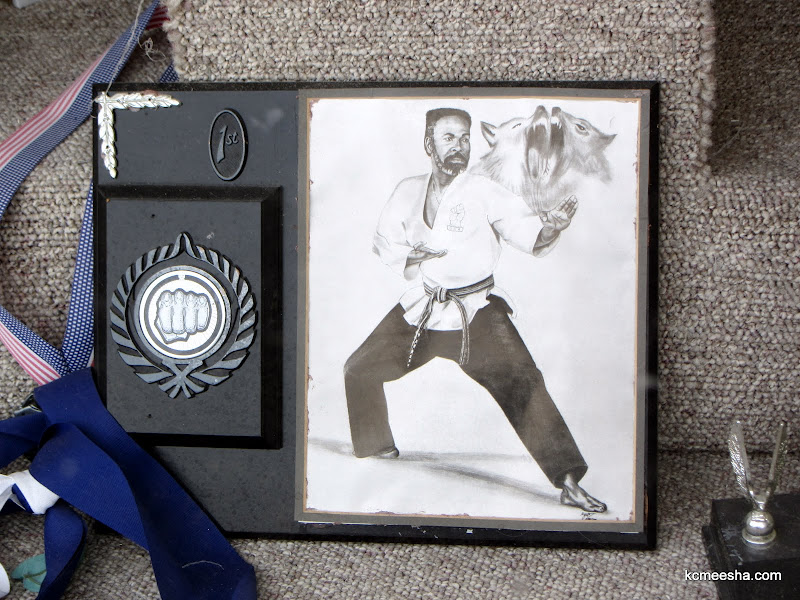 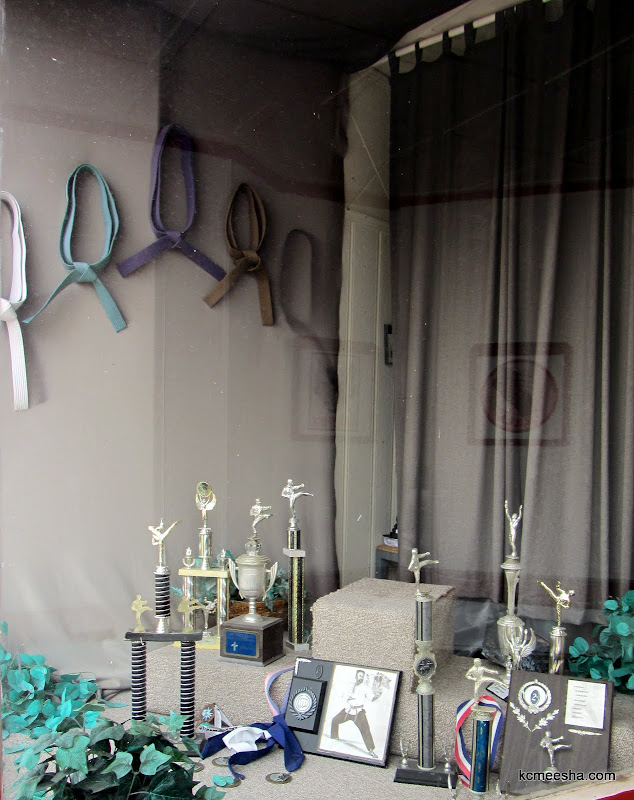 Although I might be slightly concerned about the Wolf Pack. 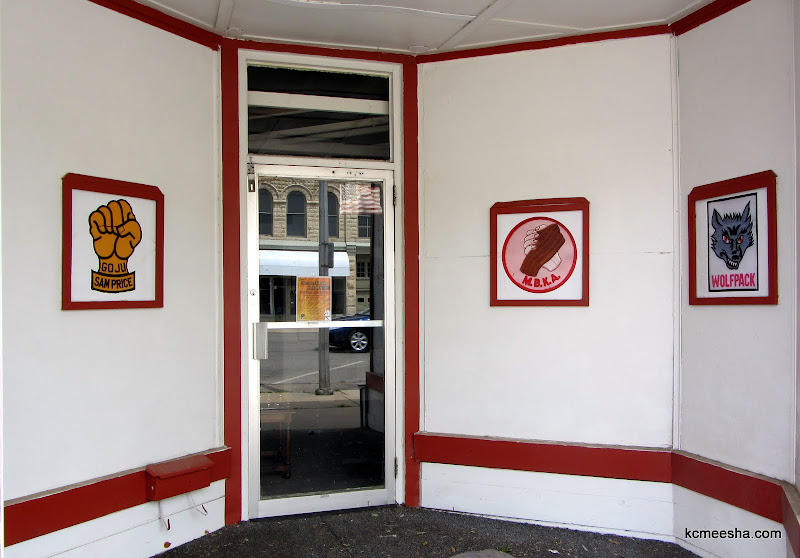 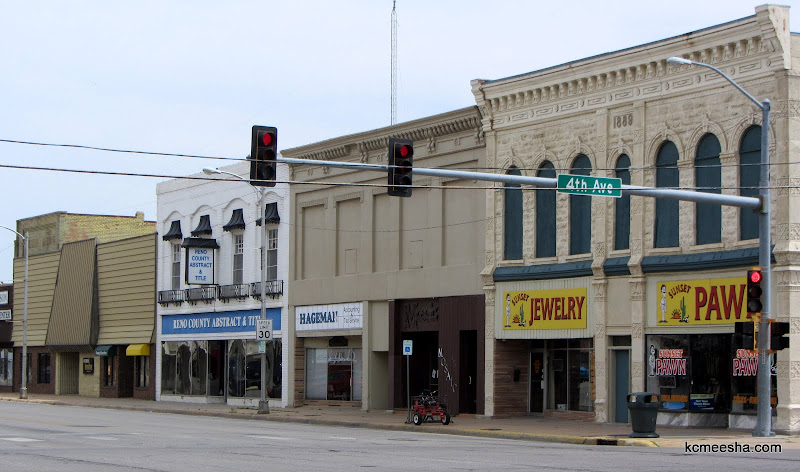 Probably the best store sign in the whole downtown Hutchinson: 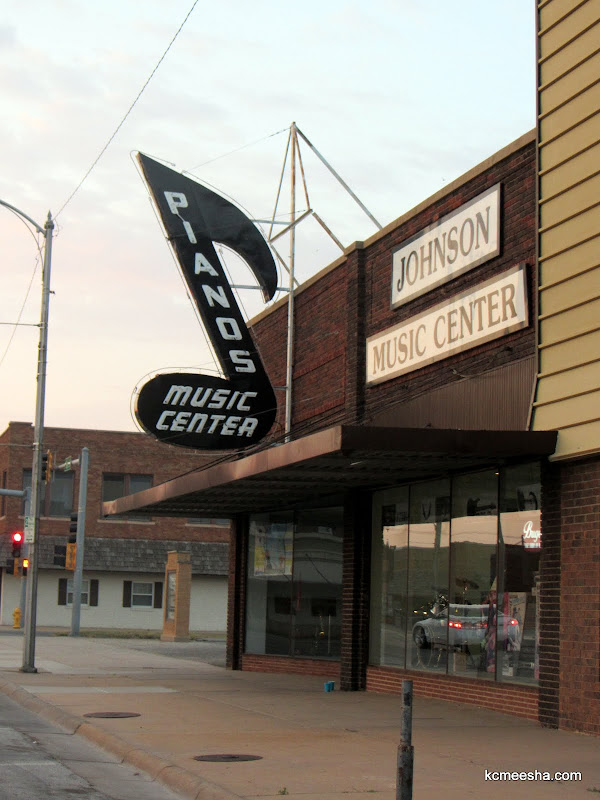 In the next installment:

No, this is not an old people recycling facility… 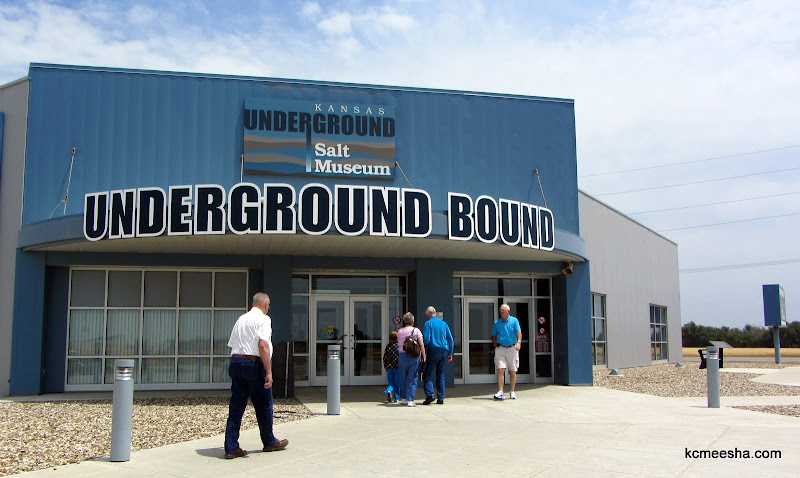