Carousel To The Past

People used to be easily amused. A ride on a painted horse in a circle could’ve been a high point of some Midwestern kid’s year. The sights, the sounds, the smells of carnival rides became the cherished memories people carried through their lives. Even I remember when a carousel ride wasn’t lame, but, of course, I am much older than my physical age.

Last week, on the way to Atchison, we visited the C.W.Parker Carousel museum in Leavenworth, KS. Apparently Leavenworth used to be the center of the American carousel industry and a home of C.W. Parker – a carousel and carnival magnate and a self-made millionaire. 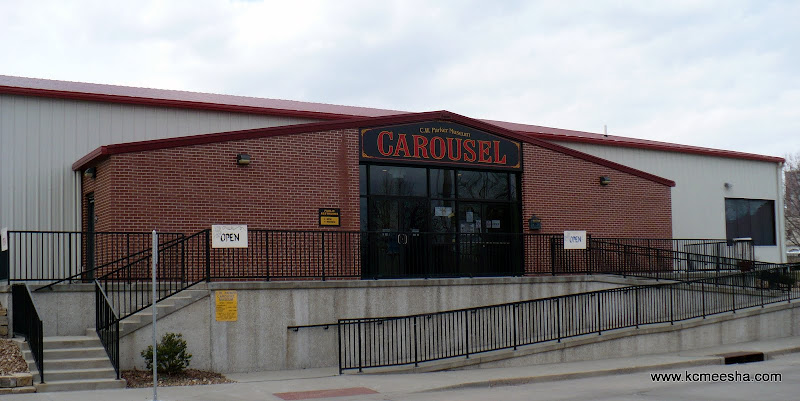 Although the museum is not housed at the location of the original C.W.Parker factory (which is still standing), it contains a unique collection of carousel artifacts, two completely restored fully working carousels, an antique hand-cranked carousel and multiple photographs and period displays. But the main asset of the museum is a group of volunteers who call themselves “an over-the-hill gang”. They spent thousands of hours restoring the carousels from a pile of rotting junk into their current amazing condition, fundraising, collecting the history, organizing and setting up displays and now running the day-to-day operations from ticket sales to running the rides. 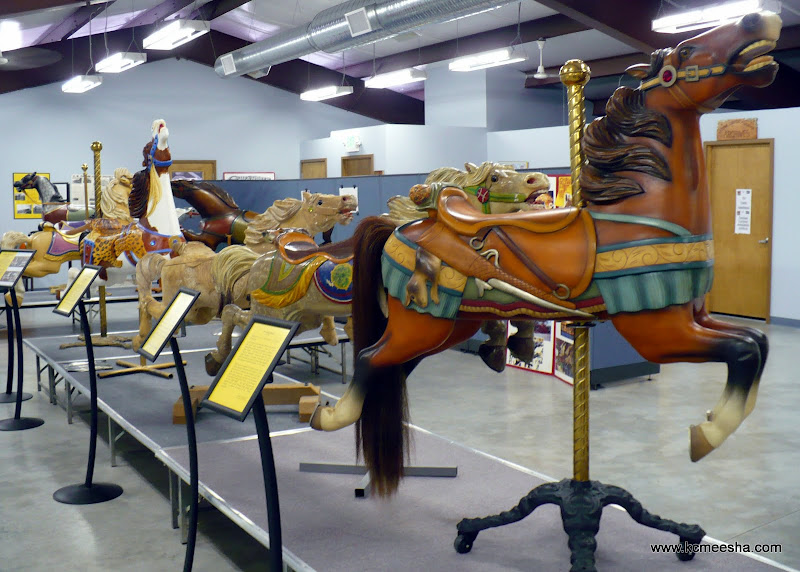 It’s common to see people of all ages on the carousel, young and old alike are climbing into the saddles of 100-year-old horses, some just for fun, some to relive the memories from the time when one didn’t have to go to the museum to find a working carousel. 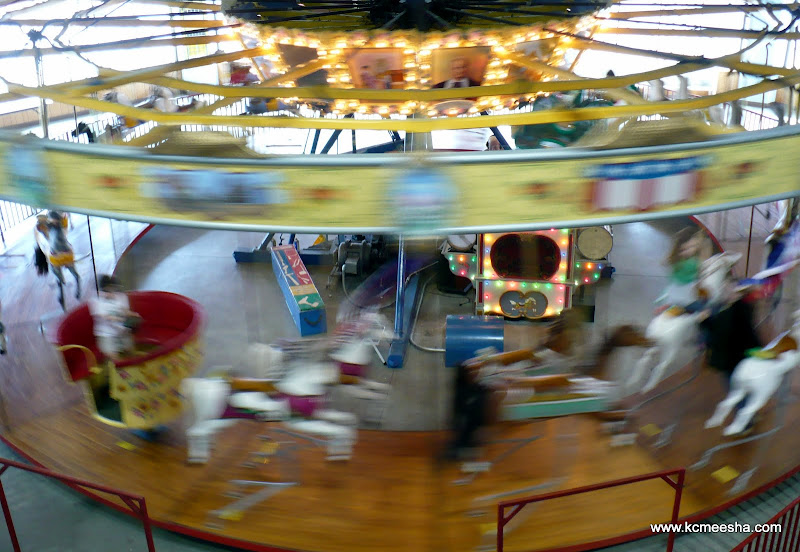 Of course, the carousel wasn’t the only entertainment. 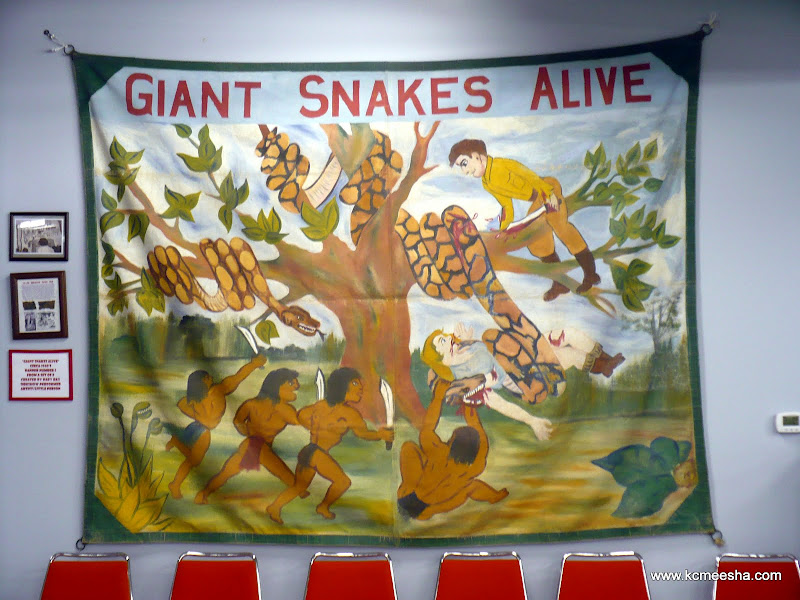 …and Sweet Marie, for some reason wearing very large ballet shoes, wasn’t on the Biggest Loser. 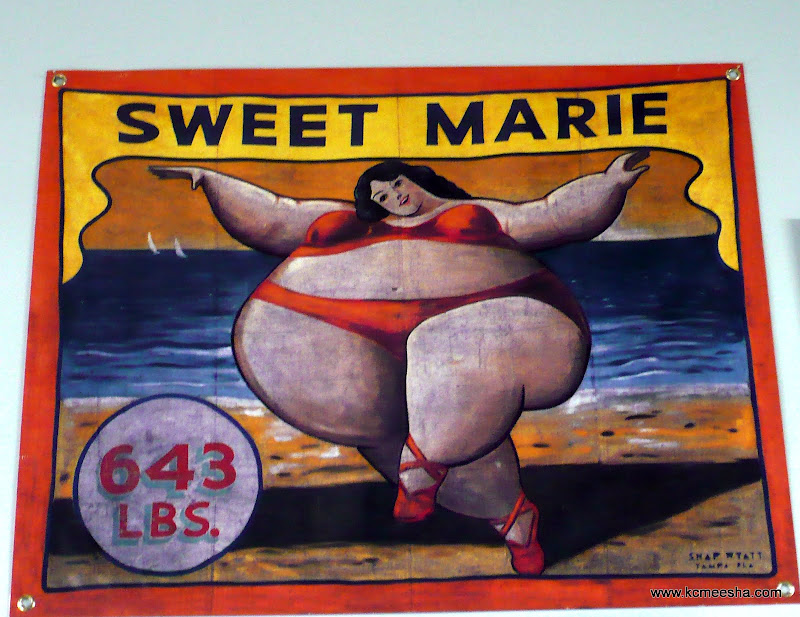 The C.W.Parker Carousel Museum is appropriately presented by the Davis Funeral Chapel: 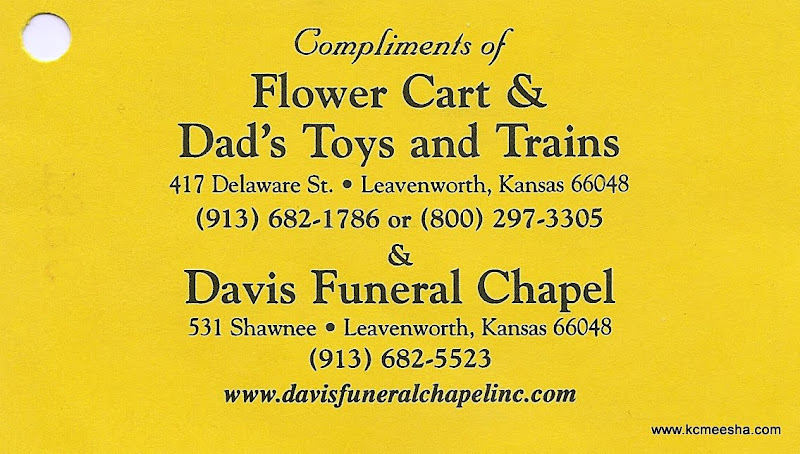 From Leavenworth you can follow The Glacial Hills Scenic Byway to Atchison, KS – a city that milked Amelia Earhart to death, to see her childhood swimsuit… 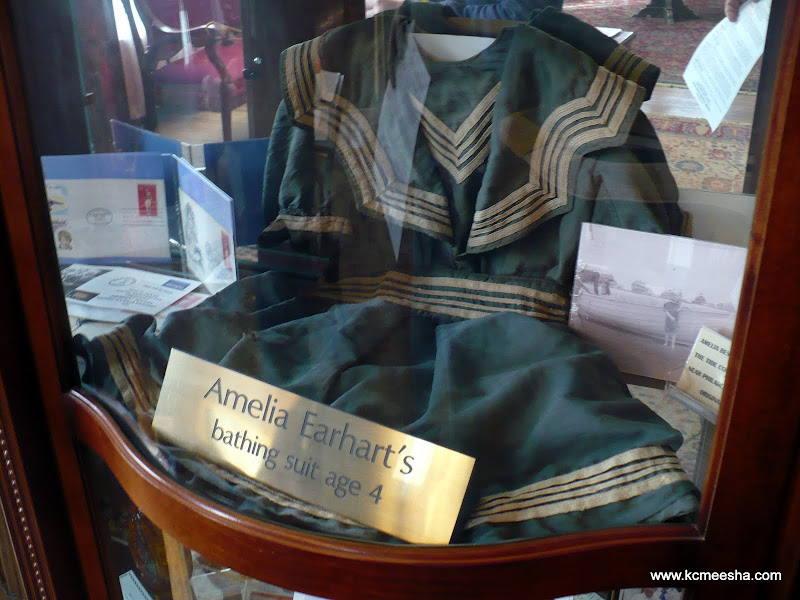 …and this lawn ornament. 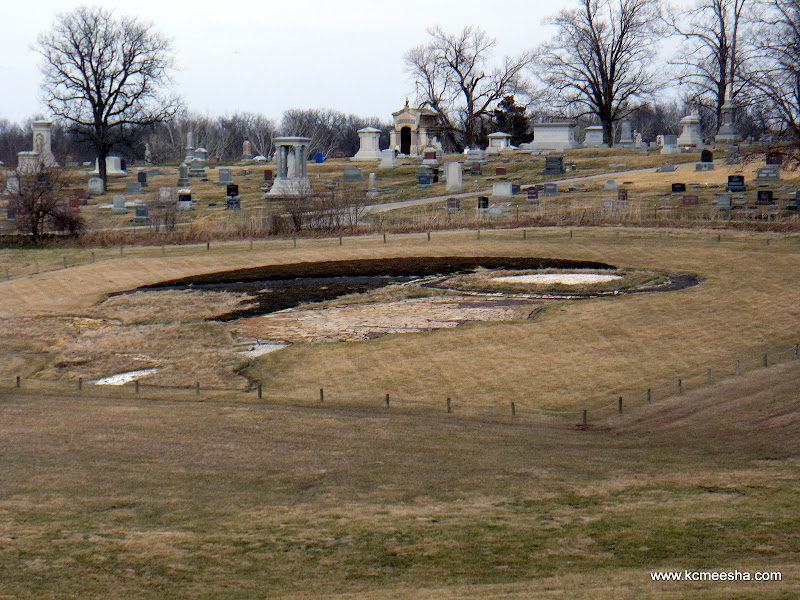 If you are not a fan of Amelia Earhart, I suggest delaying your visit to Atchison until the trolley is running. For a nice outdoor lunch overlooking the Missouri River we liked the Flyers.

Pro tip: for some reason the gasoline prices in Leavenworth are 20 cents cheaper than in surrounding cities. Good place to fill up.

And now we dance!