Sons of the Mad Men

If you read this blog on a regular basis, you know that it mainly consists of retro items. Whether it’s my memories of living Behind the Iron Curtain or numerous collections of the Old Photos, there is no shortage of nostalgia on these pages. Strangely, American retro is equally interesting to me, even though, for the obvious reasons, I can’t be nostalgic about the American past.

When I was researching my post about Bert Berkley I was frequently distracted by the ads in Kansas City magazines from the 1970’s. Ads about new real estate, long-gone stores and restaurants, services that became obsolete years ago, banks that are now forgotten, new cars that are now rotting in the junk yards. Some of you may remember these things, old restaurants, banks, hotels and car dealerships; others may recall being excited about the new modern services such as ATM machines and pagers. For many who weren’t alive at that time, the ads may seem naive, prices shockingly low, services overly personal and generous. For me it’s a trip to the past, not my past, but nevertheless exciting, and an ability to see it from the vantage point of 2010 – what survived and what didn’t, what made it to the future and what is now erased from the memory and the city map. I went back to the Library, checked out some magazines from 1974-77 and copied a few ads that I liked. The quality of the images is not that great but old magazines are not easy to photograph in the dim light.

In 1970’s the technology was still making baby steps, and the new ATM machines had to be introduced in a friendly non-threatening way: 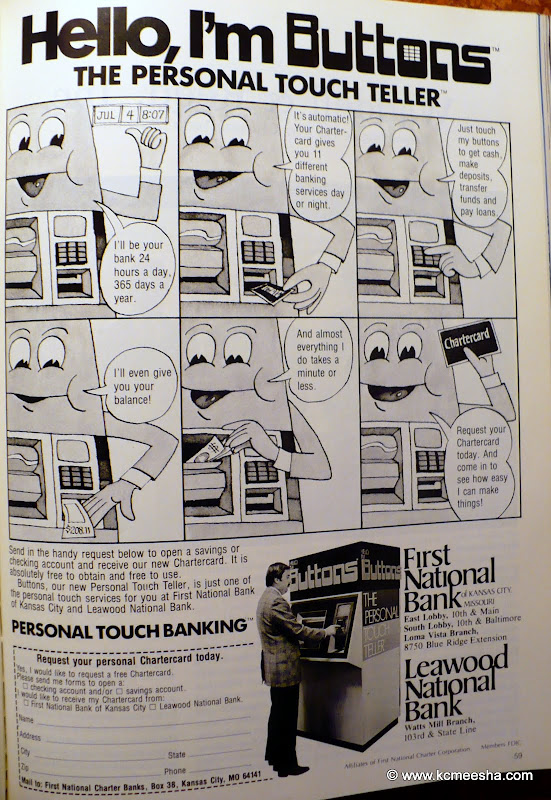 New phones just hatched out of the eggs: 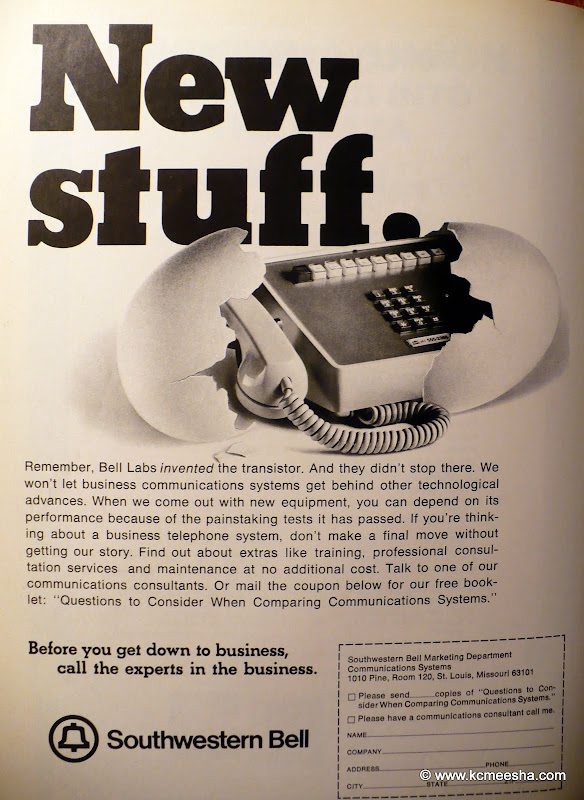 For $31.95 you could spend 3 days in Vegas, enjoying shows, breakfasts and cocktails: 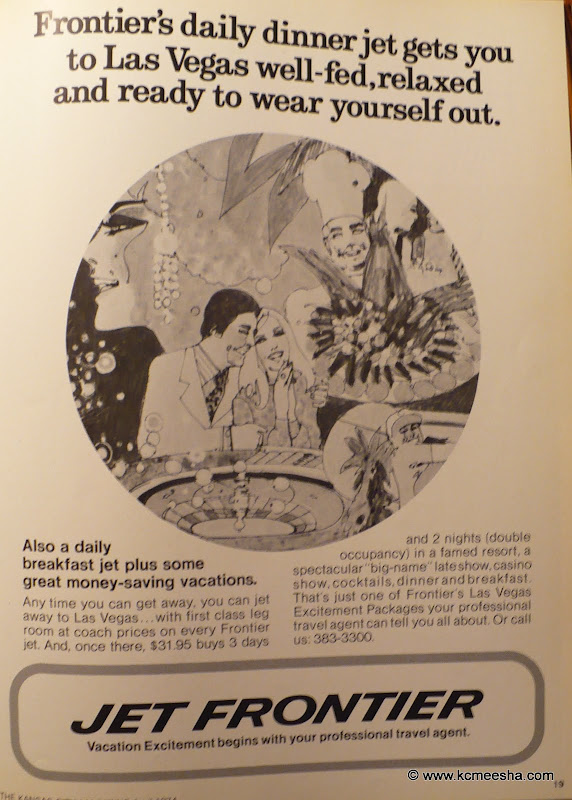 H&R Block did your smoking and coffee-drinking for you: $1.75 bought you a hamburger, fries and a slice of sweet Bermuda onion at the Hereford House: Doctors treated patients while their money was tended by honest financial counselors: 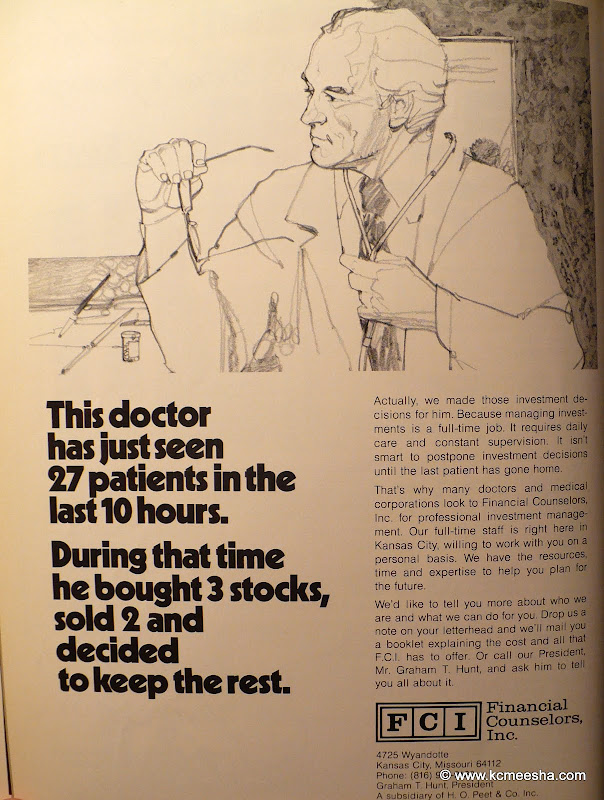 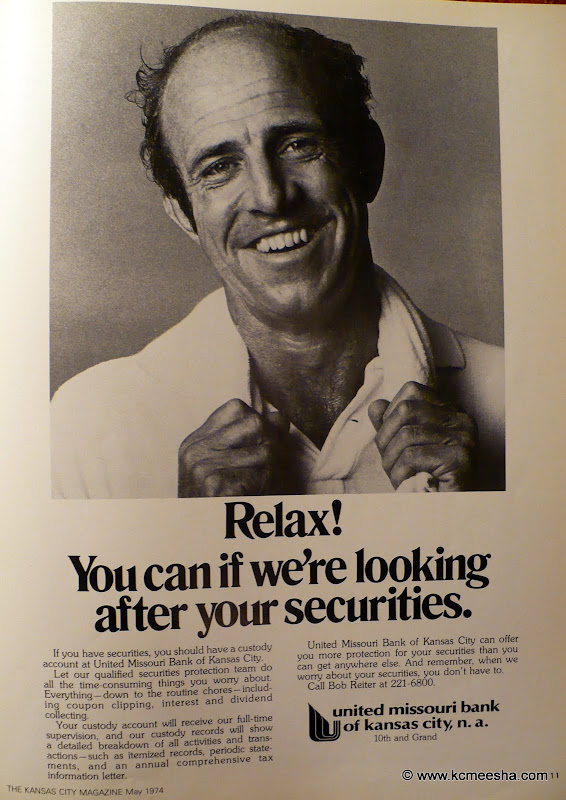 Jasper’s was still at the old location: 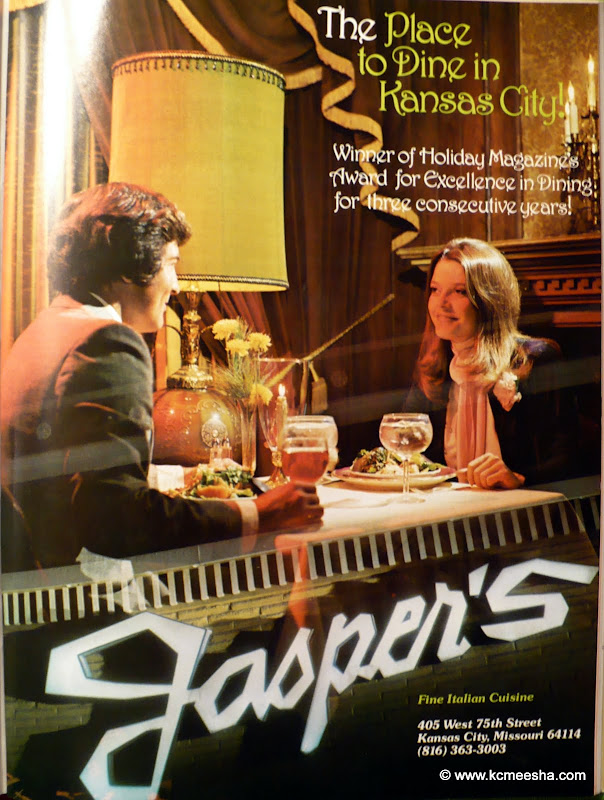 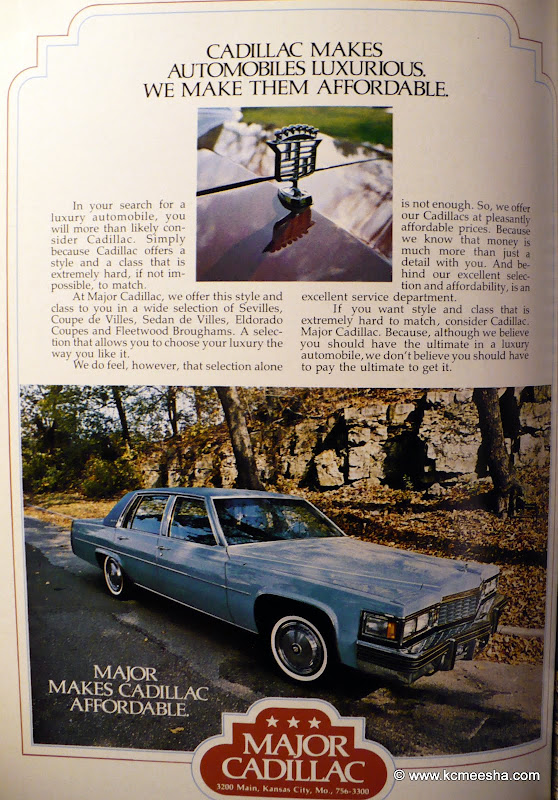 Union Station had a seafood buffet: 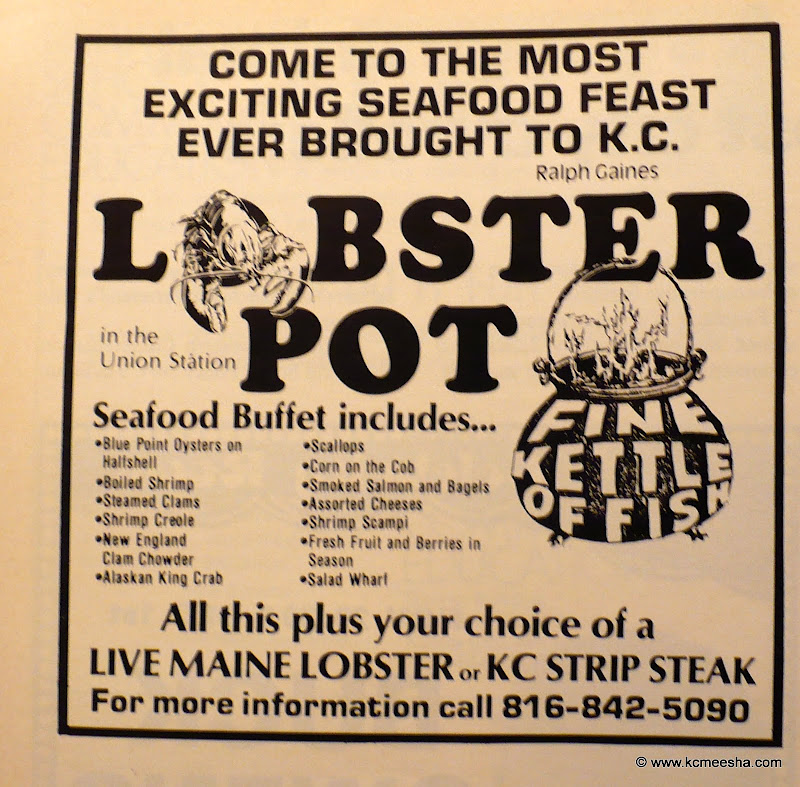 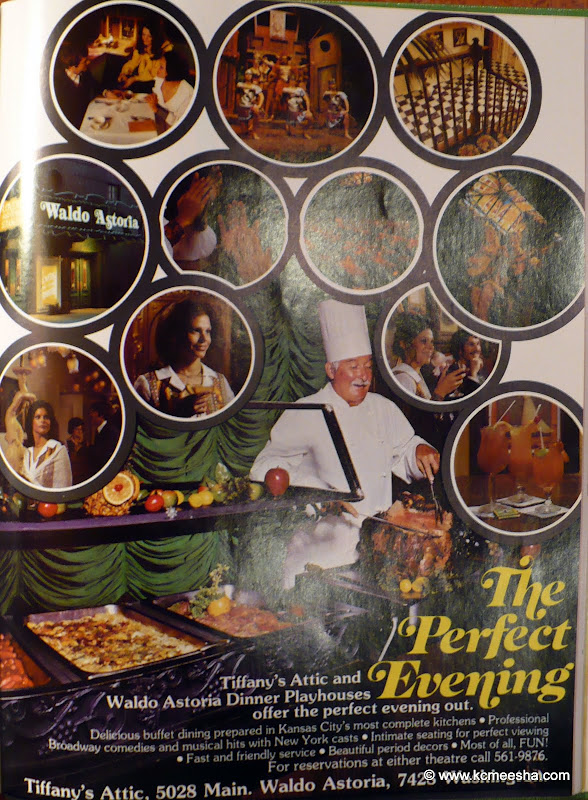 A day in the Worlds of Fun had the same amount of fun but only cost $7.50 (before the coupon). 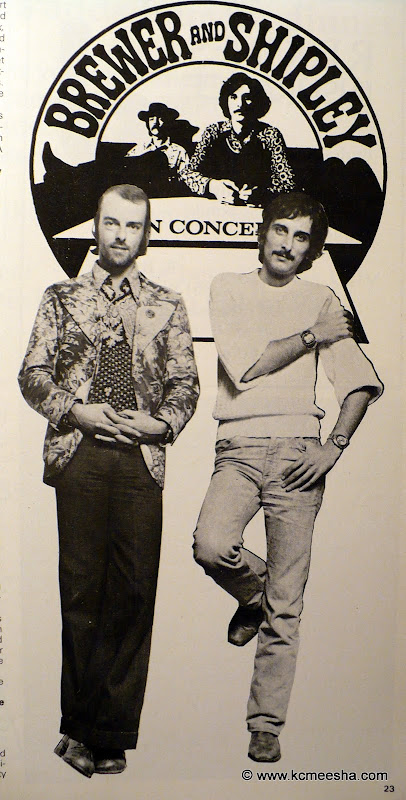 Blue Springs had a plan: 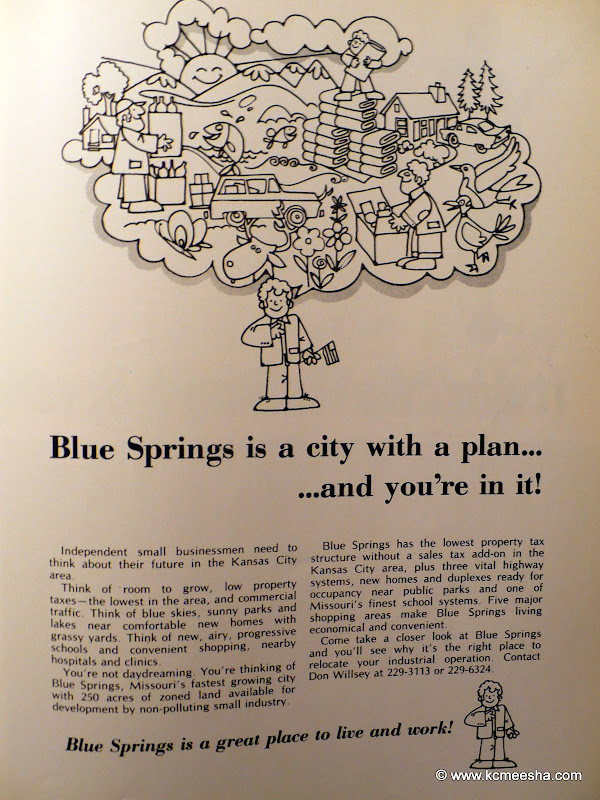 Banking in a trailer? Surely the cutest gals on the Plaza couldn’t hurt. 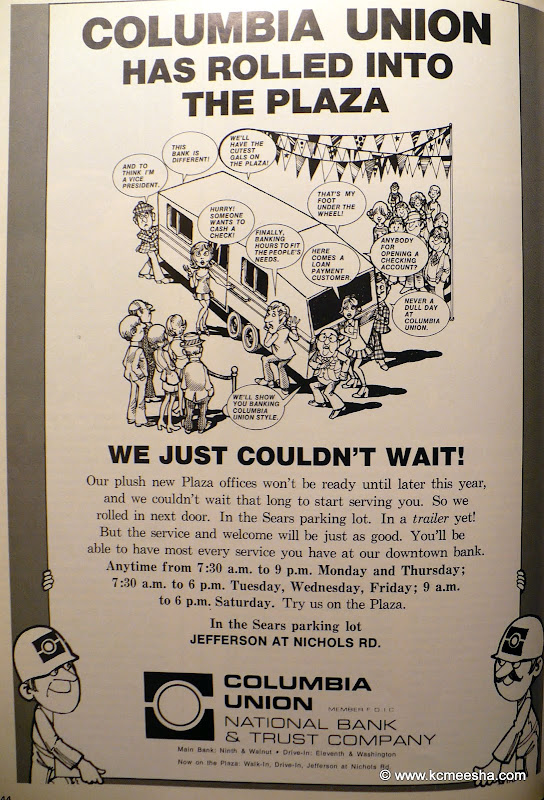 Food at the Municipal Airport? 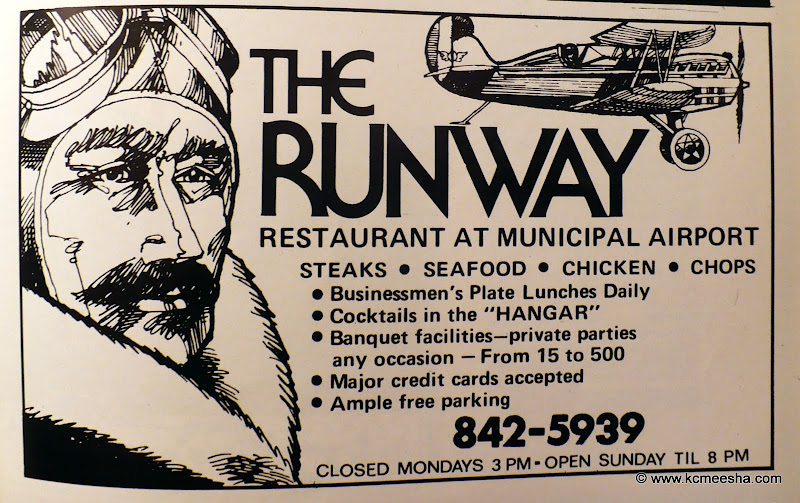 Real dinner on a plane? And hospitality? 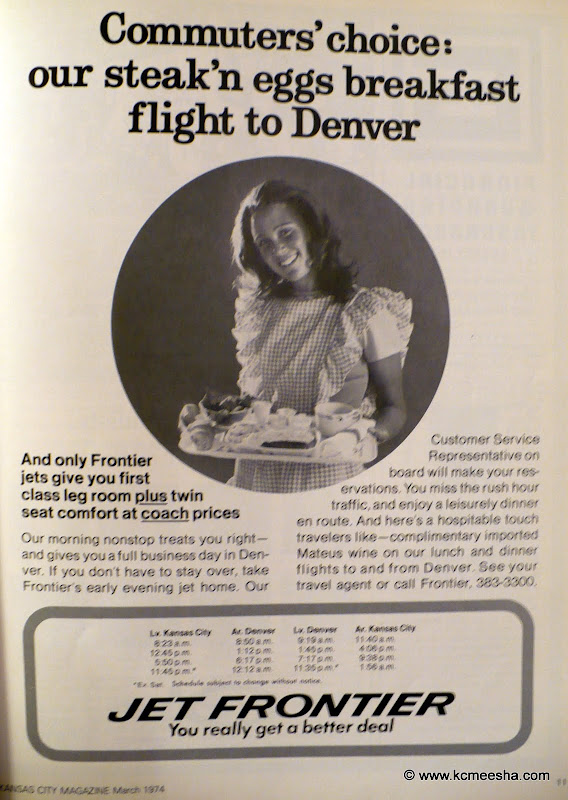 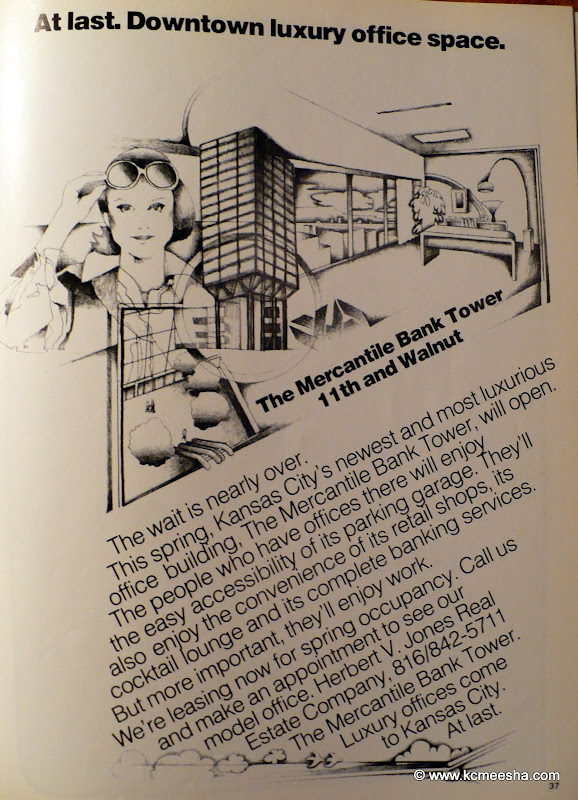 And even in Kansas you could sleep better, knowing that your bank is in Missouri. 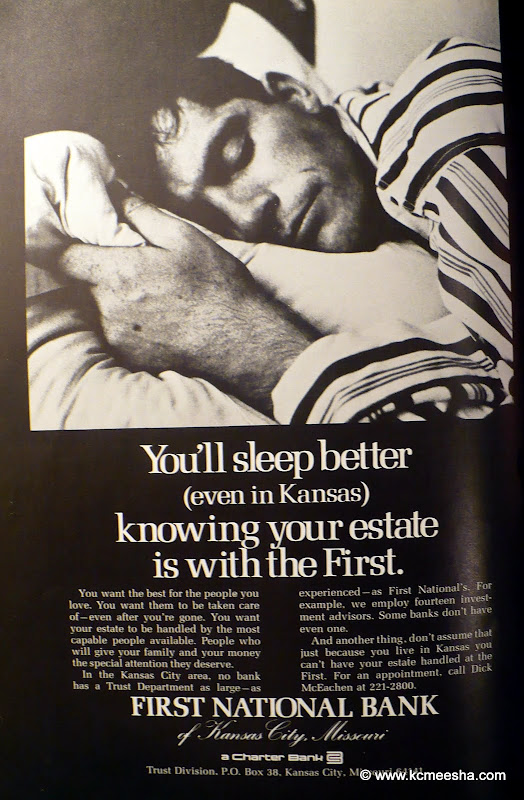 I could look at the old magazines for hours. Something about the old advertisements makes me smile. I don’t know if 30 years later someone would be enjoying the ads of our age but they are a part of history and they tell the story that’s not in the history books – the story of us.