20 Years Without The Iron Curtain:Military Draft

Last year I wrote about the day I was drafted in the military. I tried to convey the atmosphere of that day, the feeling of getting into something scary and unknown, leaving one’s home and family, and realizing that there is no way back after one crosses the gate. Yesterday, when the photos of a modern day military draft in Ukraine went around the Internet, I realized that besides the new uniform not much has changed since the day when I showed up at the draft processing location.
The military didn’t allow to keep the civilian clothes, so whatever possessions we had were either thrown away or taken by older soldiers who were allowed to bend the rules a little. I thought I was being clever when I showed up with a short but not bald haircut, like some of the recruits on this photo. Clever wasn’t one of the desired qualities in the military, so I was told to cut my hair again. 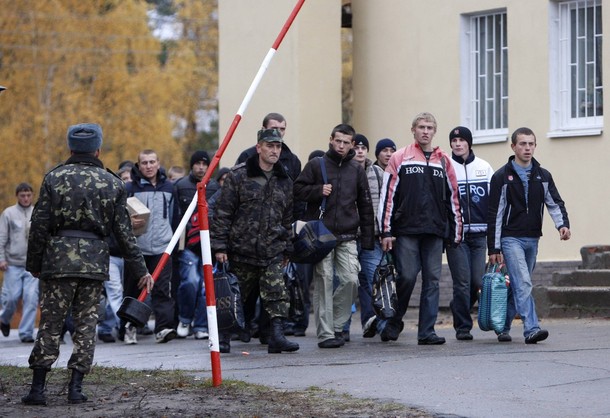 Here we see a group of “fresh meat” and a group of soldiers already processed. Typical barracks on the left. 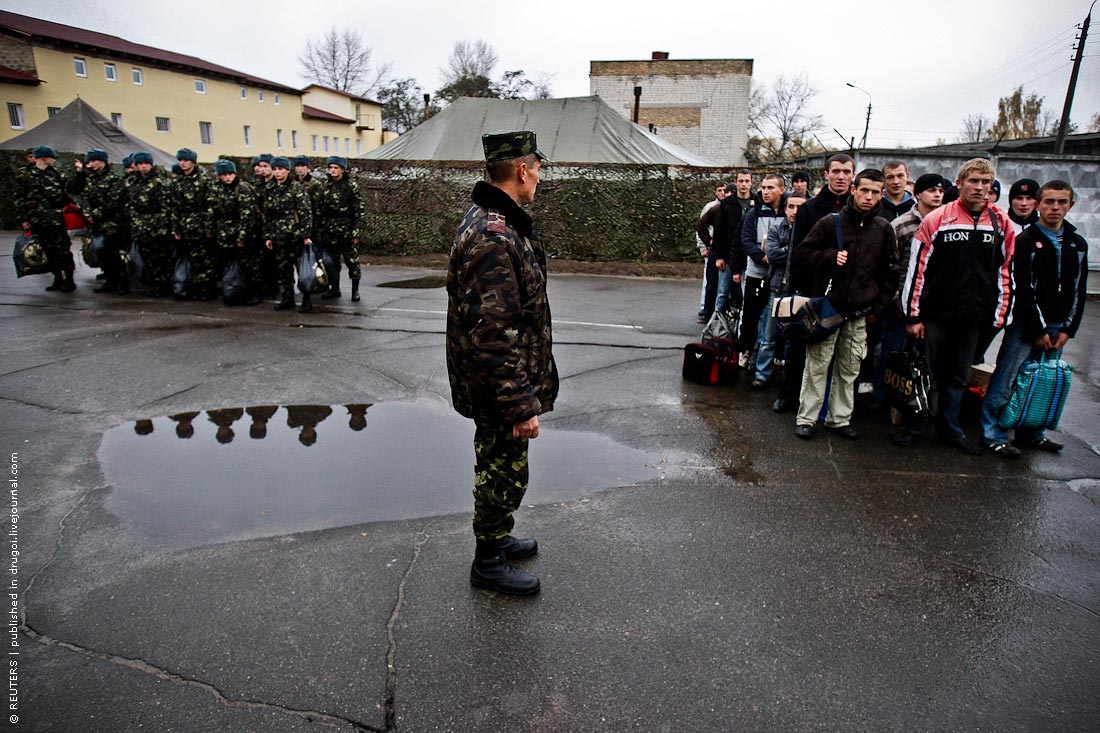 I never looked this good, nor was I ever a fan of walking around naked around people I don’t know. When I was taking my pre-draft medical test, I was lined up together with 5 or 6 more recruits in front of the table with several doctors; we were told to drop our pants down all at once. I guess they were trying to see that all of us had correct equipment down there, they were sitting a few yards away and couldn’t have possibly determined anything else. The arrow-sign on the wall says “doctor”.

In this shot the recruits are united with their new long underwear. In summer it was usually blue boxers and who-knows-what-color tank top. Winter season came with long underpants and long-sleeve undershirt. Every week at the showers the dirty underwear was taken away and the clean underwear was brought in a big stack. If you were slow you’d end up with a wrong size underwear for the whole week or even worse – see the streaks from the previous owner. 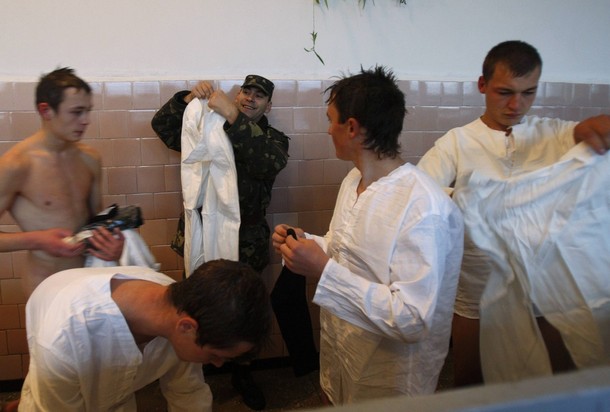 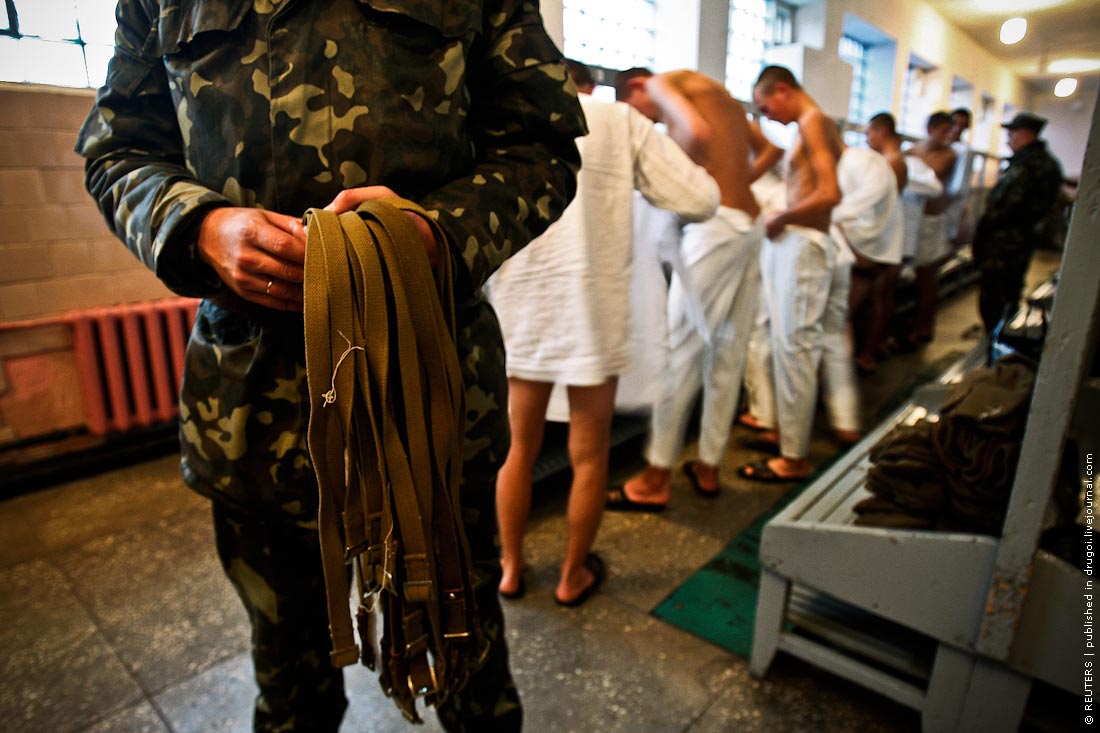 Somewhere along the way they were issued a piece of soap. 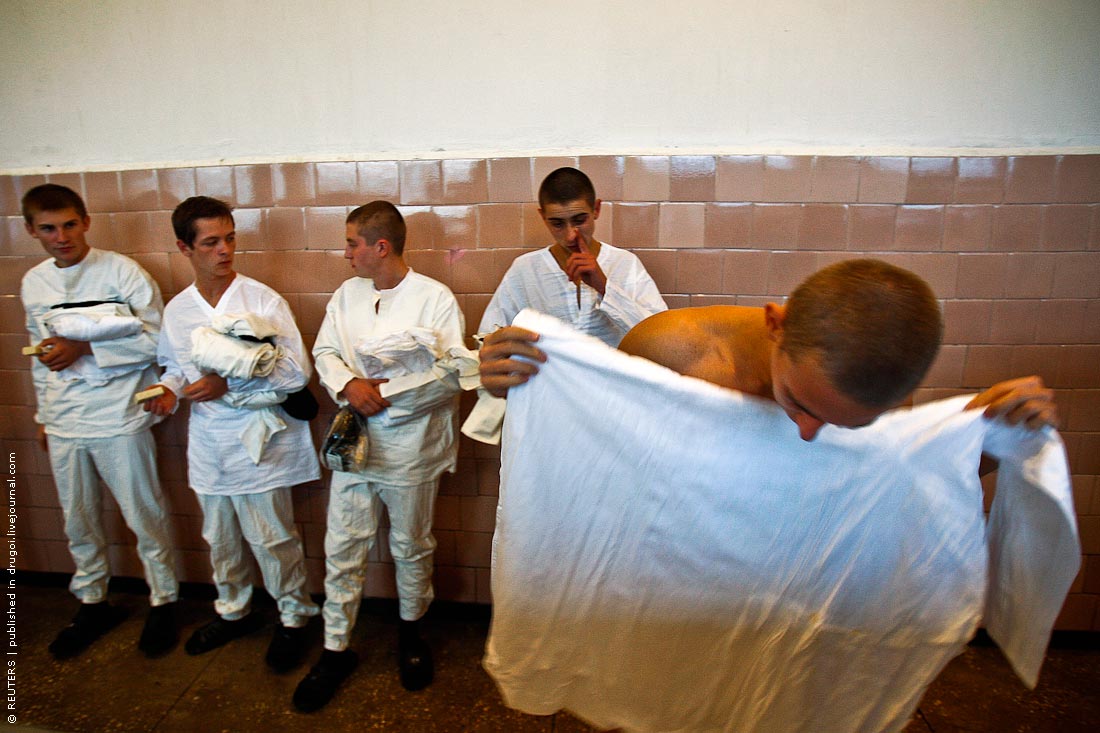 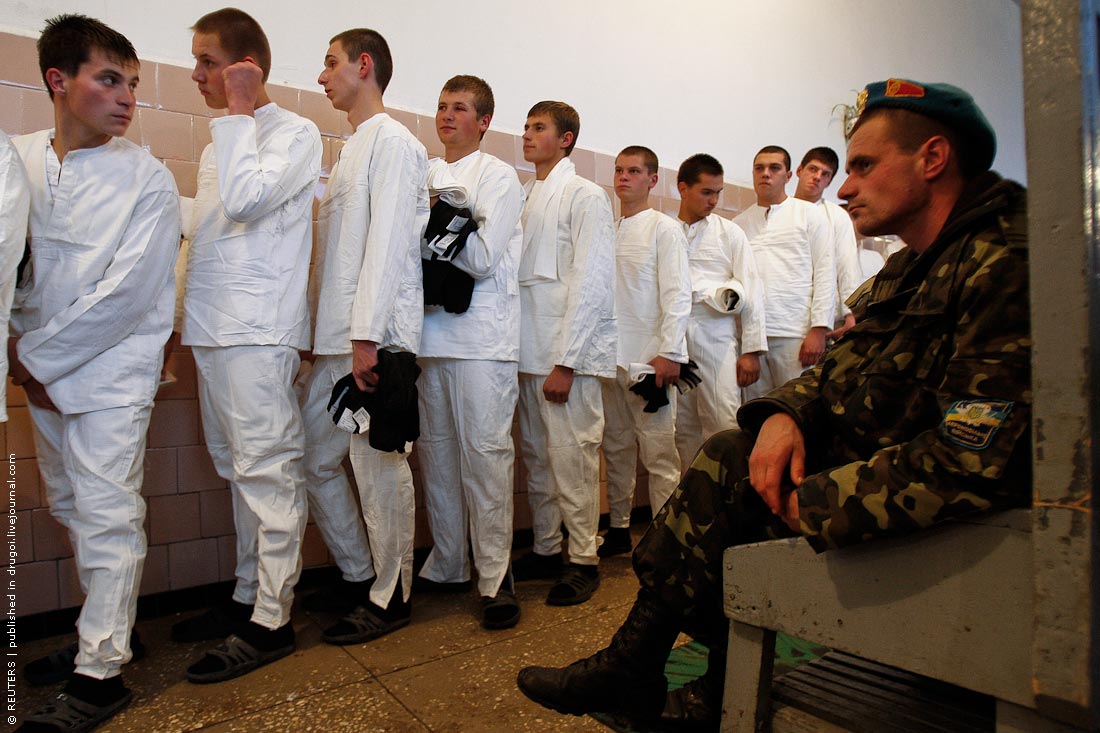 Now on to the uniform. 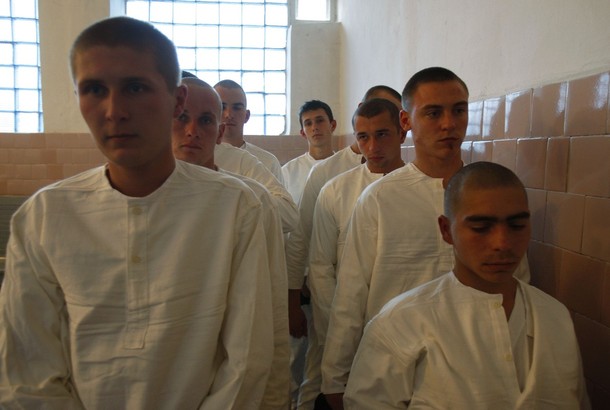 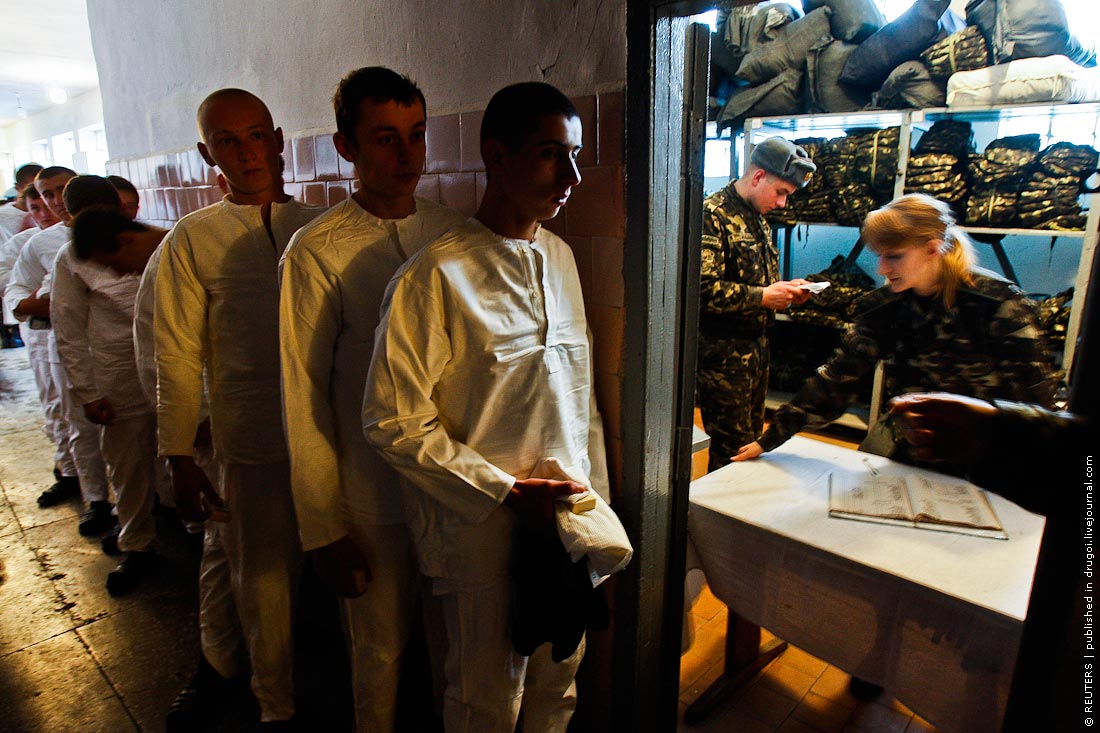 Boots are a definite improvement from what I had to wear. 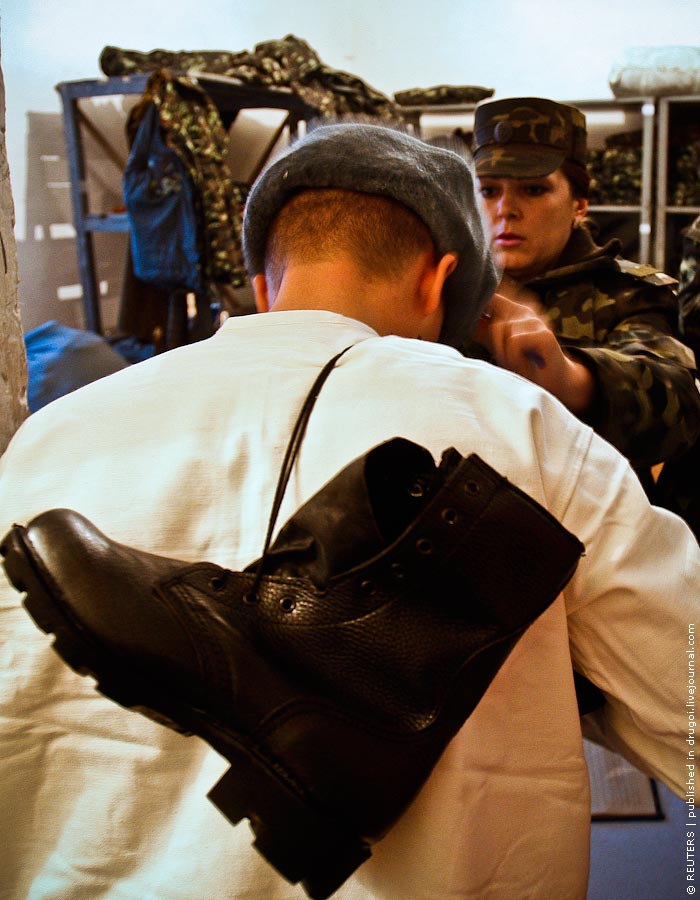 Hats stayed the same but there is mo emblem on the front. 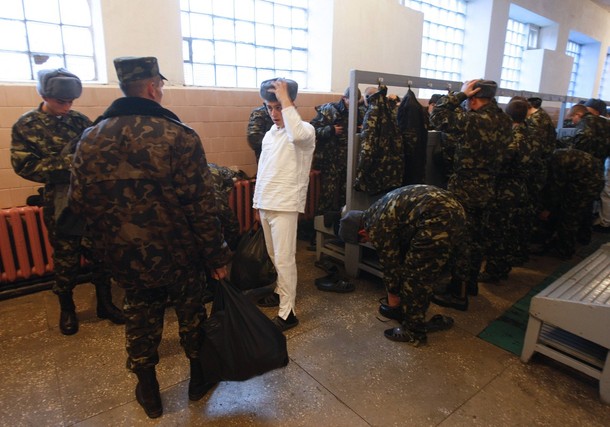 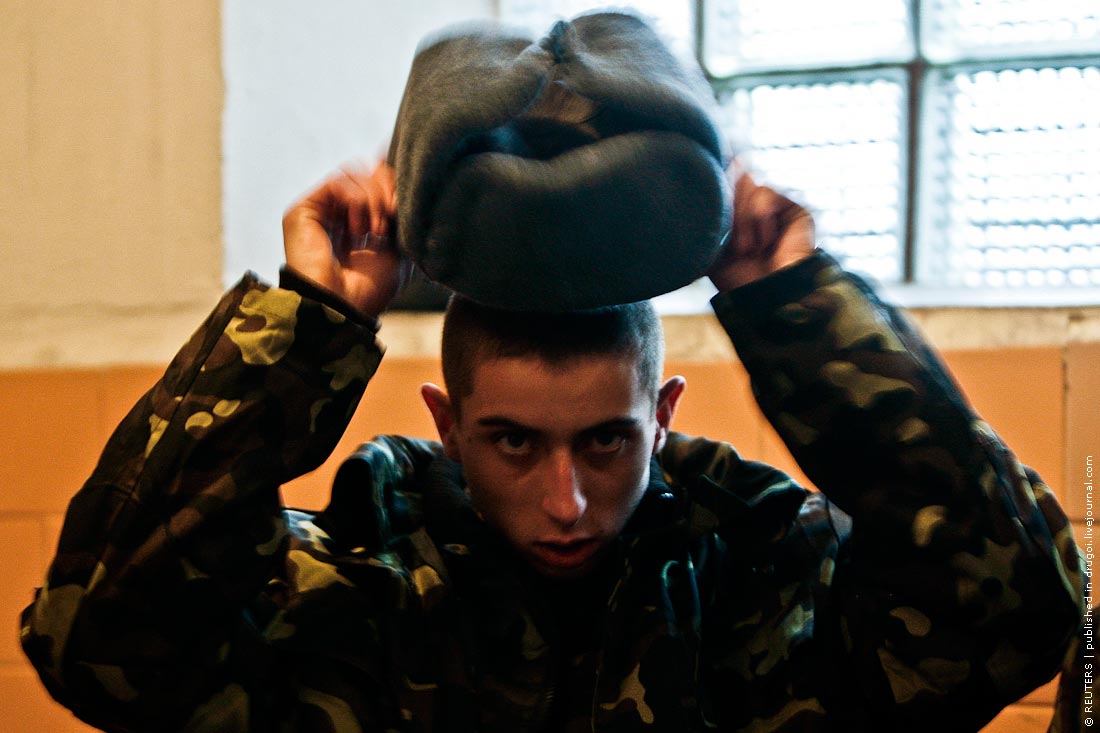 Last look at the old life.

And now all ready to go. I have no idea what’s in these boxes. 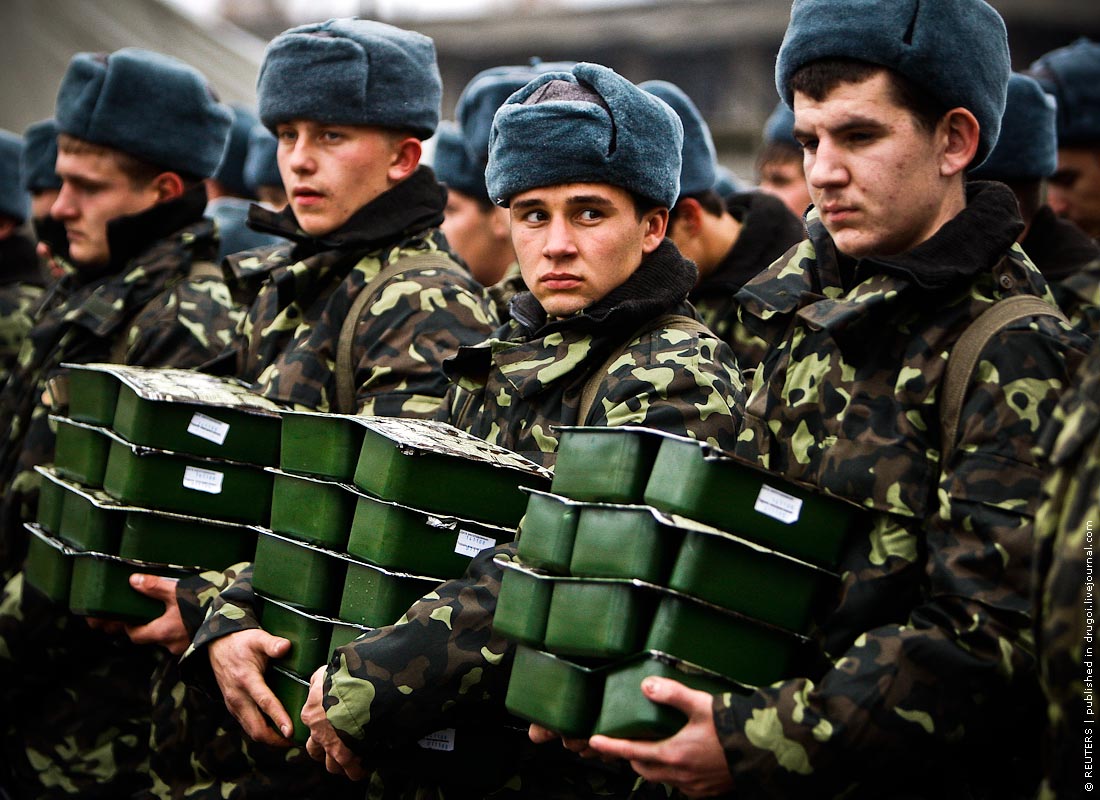 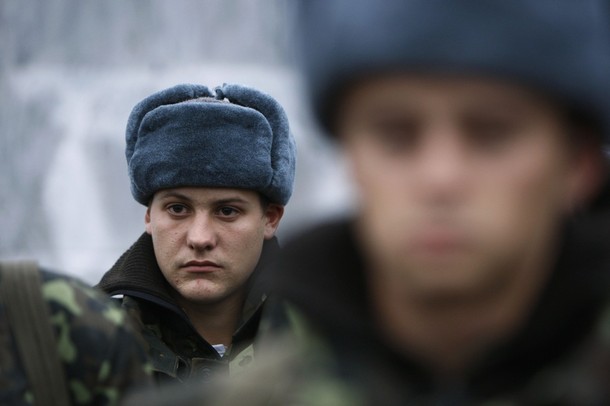 What stands out in all these images is a scared look in these kids’ eyes. Some things never change.