Today I went to Grinders to partake in the He’Brew Happy Hour and to meet the founder of the Shmaltz Brewery Jeremy Cowan. I have no idea why I did that: I am not a giant beer fan and when Jeremy introduced himself and tried to blind me with scientific beer-speak I acted like he was speaking Chinese and ordered a beer because it was on special. I ended up with a Coney Island Sword Swallower and I am pretty sure it was a beer. 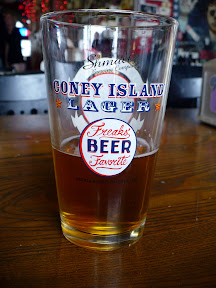 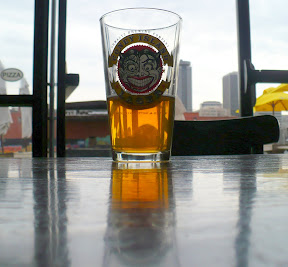 While the beer was good and Jeremy Cowan was very nice and stopped by to talk to me when he was leaving, my trip to Grinders was even more delightful because I met the former proprietor of “George’s Cheese and Sausage Shop” and Hy-Vee Hall-of-Famer George Detsios.

I remembered reading about him here and there and even having a commenter on this blog suggest trying out George’s goulash at Grinders on Mondays. I talked to George for more than 30 minutes about his life, travel, his job at Hy-Vee, his old shop and his weekly Hungarian cooking at Grinders. By the time we were done taking I knew what I will be doing next Monday.

On Monday, March 23 between 5 and 6pm you are welcome to join me at the Grinders for goulash cooked by George Detsios. 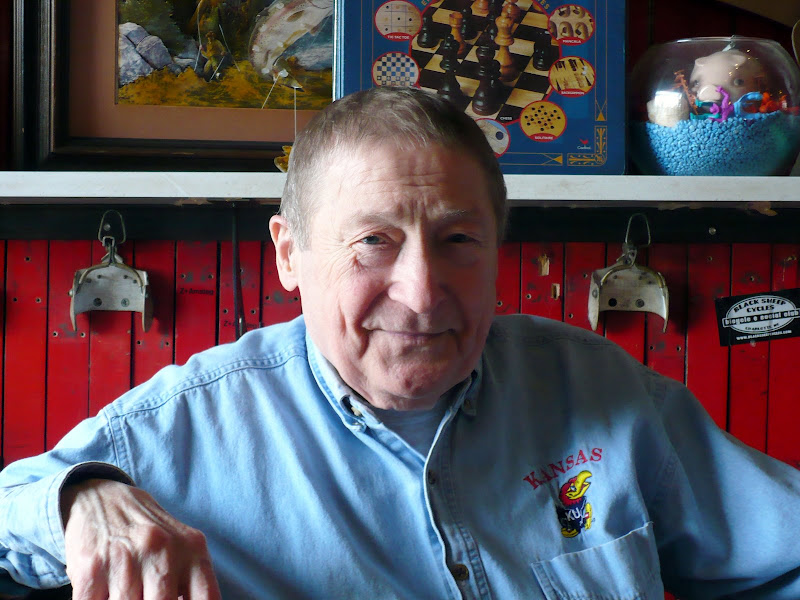 After a beer or two be prepared for some Hungarian singing and possibly dancing.