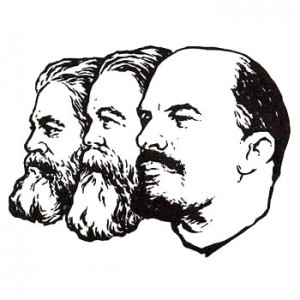 The phrases “income redistribution” and “socialism” are thrown around by clueless people a lot these days. Any tax system that has a welfare component probably qualifies as income redistribution so the fact that it already exists in this country shouldn’t surprise anyone. At the other extreme is the Soviet system where the Government kept 100% of the GDP and then redistributed part of it back to the citizens in the form of wages, pensions, subsidized consumer goods prices, free education and health care, etc. In between, there are many countries that struck a certain balance between the socialist and free market economies. What constitutes a good balance is still open for discussion.

Unlike many people who carefully counted other people’s money and decided that they have too much, I am a firm believer that in the market economy everyone it worth exactly what they earn and if they earn it, they should be able to keep their income and pay some reasonable amount of taxes to pay for the infrastructure, defense and certain social services.

Granted, the Soviet Union looked great from the outside, every citizen was taken care of with free social services, 30-day vacations, free or cheap childcare, summer camps for the children, subsidized trips to resorts, cheap food and consumer goods but it was achieved by keeping everyone borderline poor, with many people living in medieval conditions, WWII-era equipped hospitals, ugly, ill-conceived, unusable merchandise that wasn’t always available. Add to that food shortages, long lines everywhere and inability to do anything without prior government approval and you may see why the life behind the Iron Curtain wasn’t so peachy. I think the weakest link in the Soviet system was their attempt to remove normal human greed from the economic equation. The ideal was, of course, that the people will get motivated because they loved their country. After that didn’t work out, various other means were tried out from the New Economic Policy to confiscations and labor camps. People realized that if they can’t achieve anything within the system they were going to do it outside of the system. Soviet Union had probably the biggest shadow economy ever known, as well as the most corrupt population in the world, where everyone from a clerk, to militiamen, to doctors, teachers and government officials accepted and oftentimes demanded bribes. But even if a certain Soviet citizen somehow managed to amass a fortune he would have a hard time spending it without attracting unwanted attention from the government or from fellow concerned citizens who were busy watching out for anyone stupid enough to get ahead. A very famous Soviet-era satirical book “The Little Golden Calf” featured a character who had a suitcase full of money but was forced to live without spending any of it, once a week reuniting with his wealth at the storage.

On the other hand, Sweden is often cited as a triumph of the socialist system but even they had to adjust when it was realized that stifling entrepreneurship with high taxes led to the loss of employment and shrinkage of the GDP. Many would argue that Swedish system is not sustainable and is a myth, for an even-handed article you may want to read this one from Forbes. I think that a very important component of the Swedish model is their ability to control immigration. This way they concentrate on providing social services to their citizens.

This country somehow managed to avoid all-out income redistribution by trying to keep the people content with what they earn, convincing them the opportunity awaits if you work hard and not take any shortcuts, and selling a tempting vision of the American Dream. Theoretically many people had the same opportunity as Steve Jobs, Warren Buffet or 2 guys who invented Google, but not everyone has talent, drive or desire to take the risk, all mixed with luck which are all needed to succeed. Short of winning the lottery, the best way to get one’s hands on other people’s money is to vote. There are many rationalizations on why this is fair or how paying taxes is patriotic and the right thing to do, but most of the people who say that made sure that they are not the ones affected, instead, just like the Soviet citizens in the past they will be making sure that the other people don’t get ahead.

I am pretty sure that anything I say (or ever said) will not change anyone’s mind. Over $600 million invested in Obama’s candidacy will be repaid many-fold with the other people’s money, and to paraphrase the Communist Party’s statement “the eye is on the prize”. Make no mistake, while millions of people shed tears of joy at the rallies, someone is already calculating the profits. To be fair, the same exact process only with a more grotesque set of candidates is going on on the other side of the aisle. People will adapt, I can see a lot more taxpayers making $249,999.99 in the near future; why bother making that extra dollar if you only get to keep fifty cents. Many others will still keep doing what they are doing. Entrepreneurship doesn’t die, it just goes undercover and dedicates itself to undermining the system that’s trying to stifle it. I may sound alarmist, but 80 years ago people in Russia, the biggest grain exporter in the world wouldn’t believe that their children would be standing in bread lines.

There is still a bright side to all of this. On the Election day it would be decided by a vote, instead of this: