Following the Supreme Court ruling in Comptroller v. Wynne Kansas residents are allowed to amend their taxes and claim a refund of the amount of the Kansas City, Missouri Earnings Tax that was previously double-taxed. Just so it’s clear, you are not getting a refund from Kansas City, Missouri, but from the State of Kansas which previously didn’t allow the Earnings Tax to be subtracted from taxable income which resulted in the now illegal double-taxation.

On August 10, 2015 Kansas Department of revenue issued the following instructions:

As of this writing the commercial tax preparation programs have not been updated to reflect this change and they are not likely to be in a rush.

After consulting with an accountant and checking Kansas Tax forms online I have decided to pay a professional to refile my forms; this is a rare case when I think doing it myself is not worth the hassle. Also keep in mind that it’s likely that the amount of the refund will be taxed on the federal level in the year you will receive it.

Knowing that Kansas is broke I wouldn’t recommend waiting too long to do this. I am sure everyone who files will get their refund eventually, but it may be a while, especially for the late filers.

I finally had my taxes reviewed by a professional and the additional refund wasn’t nearly as much as I expected. Even though the State of Kansas now allows you to claim local taxes on your return, they still fall under the category of taxes paid to other states and there is a limit to how much credit you can get. The limit is calculated using this worksheet: 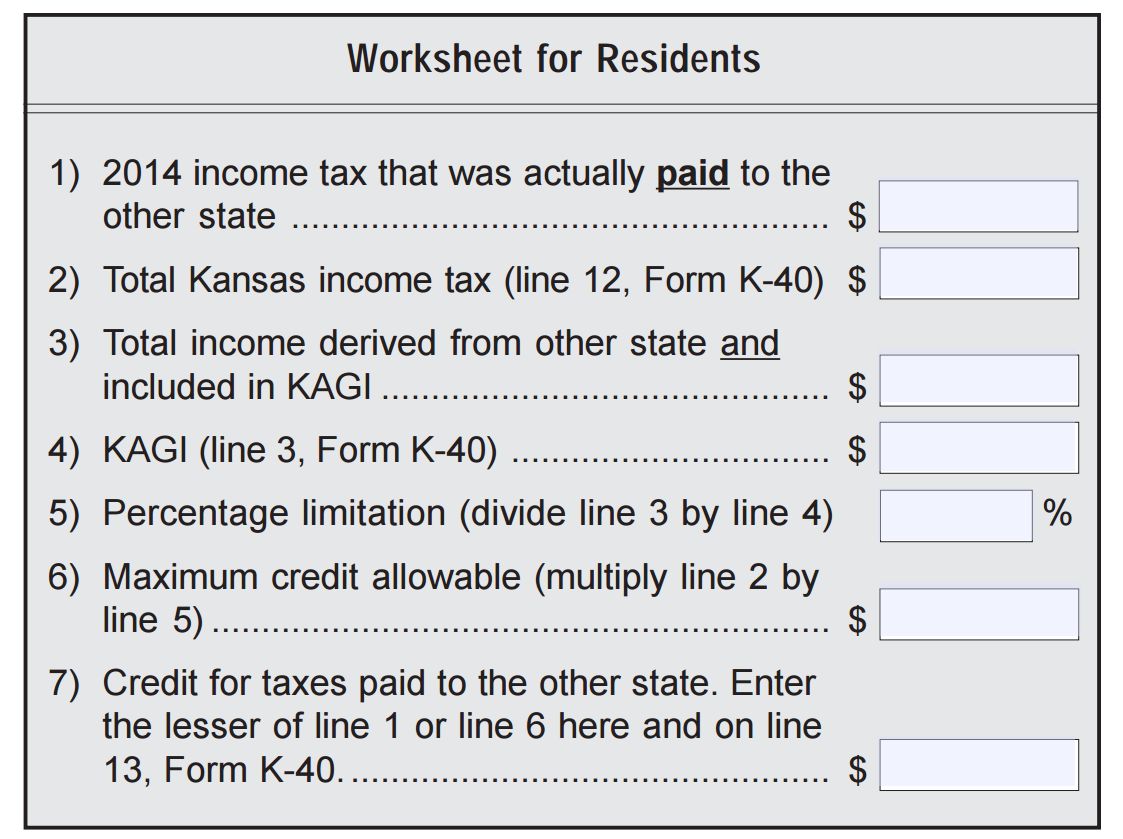 If you already claimed maximum credit allowable on line 6, you are out of luck. So my suggestion is before you spend money or time trying to amend your taxes, run your numbers through this worksheet and see if it’s even worth the effort.

I received a response from the State of Kansas to my amended return where adjustment wasn’t granted. When I called to follow-up, it turned out that they also require a copy of Missouri return and a copy of Kansas City, MO form RD-109NR which actually is not required for taxpayers whose earnings tax is withheld automatically so you probably don’t have it. I downloaded and filled out the form and faxed it over together with my Missouri return. We’ll have to see what happens next.

*I am not qualified to give tax (or any) advice, so please do your own research or consult with a trained professional.