Our Answer To China

Since the beginning of the school year my kid has spent a large part of her spare time participating in the First Robotics team. At first I was skeptical, since  I generally despise all after-school activities, clubs, girl- and boy-scouts and youth sports. But gradually, seeing my kid’s enthusiasm and her inexplicable desire to stay in school for 14 hours on some days, I thought that there may be something to this and it couldn’t be any worse than cheerleading. My work schedule and general laziness kept me from stopping by and checking on the progress of the robot the kids were building, but I had a chance to see an almost ready robot few days before it was shipped to Chicago for the upcoming regional completion.

This was one of the many times when I felt ancient. I thought about my technology-free childhood while staring in amazement at what the kids have built. I am pretty sure the first space station was launched with less processing power than this robot uses to shoot basketballs and drive around the obstacles, and that power is controlled by a group of 15-18- year old kids with joysticks. Many different skills are needed on the team  – from production, to electric design, to programming, to creative and technical writing, to safety, graphic design, team management and fundraising. Instructors and mentors practice hands-off  approach and let the kids take complete control.

These are the kids who will be this country’s answer to China and others who are rapidly moving ahead in the science and engineering fields. These are the kids who will take this country to the future, not you soccer and baseball-playing children, not competitive swimmers, and definitely not your cheerleaders, unless they are also doing this. Few people  remain baseball players into their adult life and even fewer find employment as cheerleaders. And while these activities are not without a benefit (whatever it is), they are completely irrelevant to the long-term future of this country, its position on the world technology stage, its prosperity and self-respect.

I had a chance to visit a First Robotics Regional which was conducted in Kansas City over the weekend. Several things there impressed me and managed to wipe out most of my usual cynicism. The sheer number of participants who traveled from 9 states to take part in the Regionals was beyond anything I expected going in. Most of the kids didn’t look like the characters from the the Revenge of The Nerds. The level of excitement rivaled any sport event. The level of creativity, both visual and technical was impressive. There was a large number of handicapped kids and not fake ones like they have on Glee. There were probably equal numbers of girls and boys. There were plenty of involved parents, mentoring, helping and cheering.

This wasn’t the first time my kid picked something the impressed me over my reservations and general whining. What I saw in the Arena made me feel good about the future.

Next year I might even write a fundraising letter or two.

Now for the visual part of this post. First, a short video to give you an idea of what the teams are trying to accomplish.

And now some not so great photos. 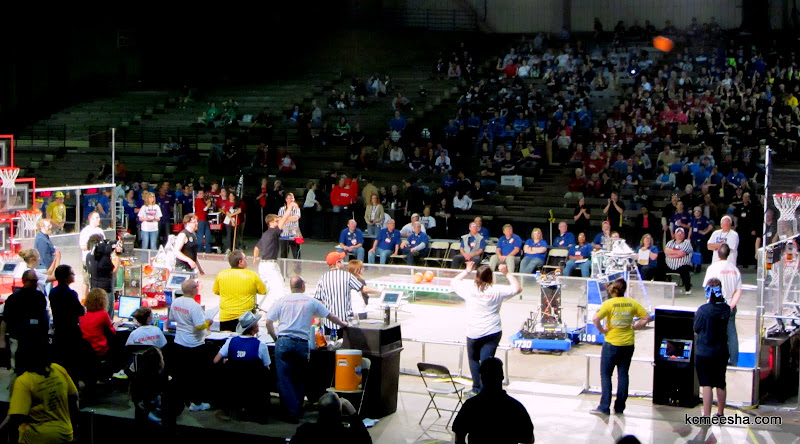 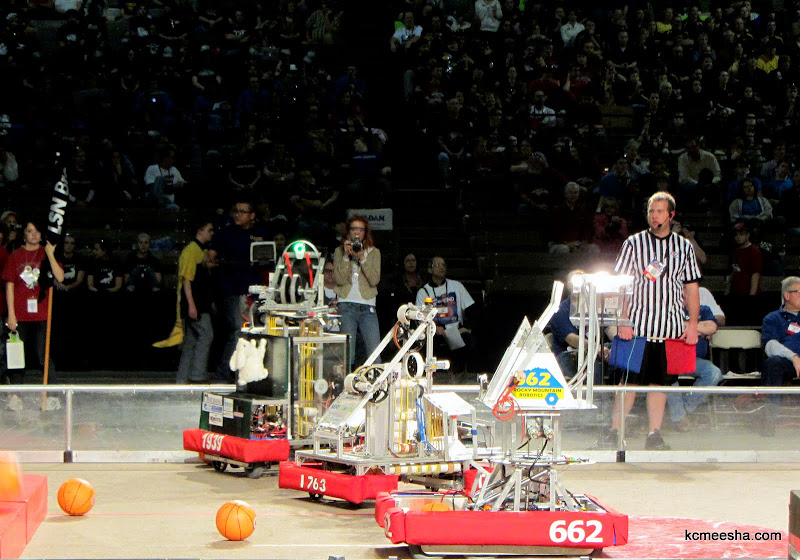 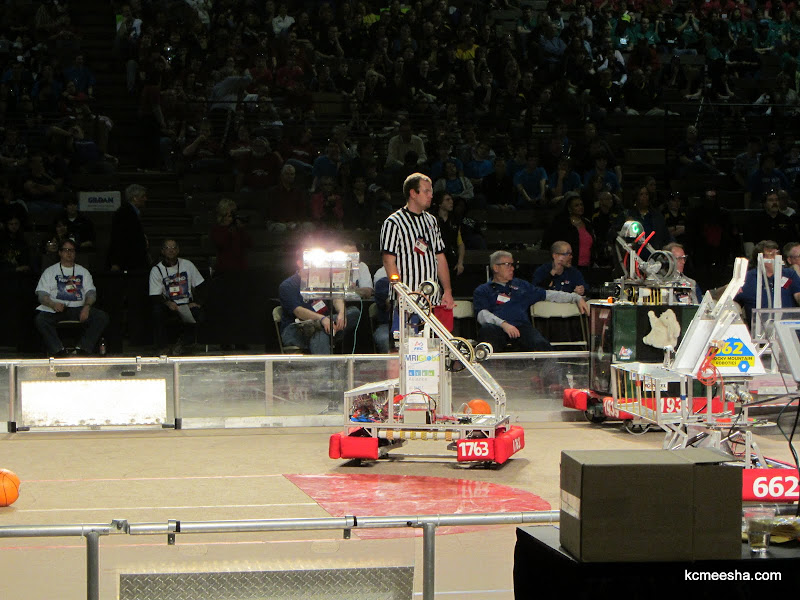 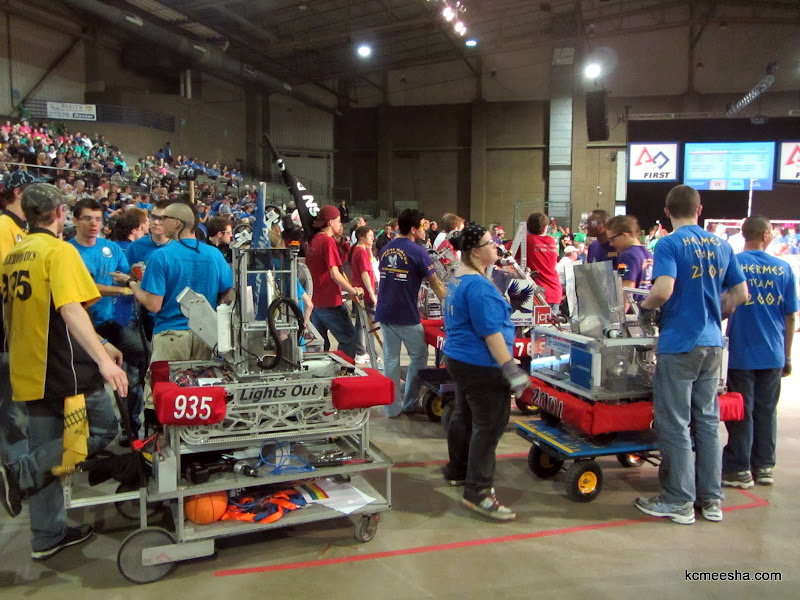 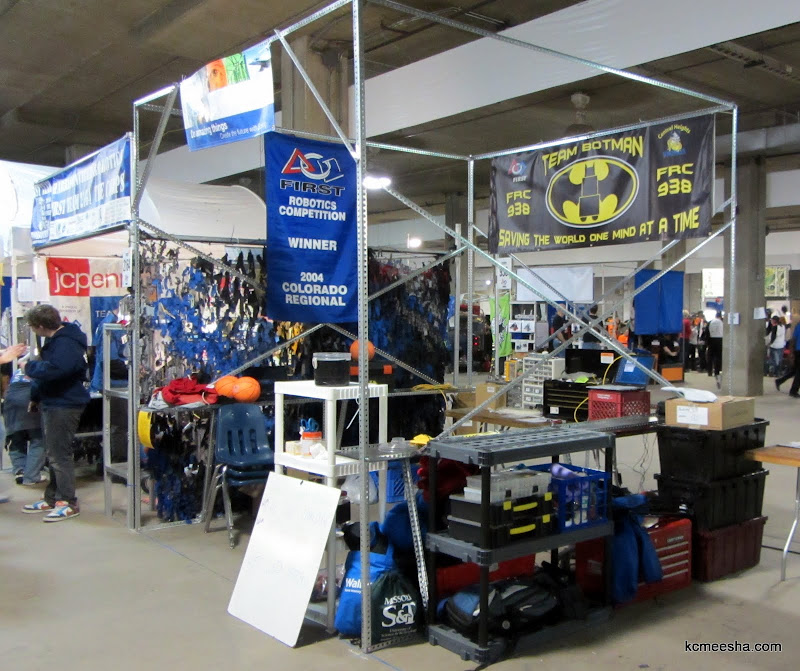 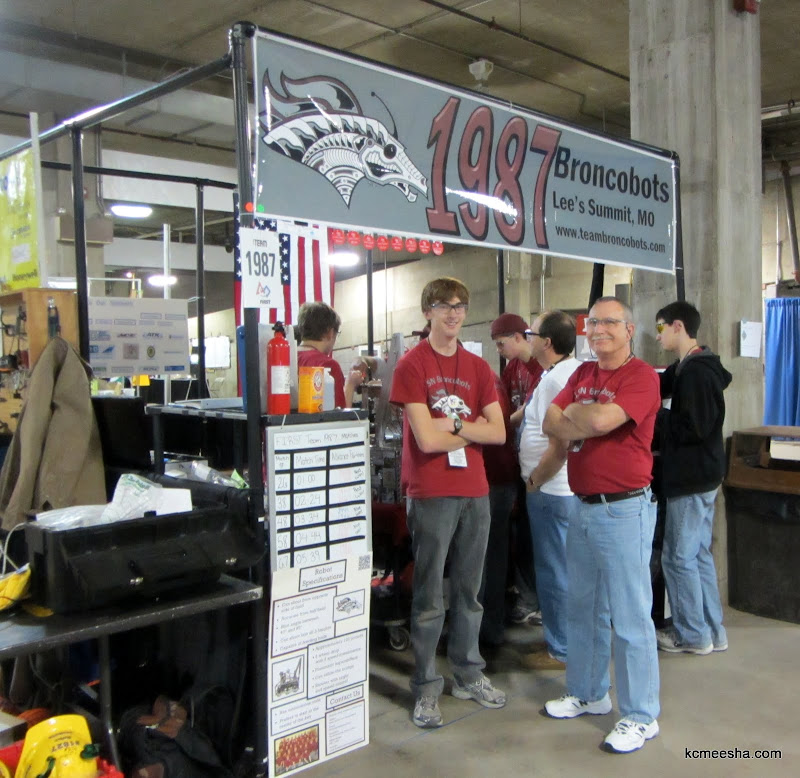 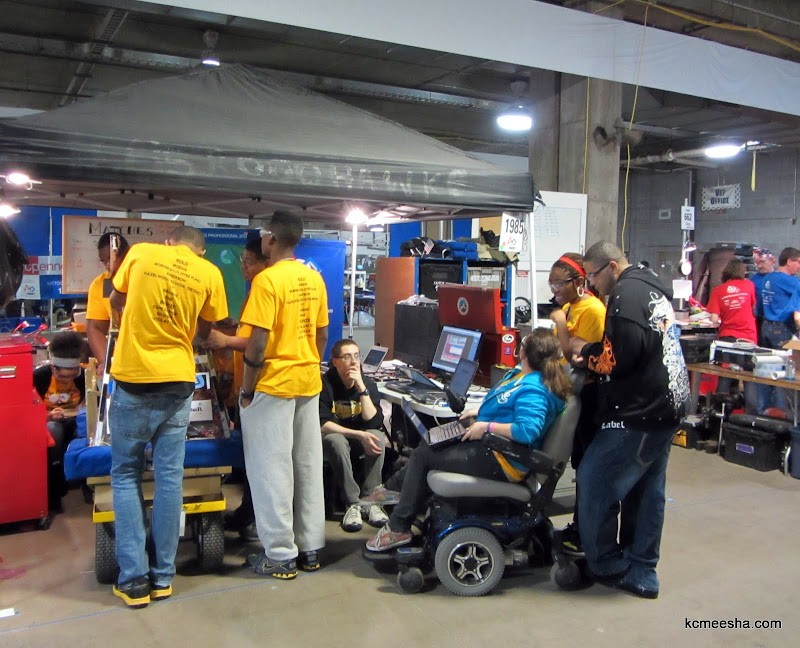 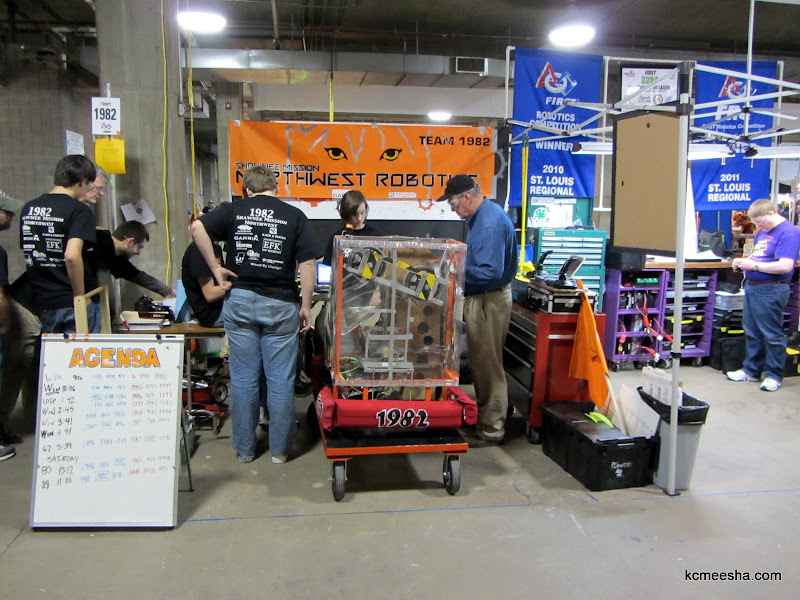 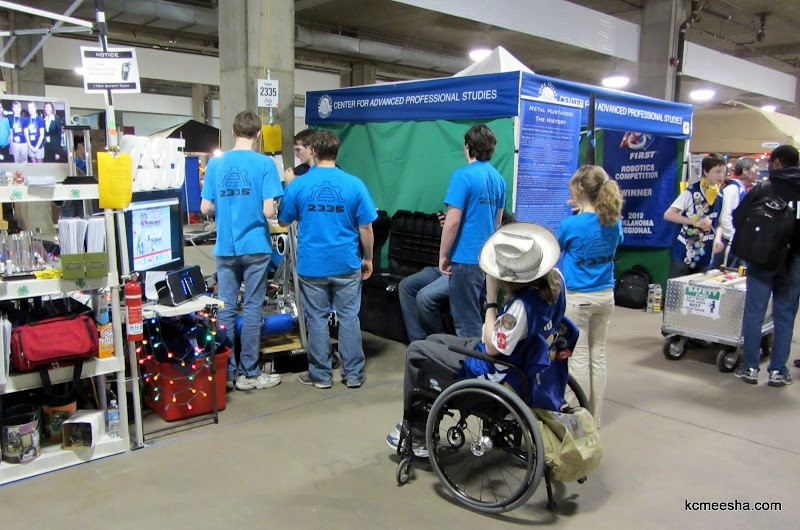 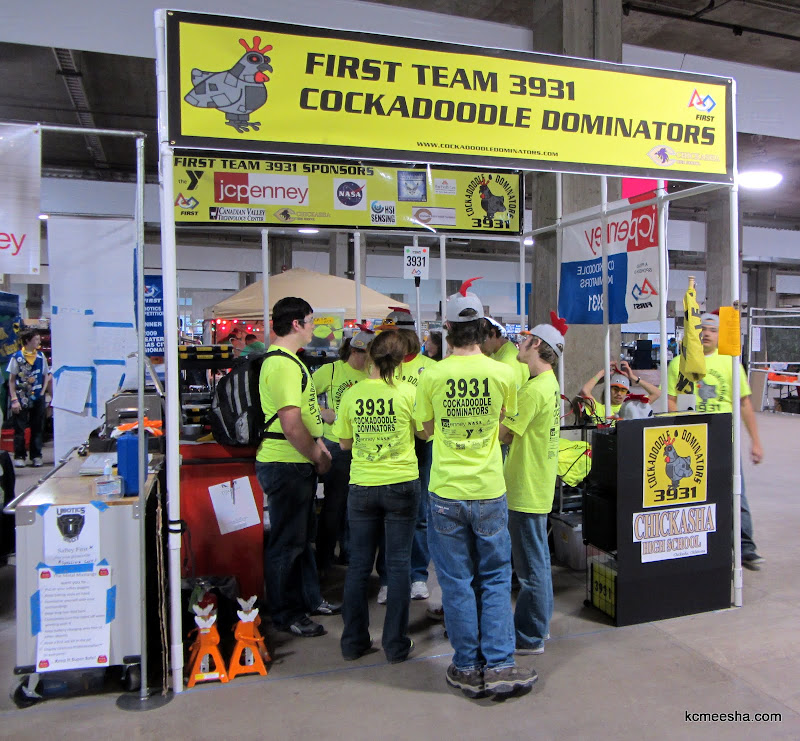 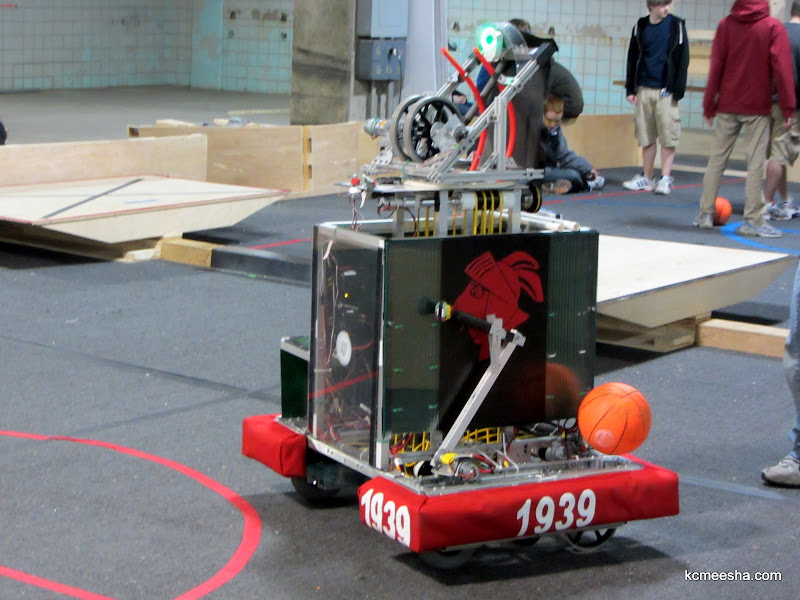 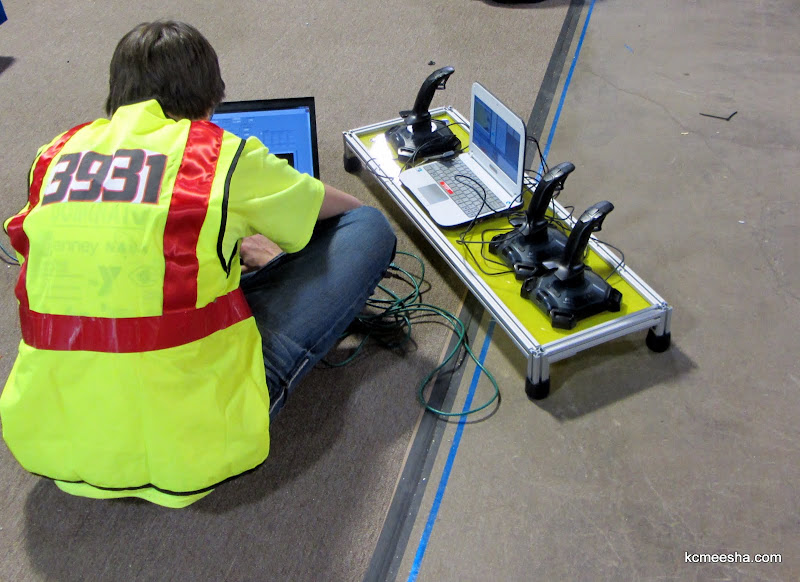 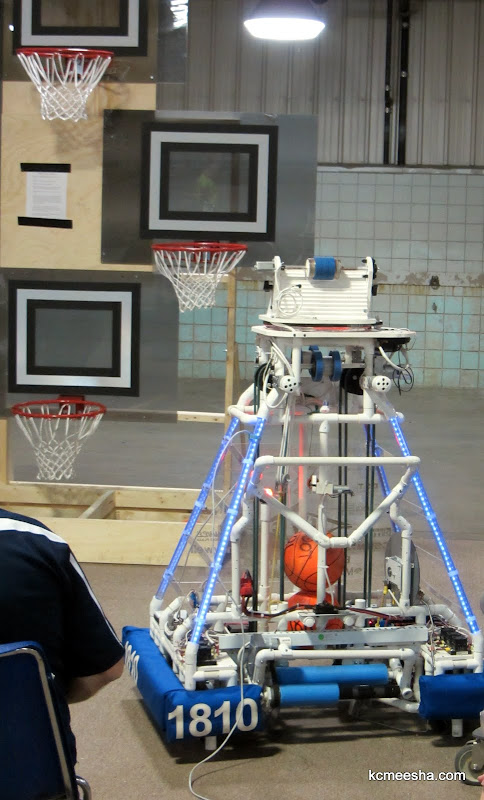 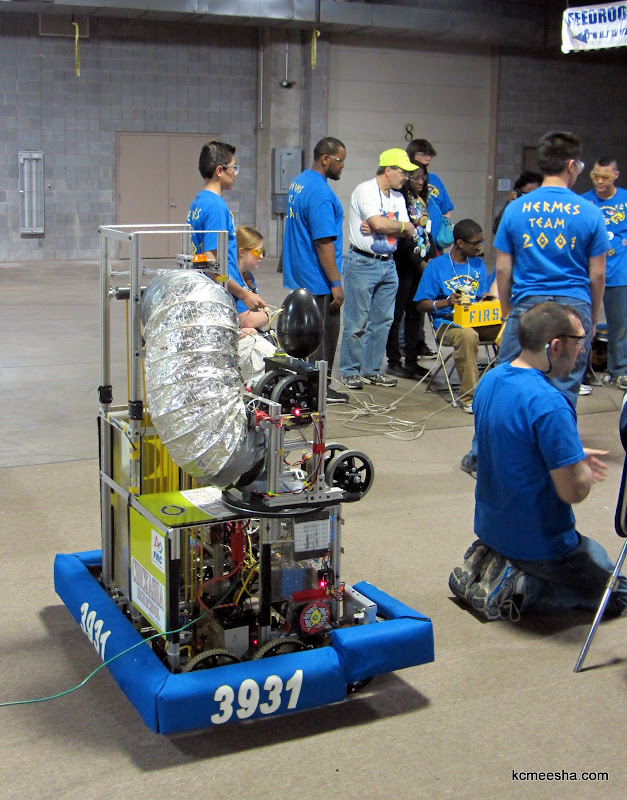 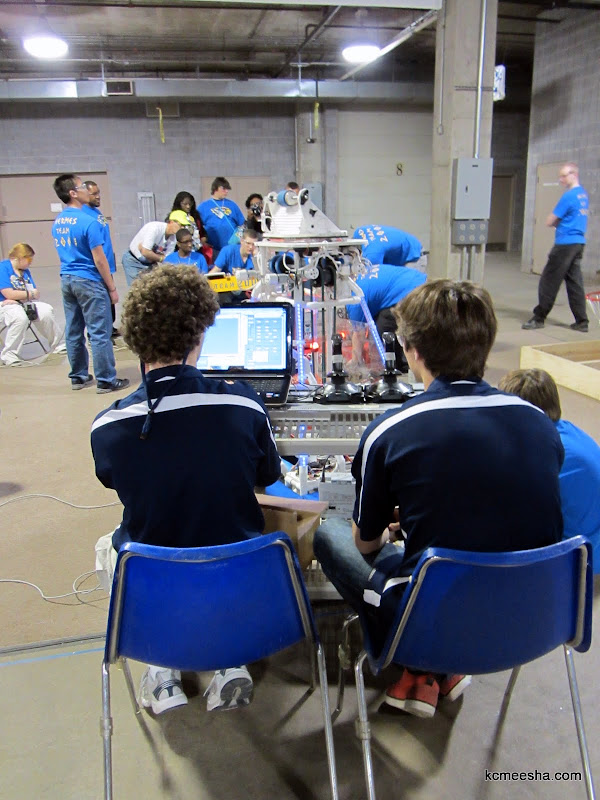 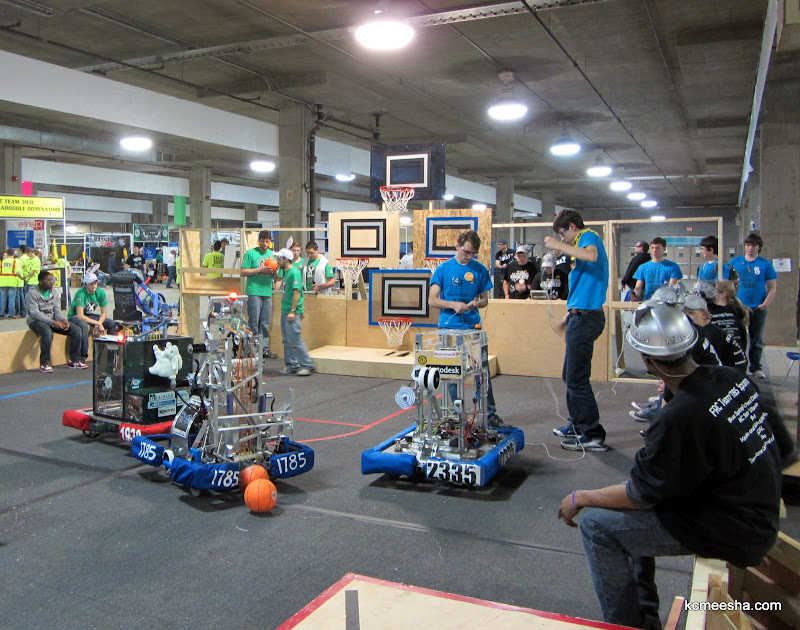 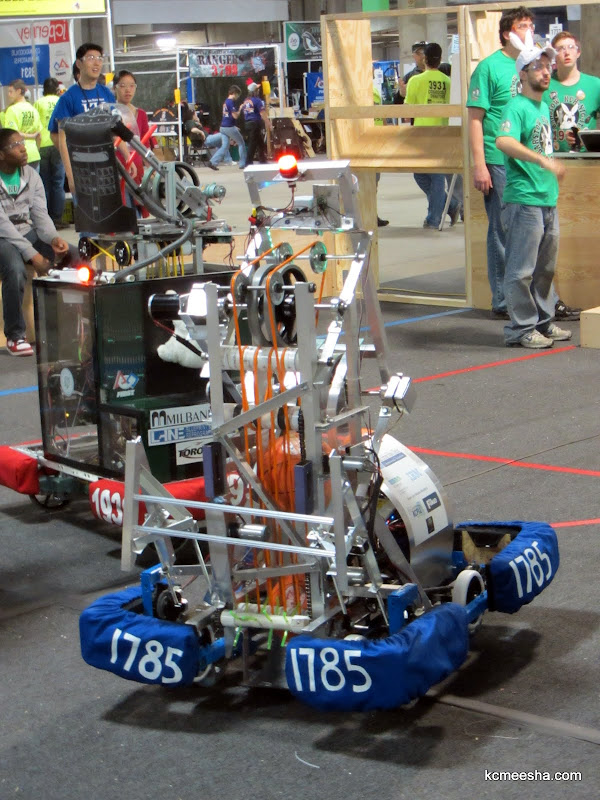 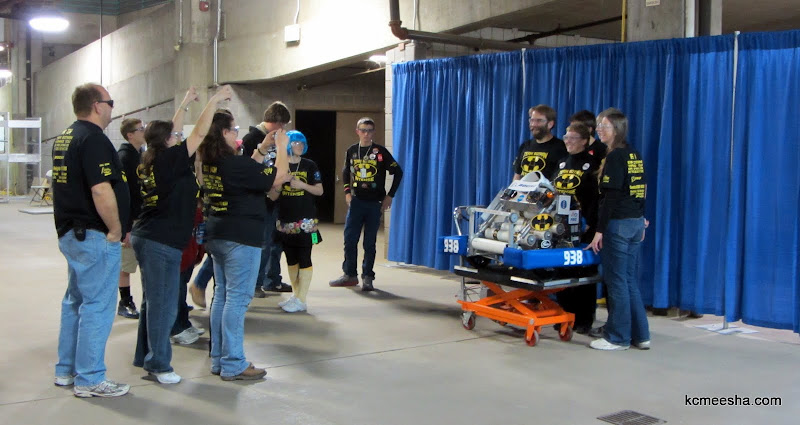 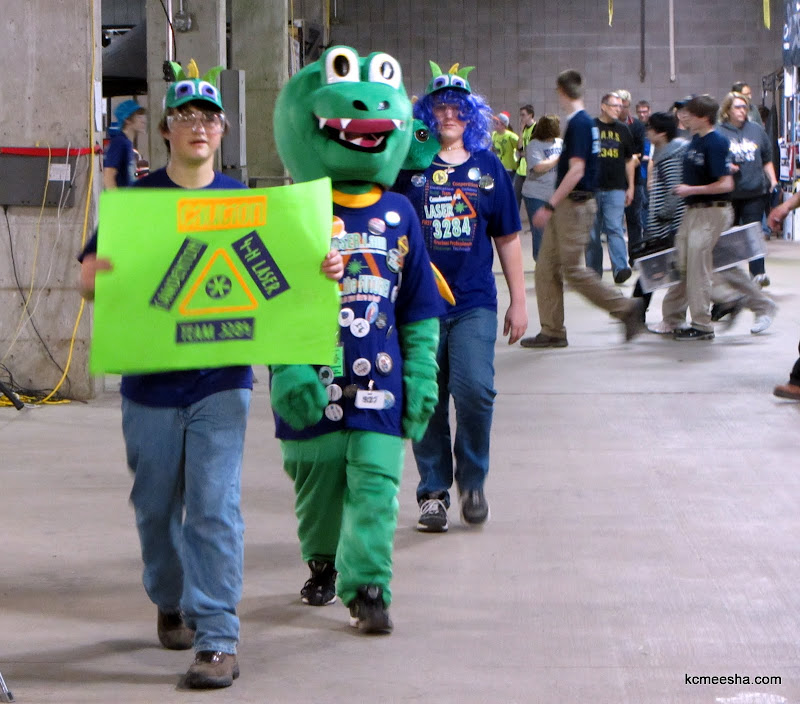