In December of 1979, when my age was barely in the double digits, the Soviet invasion of Afghanistan didn’t really make a big splash on the the government-run news. The New Year 1980 celebration was coming up, people were busy buying presents and stocking up on hard-to-find delicacies for the holiday table; and the TV mumbling something about helping out our Afghan brothers sounded exactly the same as it did every other time the Soviet Union was fighting a remote Cold War battle by proxy. I don’t think that many people knew then that these events will affect the country for the next ten years, destroy tens of thousands of Soviet and millions of Afghan lives, and ultimately contribute to the end of the USSR.

I wondered how the first days of the invasion were covered in the American press, so I stopped by the library to look at the old newspapers. Looks like it made front page news almost right away but there was some uncertainty about the extent of the Soviet military deployment. In less than a month it made it to the cover of the Time magazine. In Kansas City the invasion coincided with the firefighters’ strike so most of the front page space was dedicated to the coverage of the union negotiations and how the city was handling the lack of fire protection.
All the articles should be large enough to read if you click on the image. The microfilm quality is not the best, but it has nothing to do with me. 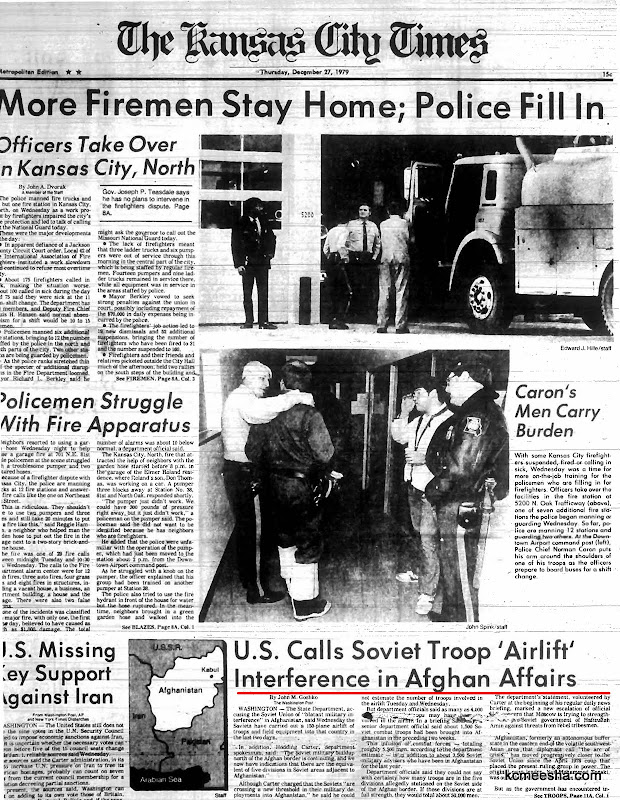 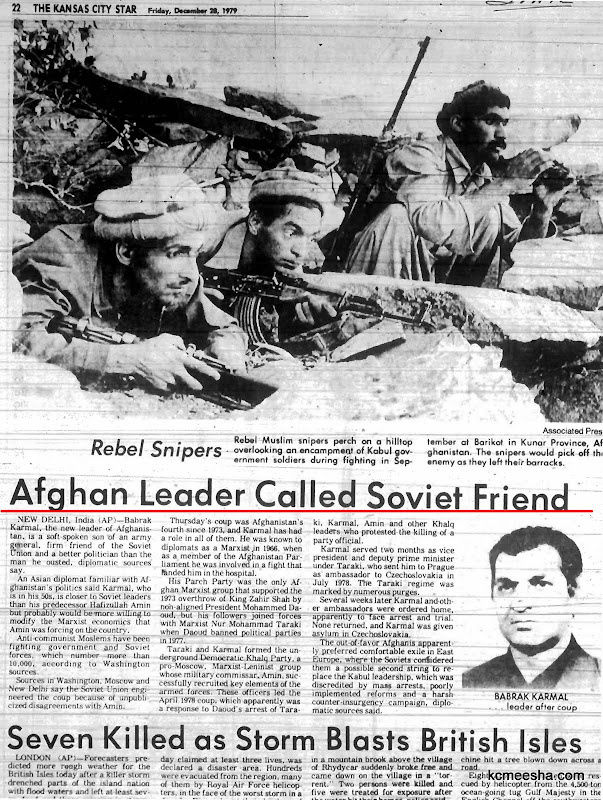 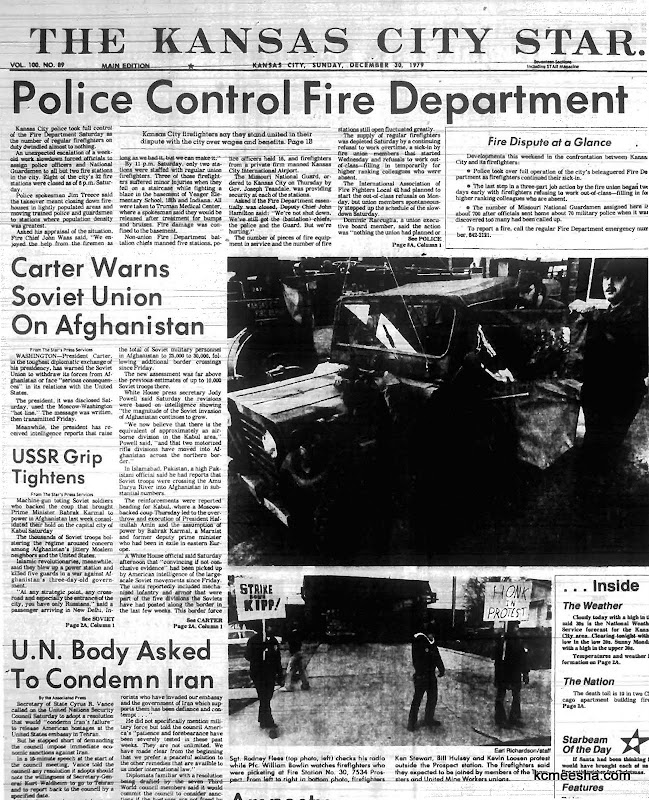 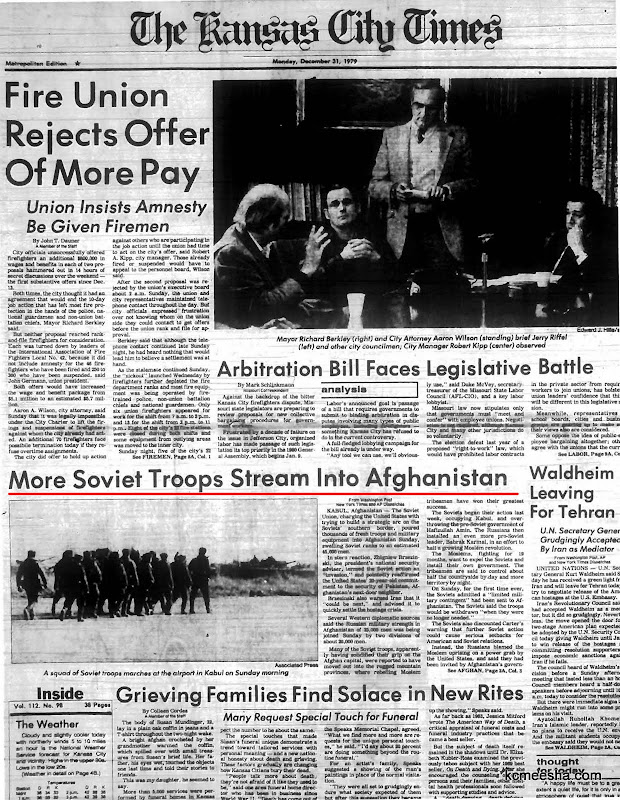 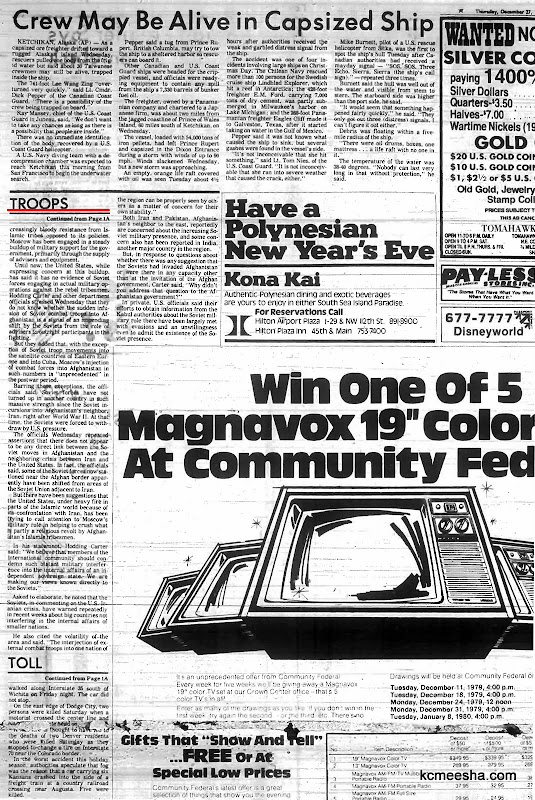 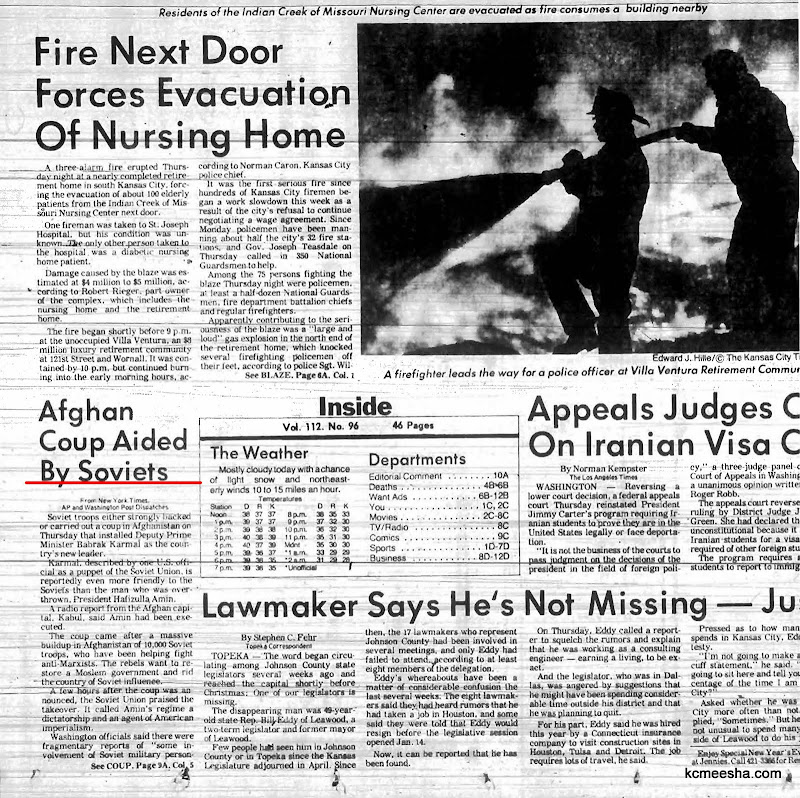 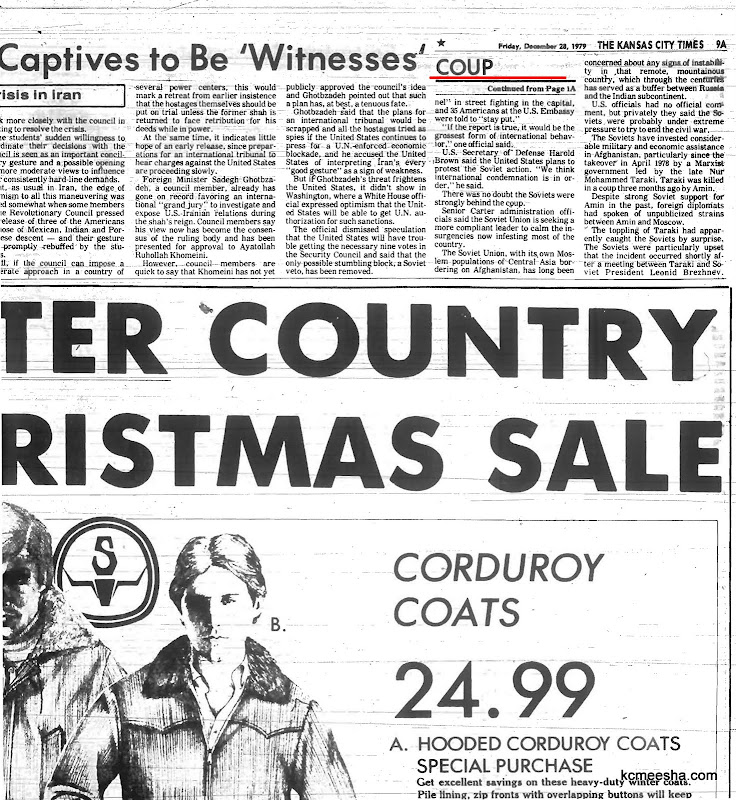 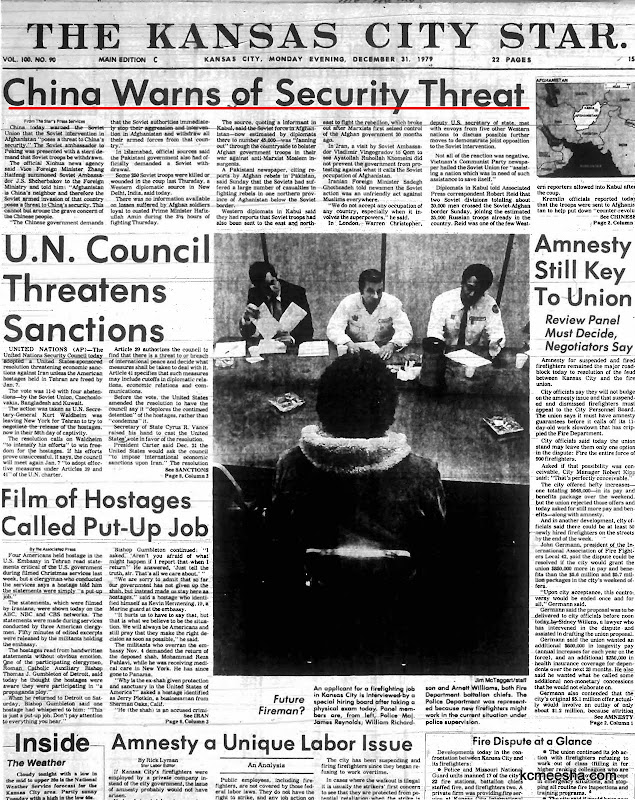 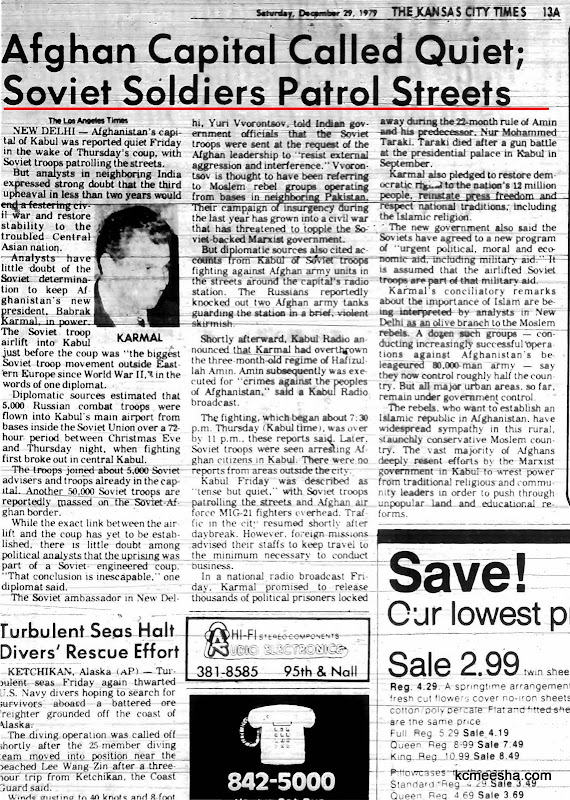 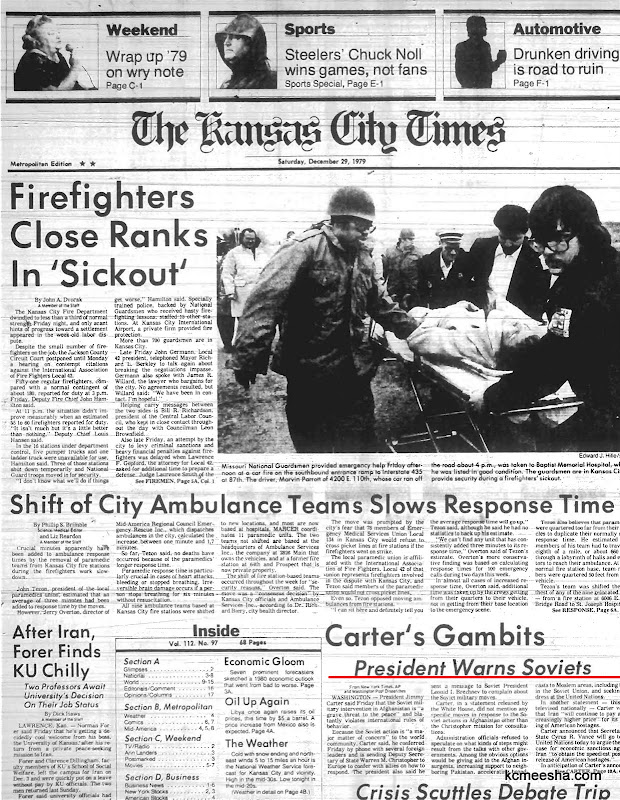 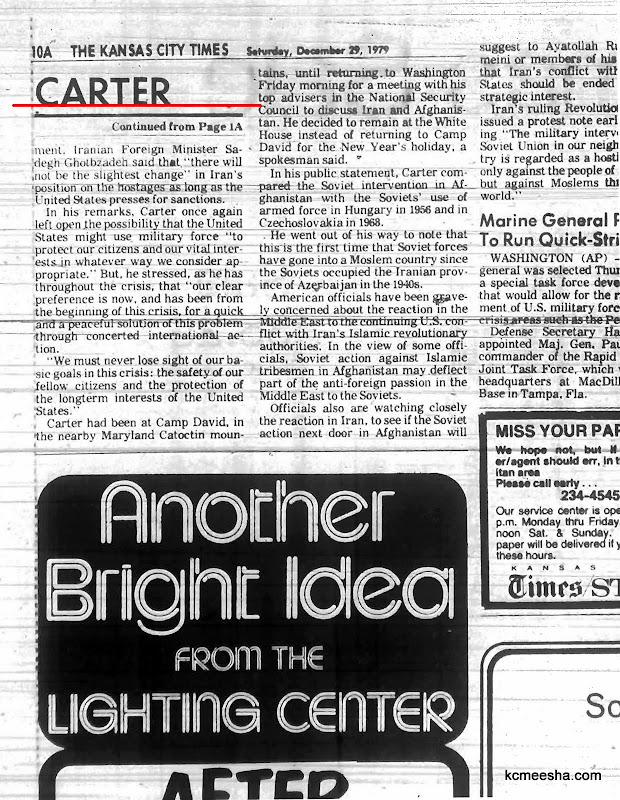 If you are interested in the strike, take a look at this book excerpt (may have to scroll up or down): 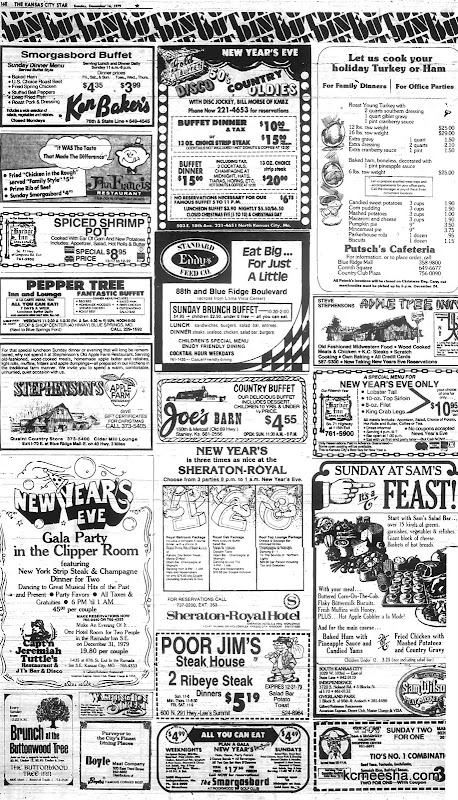 For those who lament the disappearance of the serious journalism of the past: 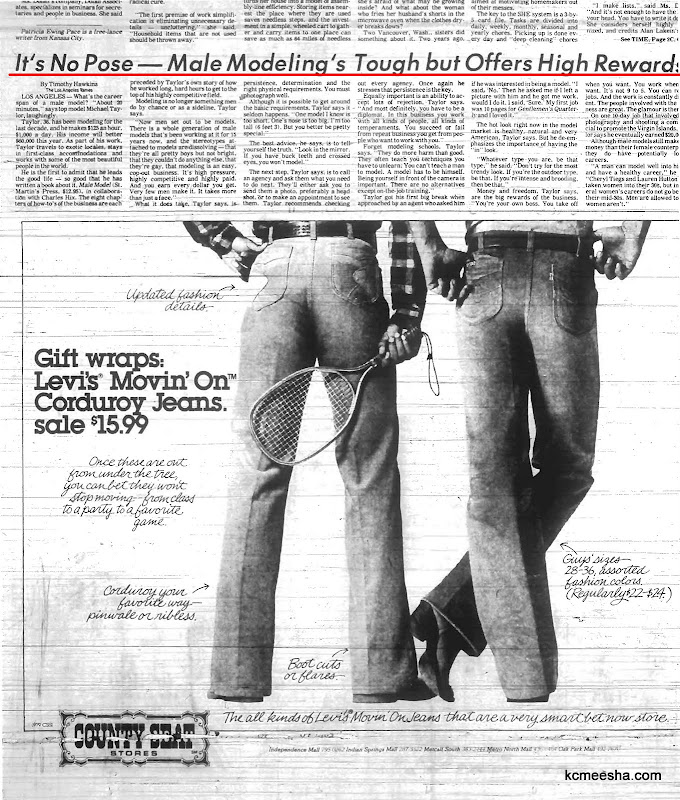 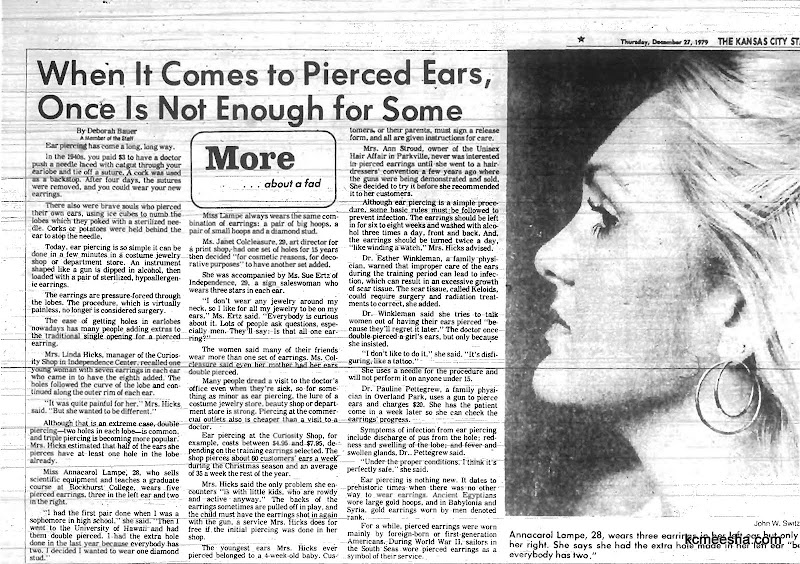 And whatever this is: 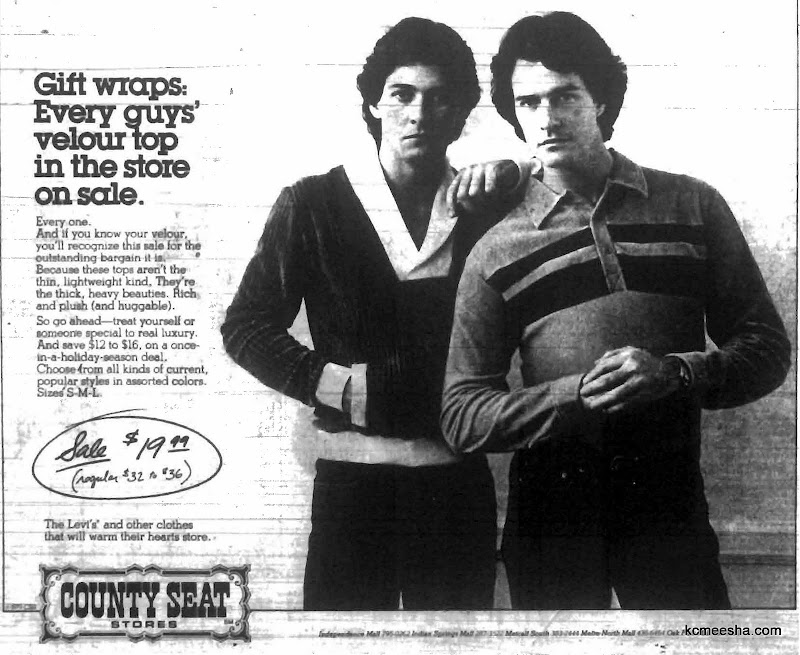