The West in The Soviet Caricature

In the comments to my recent post about Khrushchev few people mentioned their memories of living under the “Soviet threat”, personified by the Soviet leaders like Khrushchev. I, on the other hand, don’t remember ever feeling threatened by the West. The news reports were always full of the stories about the Western aggressors running up their arsenals and meddling in the military conflicts around the world, but I don’t recall people around me ever being concerned about potential attacks. While the Americans were watching the “Red Dawn“, the Soviet people felt safe guarded by the Soviet Army directed by the ever-wise Communist Party of the Soviet Union.

In addition the the news reports and the shows depicting the hardships of the Western life, the Soviet government loved to use the satire against the capitalist enemy. Uncle Sam in a top hat, British Lion, Israeli Military “Clique” and others frequently appeared on the pages of satirical magazines such as Krokodil (Crocodile). The caricatures below were published in Krokodil in 1977 and this may be the first time some of them are seen in the West (captions translated by me). I have several years worth of the digitized magazines, and will post more if there is any interest. 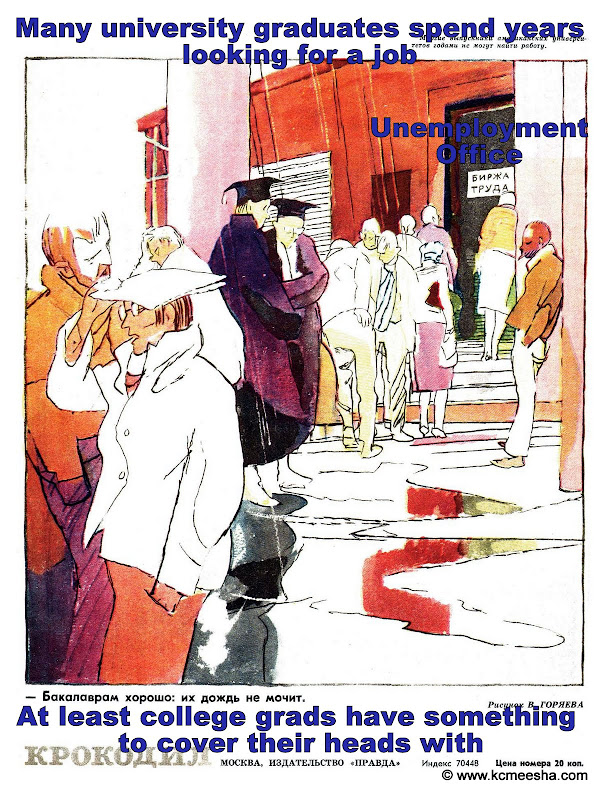 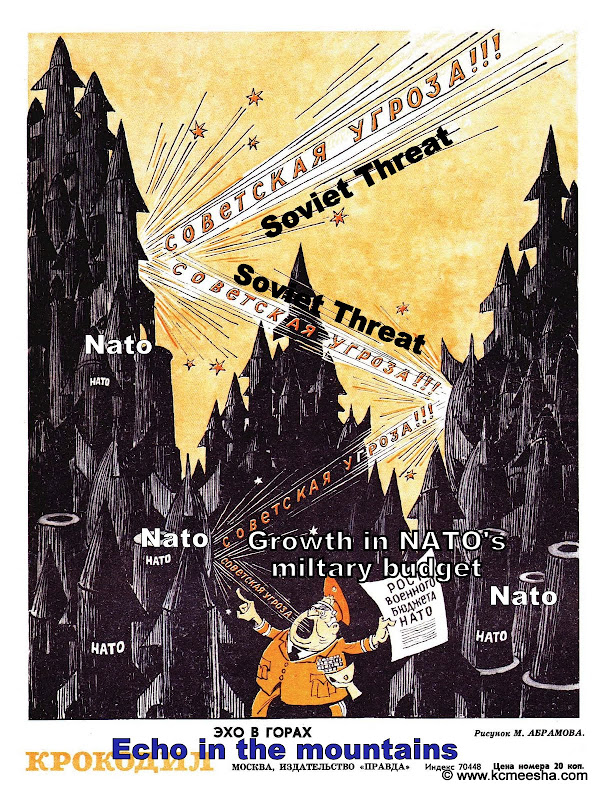 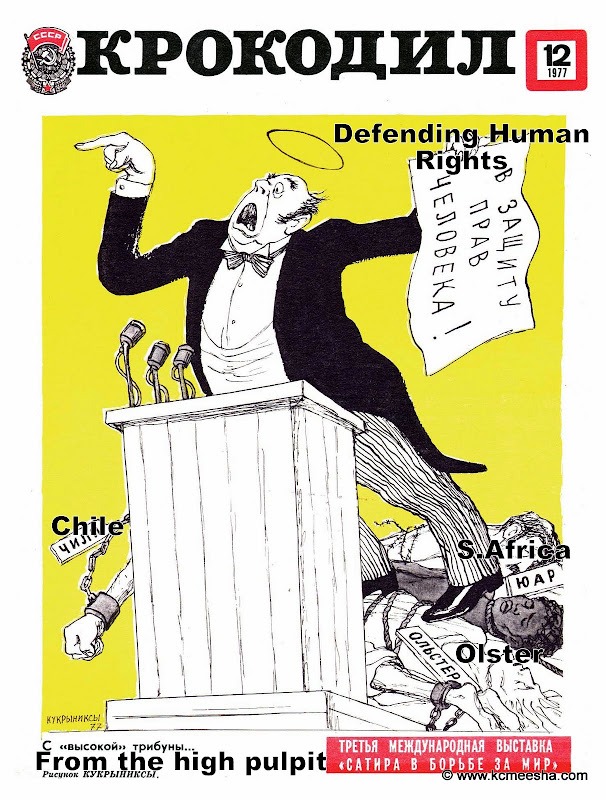 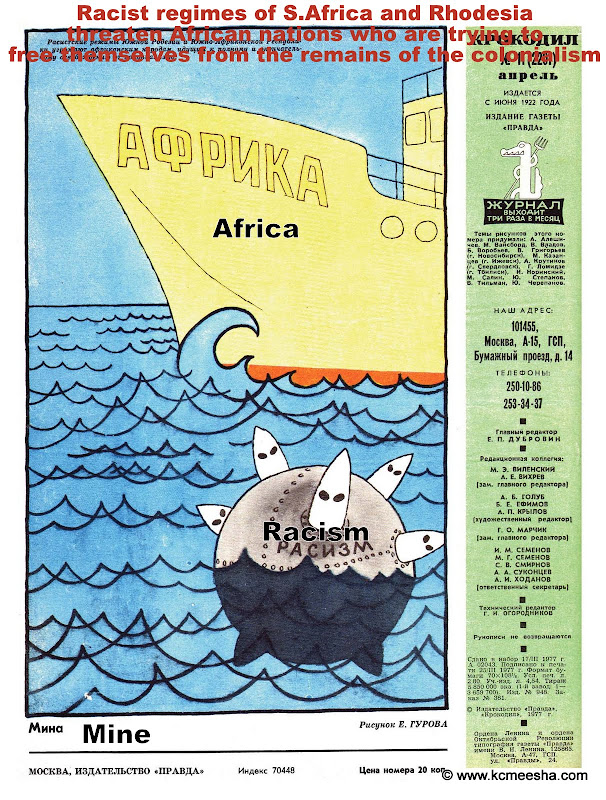 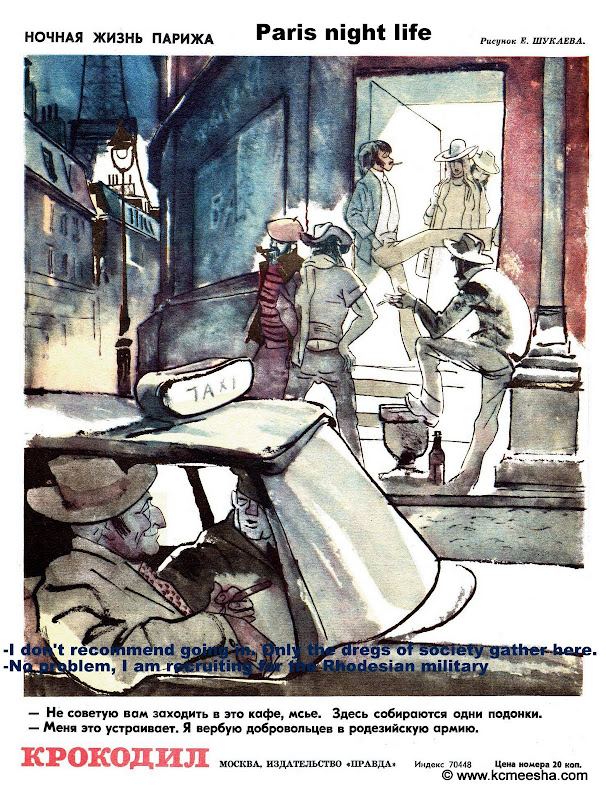 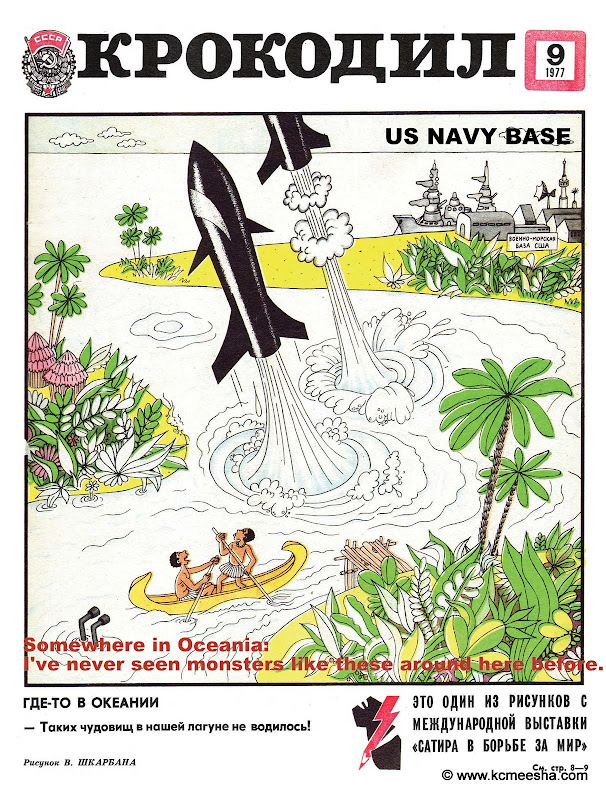 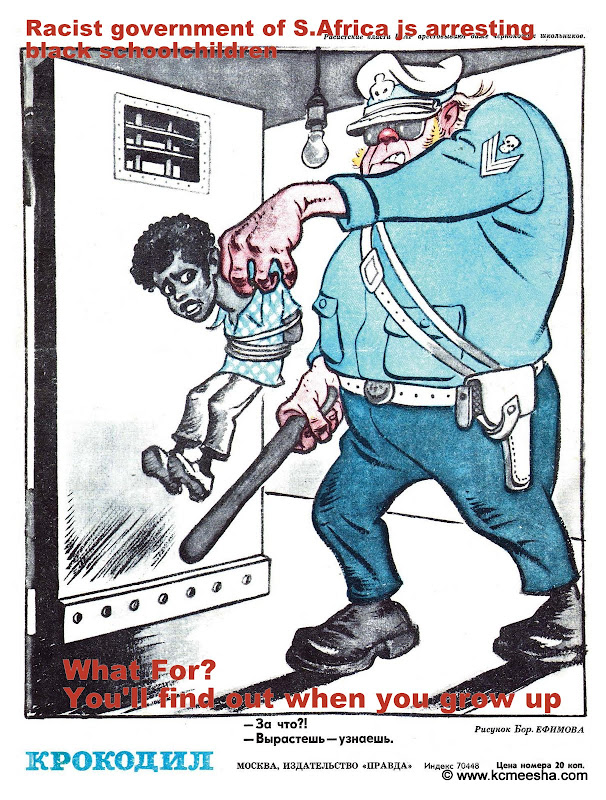 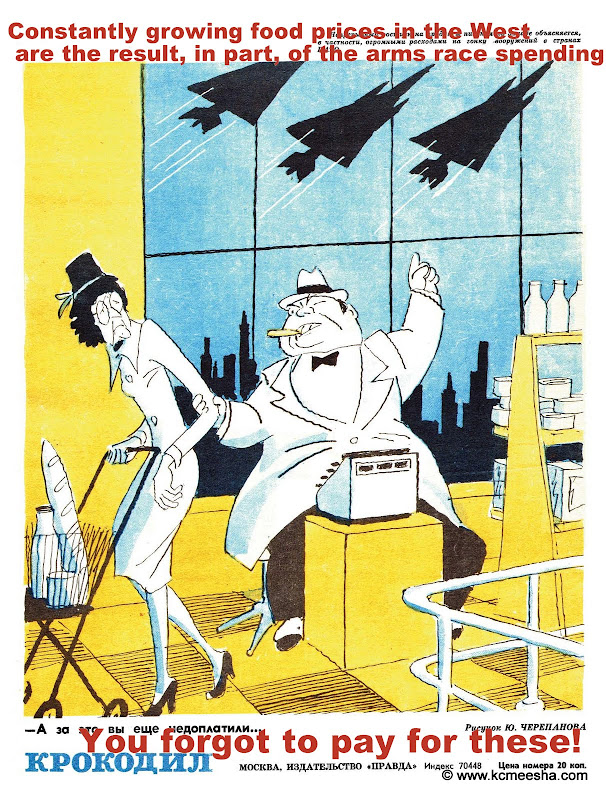 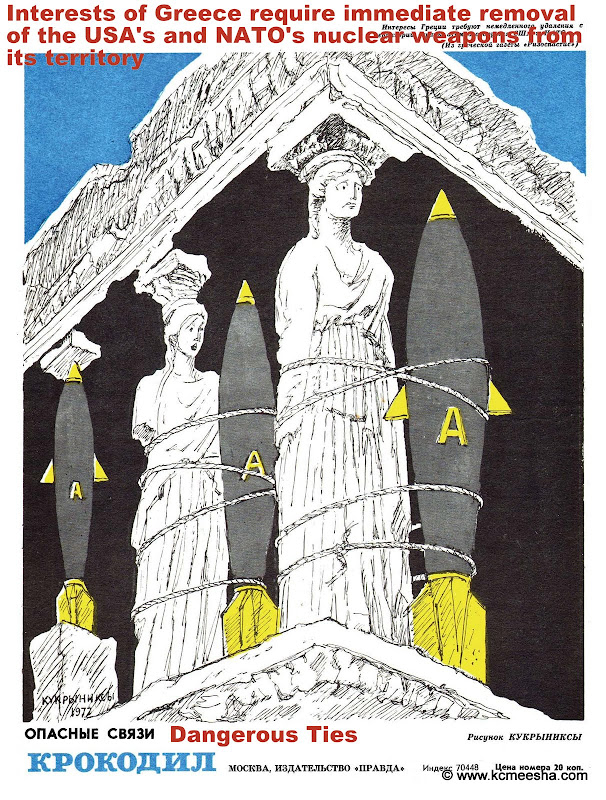 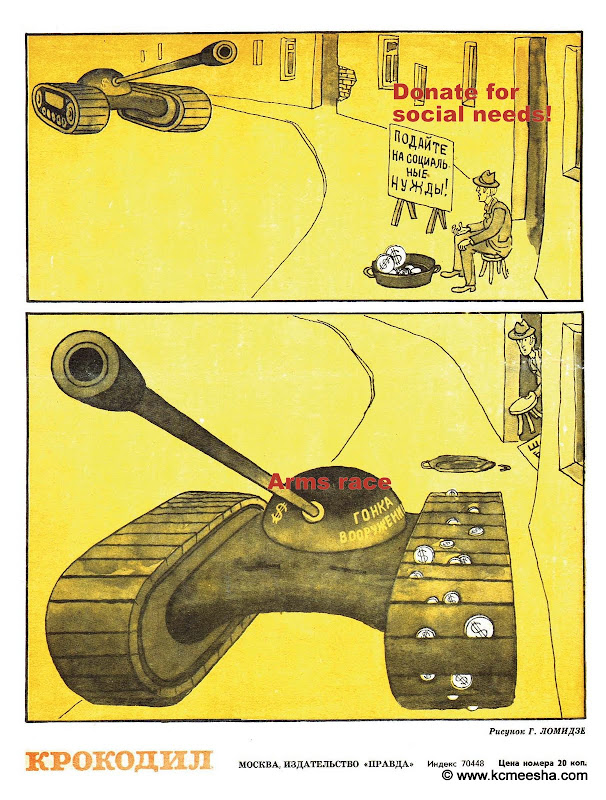 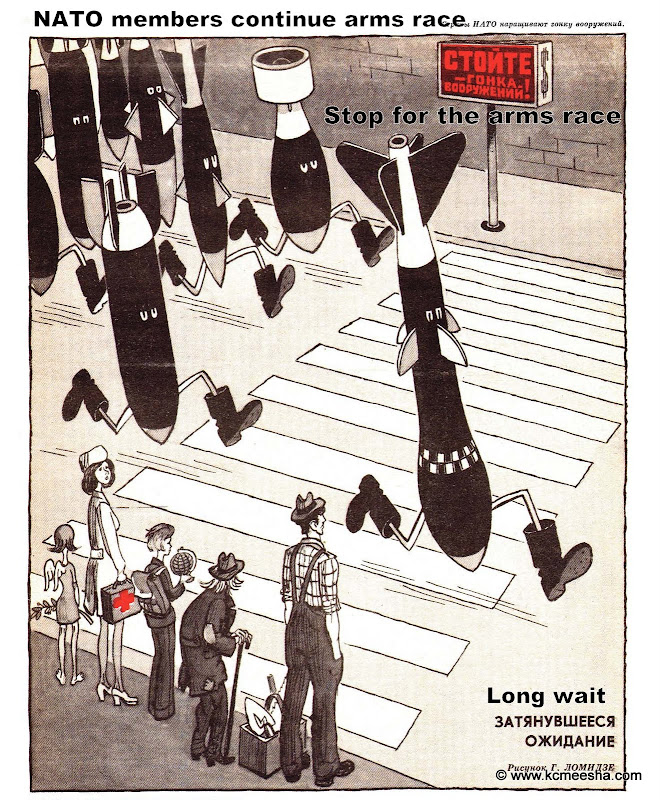