When I was growing up©, we had those “us and them” propaganda posters like this:

Recently I noticed several billboards on the opposite sides of the State Line with the similar “compare and contrast” message.

On the Kansas side we should be thanking the legislators for our “safer roads & 1000s of new jobs for Kansans”: 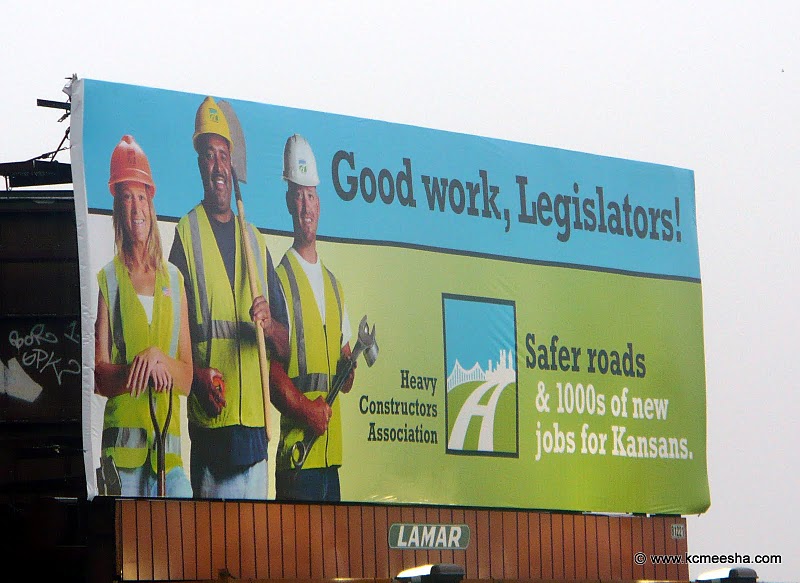 Kansas legislators make construction workers happy; the guy in the middle and his shovel are ready to build even more roads for the grateful Kansans.

But on the Missouri side the same guy is not smiling, he can’t even lift the shovel because of those fund-delaying evil legislators the gullible Missourians voted into the office. He even tucked his shirt in, that’s how sad he is. 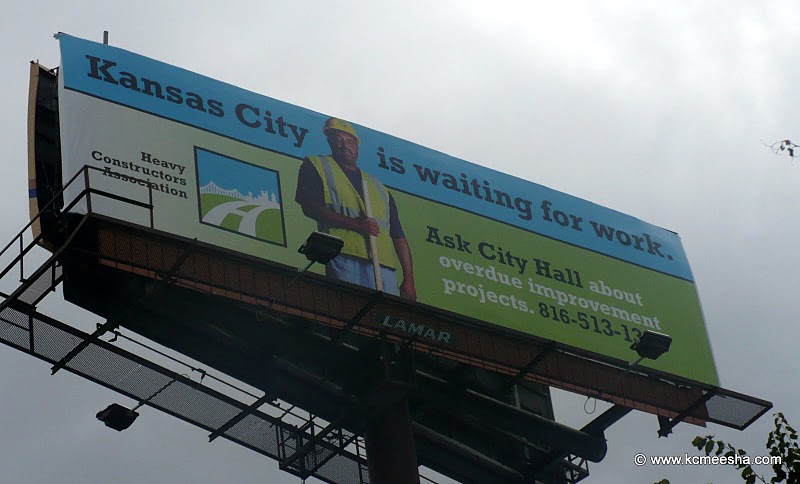 That’s why there is nothing but the pothole-ridden rough road ahead for the Missourians and the unsuspecting visitors to the state. 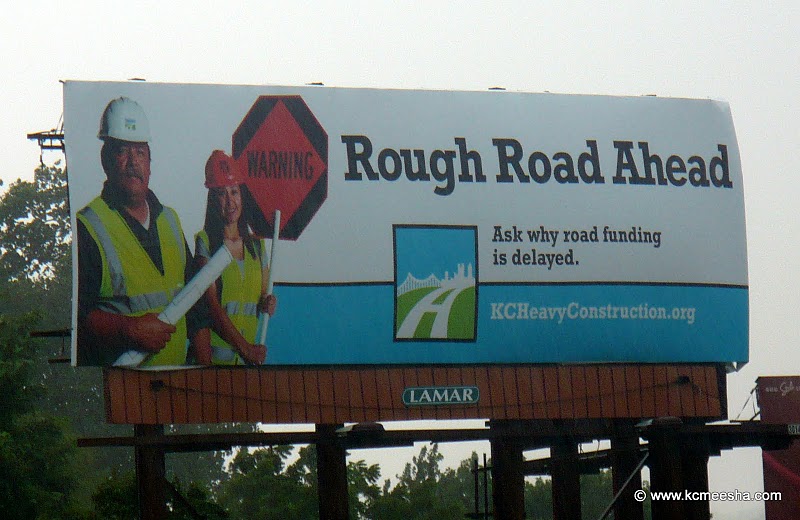 Obviously, it’s not fun to be a construction worker in Missouri, no reason to smile for sure. Maybe just for the photos for billboards on the Kansas side.

*photographing billboards is not easy and it was raining today, hence the quality.