Being my own awesome tipster I took this picture of the billboard recently placed around 17th and Jefferson facing the southbound traffic on the I-35. 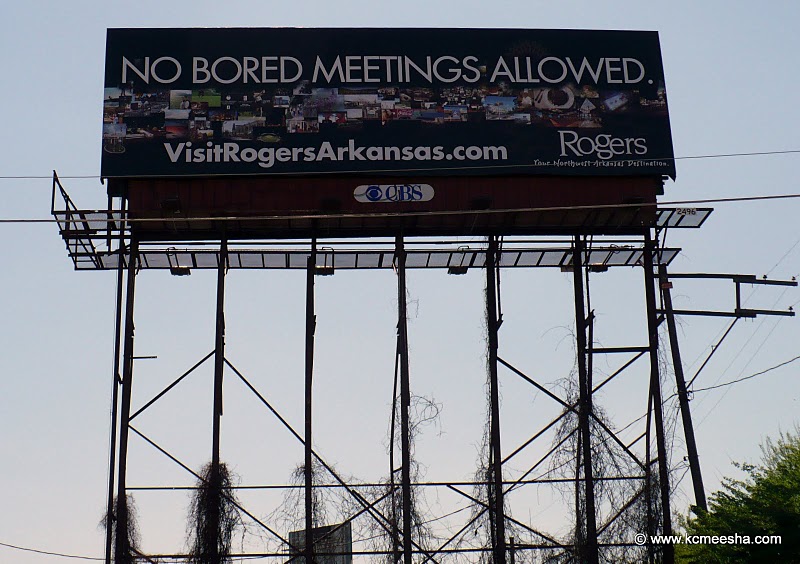 Not only this billboard is in direct view of the few coveted Kansas City visitors who are probably attending one of the “bored meetings”; Mayor Funky himself can probably see it from his vantage point high atop the City Hall. City of Rogers, AR is poaching guests straight from the Funk’s Front Porch.

It’s not unusual to see signs like this on the highways but they are mostly located in the middle of nowhere so a person may be convinced to visit a city down the road. But as any tipster with a map knows – Rogers is not on I-35; in fact I-35 doesn’t even pass through Arkansas.

The fact that this billboard wasn’t burned down to the ground by the few remaining employees of the Kansas City Convention and Visitor Bureau shows a complete ineffectiveness of the Funky Administration and is probably somehow racist, but I am still working on this part.

Visit Rogers, it’s only 218 miles away on a different highway!