When the weather forecast for the weekend was published few days ago, I knew it was time to get out of town for few hours. Nothing clears out the mind like two hundred miles in rural Kansas on a first sunny and warm Sunday of the year. I started to look for a place to visit on the best Kansas travel resource but nothing grabbed my eye, so I just looked at the map and noticed a place called Admire, KS. I knew I had to go there and admire it.

U.S. Route 56 leaves Olathe, passes through the armpits of Johnson County known as Gardner and Egderton and makes its way towards Oklahoma through the fields as far as the eye can see. Rolled down windows let the fresh air in and the smell of old hay, burning leaves and an occasional skunk filled up my lungs. I was on the way to Admire.
By the way, have you ever been to Scranton, KS? 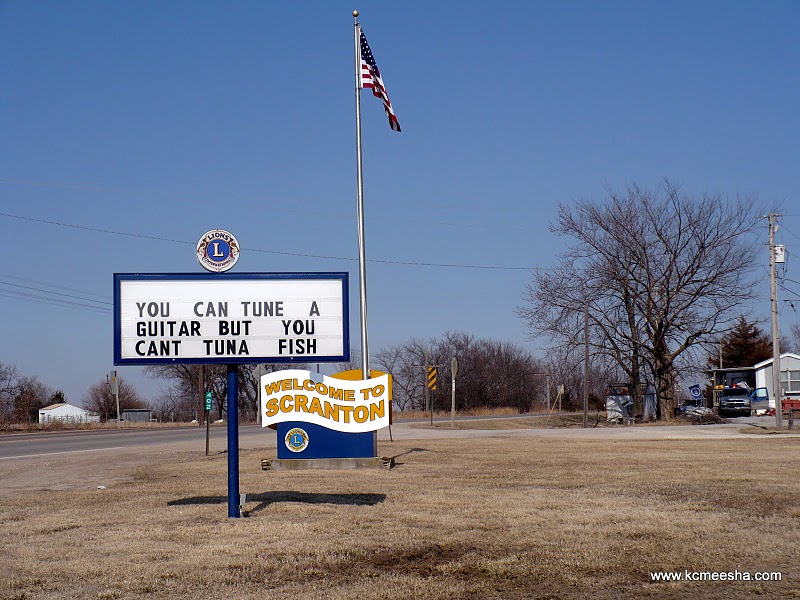 Now you have.
Much more interesting is the town of Burlingame down the road. 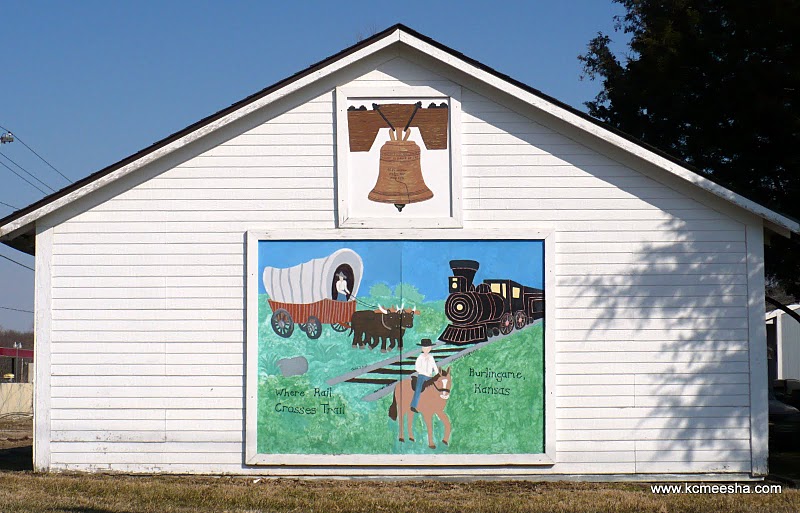 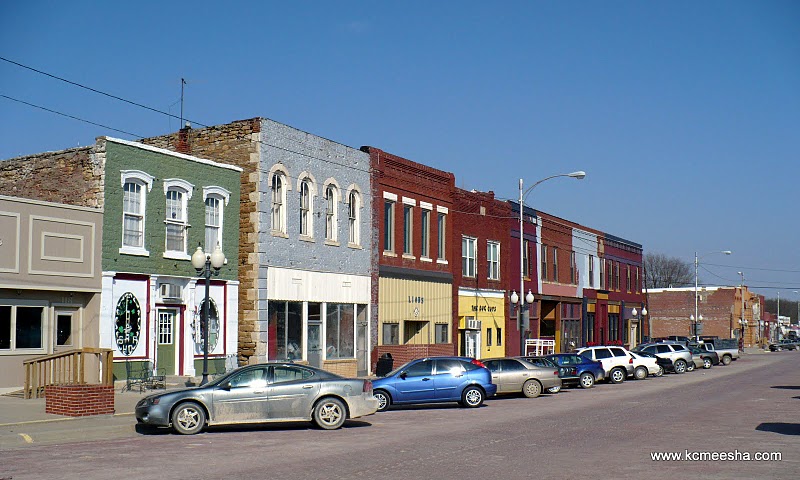 …where Aunt B’s is the name of a restaurant. 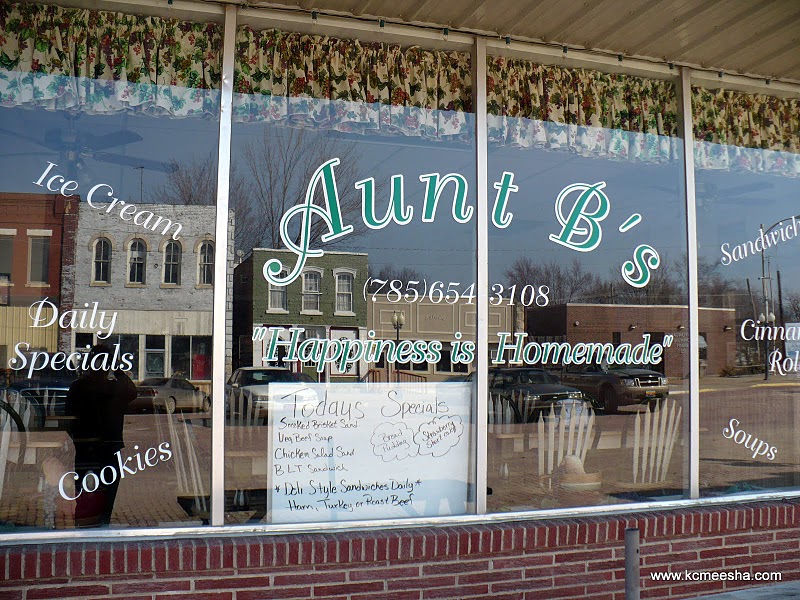 Aunt B’s niece is getting married next week, so you’ll have to eat elsewhere. 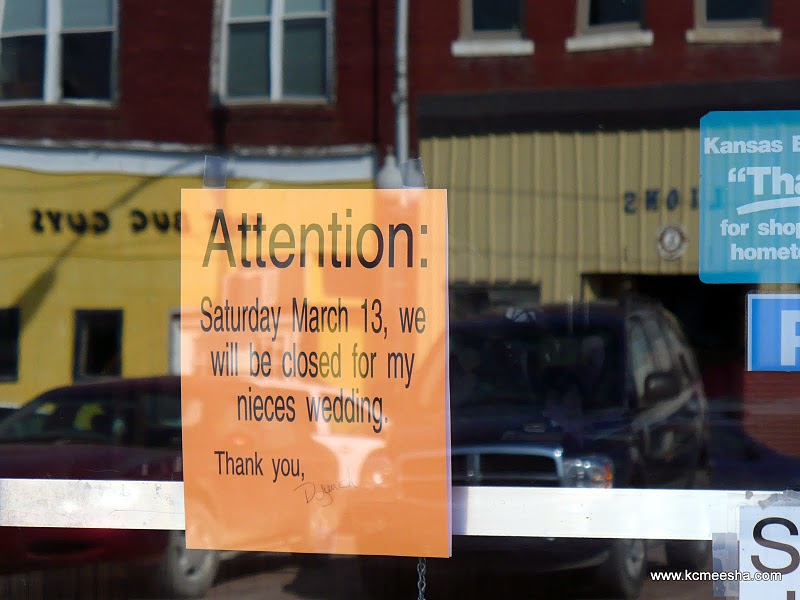 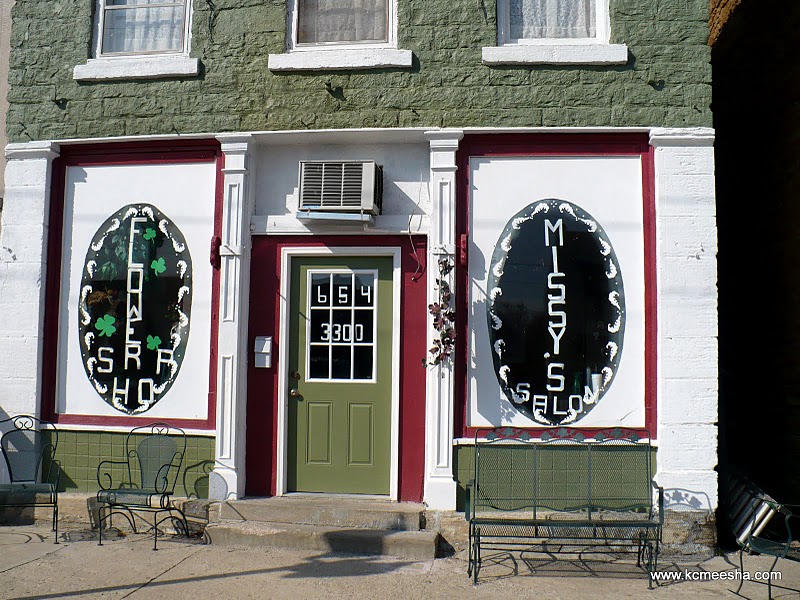 Meat for the wedding is already stored in the Meat Locker.

The Wedding announcement will be published in the cleverly named Newspaper (founded in 1863). 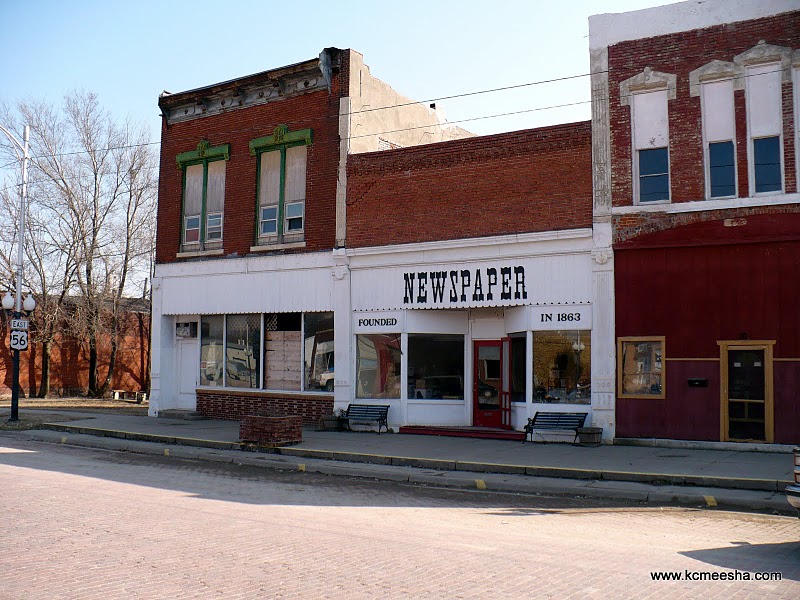 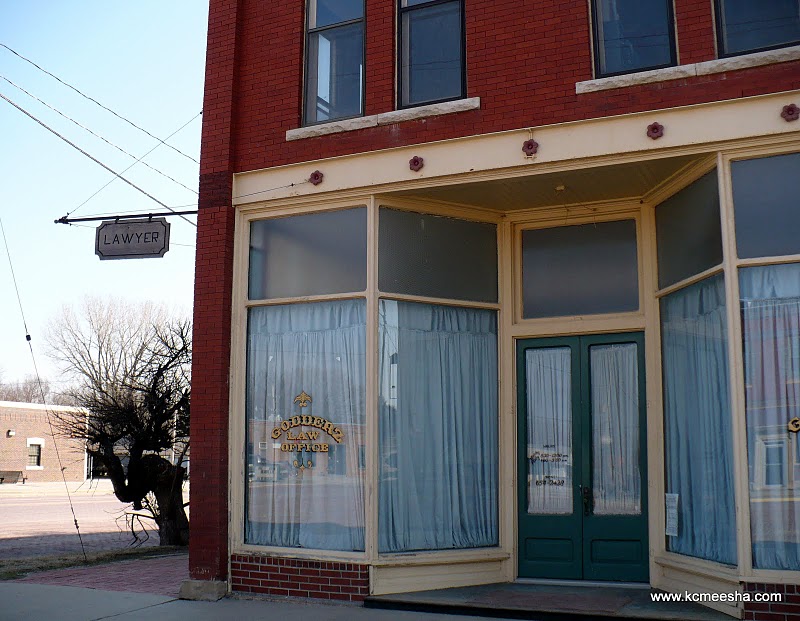 …who enjoys spending his lunch hour from 12 to 1 at Aunt B’s. 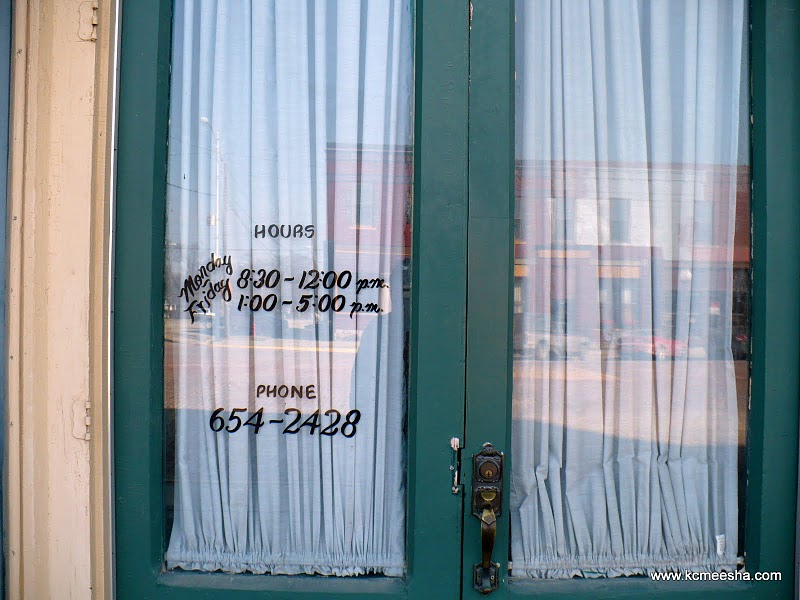 Miss Jandi and her students will also be in attendance. 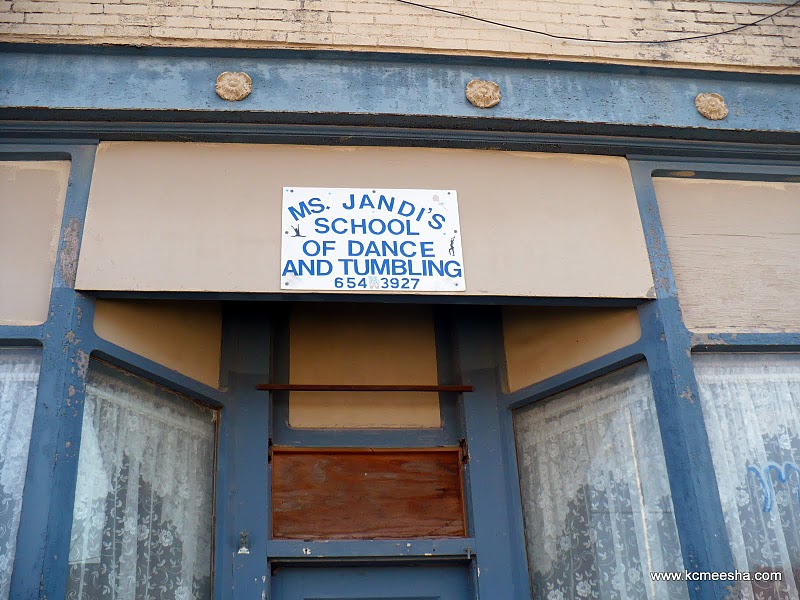 Cheer-leading poodles are the only advertisement for her business. 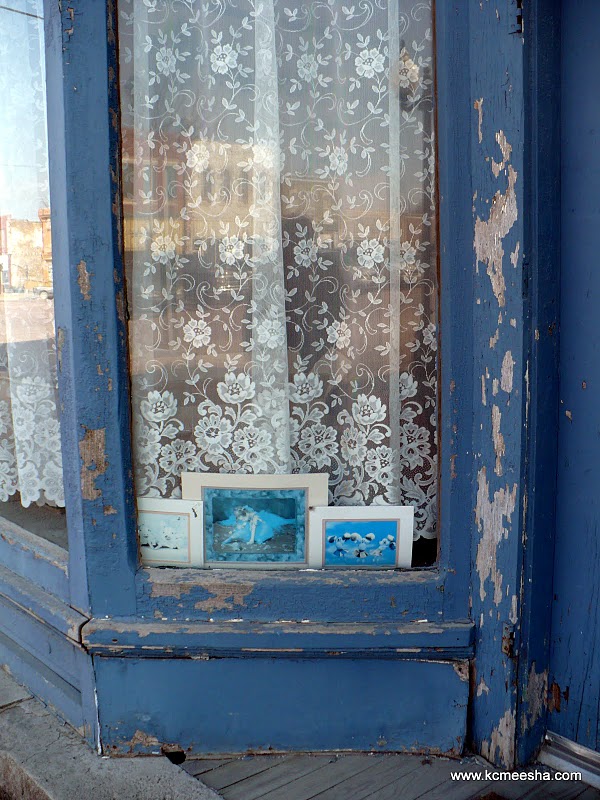 Church is conveniently located around the corner. 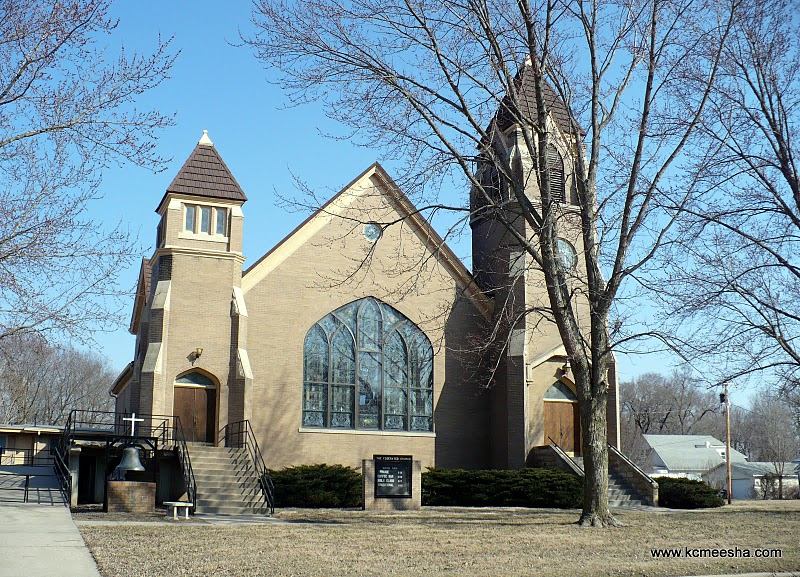 Burlingame will have to wait for another visit, when I may be able to solve the mystery of the piano keys above the tire shop windows. 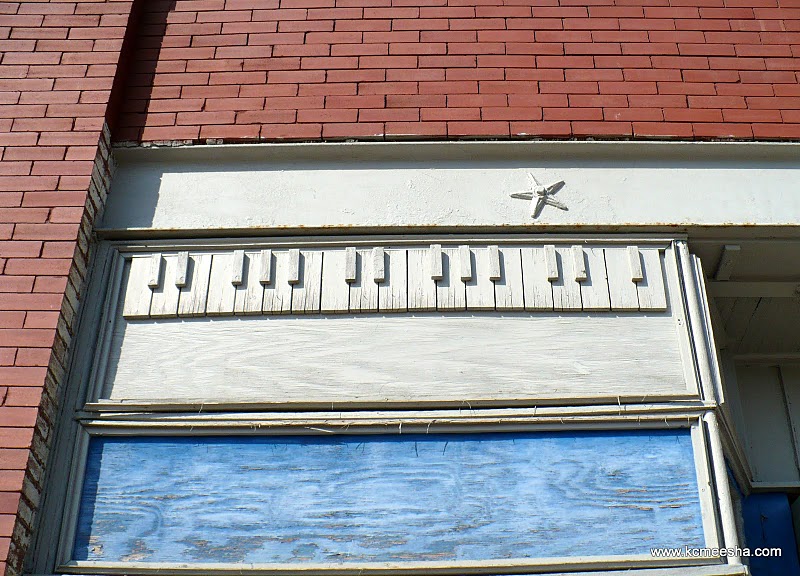 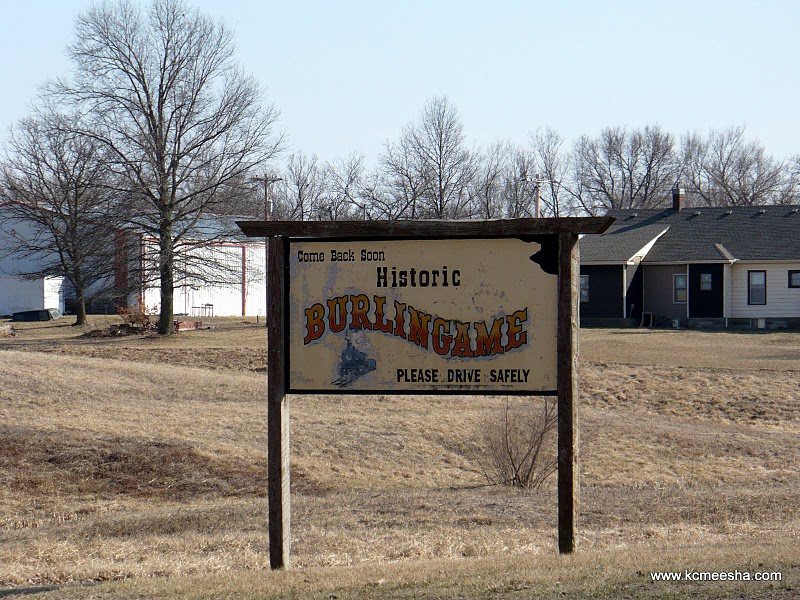 I still had a long way to Admire. 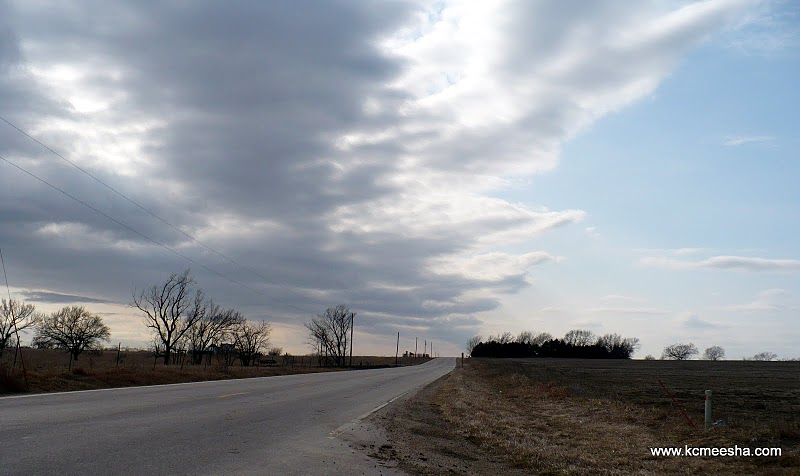 People in these parts still keep cannons in their front yards, just in case. 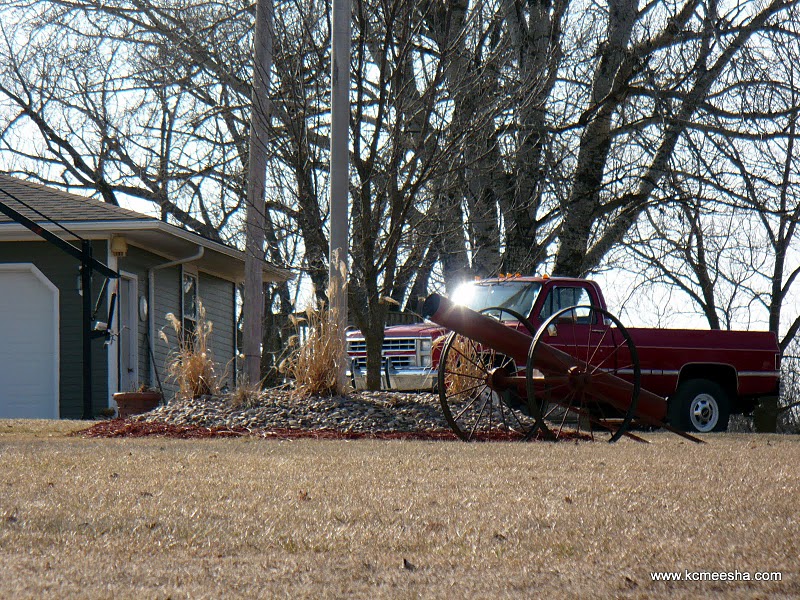 Finally I was close to my goal. While taking this photo I drove into something that I can still smell on my car and can only describe as putrid. 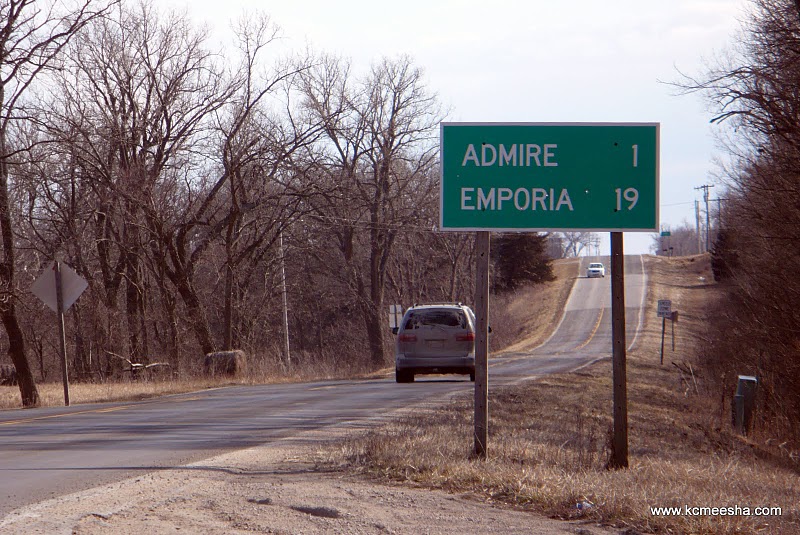 Admire was right in front of me. 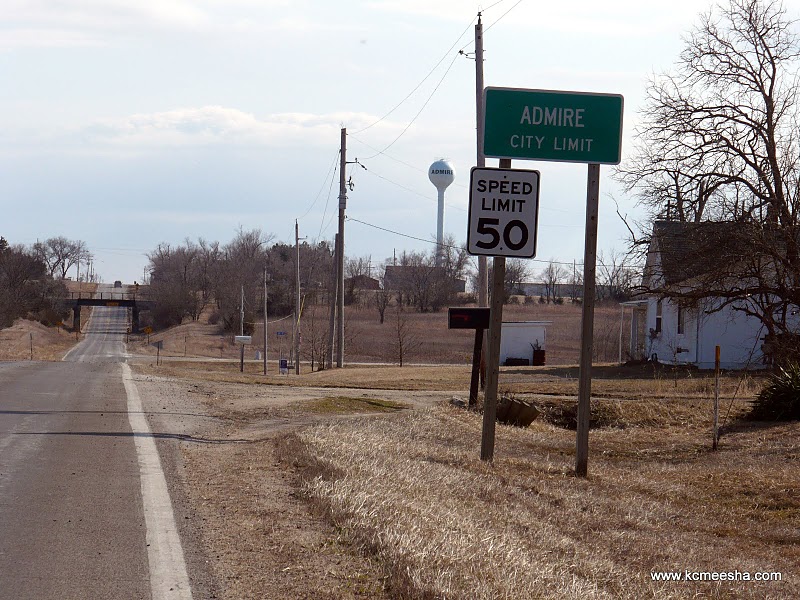 At least it was a god-fearing town. 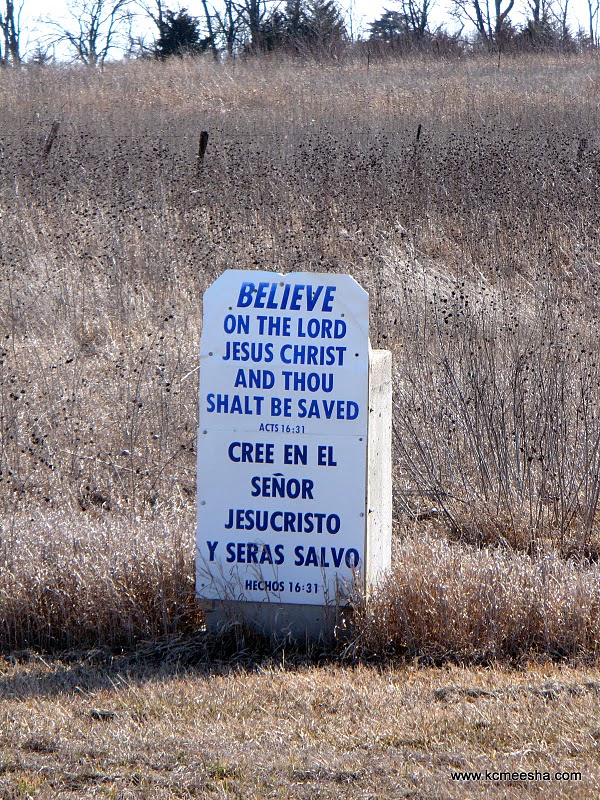 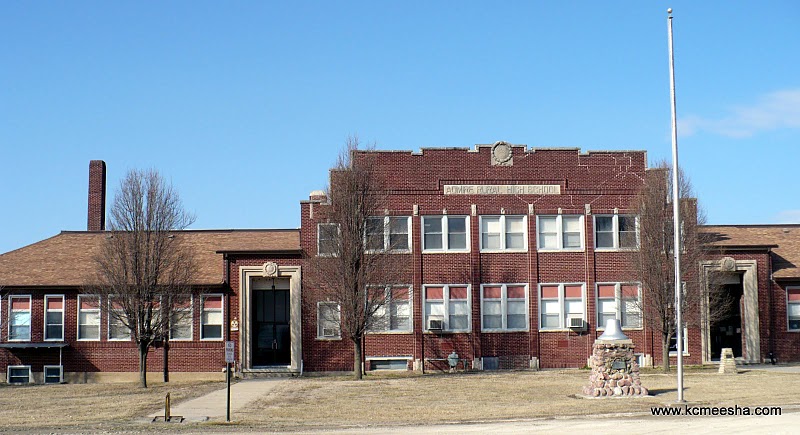 Every tall structure begs you to admire it. 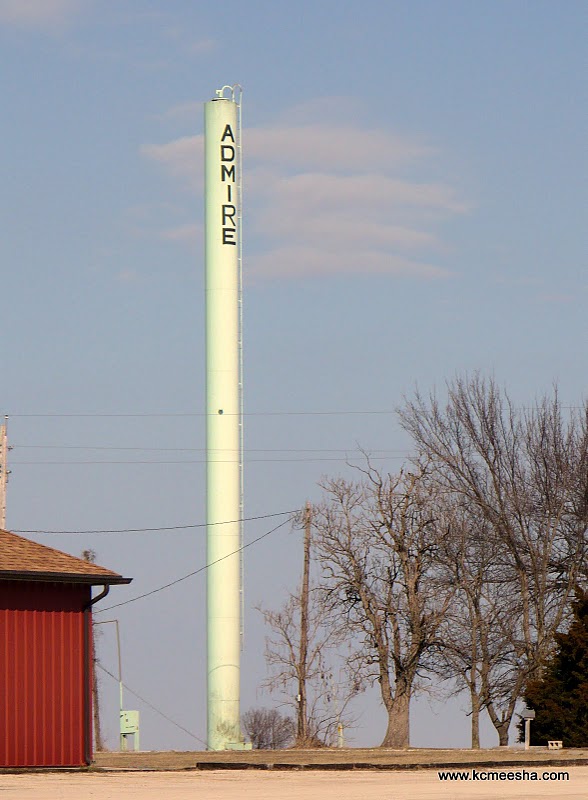 Last Chance Cafe is the best and the only pizza deal in town. 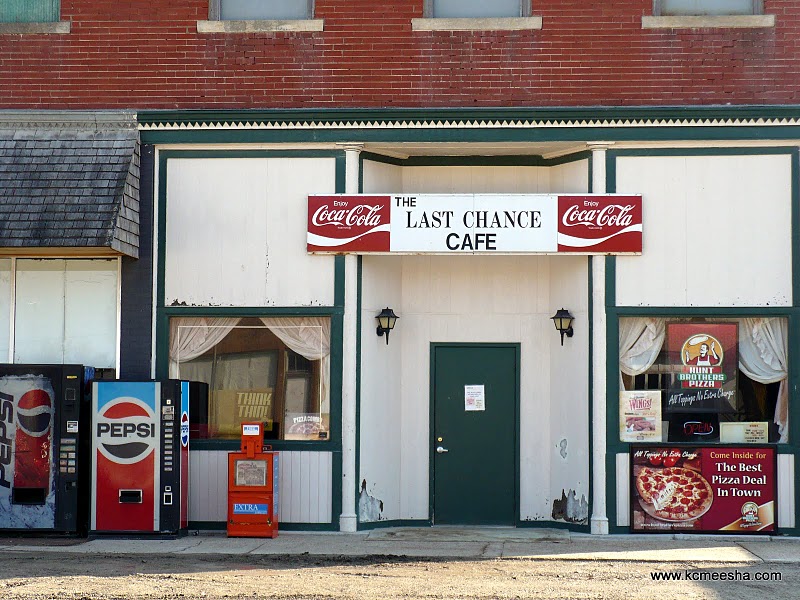 Another water tower was built mainly to display the town’s name. 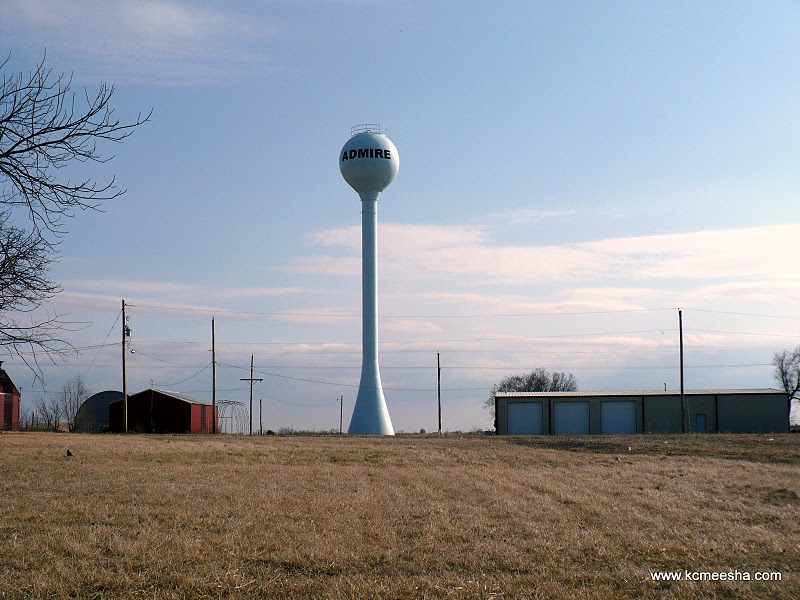 I had a short drive to Emporia… 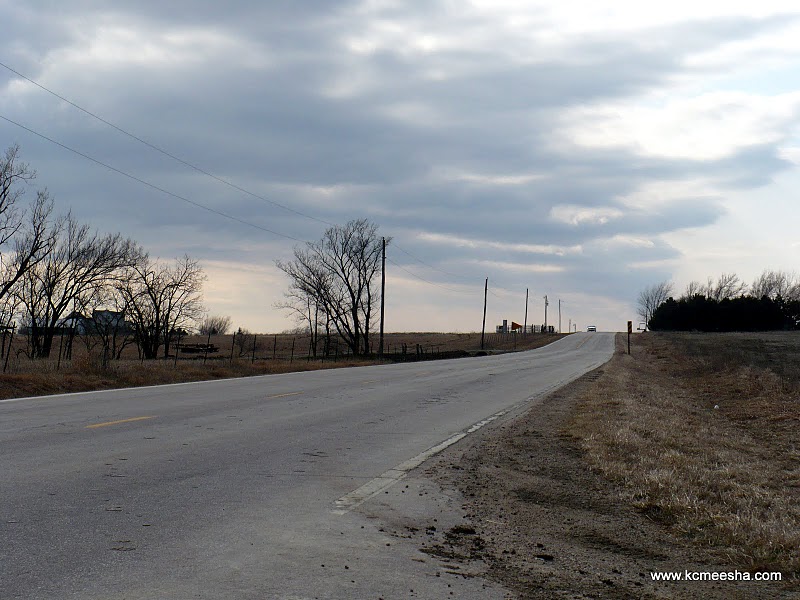 …where Jesus Christ wanted me to stop and accept him. Sadly there was no parking. 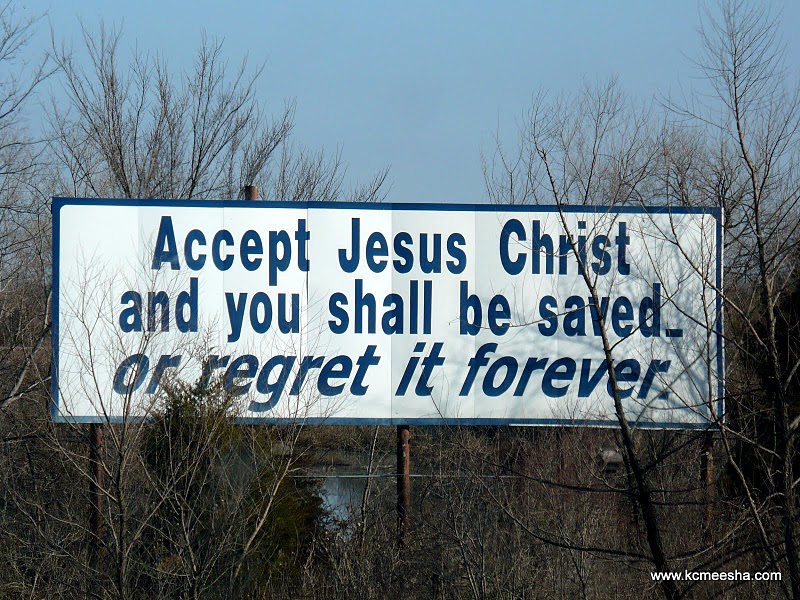 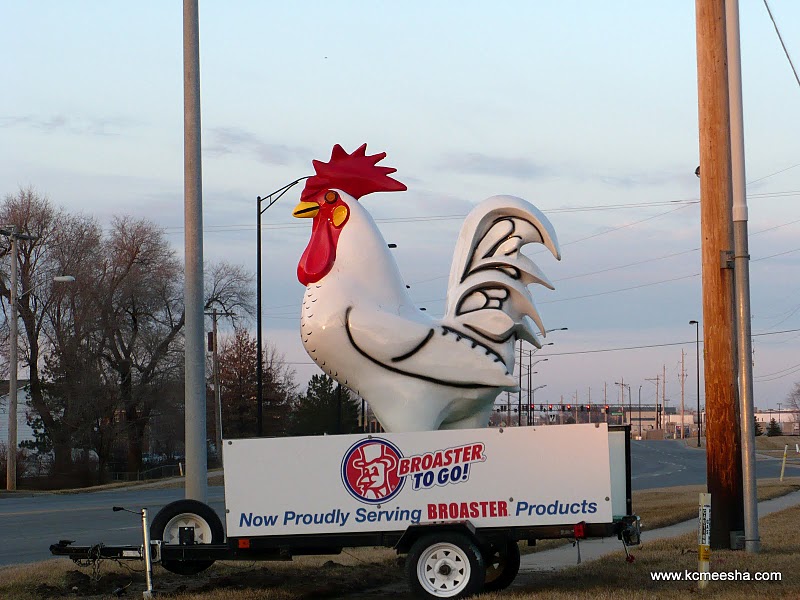 I felt tired but refreshed at the same time. With my head cleared up I settled down on the couch thinking about the roads, small towns, open spaces and partial Native Americans.