By the way, I can watch the girl on the right for hours, something hypnotic about her dancing.

El Camino Real in Kansas City, KS was recently listed as the number one on the Kansas City’s Top Ten Cheap Tacos list, which I am following as if it was a list of the 10 commandments of cheap food. After several visits to the place  I would agree that it’s undoubtedly one of the top taquerias in the metro. I usually avoid the word “authentic” because, as I have mentioned before, I have never had a meal in Mexico outside the feedlots for the pasty fat people otherwise known as resorts in Cancun. However, if I had to imagine what the Mexican people eat at home, it would be something like what’s served at El Camino Real.
Over the past several years my idea of the “real” Mexican food has evolved to exclude anything with puddles of melted cheese and mountains of lettuce, not that there is anything wrong with that. The type of Mexican taco I came to like is a simple mound of filling on a small corn tortilla with cilantro, onions and pico de gallo served with it or on the side. Sometimes you will get a lime but that’s as fancy as it goes. The secret is in simplicity which is what I appreciate in any food.
At El Camino Real the kitchen area is open so I was able to annoy the cooks hanging around and taking pictures. This is the first place where I saw the tortilla-making contraption and was able to capture its operation on-camera.

The process is pretty simple. After tortillas are rolled… 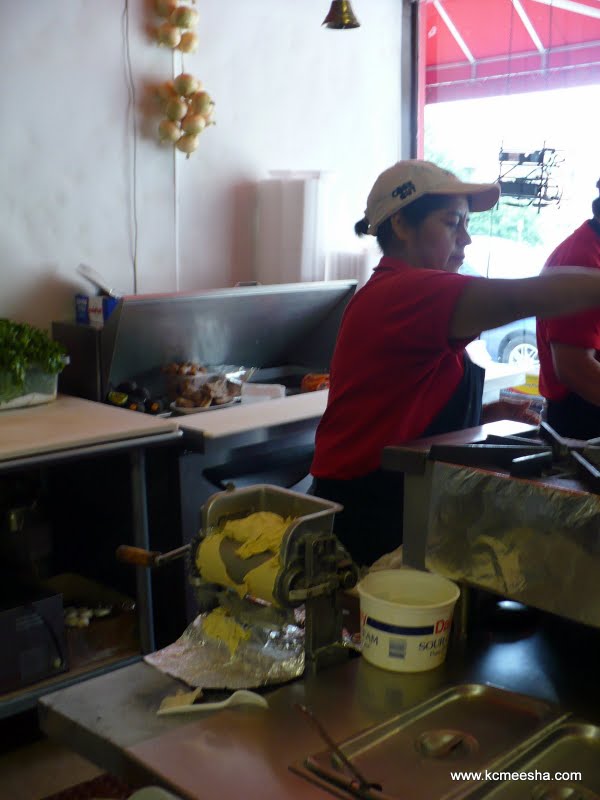 …they go on the griddle… 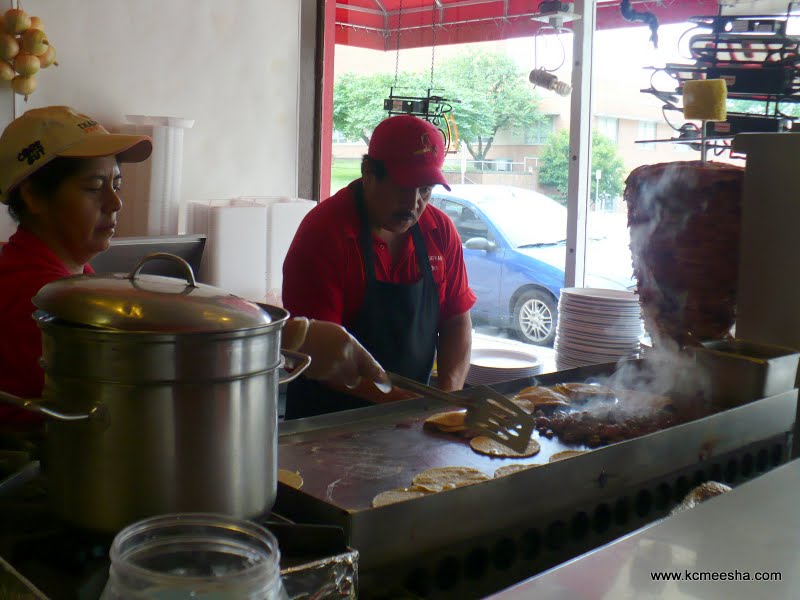 …some pork “al pastor” is cut off

the spit and mixed with pineapple you can see above it … 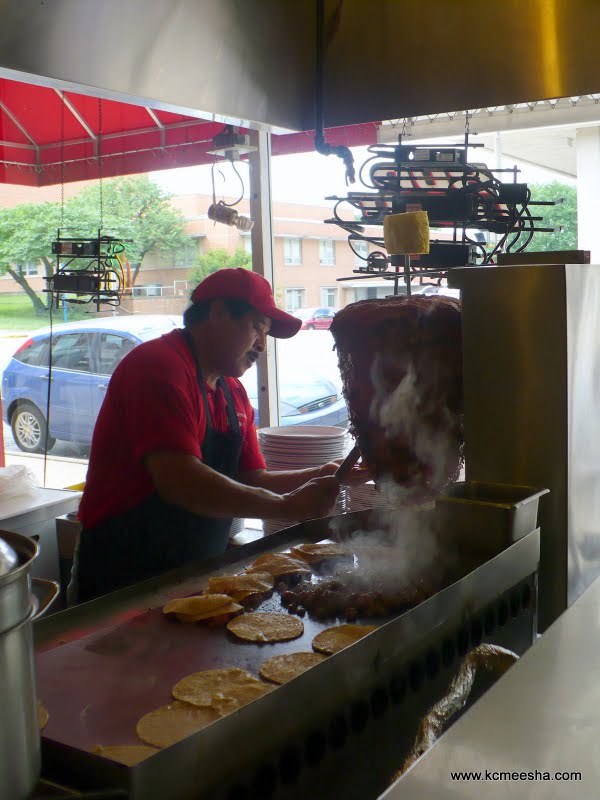 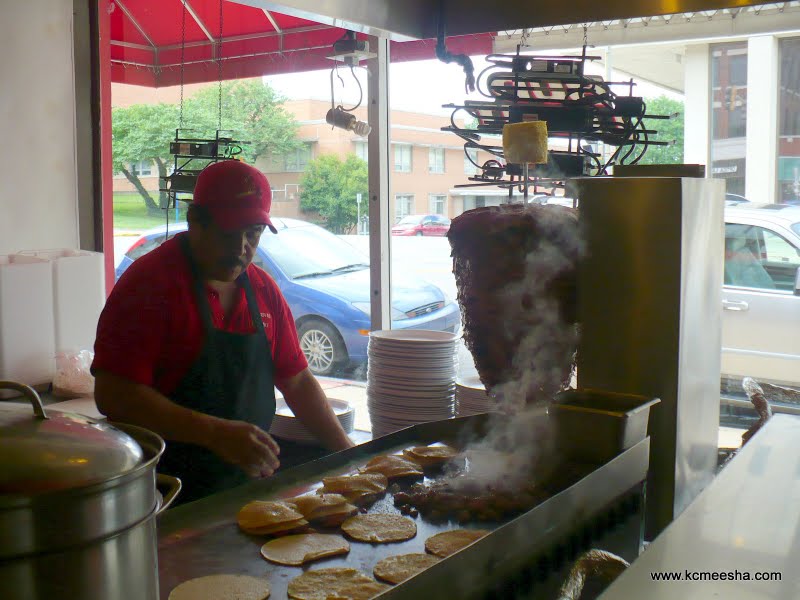 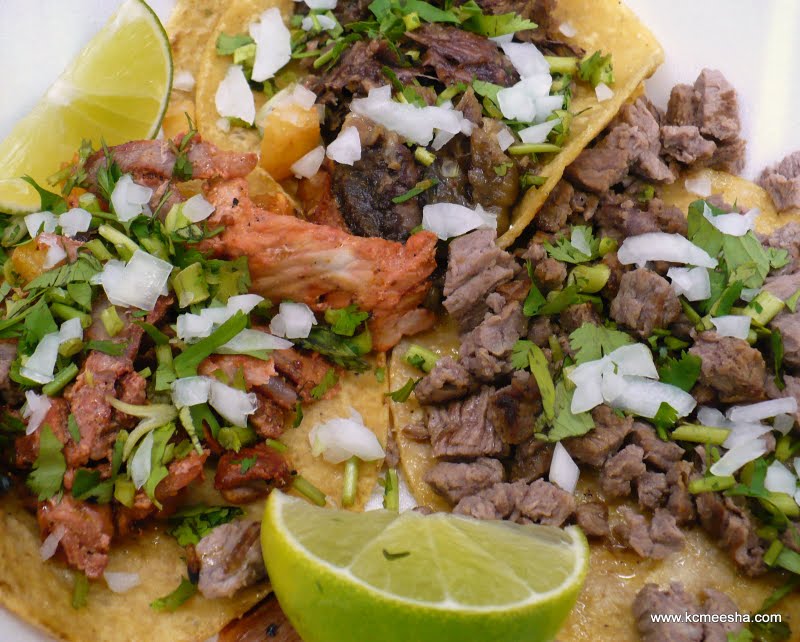 On the left-hand side you can see al pastor, on the right side is asada – steak and on the top is the lengua – tongue.
Here is another photo slightly turned: 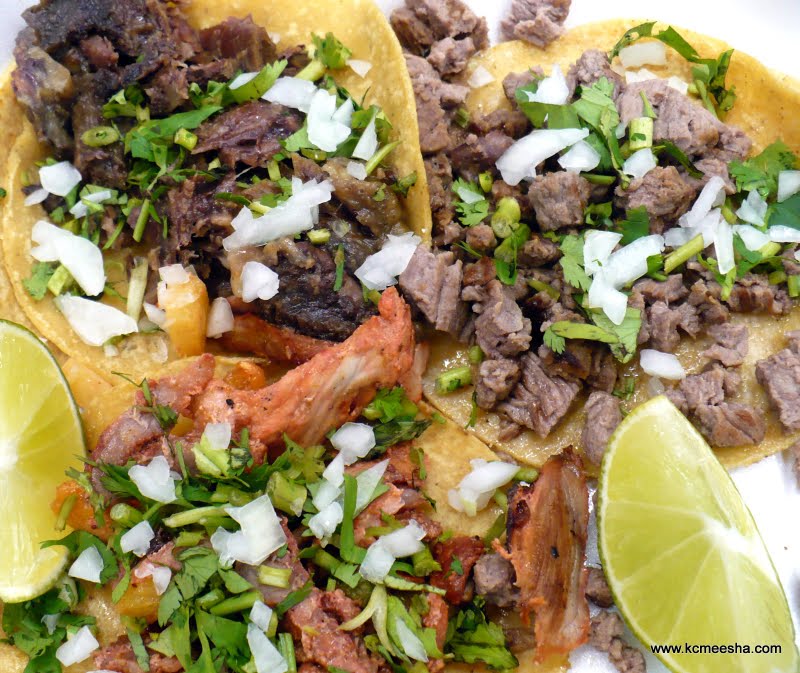 You can see the rest of the taco selection in the menu: 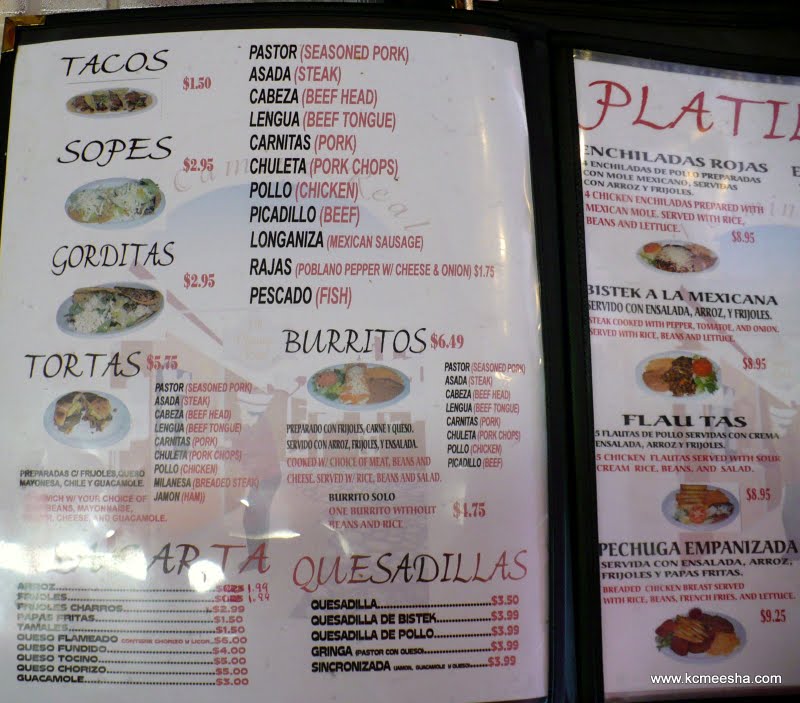 The place is clean and has plenty of seating. I was able to park right outside of the door but there is plenty of non-metered parking in the area. On both of my visits, there was at least one English-speaking person in the restaurant, usually the waitress. If you dine in you will get complimentary chips, salsa and pico de gallo. Carry-out didn’t come with chips or pico de gallo, but I didn’t ask. They did send plenty of chopped cilantro, onions, salsa and limes.

3 tacos and a Mexican Coke (which is now sold at Costco, at least in Midtown) ran up to $6.48, a little price to pay for what the greatest restaurant critic of all time (to be left unnamed) called “the best tacos I had in my entire life”

*I used Google Translate, I am not exactly sure El Camino Real is The Royal Road