When I post the old photos from the Life Magazine Archives my secret hope is to hear from real people who either recognize a person, a place or an episode shown in the picture. For the most part the photos are not that old, so finding an eyewitness is not that far-fetched.

I was excited to hear from the grandson of Max Jaben, one of the people photographed for the Kansas City Crime series.

Making up Civella’s inner circle were; brother Cork, nephew “Tony Ripe”, gambler Max Jaben, and enforcer Carl “Tuffy” DeLuna. On the fringes was a powerful Capo named William “Willy the Rat” Cammisano, who headed a semi-autonomous crew in the vein of the Riccobene faction in Philly or the Licatas in Cleveland. Nick and Cork and Max Jaben became charter members of the first edition of Nevada’s “Black Book” in 1960.

According to his grandson, Max Jaben helped operate the “Snow Club” among other places. 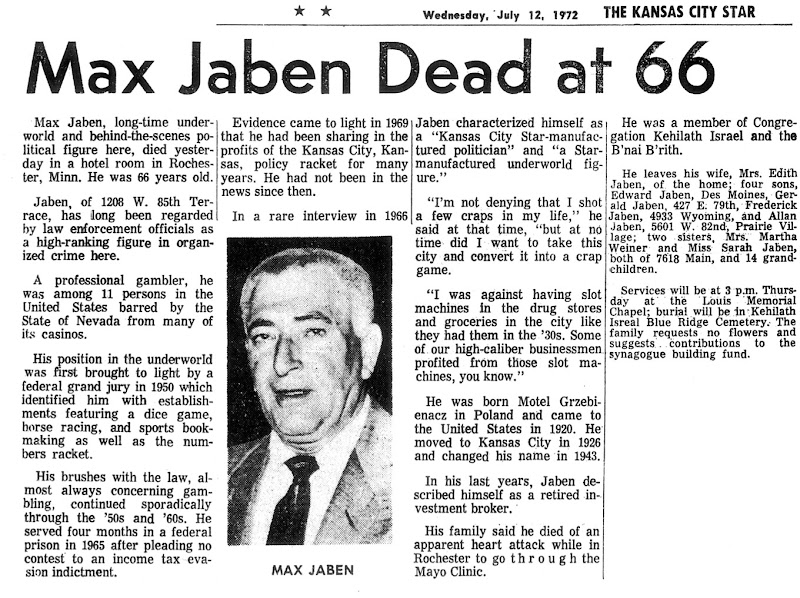 While I usually try to do at least a basic search on the photos I post, I always like to hear from real people, it makes doing these posts even more fun.