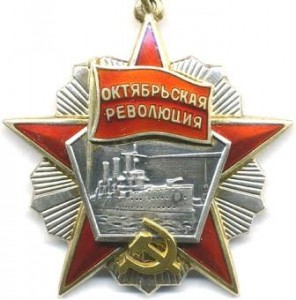 Today is the 91st anniversary of the Great October Socialist Revolution – an event that truly changed the course of the world history and still influences all things political, military and diplomatic. Millions of people died, millions were displaced, families were shattered, hopes destroyed, lives broken.

Many blame Lenin and the Bolsheviks for the failed 70-year experiment but the truth is that they were at the right place at the right time when with the little agitation and slight prodding the Russian people were ready to fight for what they thought was a better future.

For almost 20 years after the break-up of the USSR people cannot agree if it was a good or a bad time in the Russian history. It was a time of great achievements, industrial development, first man in space, victory in the World War II, but at the same time it was paid for with civil war, oppression, labor camps, millions of lives, starvation, forced relocation of the whole nationalities, state-sponsored antisemitism and constant fear. Would one trade free education for free speech, free health care for freedom to see the world, man in space for plentiful food. To many the answer is clear, others can live with the trade-off.

Today many will gather in public places to celebrate or curse the legacy of the revolution. It lives in people like me who witnessed the last years of the USSR but it also lives in people like you who for the past 90 years tried to prevent this from happening here. Were you successful? Time will tell…