Both Would-be Presidents Have Already Sold Us Out. 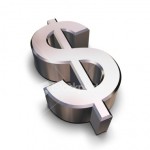 Before I go back to posting about irrelevant subjects, I’d like to recommend a recent article by one of the few America’s  remaining journalists with balls – Matt Taibbi. Matt is a vocal critic of the current President and voiced his opinion in print and TV, frequently appearing on the Bill Maher Show.

For a careful observer his article is nothing earth-shattering, but I still like the way he puts it and he seems to be pretty even-handed in treating both presidential candidates.

In layman’s terms, we’ve gone from being screwed to being fucked. Who knows — maybe Barack Obama will surprise us if he wins the election. But if you look at the money, it doesn’t look good.

My sentiment exactly. Some time ago I talked about why I don’t vote and so far nothing happened to change my mind. Current system stopped producing candidates worthy of my vote long time ago and voting for either of them is an implicit approval of the system that saddles the voter with low-grade choices. Not me, not again…

Matt Taibbi:Candidates for Sale: Big Business Is Making Sure It Wins the Presidency