I think I know a thing or two about the circus. When I was growing up© my parents took me to the circus 4-5 times a year and it wasn’t a traveling circus or a tent. My city had a permanent circus building and every few months a new program would come to town to perform for sell-out crowds. 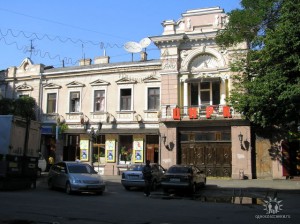 I was there during the golden age of the Soviet circus – world famous magicians, clowns, exotic animals, ground-breaking acts, daring performances.

No wonder that many performers in the Cirque Du Soleil shows are from the Russian/Soviet school of circus. I attended three Cirque Du Soleil shows so far and they turned out to be some of the best shows of any kind I’ve seen in my life. Everything from costumes and specially composed music to the highest quality acts is perfectly matched to create a magical show. This song from the show Alegria is probably my favorite. Something about the dramatic music and raspy tragic voice of the singer; sometimes I keep playing it over and over….