Germany wasn’t on my bucket list. I don’t even have a list. The only reason I use it to name my travel posts is because I like the way they look on my travel page, all nicely lined up.

The original plan was to stop at Bruges on the way from Amsterdam to Paris, but the prospect of spending a day with my childhood friend, riding on an autobahn, while still adding another country to the itinerary outweighed my desire to see the exact spot where the body of a killer plopped down from the tower in that one movie. A chance to see the famous Cologne Cathedral in person and me having only a vague idea of how to make the trip from Amsterdam to Bruges and still make it to Paris the same night tipped the scale and the next morning we were on the way to Düsseldorf.

I was underwhelmed by the autobahn. Besides not having a speed limit in some places it wasn’t that much different from the stretch of I-70 between Kansas City and St.Louis. My friend drove fairly fast on some stretches, but just like here we were frequently slowed down by construction and slow drivers in the passing lane. My eye was missing my favorite highway entertainment – the billboards. It took about 2.5 hours to arrive in Düsseldorf.

Düsseldorf turned out to be a lively town with an interesting but fairly generic historic center and a large and expensive shopping district. That one restaurant downtown with a German name serves the best liver I’ve ever had. Make sure to check it out while you there. 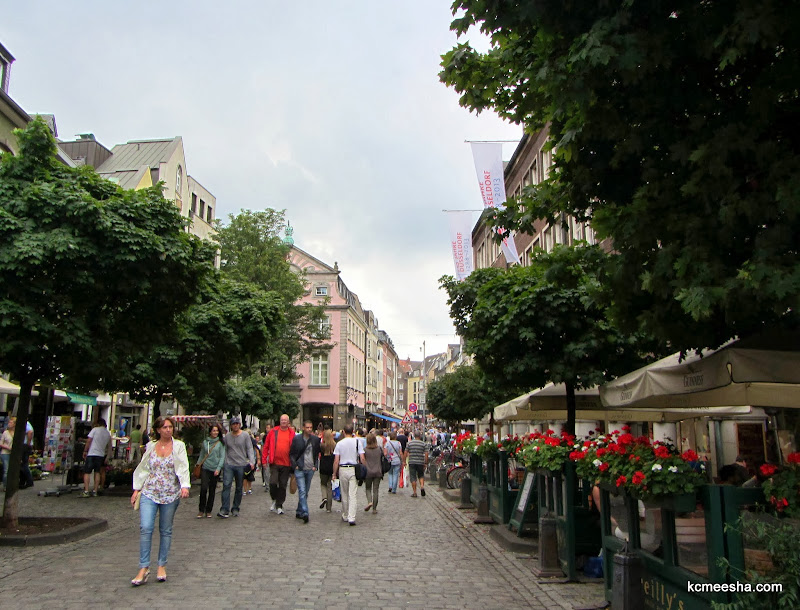 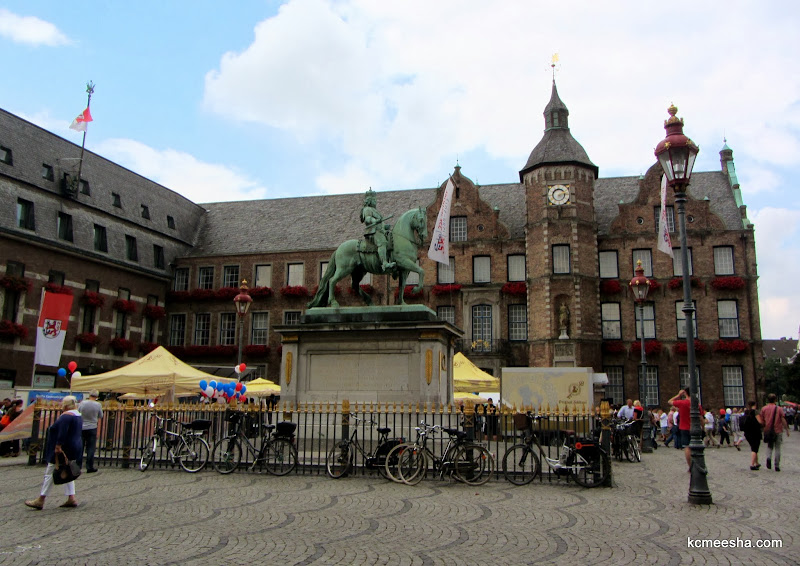 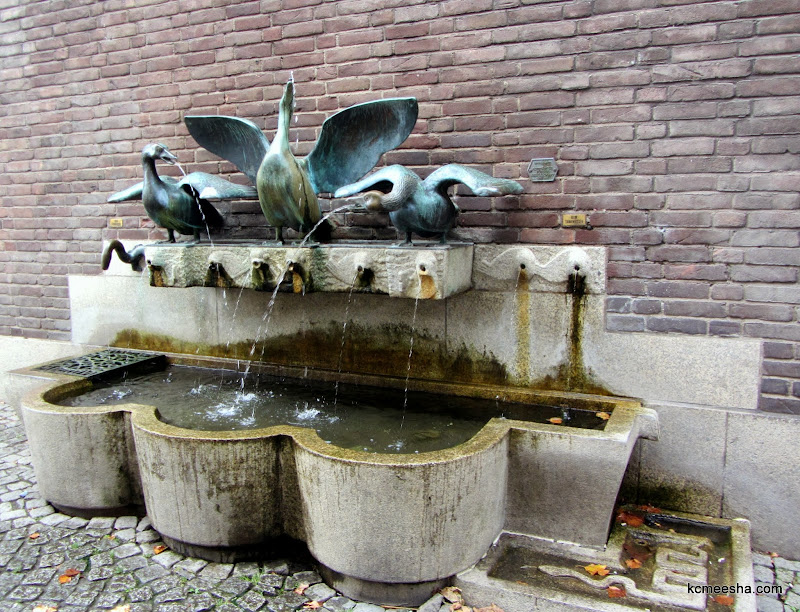 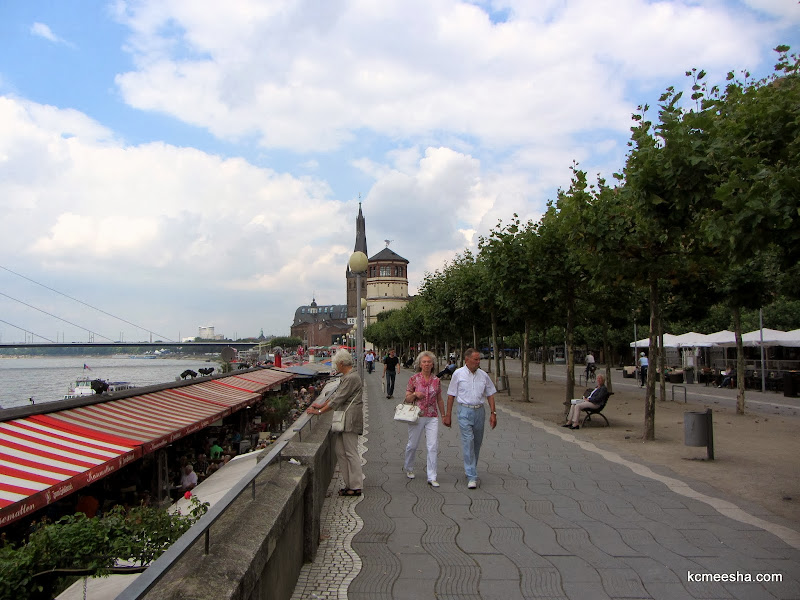 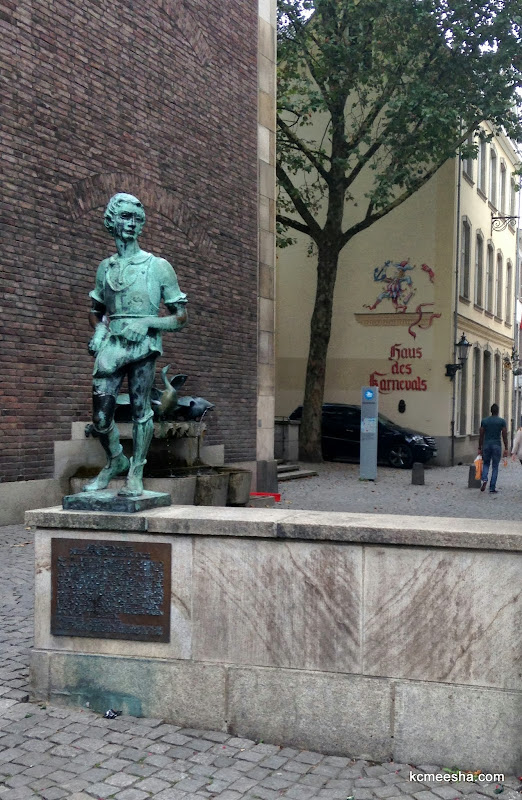 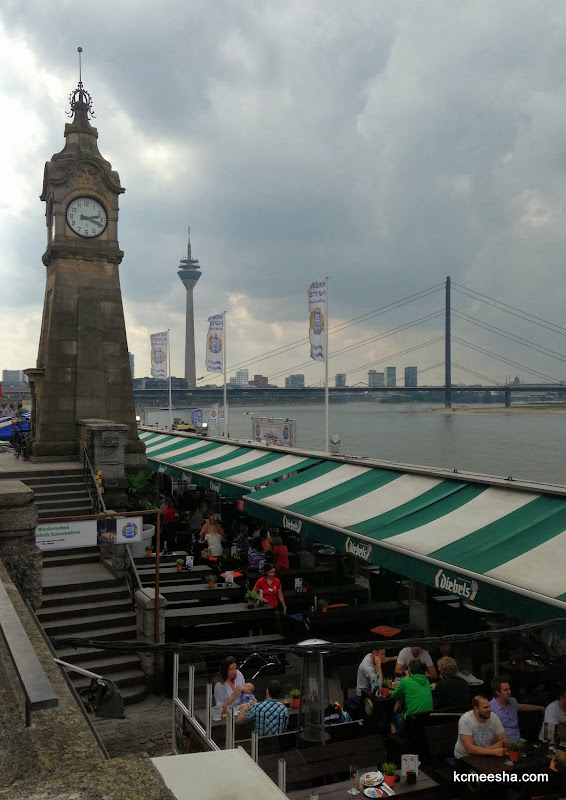 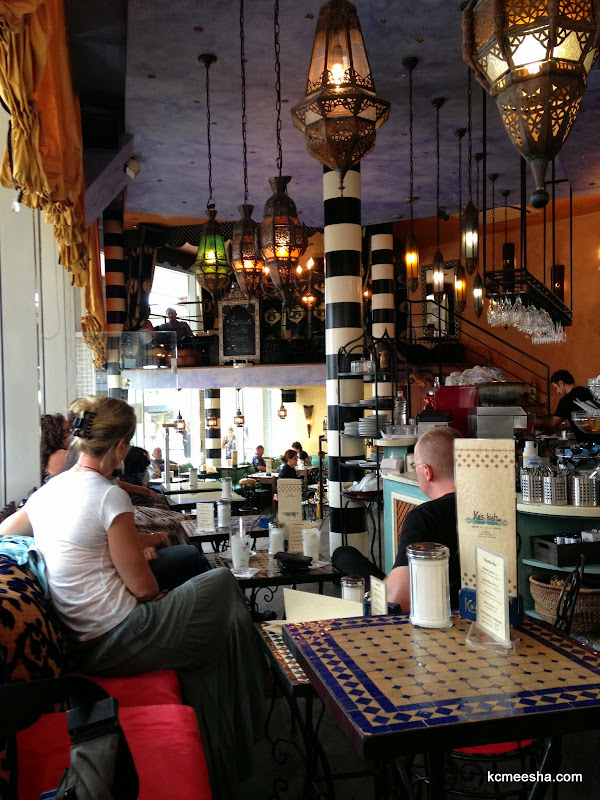 However, the main attraction in Düsseldorf is the bearded man in a feathered hat and a balloon tied to his walking stick. I would’ve taken a better photo of him if his benchmate wasn’t giving me a Gestank Auge. 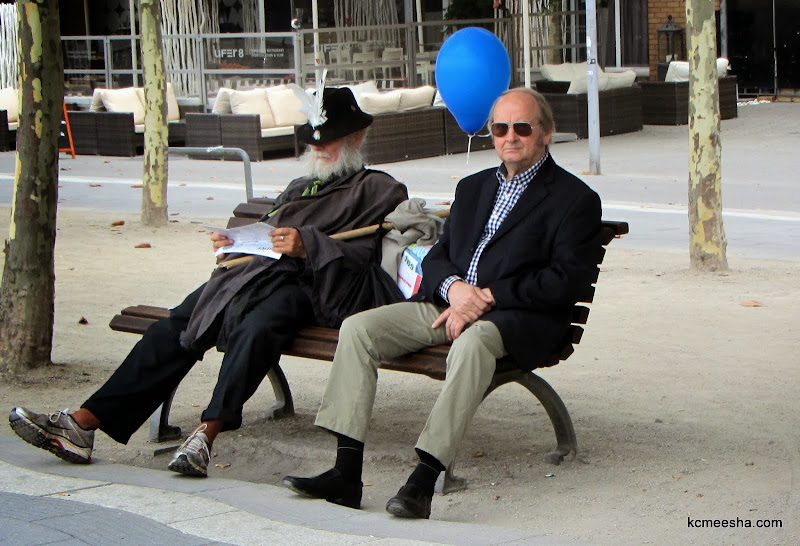 Cologne is a short drive away from Düsseldorf and my friend dropped us off right in front of the Cathedral. The Cologne Central Station is right next to it, so we headed there first to buy tickets to Paris, exchange some money and leave our suitcases. We had three hours before the train to Paris, and while the money exchange and the very nifty automated luggage storage were easy to find, the tickets were a different story. Turned out that the German ticket offices stopped selling tickets to the Thalys trains few months ago, we found that out after standing in line to said ticket offices;  Thalys office was apparently across the street but closed on a Saturday afternoon. I tried to buy tickets on my phone while mooching free WIFI at the nearest Starbucks; my credit cards took turns being declined by the security. I even received an email from American Express asking me to confirm that yes, it was tired ol’ me standing there in Starbucks in the middle of Germany trying to buy a ticket to Paris, even though I booked all my tickets and hotels with the same card (if NSA works the same way, I feel pretty safe). After it was declined again even with my identity confirmed, I quietly cursed the entire American Express organization from the CEO down and decided to take our chances with buying tickets on board the train. I am pretty sure my daughter was already picturing sleeping on a park bench near the station.

All this time wasted, we finally walked over to the Cathedral to look around and take some pictures. A little known fact about the Cathedral is that it doesn’t fit into a camera. Everywhere there are people in various degrees of contortions trying to squeeze the whole thing into one shot but only a lucky few actually achieve it. 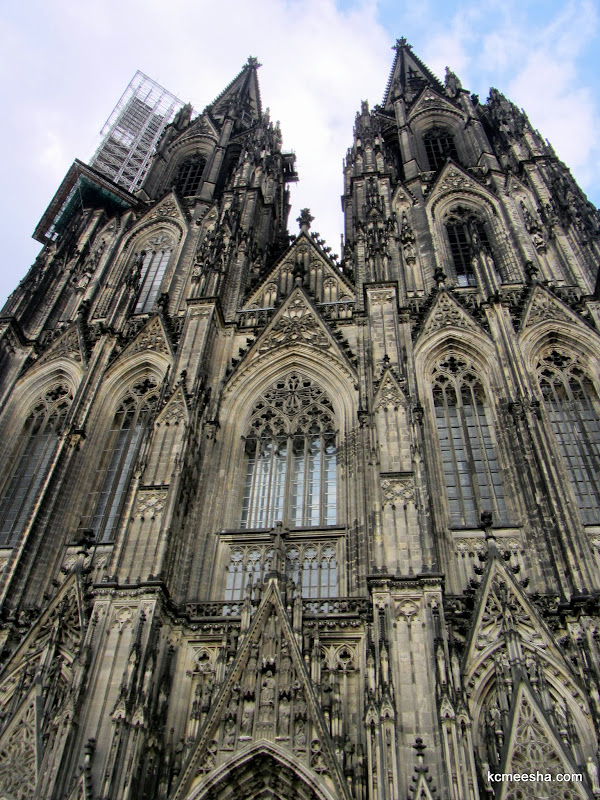 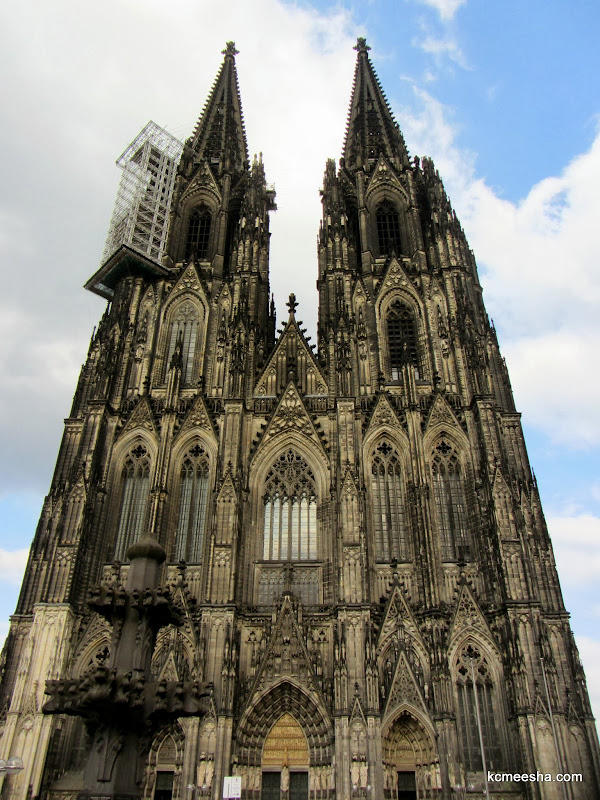 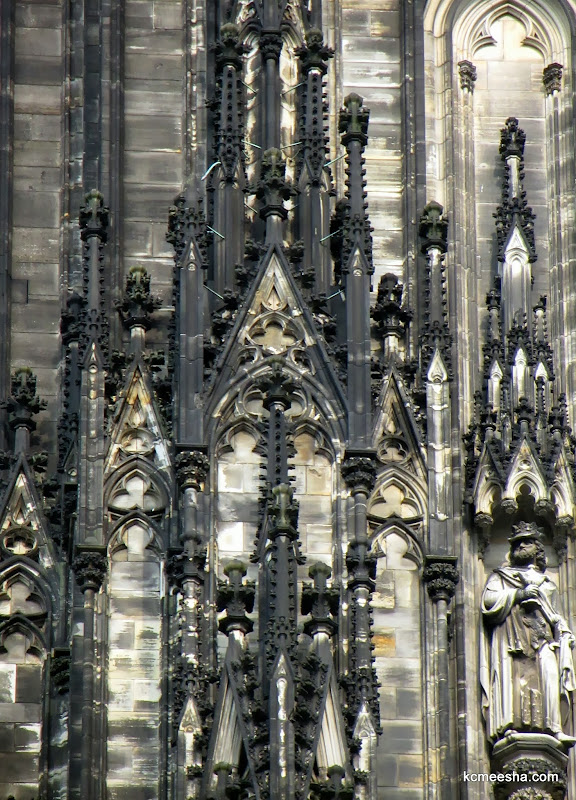 This is an exact copy of the elements on the top of the towers. Hard to believe it’s that big looking from the ground. 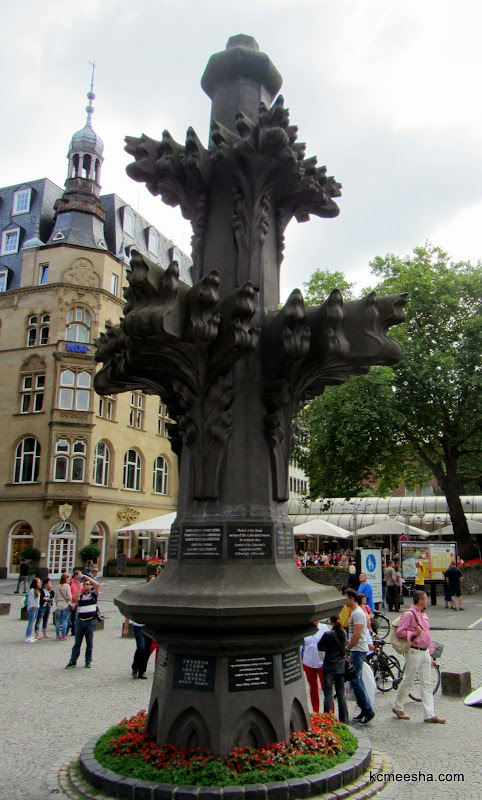 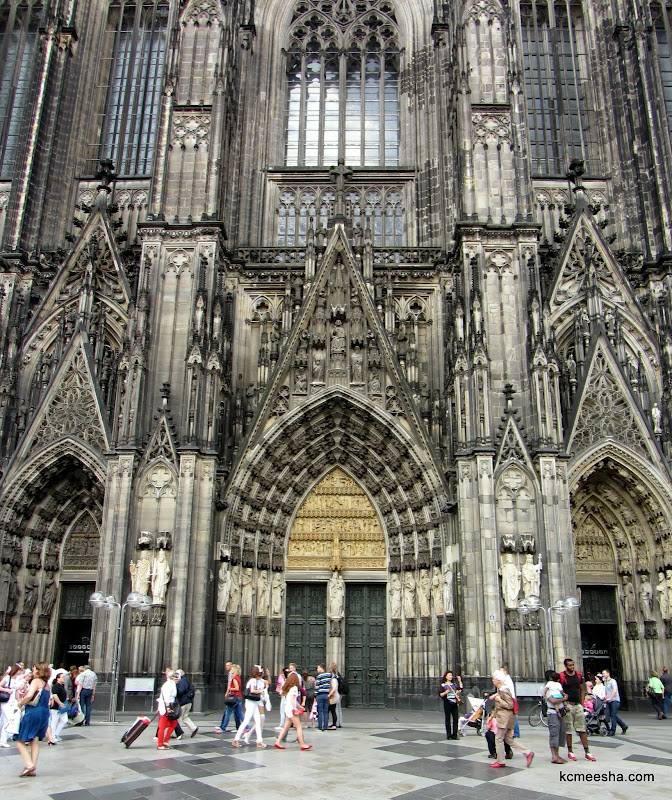 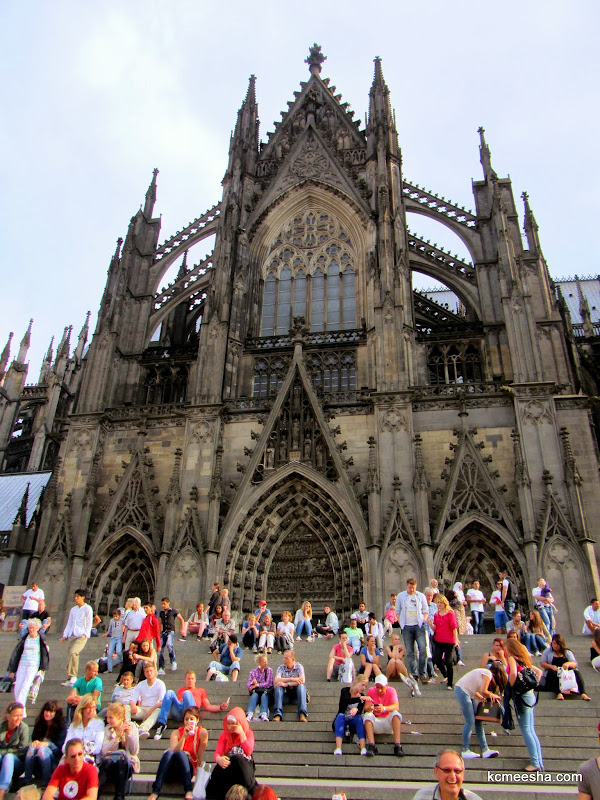 Huge crowds of people are mulling around the building. Some are pretty weird. 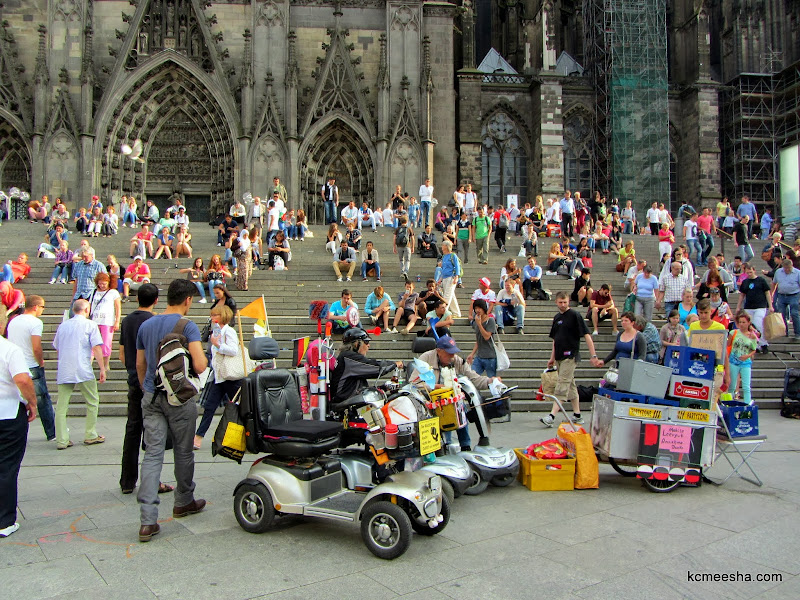 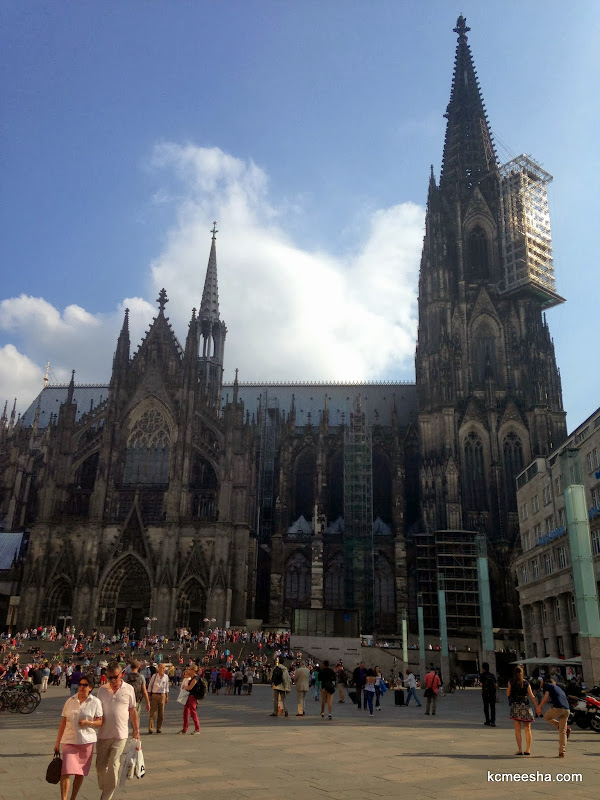 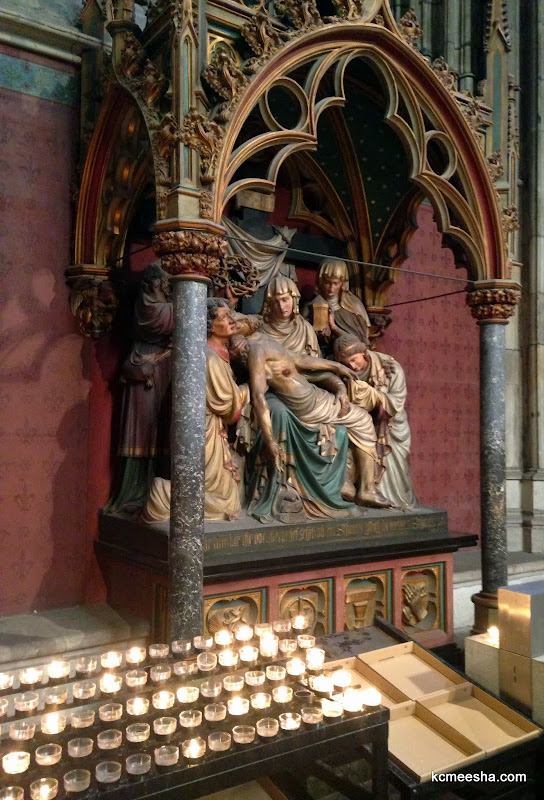 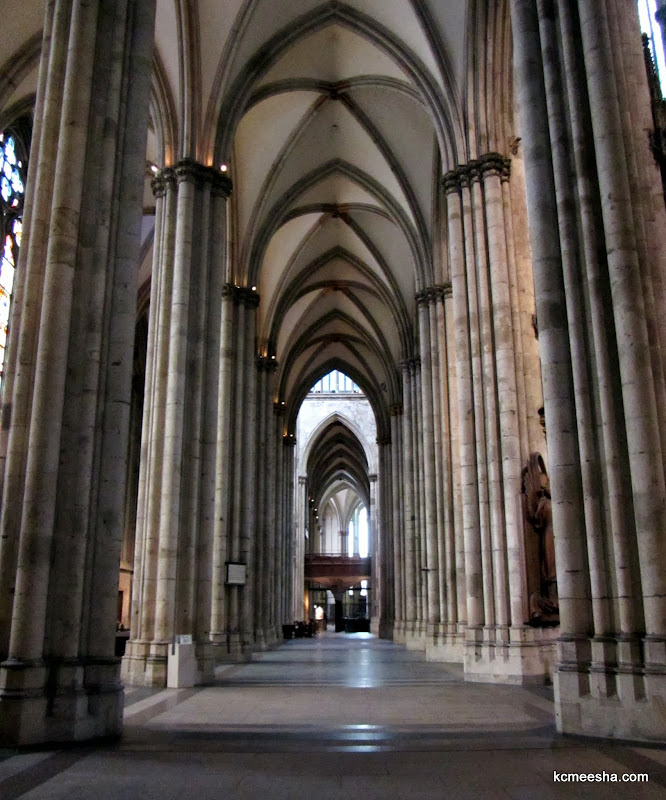 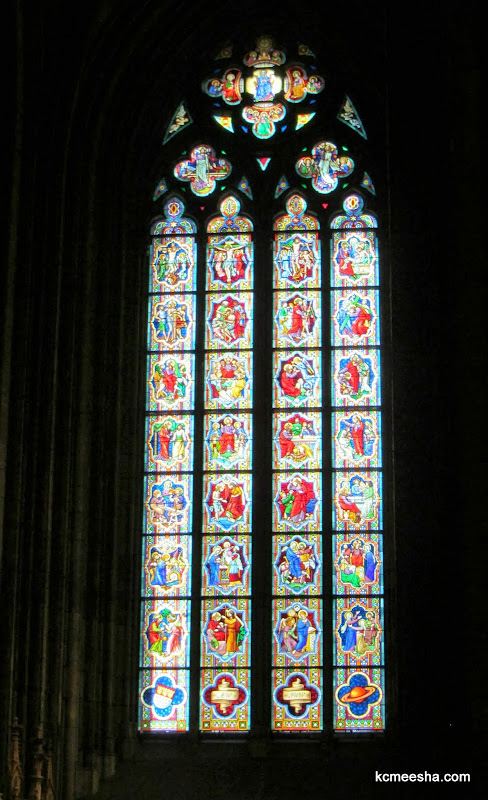 Of course, the best thing about the Cathedral is this guy. 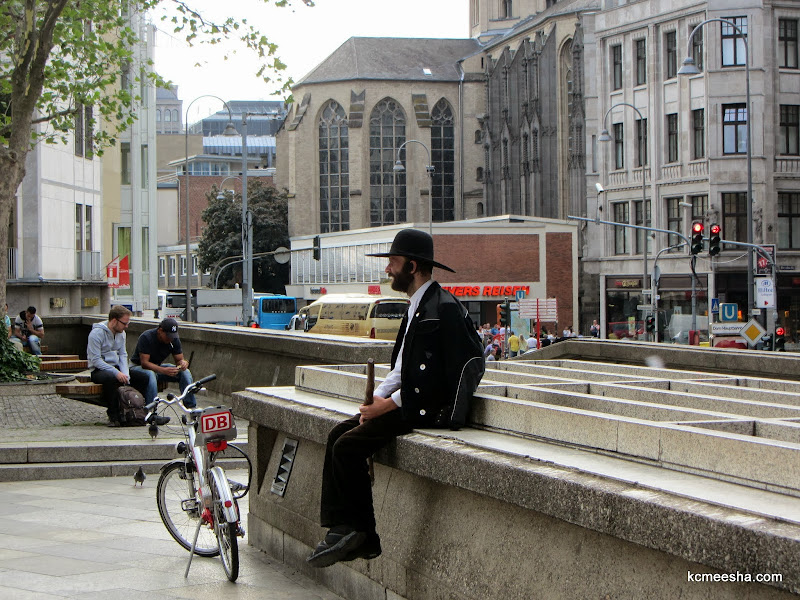 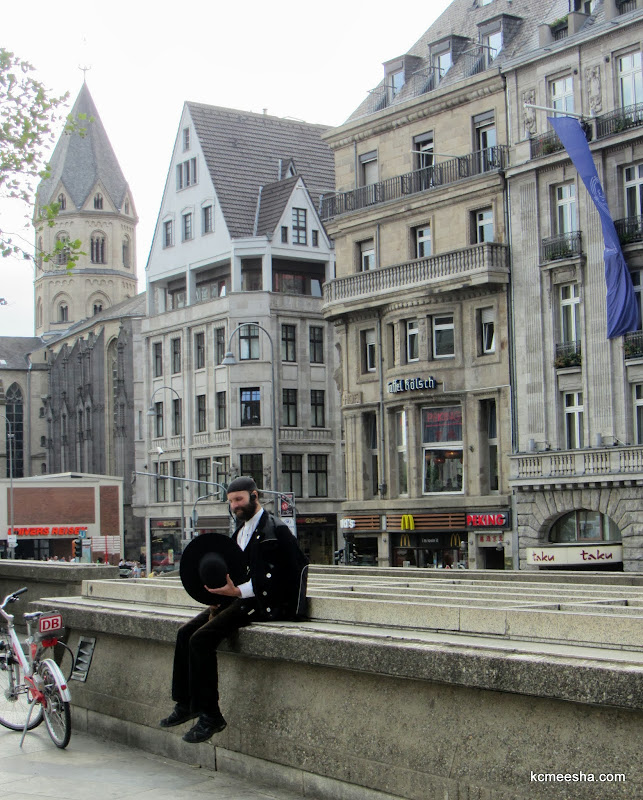 I think the best thing my daughter liked about Cologne is not having to sleep in the railway station. Apparently buying tickets from the train conductor is pretty normal, although they charge the highest possible price. Which is even higher when you get your credit card bill in dollars. But that’s the price of adventure.

On the train, a drunk German teenager cussed in perfect Russian. They kicked him out in Brussels. Someone got to sleep at the station that night after all.