On the day we went to eat at Wilma’s Real Good Food, the real Wilma, Brett’s Mom, was helping around the trailer. That’s why I had to scrap my original clever titles Inside Wilma’s and Wilma’s Under The Covers. Seeing Wilma talking to customers and helping her son was just as much fun as actually eating Brett’s amazing food. Naming a business after your Mom must be an ultimate quality control. 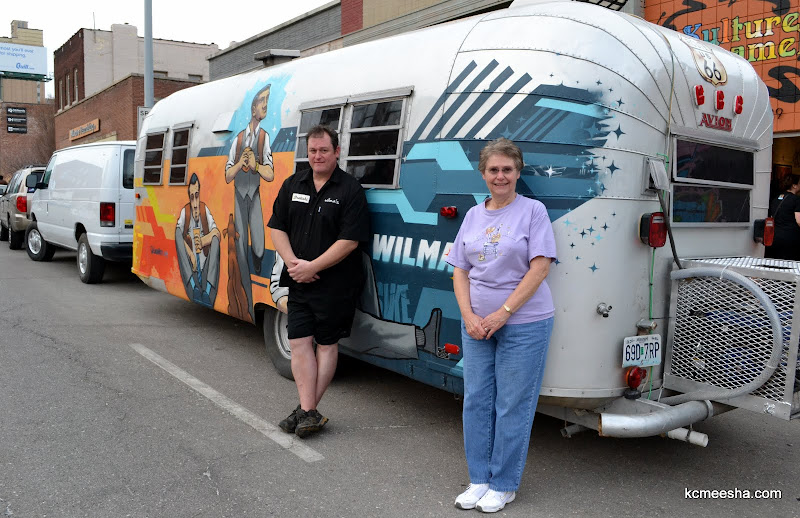 There are three main reasons to call Wilma’s the best: 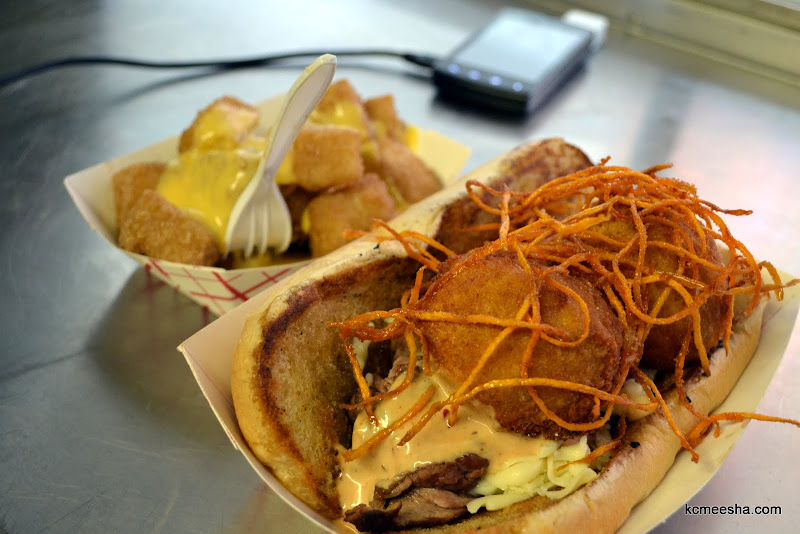 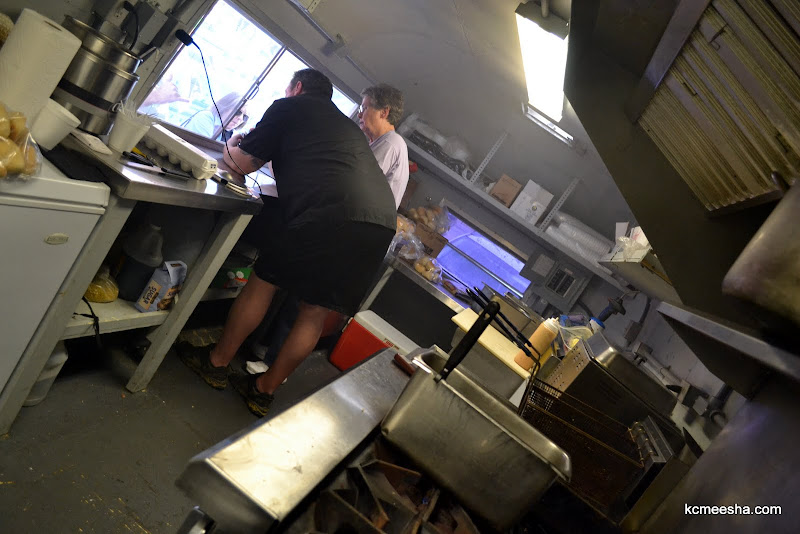 …Brett is working a different kind of magic… 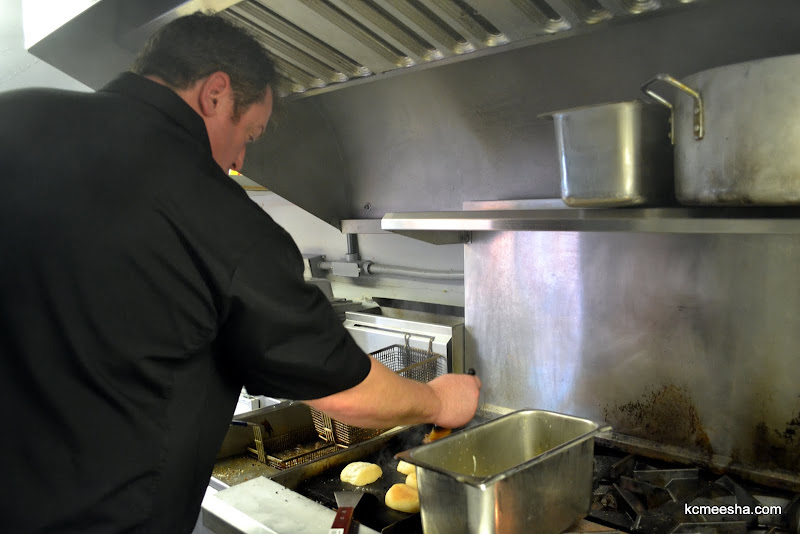 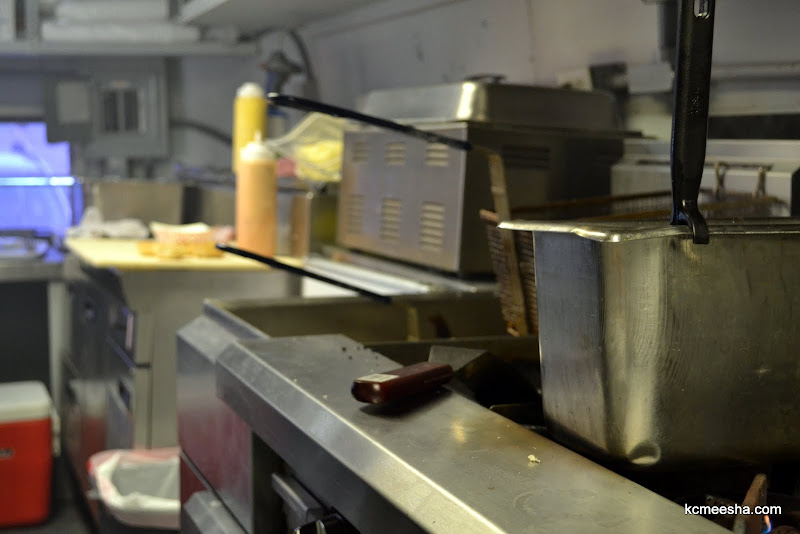 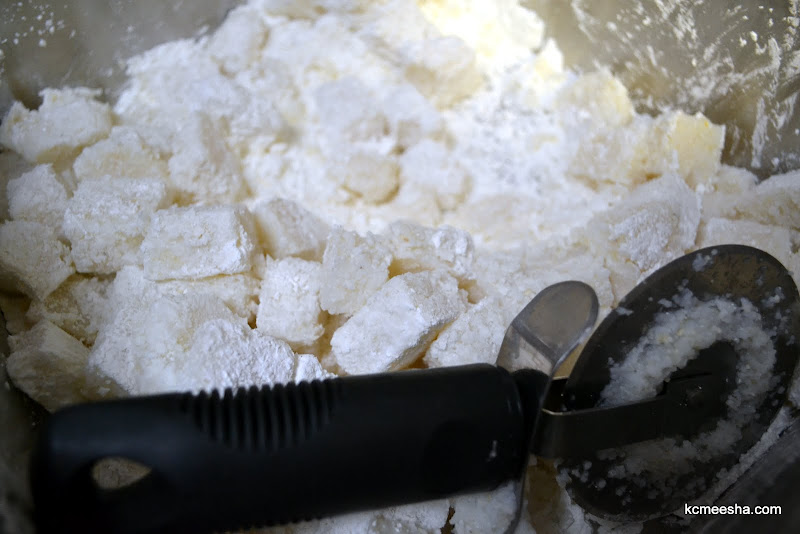 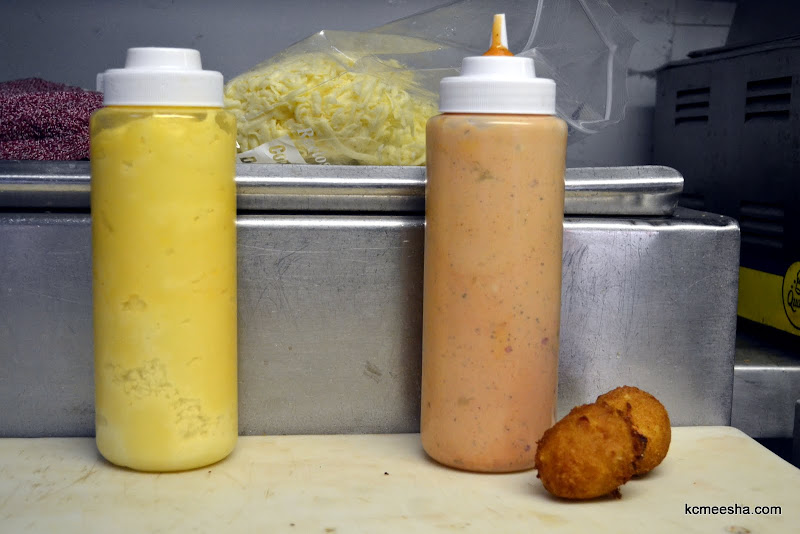 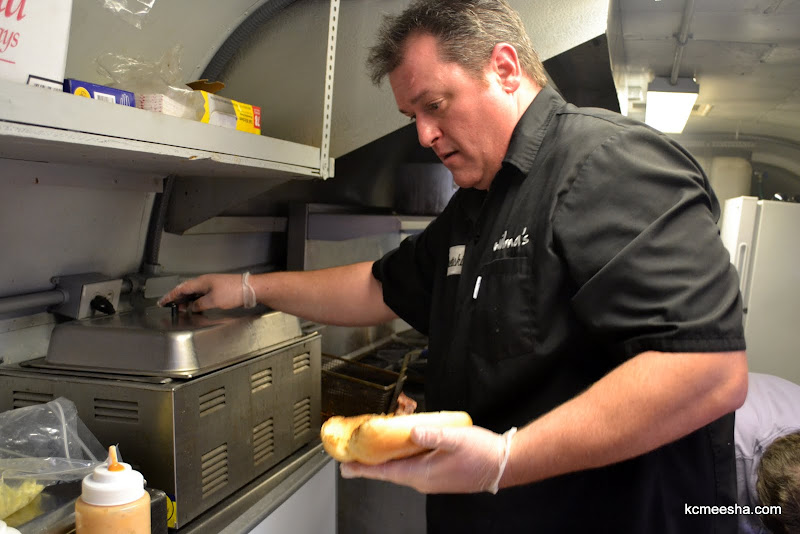 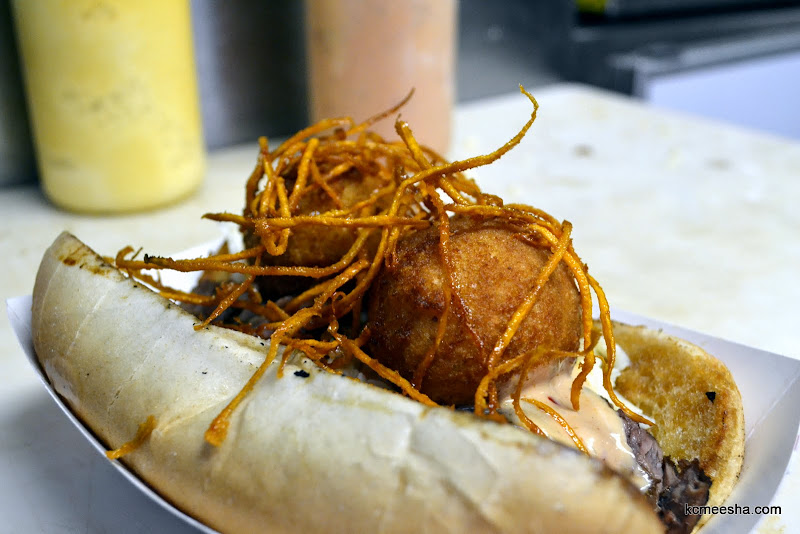 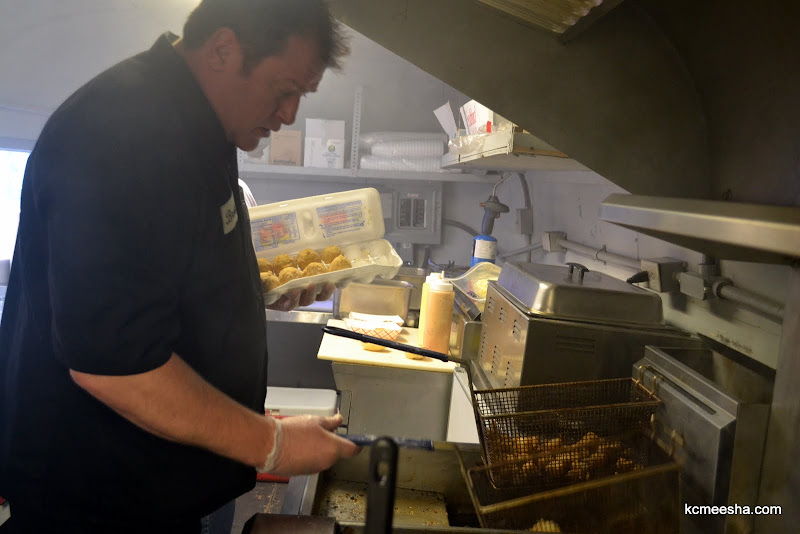 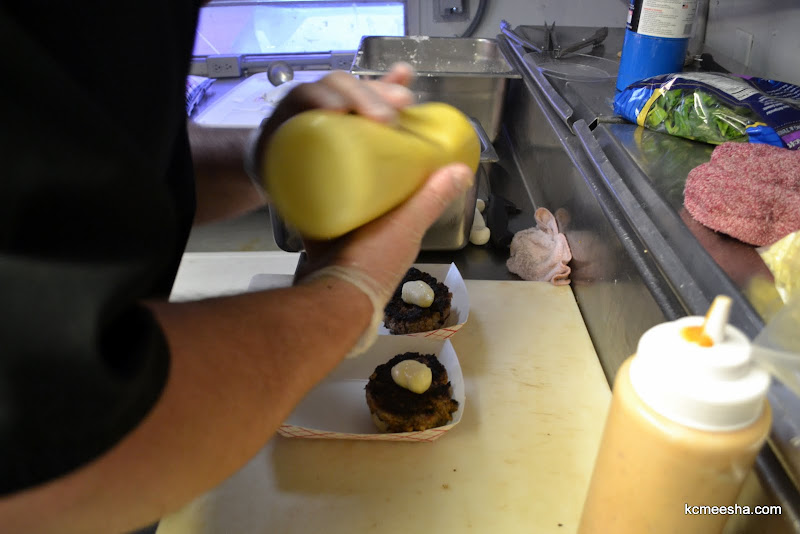 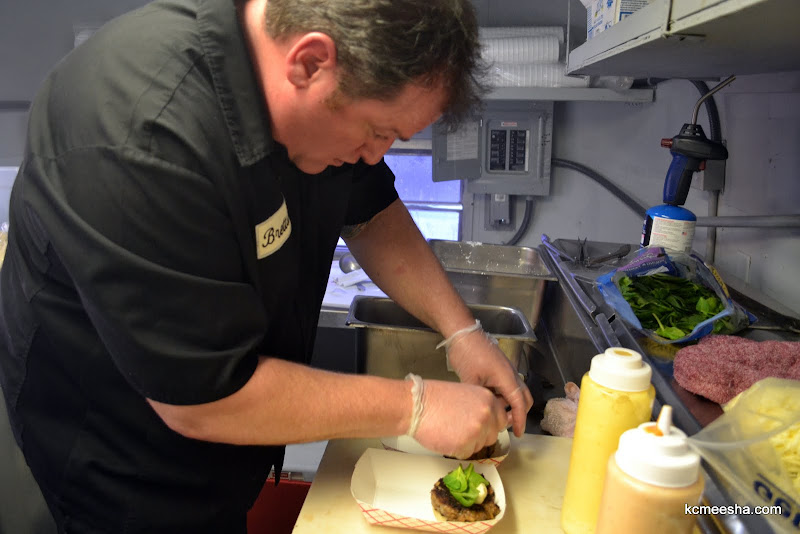 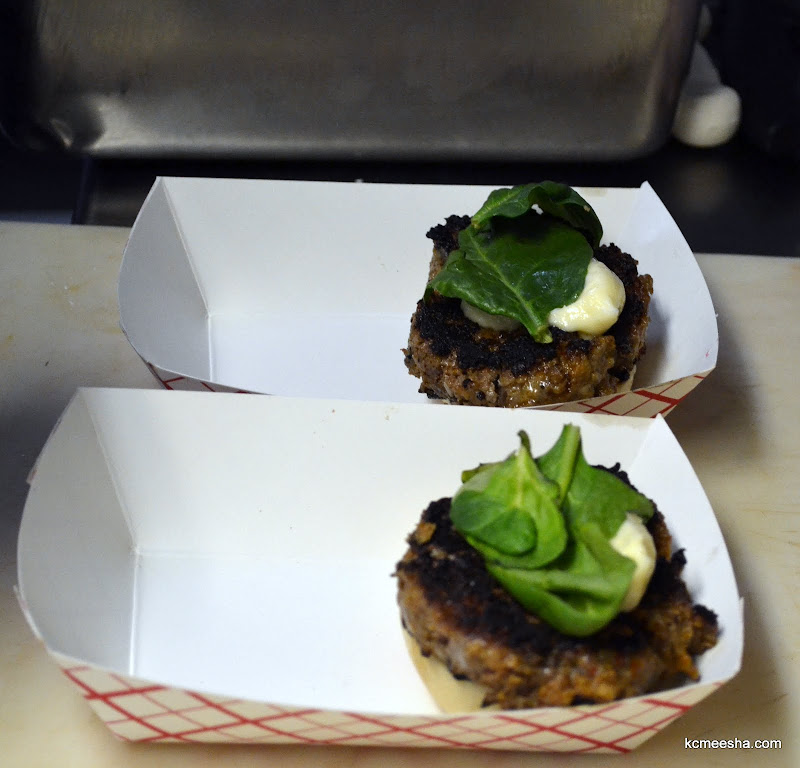 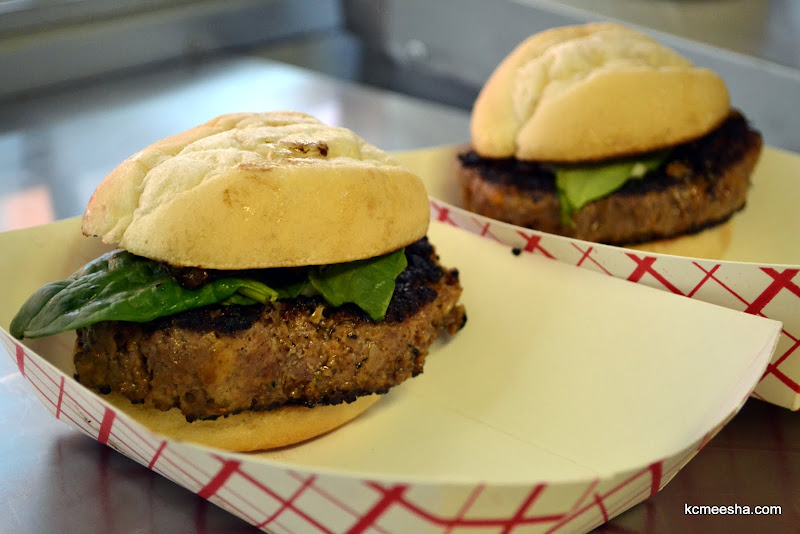 …some fried grits on the side… 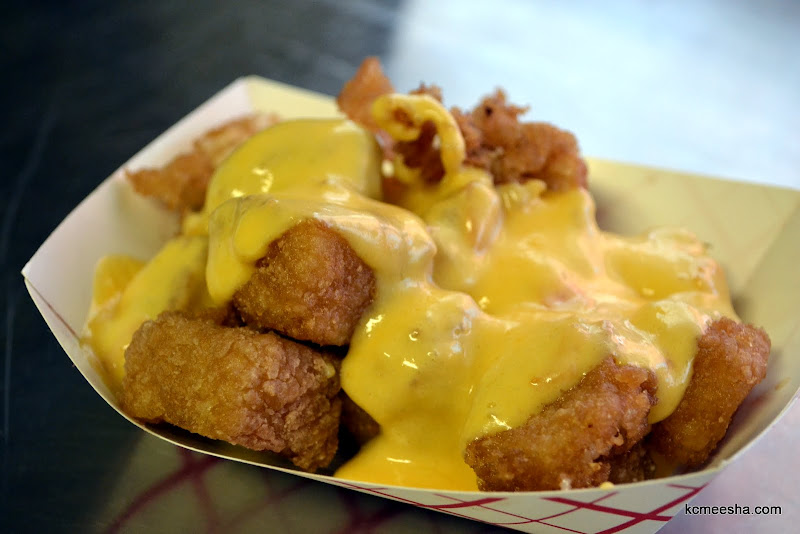 …and lots of ecstatic women outside. OK, maybe they don’t look ecstatic, but trust me, they are. 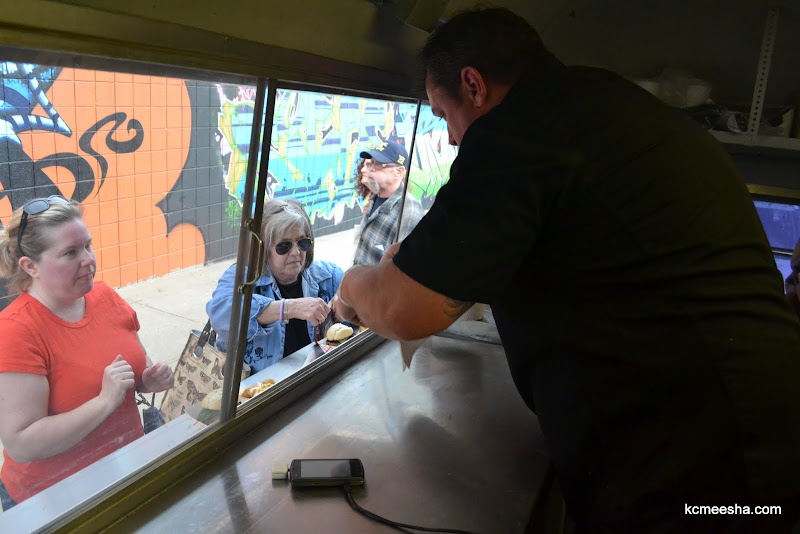 There is a lot in common between me and Brett: we both are handsome, popular with women, have great sense of humor and love our Moms, but when it comes to cooking, he is a better man. Of course, I am a better man because I am willing to admit that.

Follow Brett on Facebook and Twitter, in a car or on foot, stop if you see him parked around town, even though his truck blends in so well and sometimes is hard to see.. 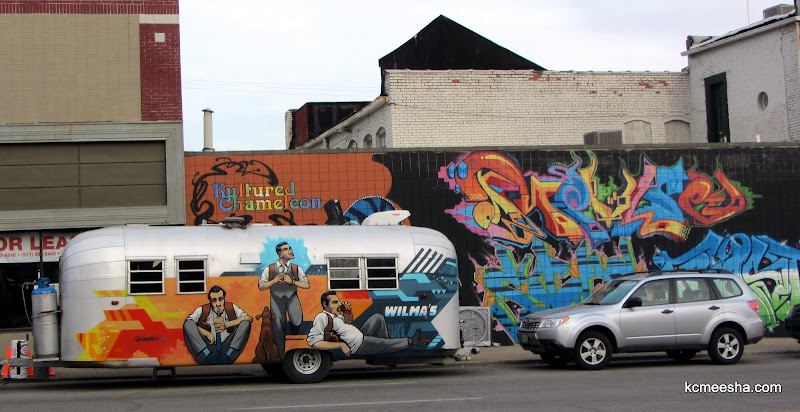 And remember, he always wears pants. And the food it great. And awesome-looking truck. But mainly pants.

*most of the photos here, especially all the good ones, were made by my kid.