Chanute is located on U.S. Route 169 between Iola and Coffeyville and is definitely worth a detour. While we didn’t have time to stop at the Martin and Osa Johnson Safari Museum, we drove around downtown, stopped at the The Chanute-Wright Brothers Memorial and unknowingly crossed the default center of Google Earth (for Mac). That would be this painting in the middle of the intersection. If I knew it was significant I would’ve tried to take a better picture. 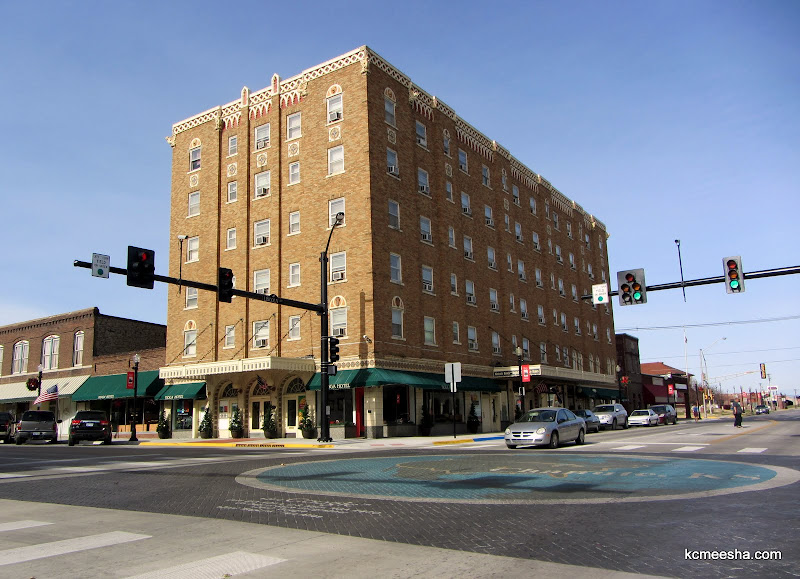 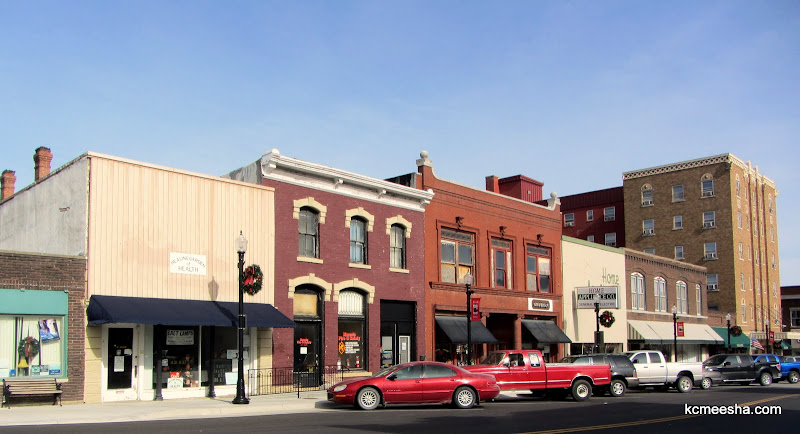 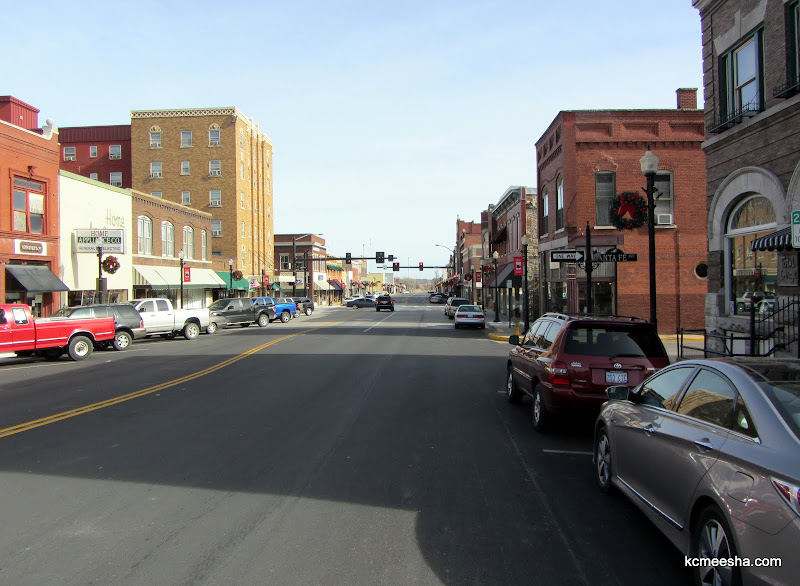 The City is named after Octave Chanute, who besides designing and building Kansas City and Chicago Stockyards and The Hannibal Bridge in Kansas City has taught the Wright Brothers everything they knew about building and flying an aircraft. The Wright Brothers repaid for Chanute’s kindness by flying their plane in a weirdly named place in North Carolina forever depriving this country of many flying and floating things named “Chanute”.

People in Kansas know otherwise and commemorated the real cradle of aviation by building a memorial where it belongs – in Chanute. 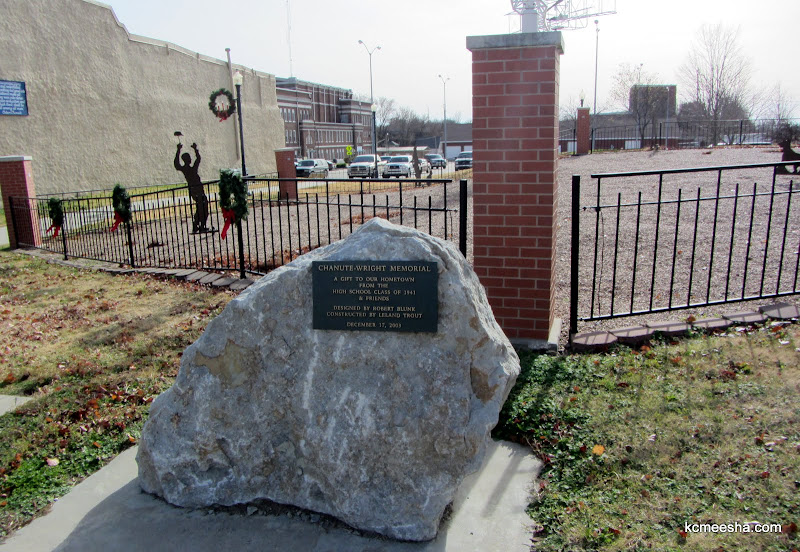 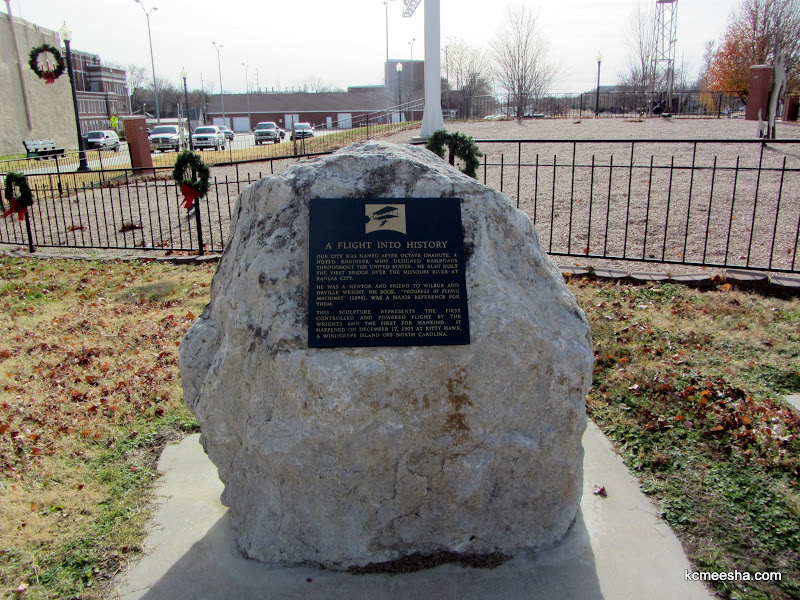 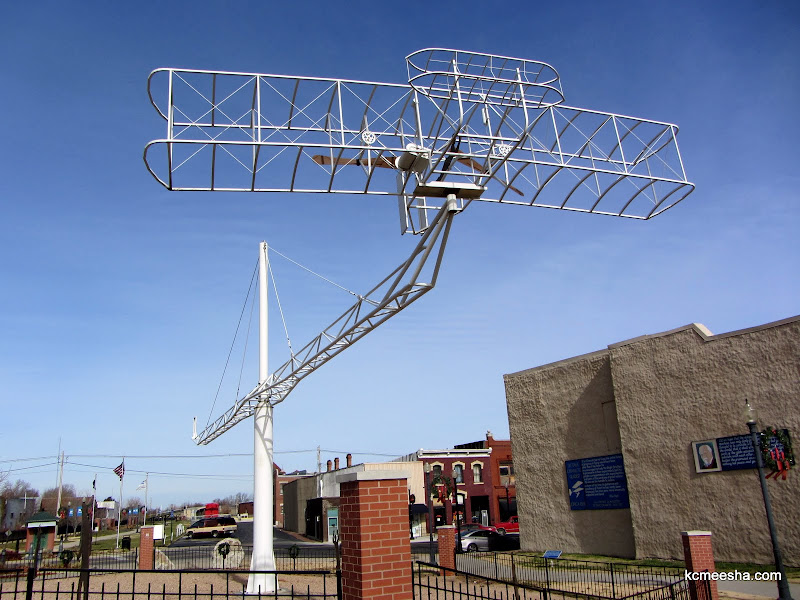 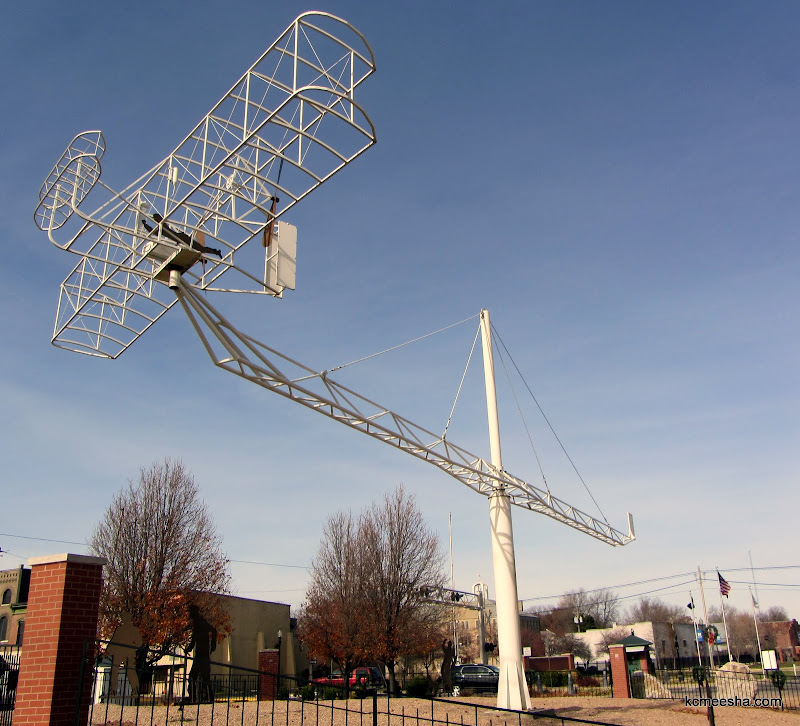 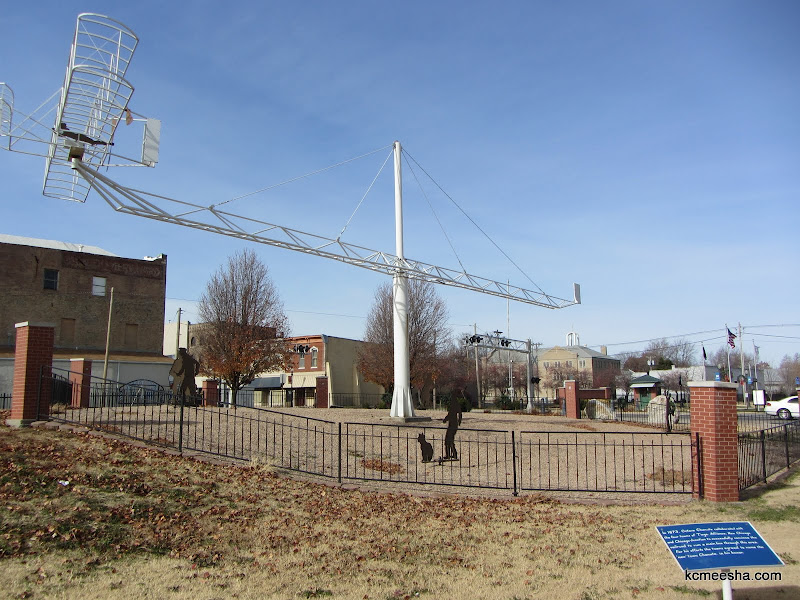 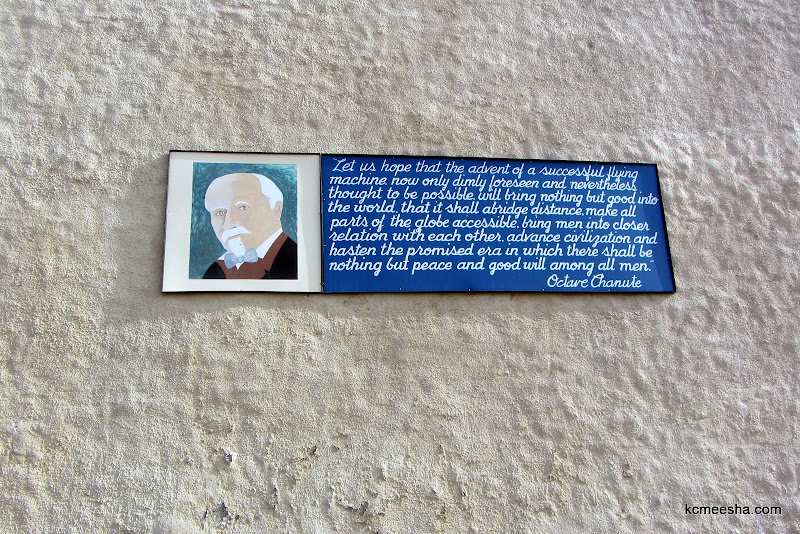 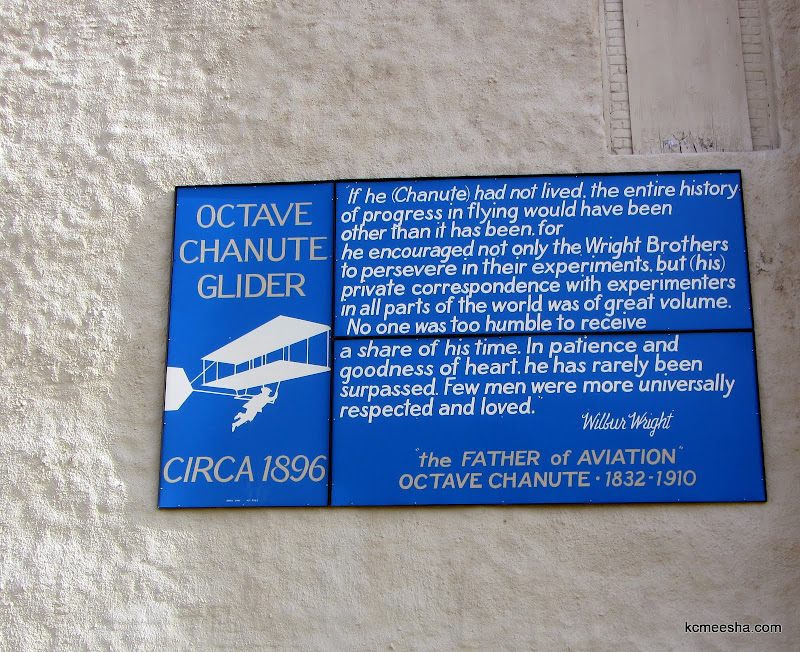 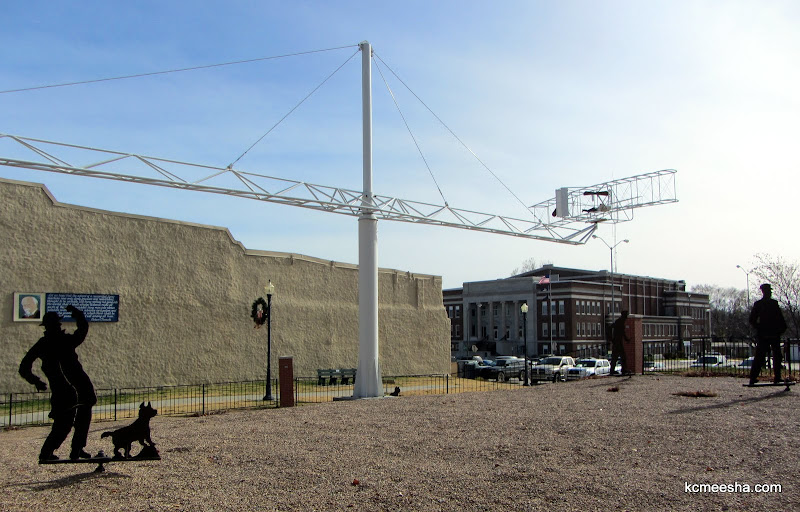 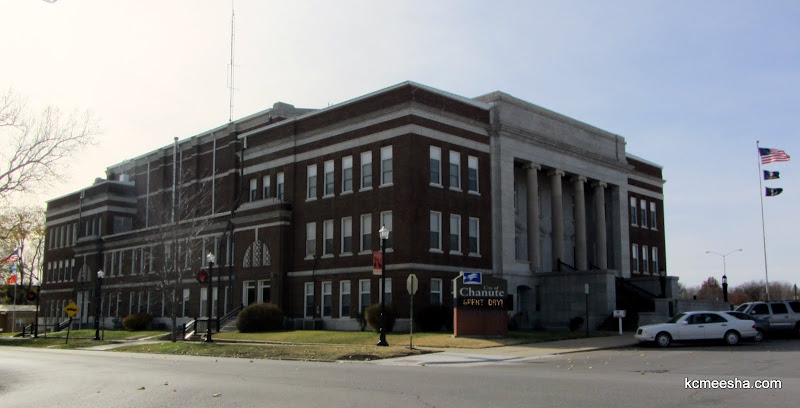 Joey’s Big Grill – A Vegetarian’s Nightmare, visit if you dare (and/or if it’s open). 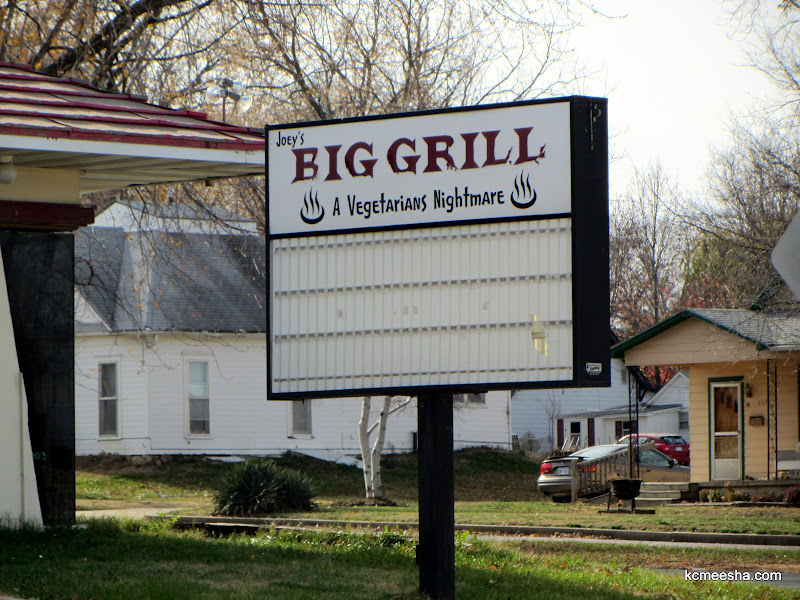