Iola is located South of Garnett on U.S. Route 169.

Iola is the scene of an upcoming gritty drama sequel to the Baywatch – Methwatch, where less toothy but a lot more animated characters save lives of unsuspecting citizens. 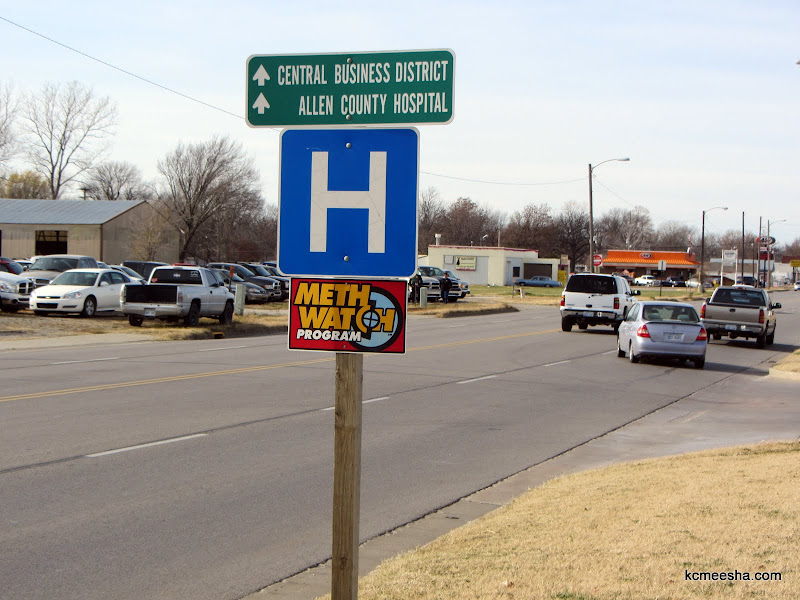 Even Coca Cola has to be taken in moderation here. 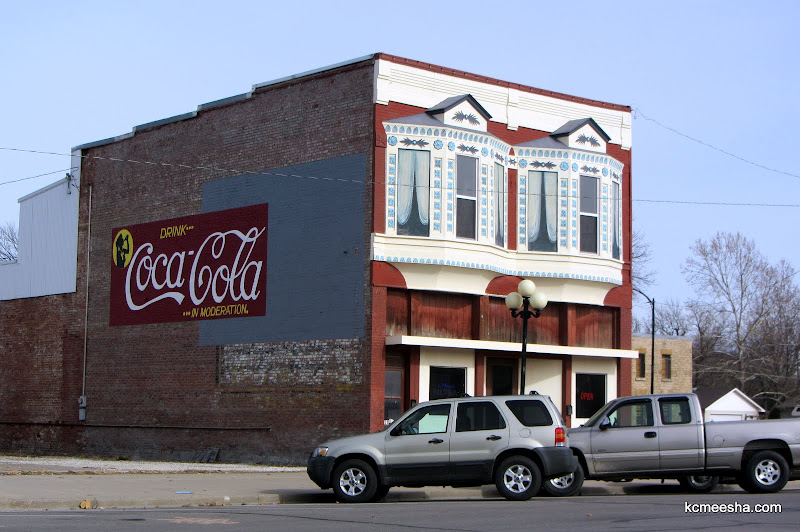 Just like many other small towns in Kansas, Iola’s downtown is well-preserved and fairly busy. 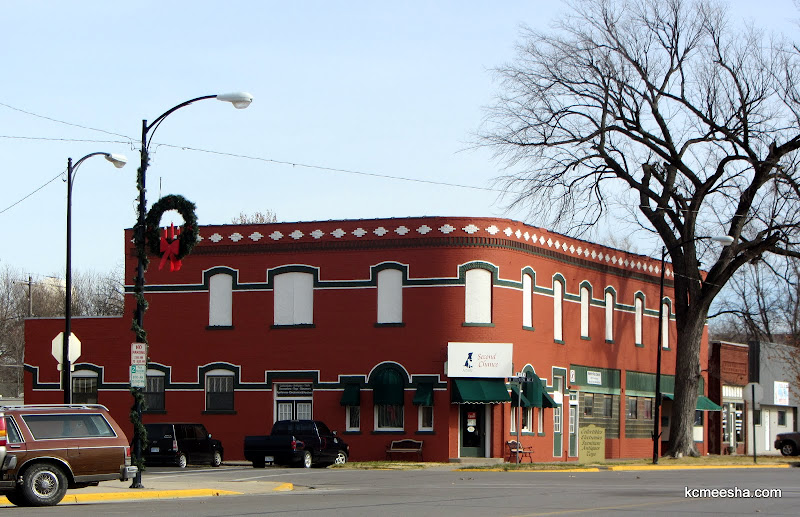 Most storefronts have something going on. 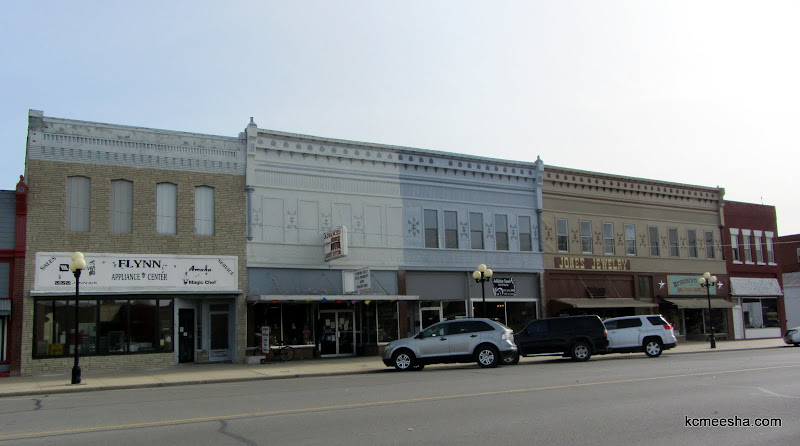 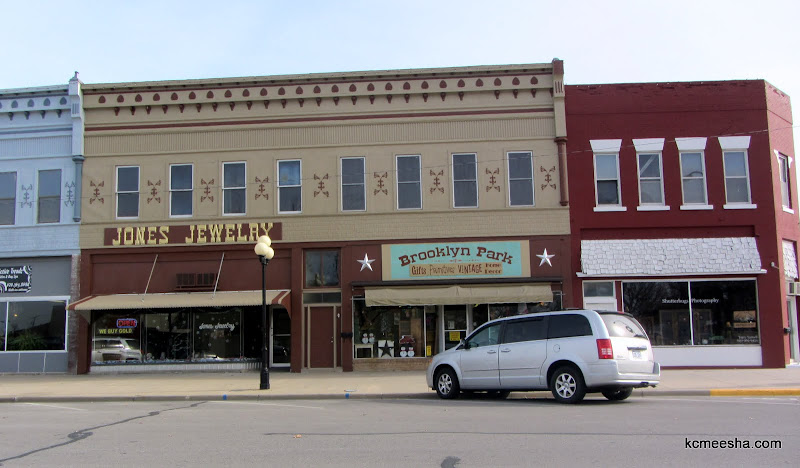 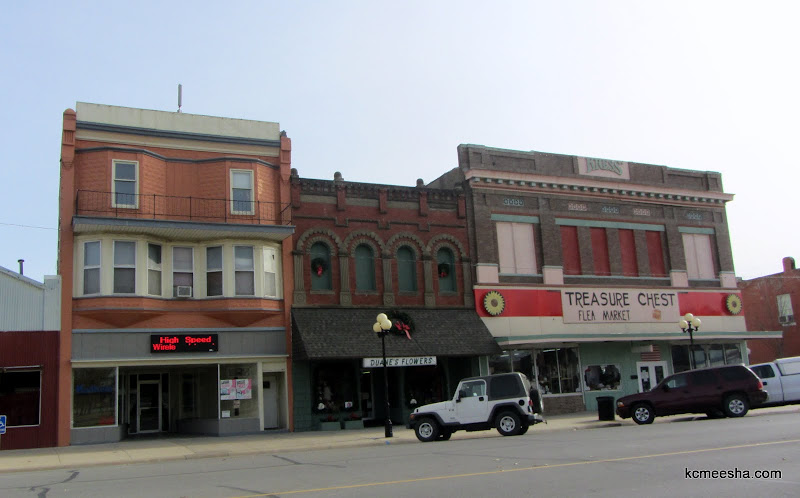 Even god’s own corporation “The One, Inc.” has it’s own store. 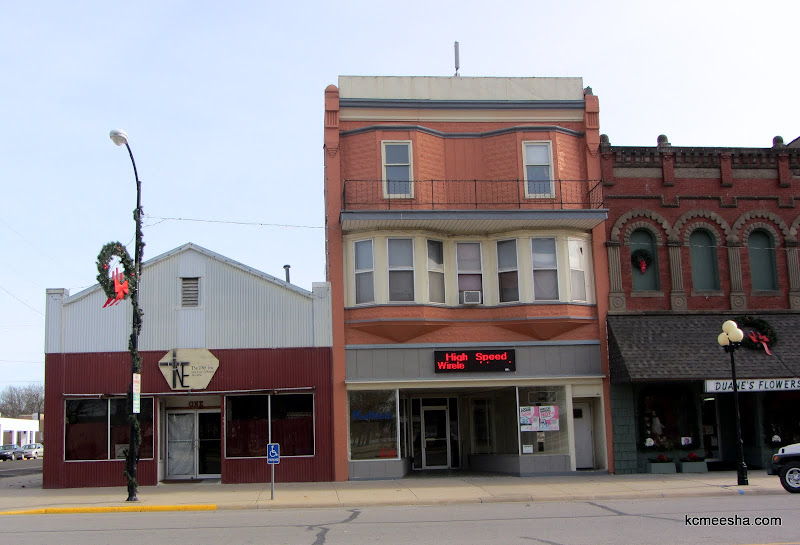 Christmas is on at the City Square: 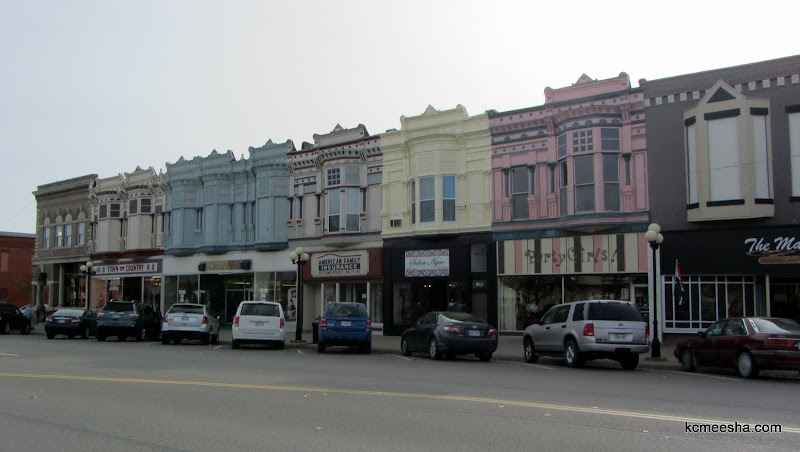 For whatever reason the original Allen County Courthouse was replaced in 1959 with a bomb-shelter-looking building, but the clock and the bell were saved for the future generations and both are still operational. 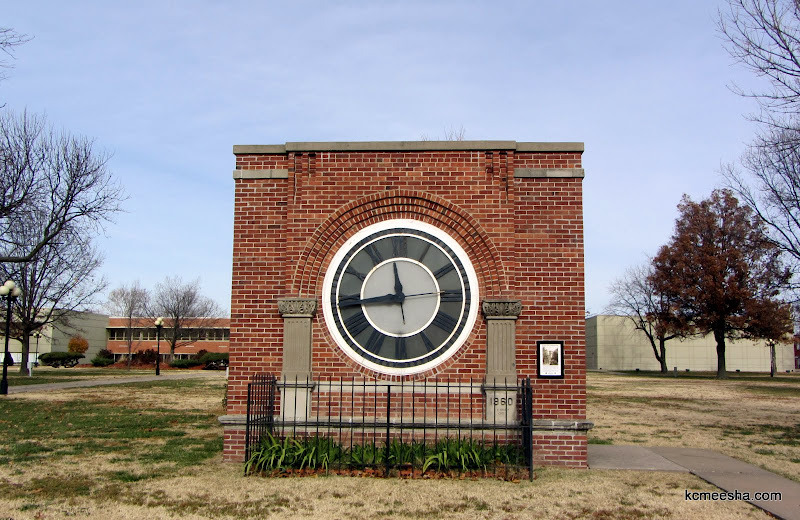 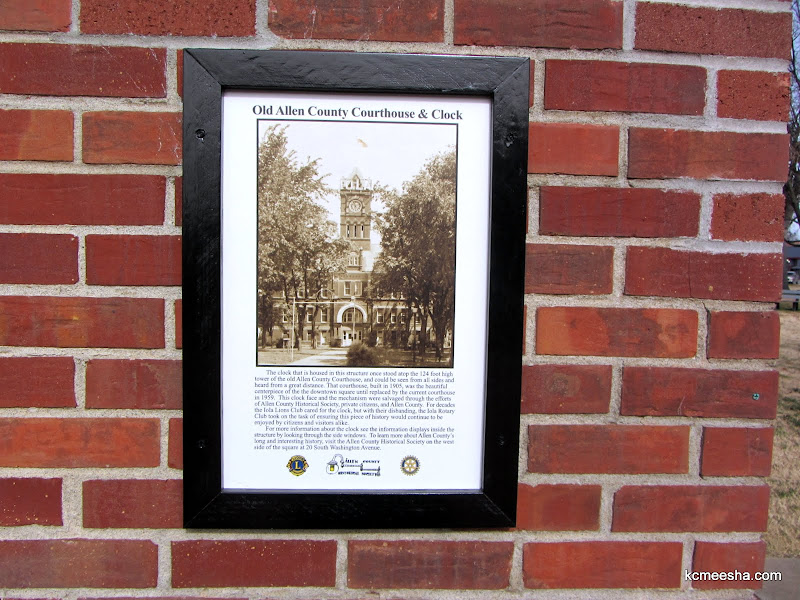 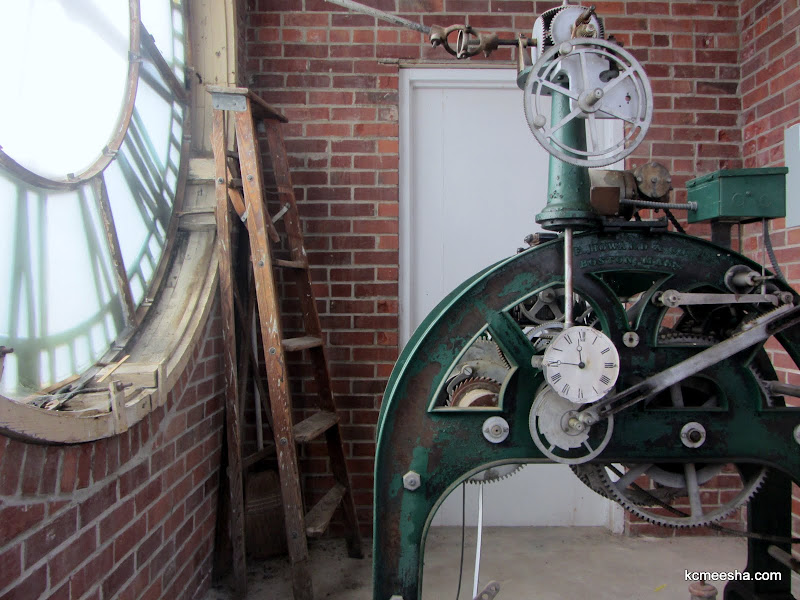 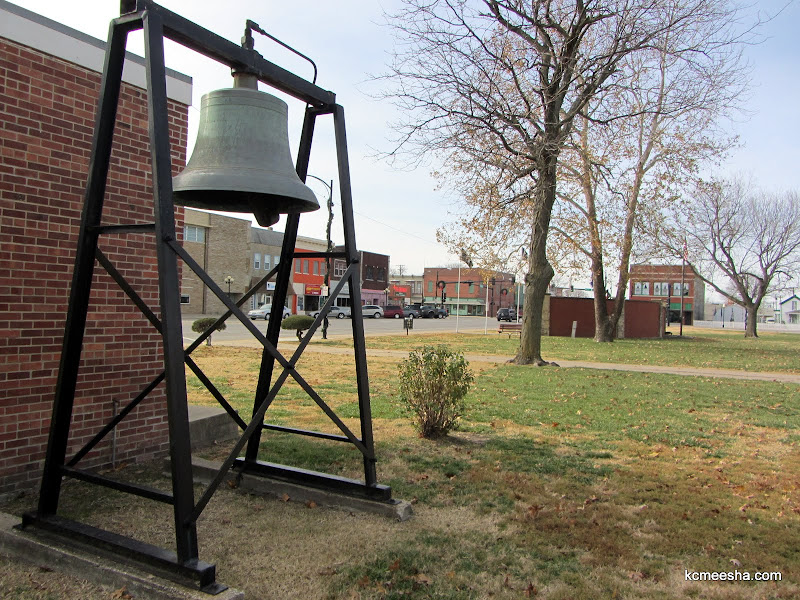 Most towns in this area were built around the same time and are very much alike. 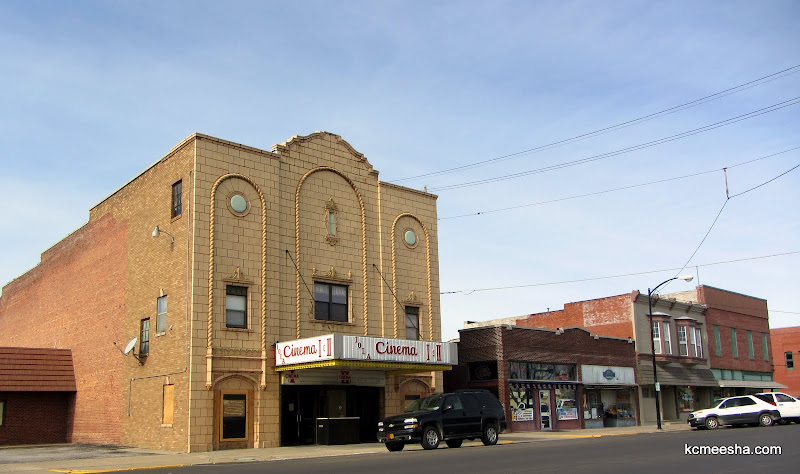 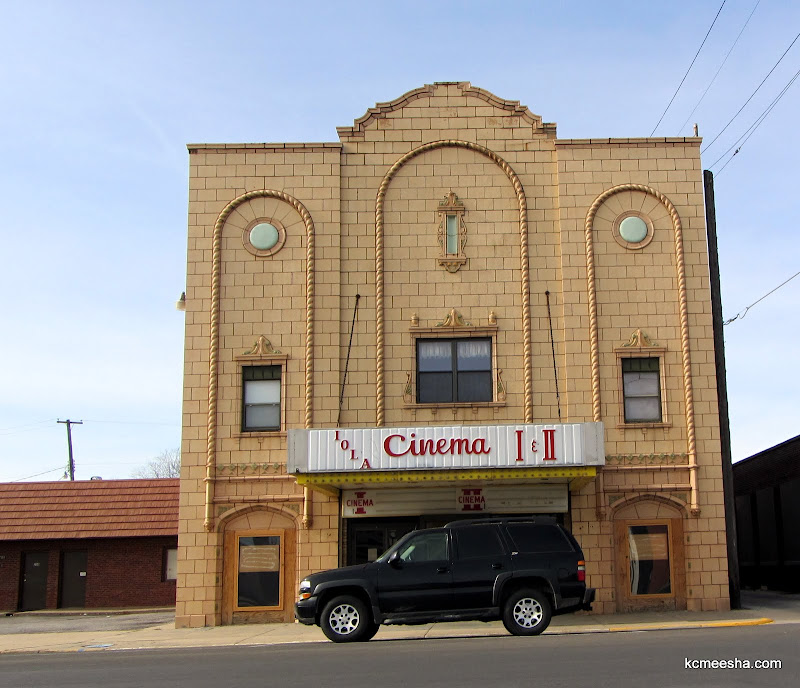 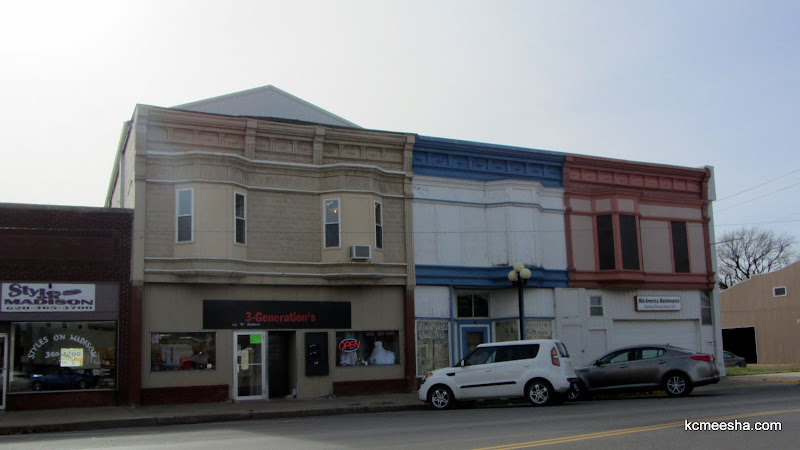 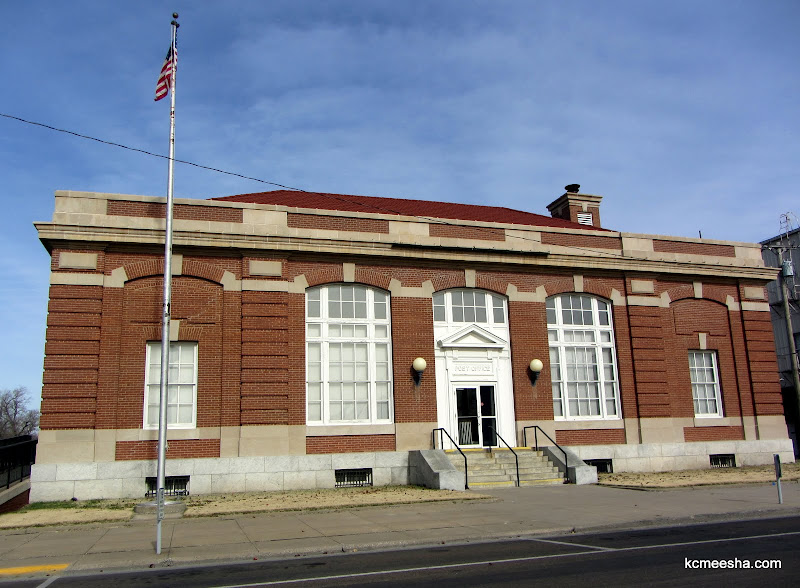 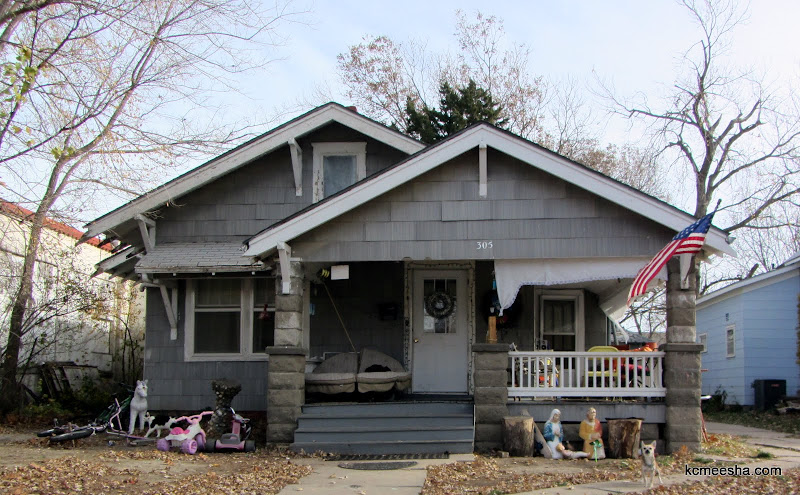 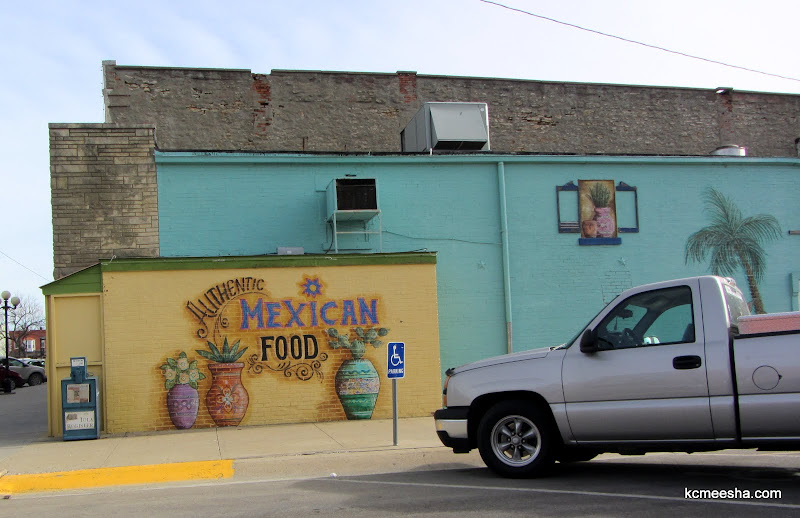 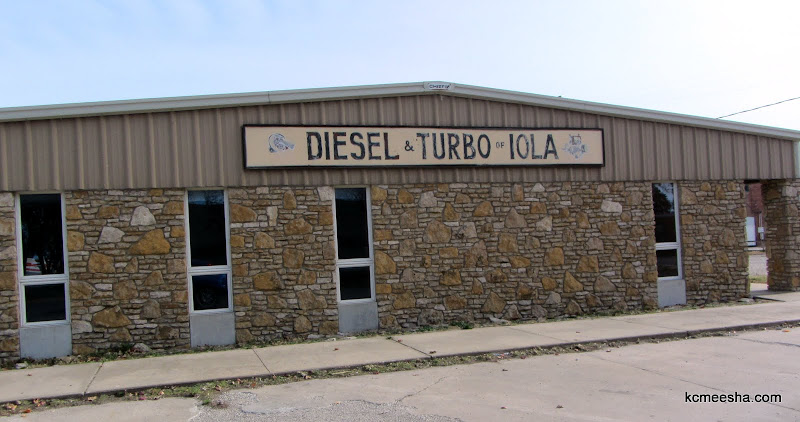 From all over the world fans of General Funston come to Iola to pay tribute at his boyhood home. 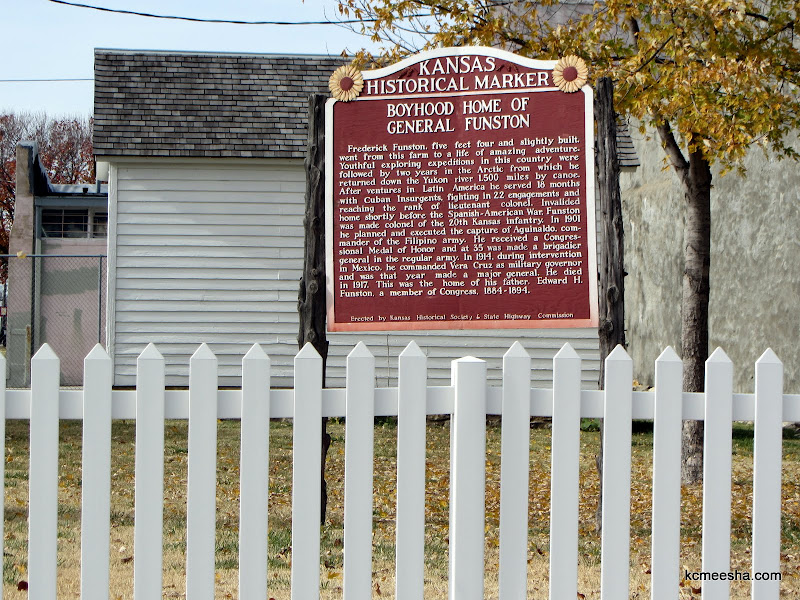 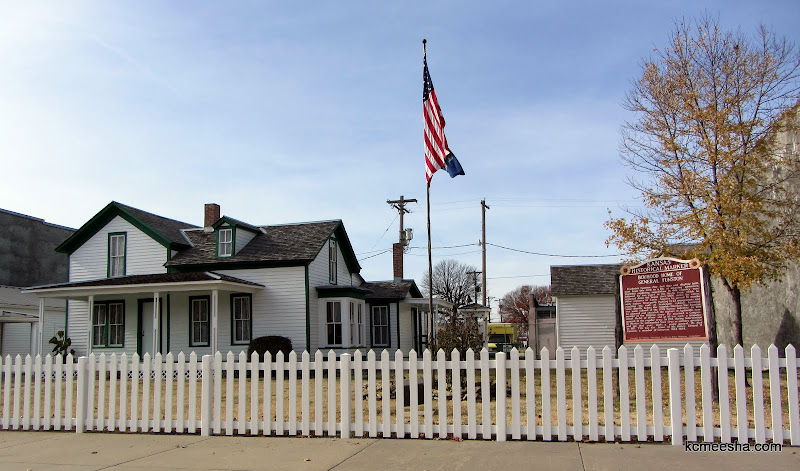 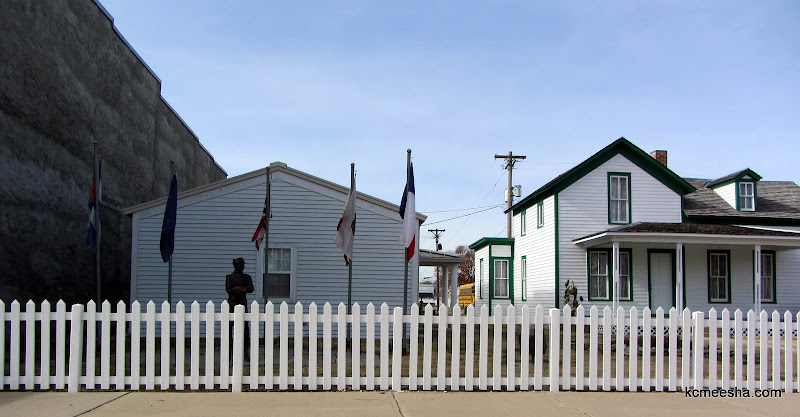 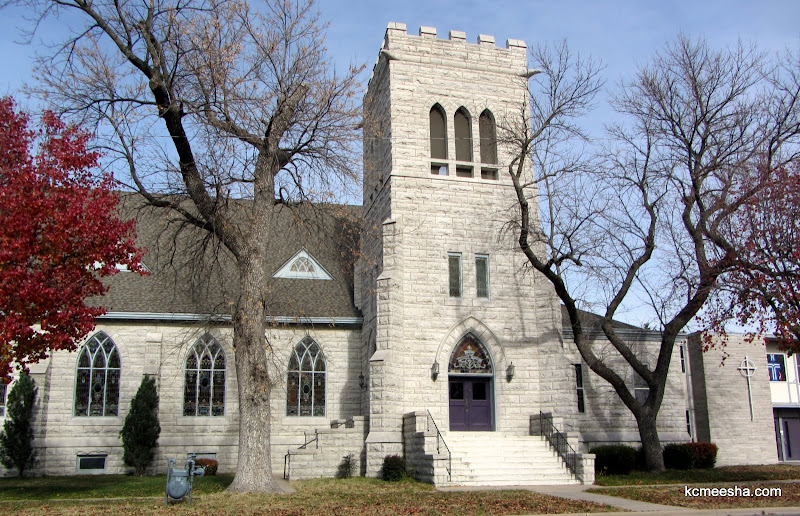 The most flamboyant house in Iola… 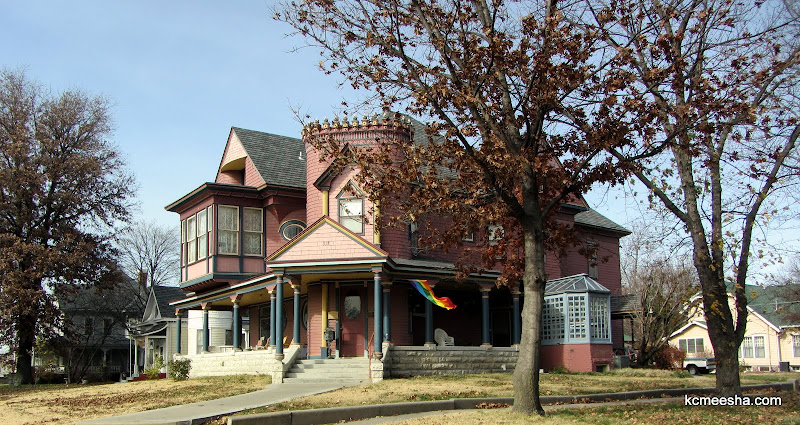 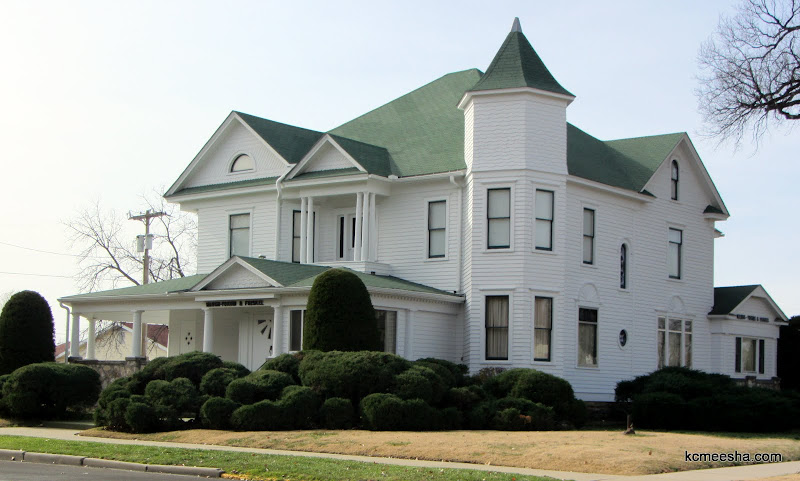 …and somewhere in between.