Behind The Iron Curtain: Stalin’s Corpse Moves Out Of The Tomb

When Stalin died in 1953, his body was placed into the Tomb where he played Felix Unger to Lenin’s Oscar Madison for the next 8 years.

They spruced up the front with Stalin’s name:

And inside the tomb they creepily shared a somber-looking room:

But that cozy arrangement didn’t sit well with Khrushchev (find your own Odd Couple character to represent him):

On October 31, 1961 Stalin’s corpse was told to remove himself from his place of residence. This request came from his former subordinate and drinking buddy Nikita Khrushchev. The corpse moved to the Tomb’s backyard.  There was no Halloween in Russia, so the irony was lost.

And the front of the tomb had to be scrubbed as well:

It was covered in the Kansas City Star: 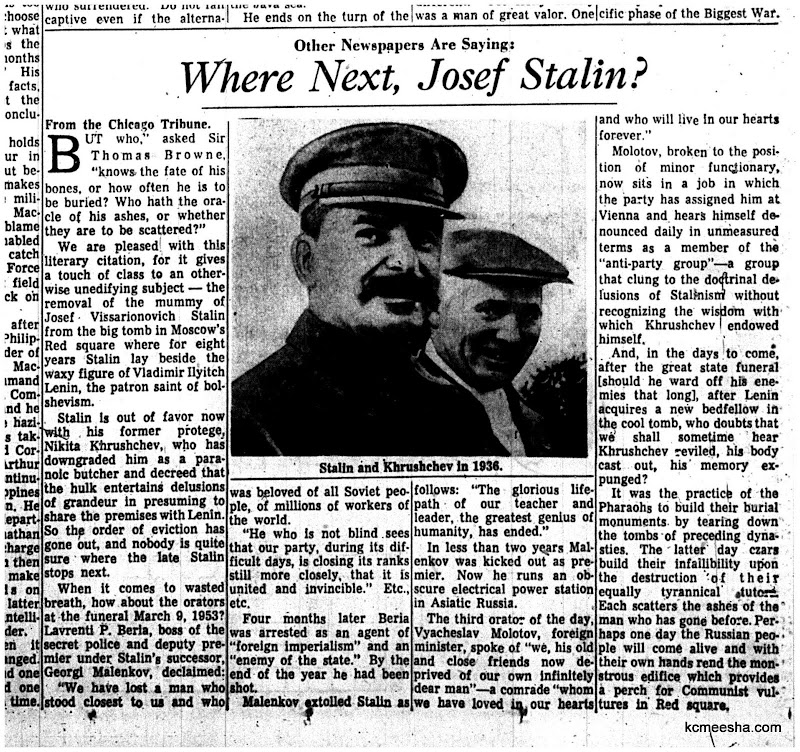 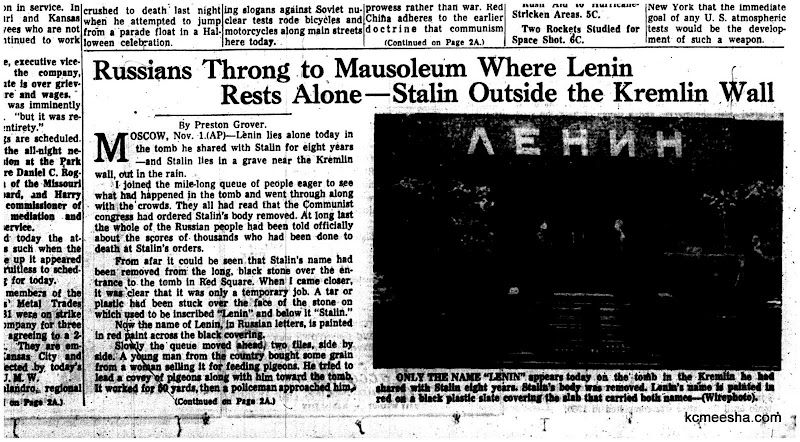 The idiots are still praying to him, probably asking to reinstate Gulag. 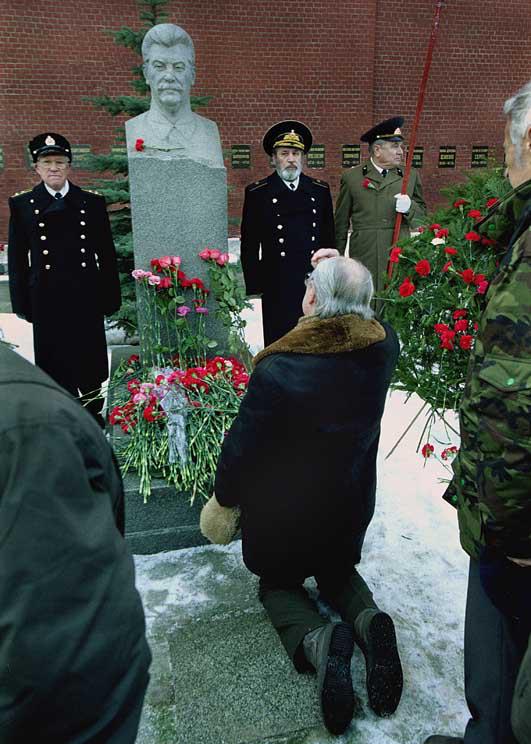 And that’s what happened fifty one year ago today!