I’d like to start this part by busting the first and the most in need to be debunked myth about Argentina – the myth that states that people there speak English. In fact, hardly anyone or almost no one (whichever you prefer) in Argentina speaks English. I am sure that  plenty of fine polyglots are roaming the streets of Buenos Aires, eager to strike a conversation with you in your favorite language, but for some reason they don’t make themselves obvious. Barring an accidental run-in with one of the elusive English speakers, you’ll need to learn Spanish or spend your vacation as a deaf-mute, using an elaborate sign language you just invented and a series of grunts and noises to explain what you want ( I went as far as handing a pen and a piece of paper to an orange juice vendor so he could scribble the price on it). It is also highly unlikely that you will understand anything being said to you. Cab drivers, restaurant employees, shopkeepers, people on the street, criminals – everyone you will need to communicate with – will stare at you trying but unable to understand your words and gestures. Even if you honed your Spanish talking to the janitor at work and ordering your favorite tacos at an authentic Mexican joint, chances are you will have a problem with the version of Spanish spoken in Buenos Aires; it’s a crazy mix of a dialect no longer used in Spain with Italian and every other language willing to contribute. To be fair, hotel employees, travel industry workers and personnel at the tourist-oriented venues will have some degree of English, but outside of these places you are on your own. I highly suggest ignoring what the guide books have to say on the subject and learning at least a bit of Spanish.

It’s hard to put a finger on what’s so different about Buenos Aires; even after almost two weeks there, I couldn’t stop taking pictures of the streets, buildings and everything around me.

It’s a city with the crazy mix of architecture, where it’s not unusual to see four or five styles of buildings on the same block; 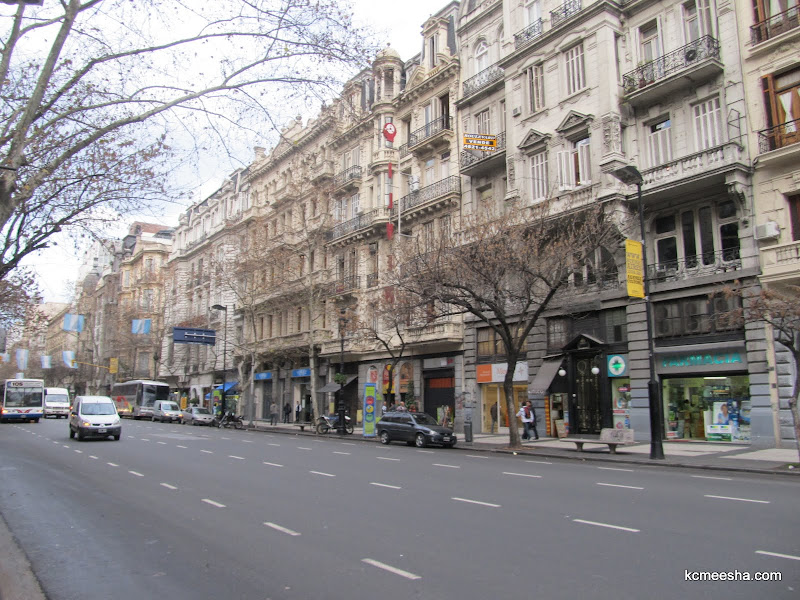 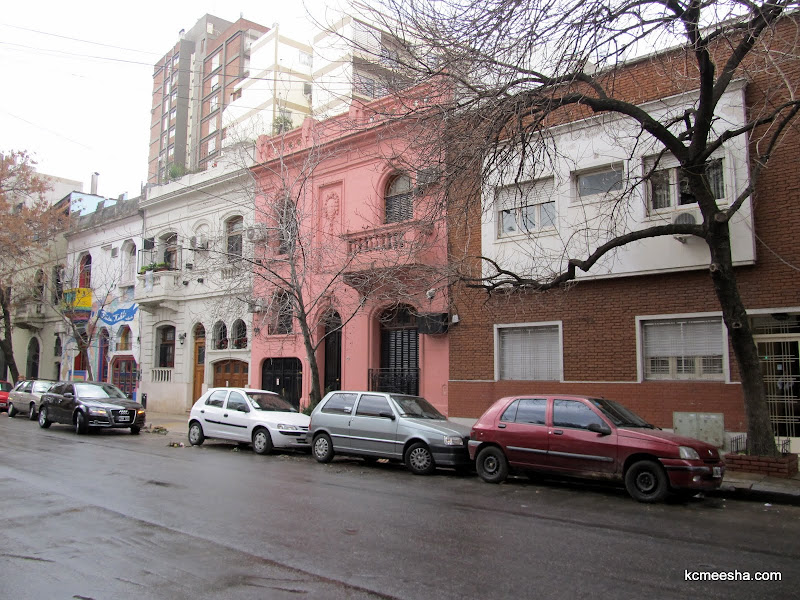 A city bursting with art, 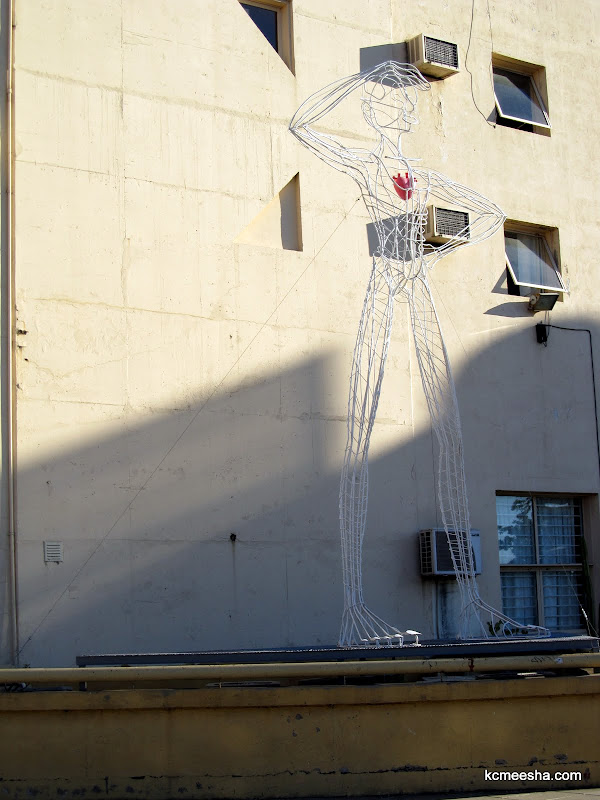 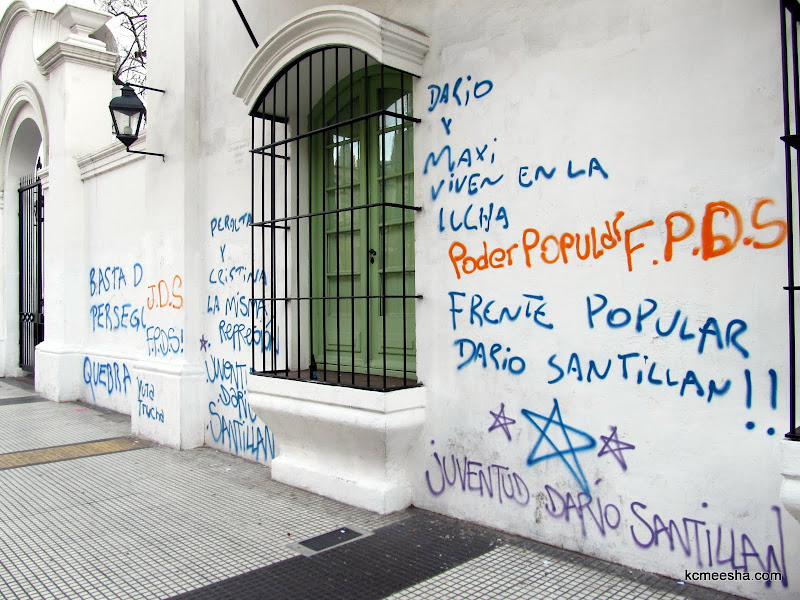 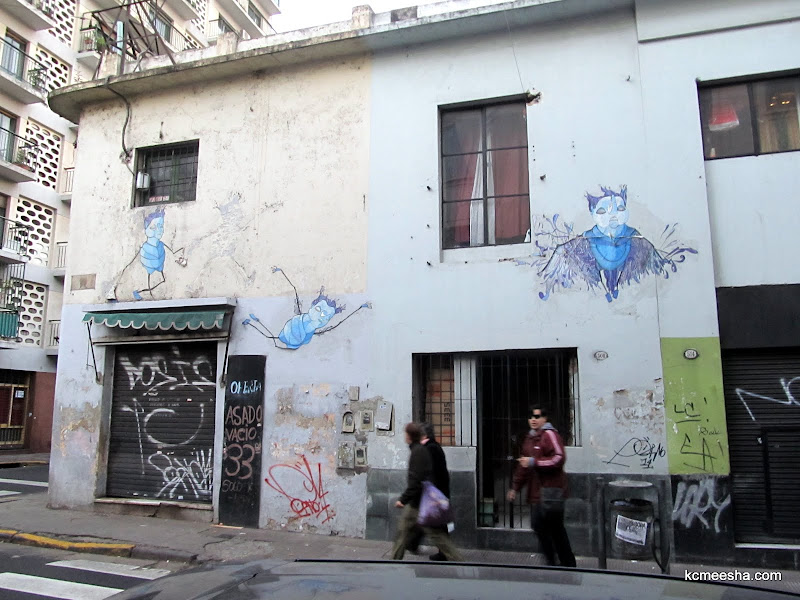 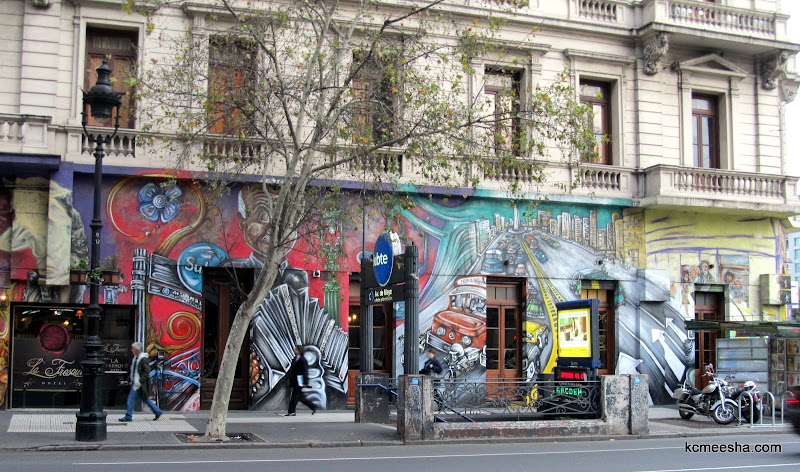 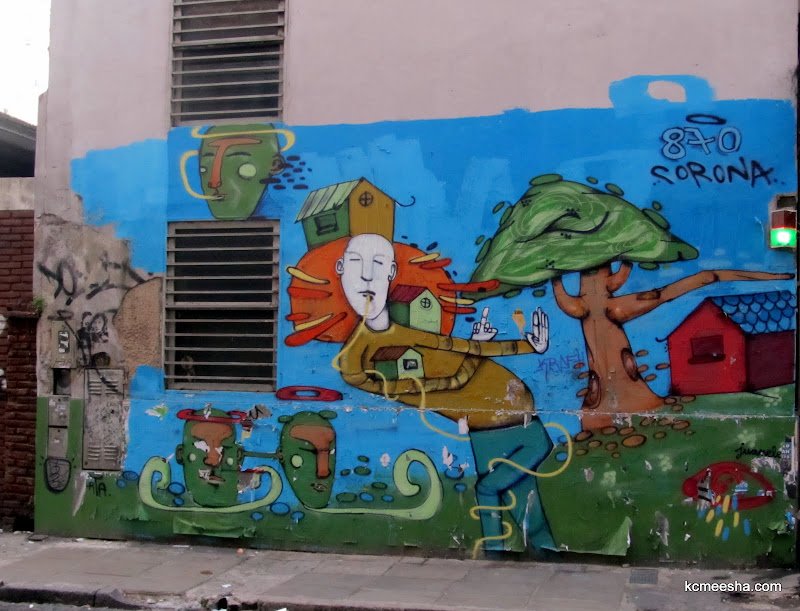 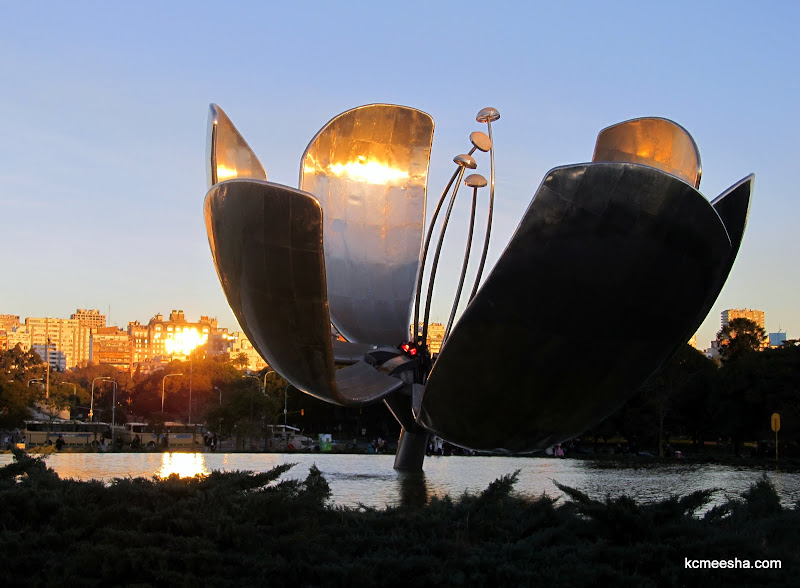 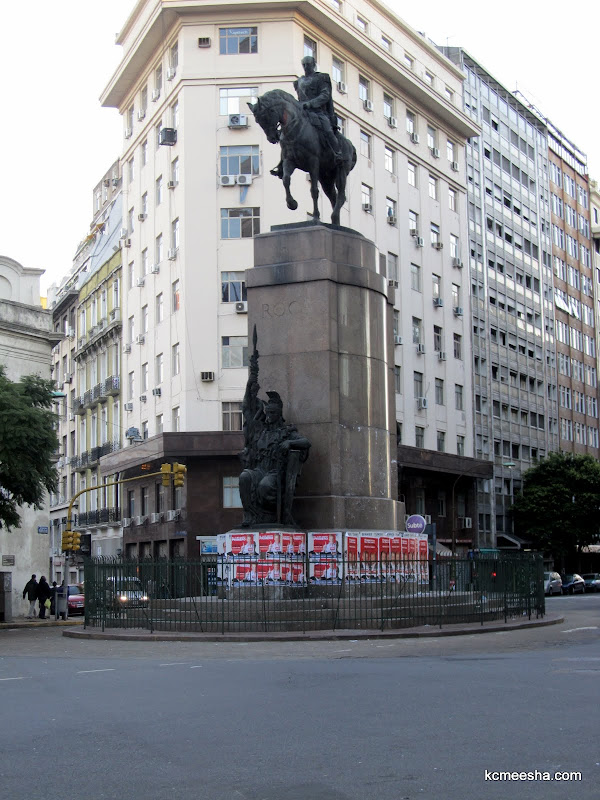 It’s a city where there are lines to get into museums and a Sunday morning concert in the Teatro Colón brings in a full house; 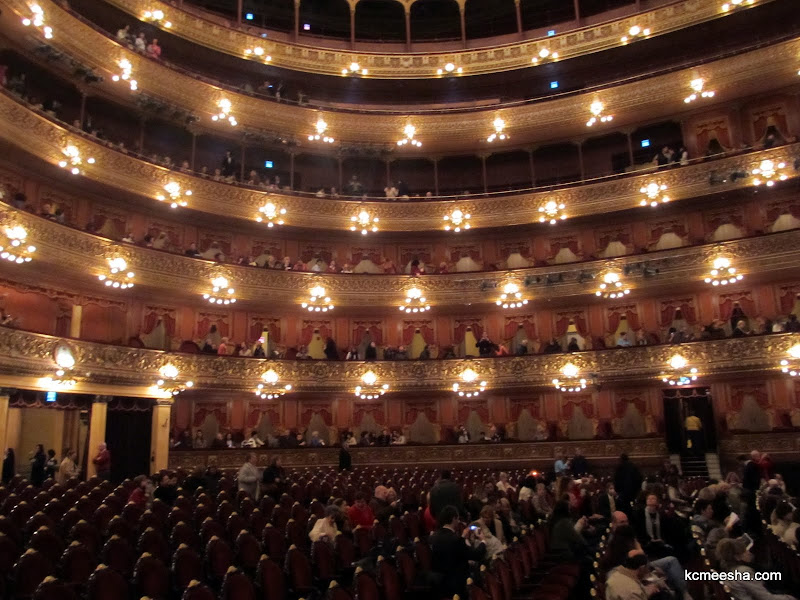 a city where crowds of people are in constant motion day and night but someone would stop and try to help if they see you fumbling with a map; a city with unbelievable nightlife and restaurants where the peak hours start at 10 at night; a city with the most coffee shops, restaurants and ice cream stores you’ll find anywhere in the world; 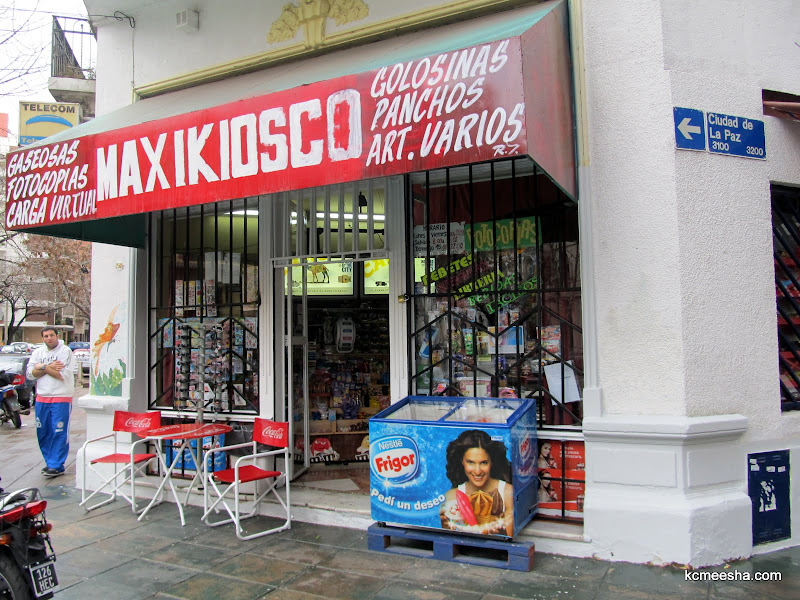 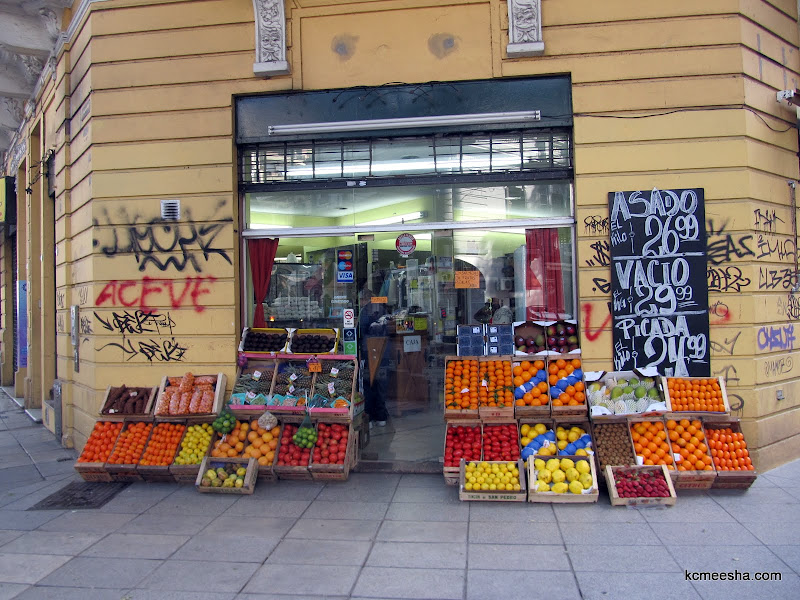 a city where the iconic images of Eva Perón, 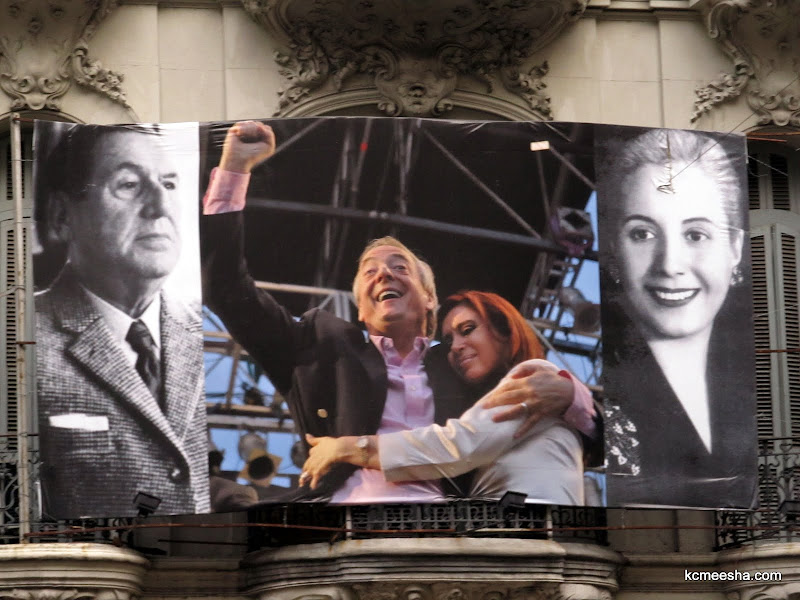 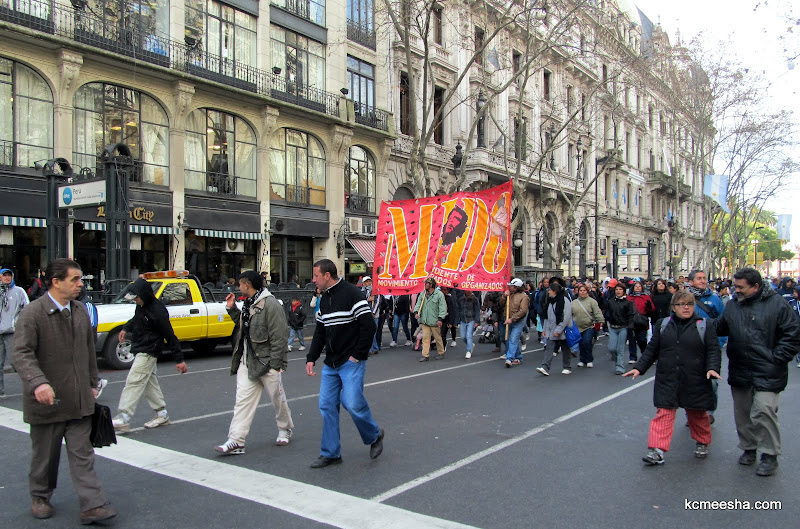 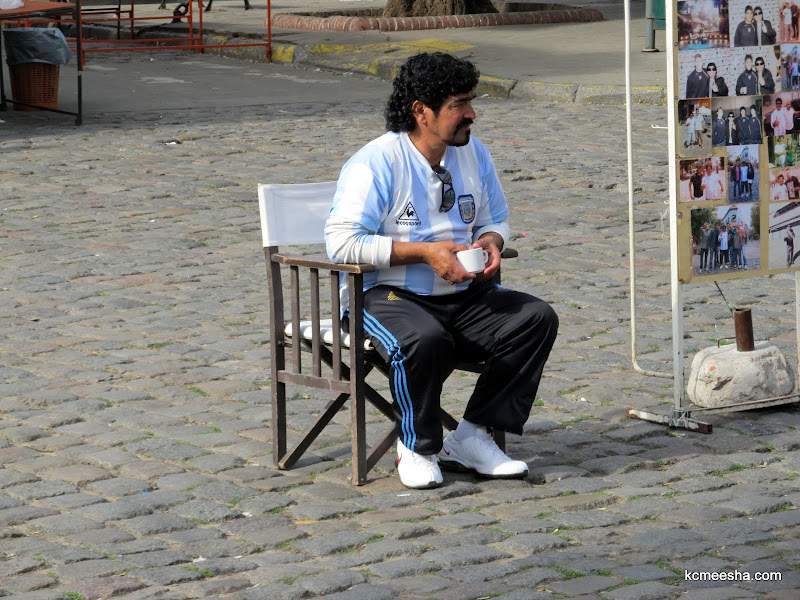 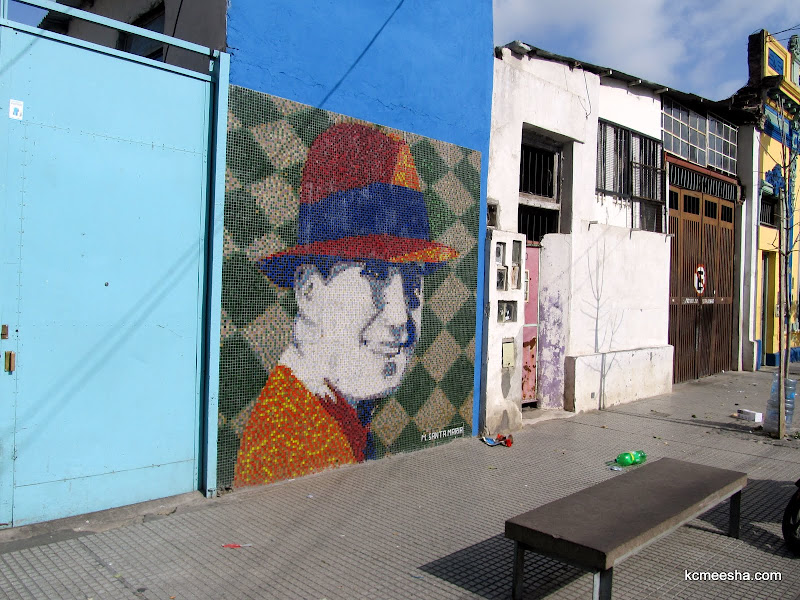 are as prominent as ever.

It’s a city where political protests and demonstrations are so common that a special fenced area is maintained in front of the presidential palace, 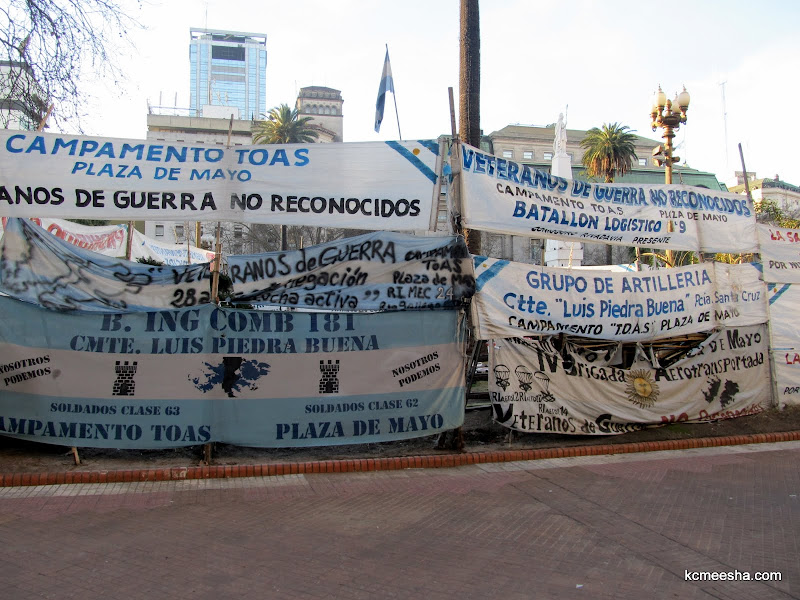 and soccer fans are known to march through the city after a match. 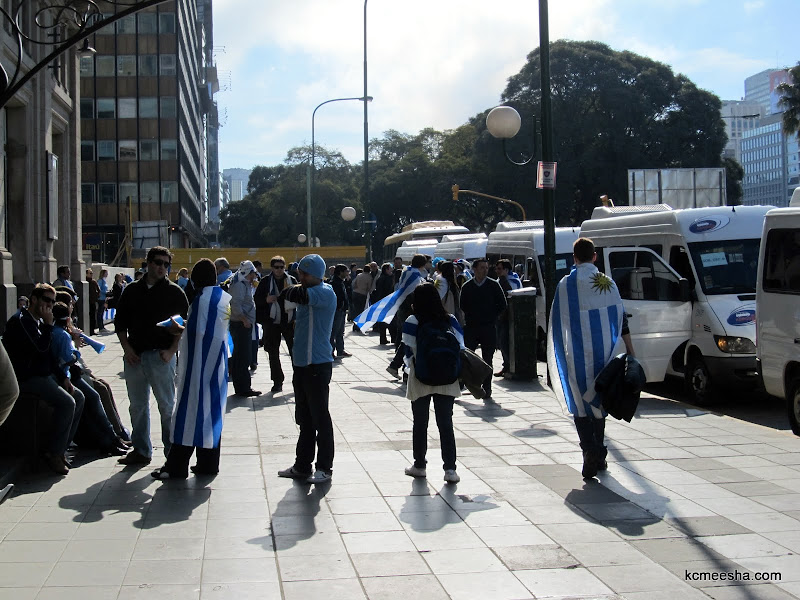 It’s a city with a torturous history but richly decorated with the national colors and patriotic designs. 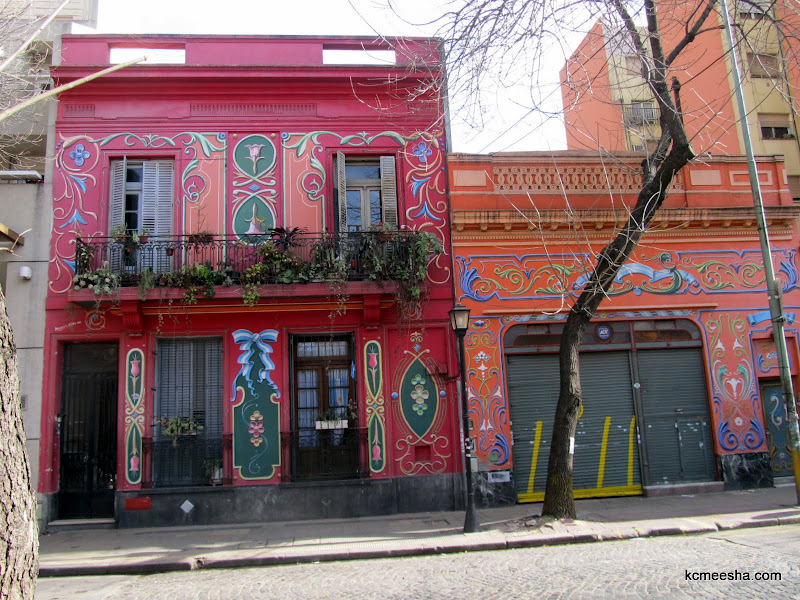 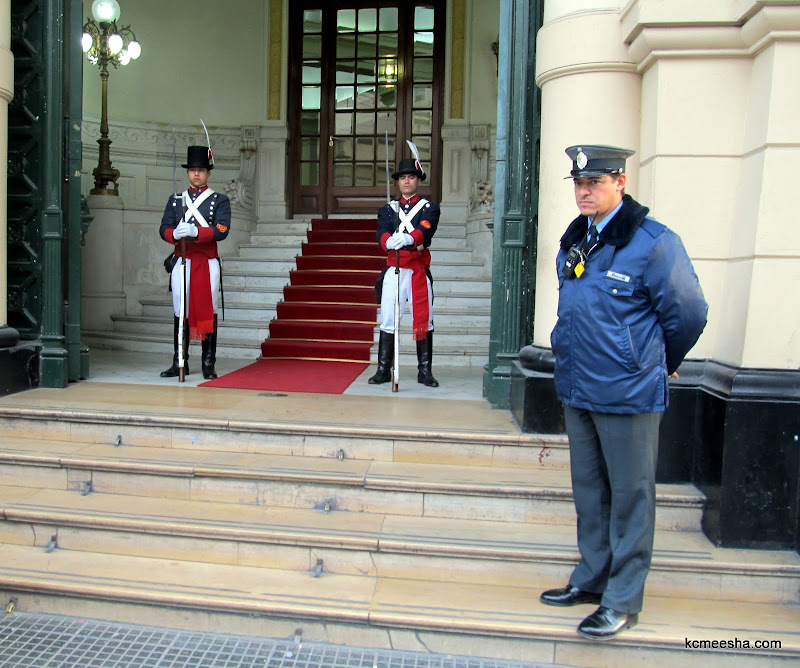 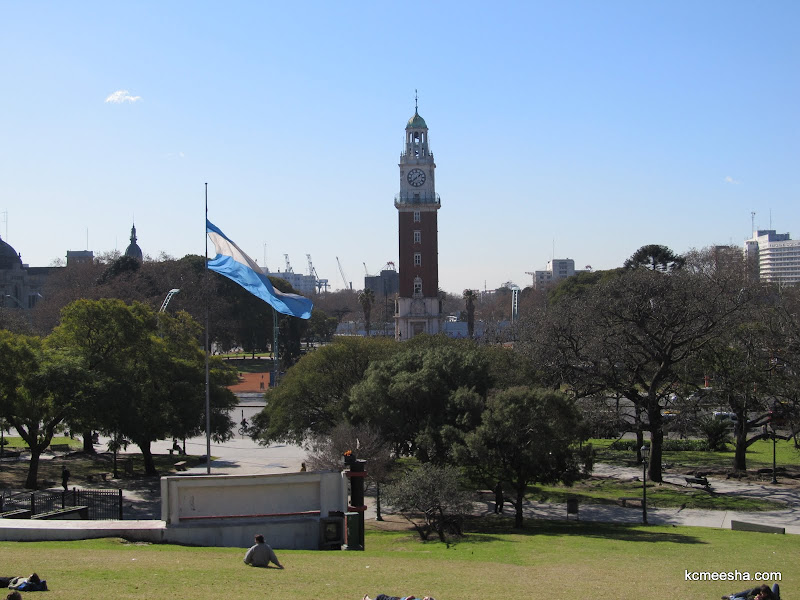 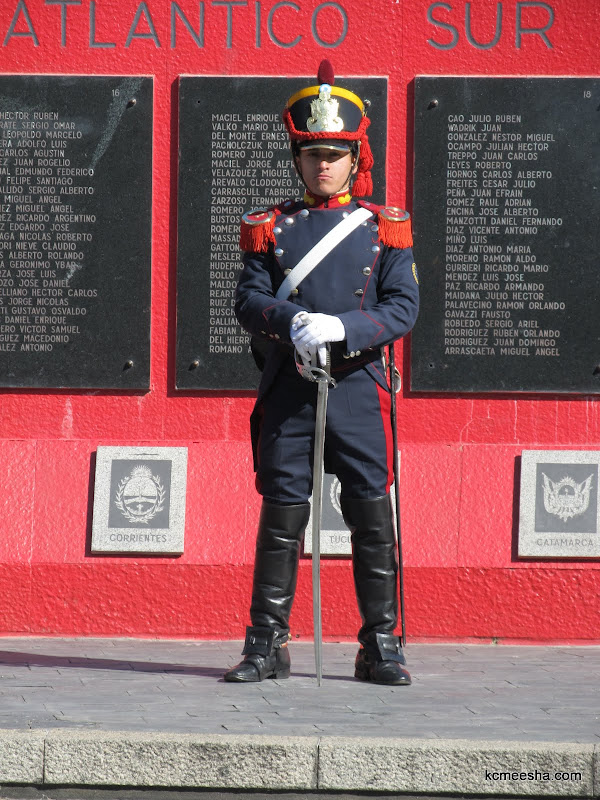 It’s a city that seems to be single-handedly keeping Italian and French auto industries in business, 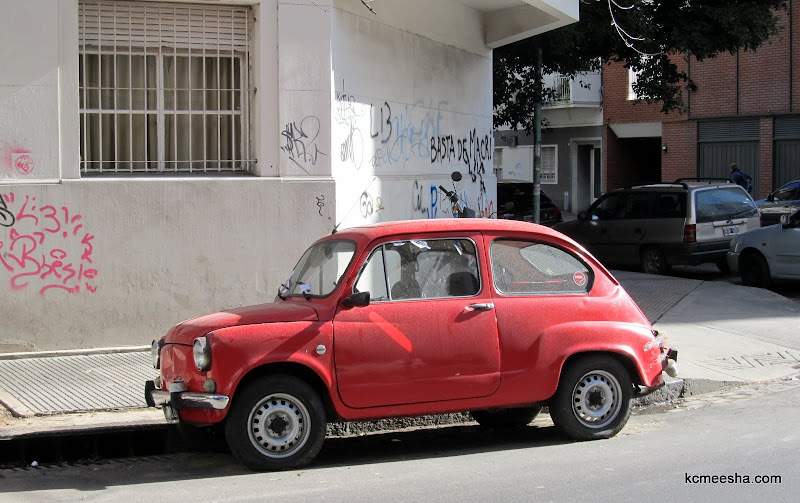 while maintaining an extensive fleet of old Ford Falcons and a variety of Soviet cars. 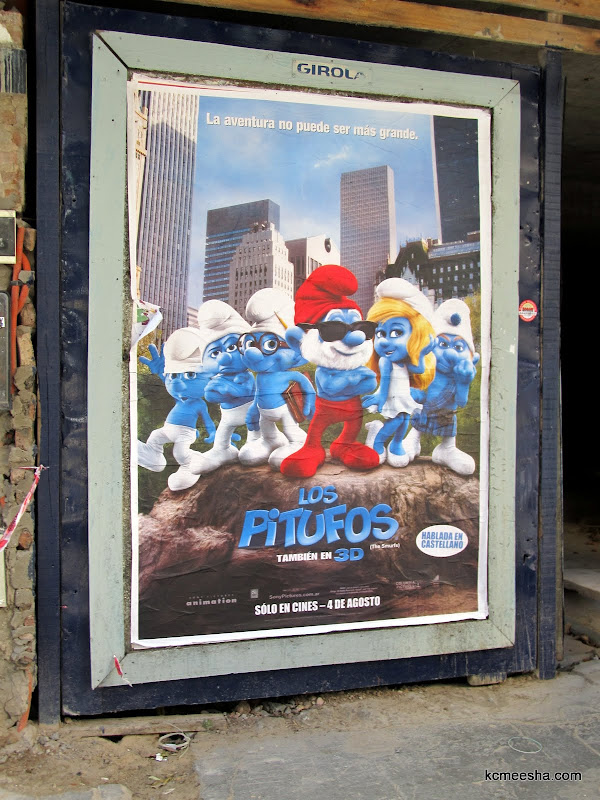