This post is dedicated to the recent change in Kansas liquor regulations.

Until recently many Kansans could relate to this predicament photographed in 1946:

While some Kansans were busy parading against the alcohol…

…the others were not convinced.

Getting drunk in Kansas wasn’t so easy. If you didn’t feel like going to a liquore store that looked like this…

…you had to smuggle the contraband in a secret compartment of your car.

Then in a shady-looking roadhouse…

…you could finally imbibe with people you’ve never met….

…while the less fortunate citizens had to listen to boring speeches while sober. 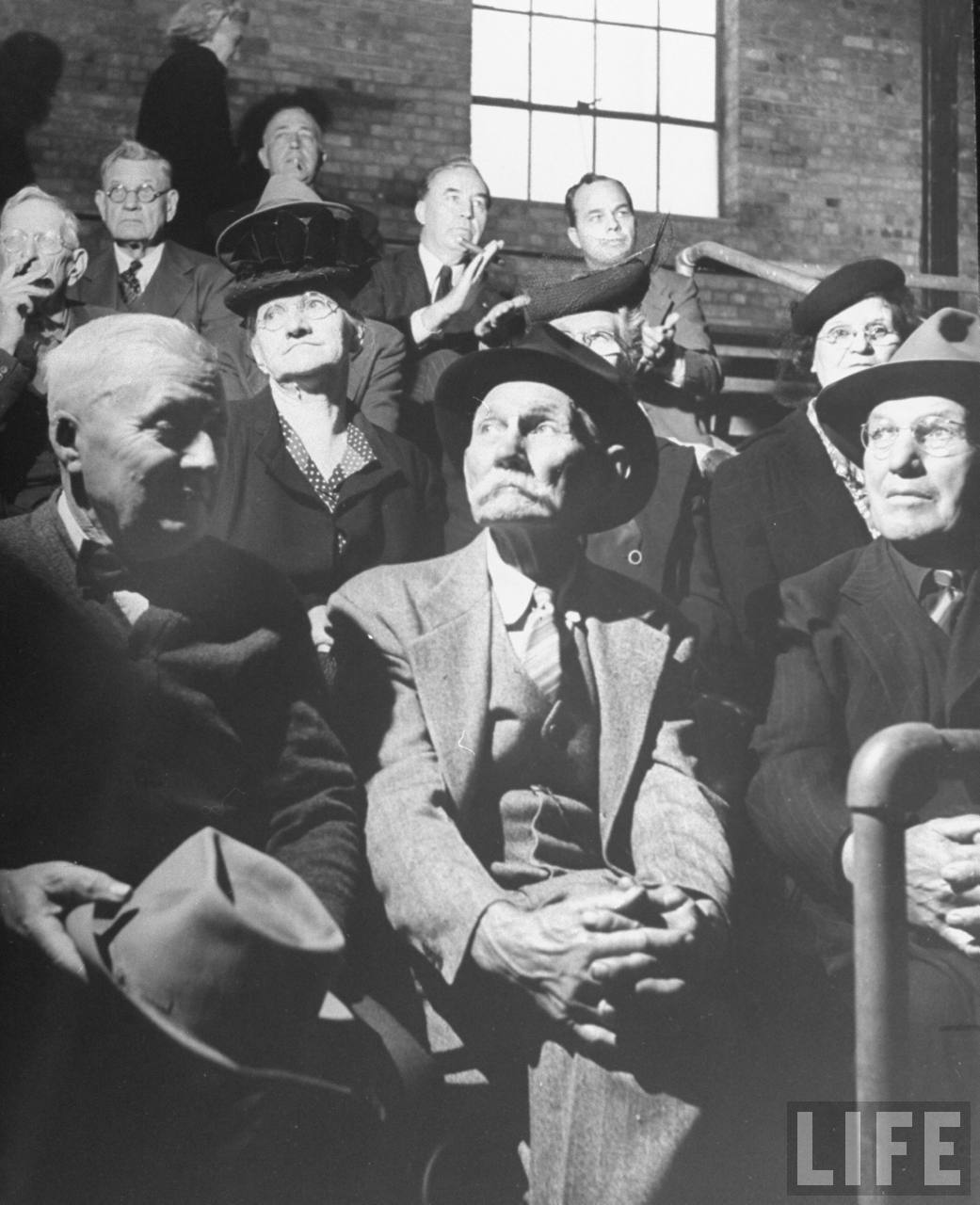 Frank W.Carlson who is mentioned in the last photo was the Governor of Kansas in the late 40’s.

While governor, Carlson presided over the removal of prohibition in Kansas. “I’m a teetotaler,” claimed Carlson. “I don’t smoke or drink, but I have no quarrel with those who do. I’m a great believer in letting the people decide.”

Some of the modern-day politicians could learn a lesson from Mr. Carlson.

Read more about the alcohol laws in Kansas.