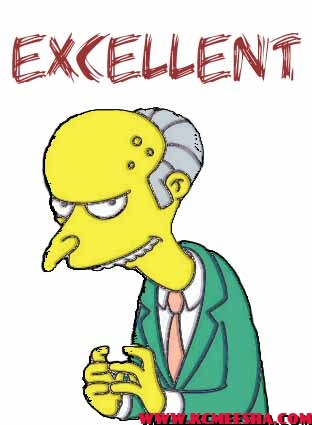 Some time ago I wrote about my impressions after visiting Fork & Screen and mentioned how easily the AMC manipulated so-called social media, buying themselves tons of mostly positive publicity for the low price of 30 pieces of silver a few free tickets.
I am not sure why this disturbed me so much; after all I realize that most people would like to get paid for something they create. For most of us this wish never materializes, but once in a while somebody gets noticed, gets paid, receives a dream offer, a book deal or a coveted Pitch’s Best Of Kansas City Spot. After a long internal struggle even I put up some Google Ads on this blog and promptly made eleven dollars and sixty six cents in two months; local beggars make more than that relaxing on the Plaza and breathing fresh air. I think this proves once and for all that I do this just because I like it.

On the other hand, these social media promotional tactics are too close to shilling for my taste. Shills were shunned when the Internet was still a collection of crazy-blinking mile-long one-page framed sites of horrible colors, and they haven’t gained in popularity since. That doesn’t stop them from trying. Recently there was a case of the exposed “cruise shills” and some complaints of unfair manipulation on the review site Yelp. I am a frequent user of online reviews, recipes and advice and I realize that they are written by regular people with no qualifications whatsoever. However, it’s important to me that their opinions, no matter how ridiculous, are more or less independent. For example, for the longest time I’ve been coming to the Kansas City Lunch Spots for “keeping it real” restaurant reviews. The fact that the author (whom I know personally) is not gushing about a lunch spot in exchange for free food lends his blog the necessary gravitas. I don’t mind people getting compensated as long as it doesn’t sway their opinions.

Back to the infamous Fork and Screen case. What seemed like a fun social media outing turned out to be a carefully planned and heavily monitored promotional campaign. When the free invites where released into the “ecosystem” (that would be the self-important social media types) the elaborate tracking system gauged the reaction.

AMC’s social media manager, Justin Gardner, sent out preliminary invitations to bloggers via Twitter. Those who responded received invites to the event. Shooting video and pictures was encouraged as the bloggers were given a VIP tour of the new facilities.

The obvious goal was to generate local buzz a few days before the theater’s grand opening on Halloween.

The insight began running the day after the blogger event on October 28, 2008. Since Spark can look back in time, data came back as far as early summer 2008. The queries (search terms) specifically mentioned the Olathe Fork & Screen.

The day before the event, only 34 web sites mentioned Fork & Screen. Growth in the few days following the event was staggering:

Using the Relative Insight Scenario Spread, you can see the bulk of the Ecosystem’s growth comes from social technology Web sites:

These categories combined make up 66.67% of the Ecosystem – and they are all sites where users can have conversations and exchange and share user-generated content.

It’s worth mentioning that 26.1% of the Ecosystem is made up of News Web sites. After drilling down into the results, I discovered most of these sites use a set of AP articles (most likely taken directly off the wire).

Compare the blog and social network activity the day before the event to 48 hours after. UGC exploded as soon as the bloggers could get home to their computers. Some didn’t even wait that long, sending out Tweets right from the theater.

Two other pieces of information indicate that AMC’s attempt at combining a “real world” activity with the digital world was successful.

First, AMC Web sites and press releases only make up 8.91% of the total Ecosystem. Second, the overall sentiment in the Ecosystem is overwhelmingly positive.

If you look at the Conversation Sentiment Spread graph, it shows that only 7.7% of the conversations that registered sentiment were neutral or negative.

Based on these percentages (company sites and press releases vs. social technology sites), AMC’s one-night investment was returned with a 750% growth in positive online buzz.

If this doesn’t make you people feel used I don’t know what will.

I don’t want to over-dramatize the situation, after all few local people had a good time at the movies, nothing wrong with that, but what I considered unbiased personal opinions before (maybe mistakenly) is now in doubt. Does the writer really like a book, restaurant, store, beer or a movie or does he/she have a vested personal interest in promoting it? I didn’t stop and think about it before but now I will almost have to.

As for this blog, rest assured that there will be no shilling here; not because I have integrity but mostly because I am never offered anything for free. No links or posts on this site (except for Google Ads) are sponsored and I do it just because I like to promote something on my own, like a friend’s concert, a deserving business or a guy cooking goulash.

I am not a journalist or a member of  social media, I am just a guy with a blog whose opinion is not for sale.
P.S.If you’d like to buy my opinion (real cheap) please contact me at the email address on this site.