Who’s Who In Economic Crisis 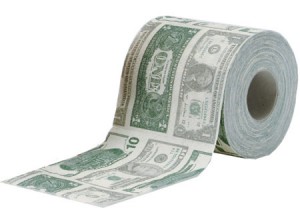 Guardian published an interesting list of 25 people it the heart of the meltdown listing 25 individuals and entities who (in their opinion) had a hand in our current economic situation. As indicated in the comments to the article, not everyone agrees with their choices which include Alan Greenspan, Bill Clinton, George W. Bush and others. Other people think that Ronald Reagan, Margaret Thatcher and Milton Freedman deserve to be included as well.

There’s no escaping the fact: politicians might have teed up the financial system and failed to police it properly and Wall Street’s greedy bankers might have got carried away with the riches they could generate, but if millions of Americans had just realized they were borrowing more than they could repay then we would not be in this mess. The British public got just as carried away. We are the credit junkies of Europe and many of our problems could easily have been avoided if we had been more sensible and just said no.

To that I add overly-encouraging real estate agents, overestimating appraisers, extra-helpful mortgage brokers and anyone who profited on these loans. The reason the scheme worked is that it was structured as a multi-level-marketing pyramid with profits multiplying at the top, while the bottom supplied new applicants. These were the members of the public too, just as guilty as the rest.

I wrote about it earlier, but some years ago I was predicting this collapse when it still sounded a lot like conspiracy theory and I’d like to be included in the list of people who saw this coming. I guess I am always pessimistic (and defeatist) anyway so my predictions didn’t sound out of character.Right now my pessimistic worldview tells me that no one knows how to get out of the crisis. Many qualified people offer solutions both in academia and business but any action would be experimental, and I can only hope it will be easy on the test subjects.

In the meantime I’d like to wish all victims of the economic crimes, especially local Sprint employees, good luck. Every day I think about what would happen if I lose my job and nothing encouraging comes to mind, so I feel for the people who have to make these choices today, on someone else’s terms, in this economy. There is no question your company was mismanaged and robbed and it’s not your fault (unless you are the one who did the mismanaging and robbing, then it’s your fault, I hope you invested with Madoff). I hope you will find something soon, a secure well-paying job where your talents will be appreciated. You’ll be better off even if the pay is not the same. Good luck!