Everything New Is Actually Well-Forgotten Old 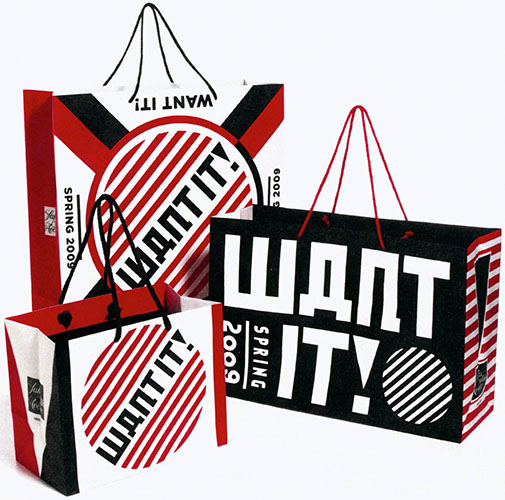 This Russian saying summarizes the article emailed to me by the local (and maybe even regional) knitting goddess PlazaJen.

The store hired Shepard Fairey, the artist who created the stylized Hope poster of Barack Obama that became one of the most highly visible, though unofficial, images of the presidential campaign, to design its catalog covers and shopping bags. They bear a rather unsubtle allusion to advertisements made in the 1920s for state-run department stores in the Soviet Union.

Russian posters of 1920’s served as  a primary source of  commercial as well as social advertisement, when a drawing and a short phrase understood by mostly illiterate population conveyed a simple message or directive. There is a reason why contemporary designers keep coming back to these styles – they just look cool and as an added bonus in the West – exotic. Even I used it to create the header for the this site without knowing anything about Alexander Rodchenko who was one of the founders of Constructivism as this style is called.

I scavenged a few posters for your enjoyment:

Few commercials that I might have previously linked here also take advantage of this style.