Behind The Iron Curtain: How To Recognize a Foreign Spy

Recently an old Soviet spy-identification aid has come to my attention. I don’t know if it’s authentic, but it looks, feels and reads as such. The surprising part is that according to this memo I would now be easily outed as a spy. Not because of quality work (god forbid!), good posture and neat clothes, but mostly due to the habit of putting my feet up and love of cocktails. If you read carefully, the text is not of the highest opinion about an average Soviet citizen – a slouchy impolite slob, with simple food tastes, who eats a lot of bread, slams his drinks and has inferior work ethic. 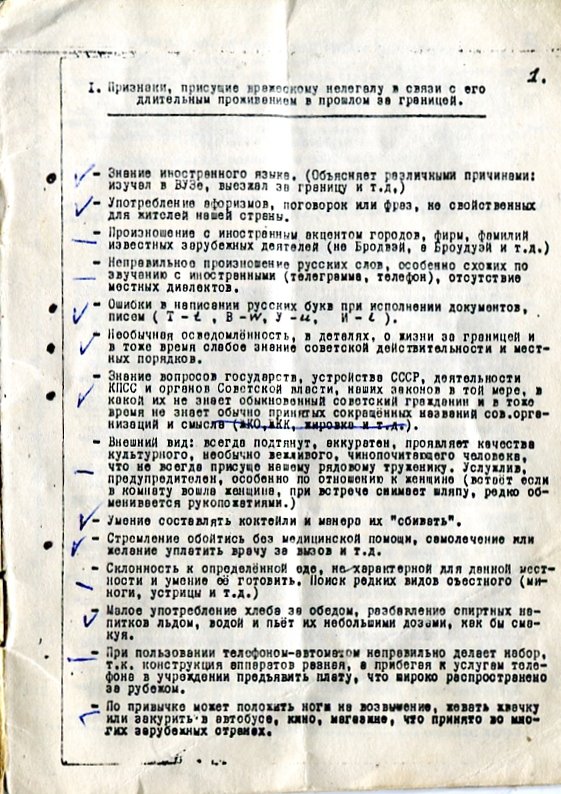 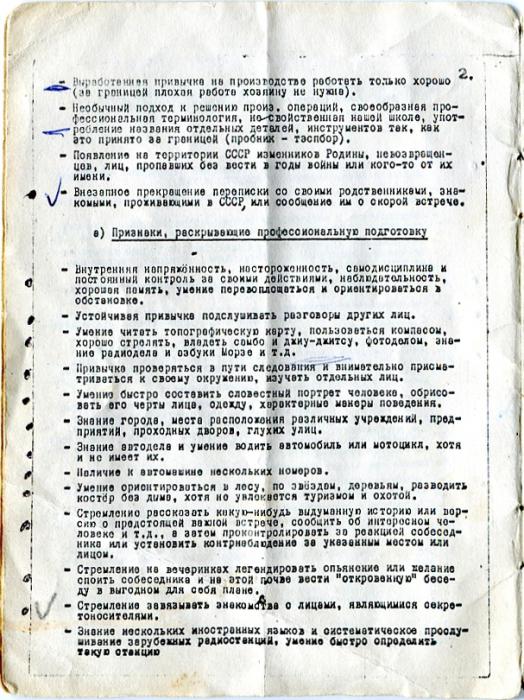