By now only a lazy person didn’t make a trip to Bentonville, AR to check out the Crystal Bridges Museum of American Art – the first major art museum opened in the USA in the past 40 years. The road to Bentonville is fast and easy and if you are bored, there are places to see along the way like Nevada, MO, Precious Moments Chapel, or George Washington Carver National Monument (we did stop there but I didn’t take any pictures).

There isn’t much to do in Bentonville, unless you like playing golf. As a matter of fact, golf is so popular in Arkansas that you can get a special license plate with a golfer on it. For a non-golfing tourist Bentonville offers two points of interest – the aforementioned Art Museum and the Walmart Visitor Center.

Walmart Visitor Center is located in the Town Square where Mr. Walton opened his first store in 1950. 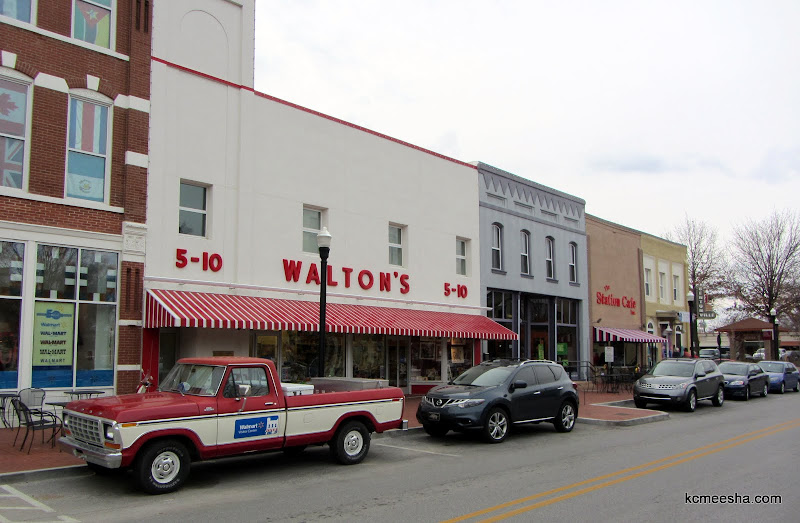 Ironically, the universally despised mega-store was a Mom and Pop operation when it started. 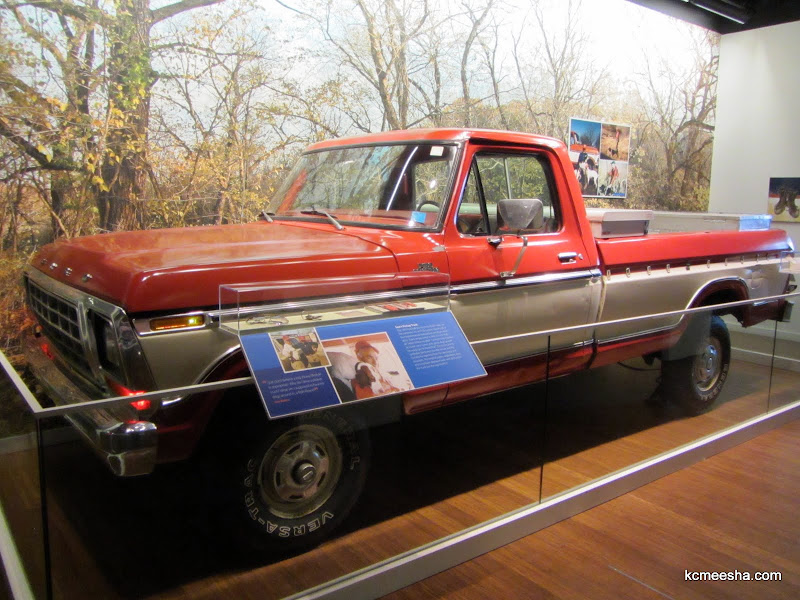 …and the recreation of his office as it existed when he died. 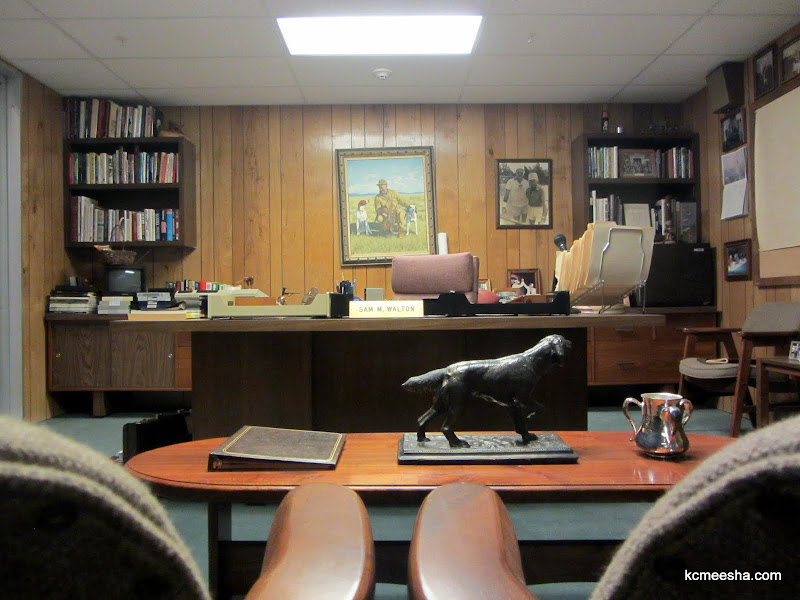 The Town Square looks nice and well-kept, centered around the Confederate Monument. 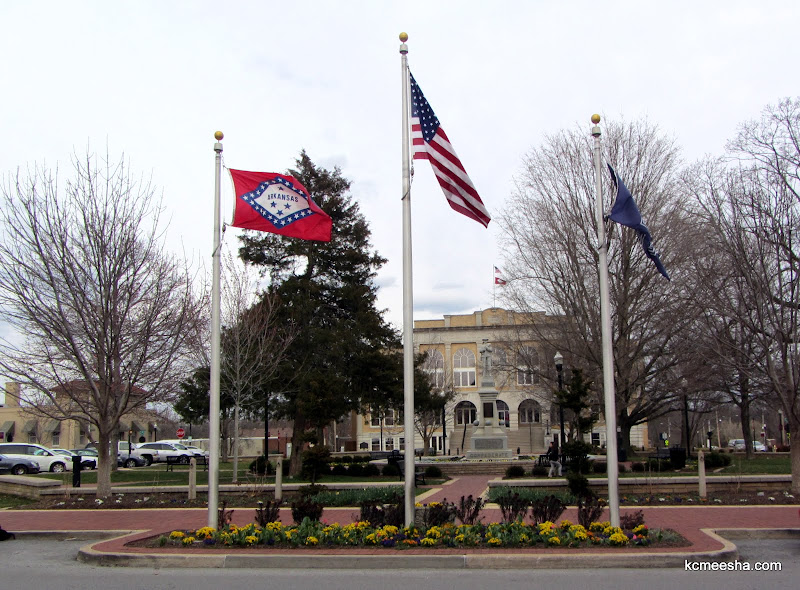 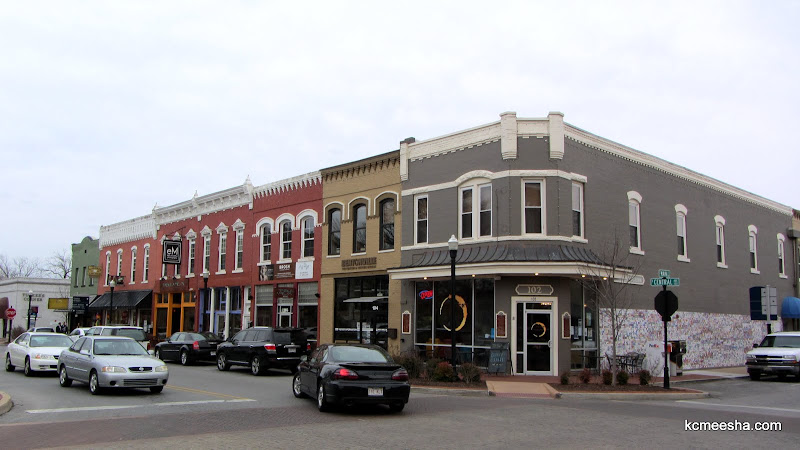 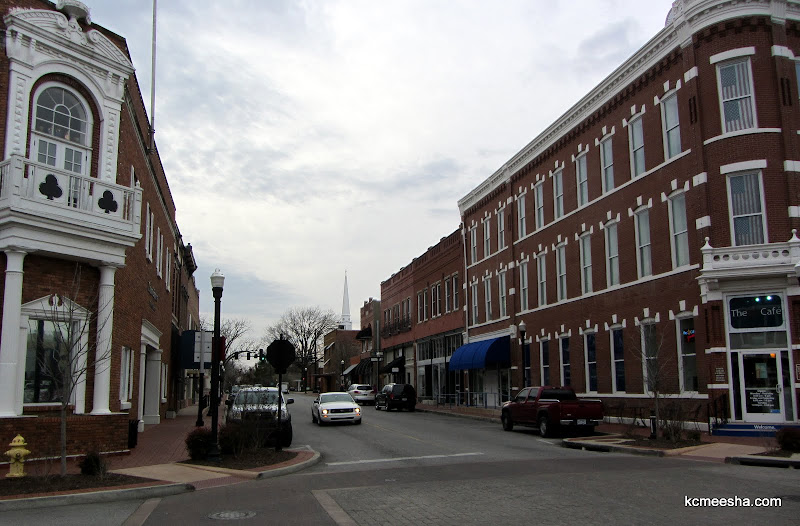 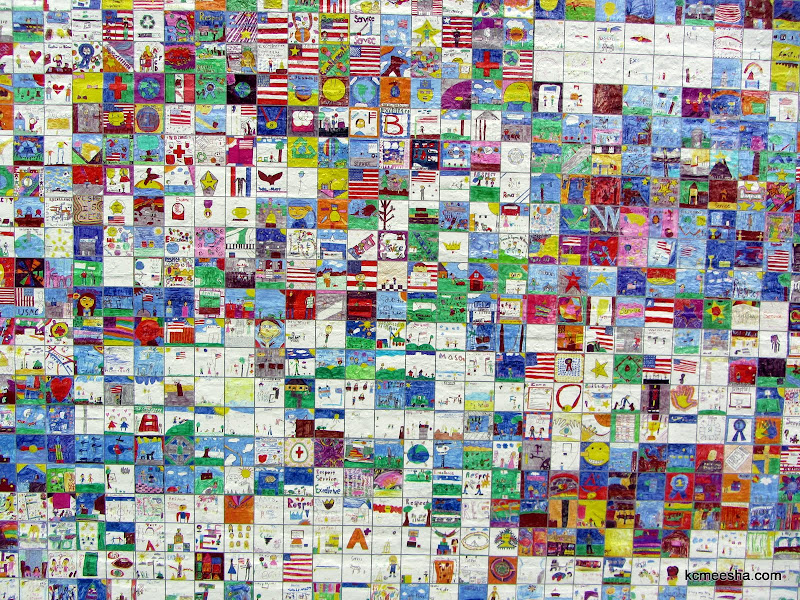 One thing I especially liked about Bentonville was a large number of signs with directions to the sightseeing points of interest; it’s easy to find your way around almost without looking at your phone or GPS.

Following the signs we arrived at Crystal Bridges. 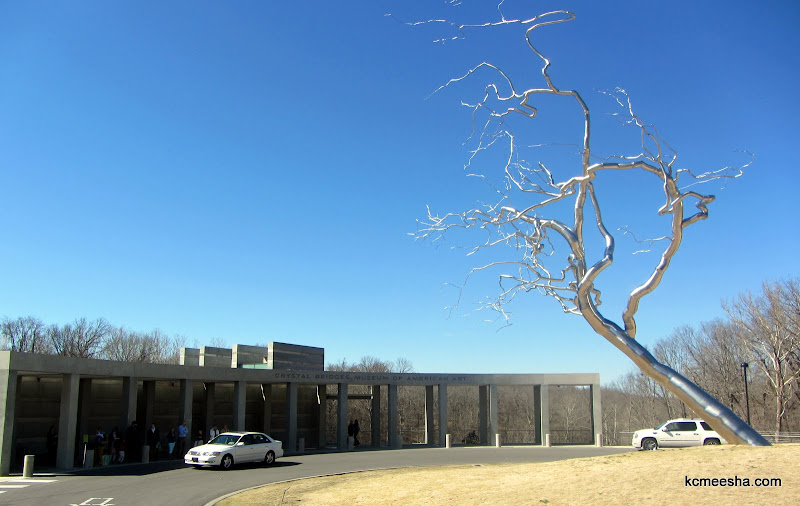 And here is something you will not find in the tour guides – the museum is packed. It seems that the planners did not anticipate the overwhelming success of this venture and even at noon on Wednesday, we had to make a few circles around the lot to find parking. Hordes rarely seen at art galleries roam around the museum and crowd out the art.

If I were to design a major art museum in Arkansas, it would be a building in a shape of a middle finger extended at the East- and West Coast snobs. But the architect who was actually contracted for the project went in a completely different direction. It’s hard to describe the complex, here is my attempt at panorama of just one part of it.

Those of us from Kansas City will recognize the unmistakable echoes of the Kauffman Center for the Performing Arts built by the same architect the same year. 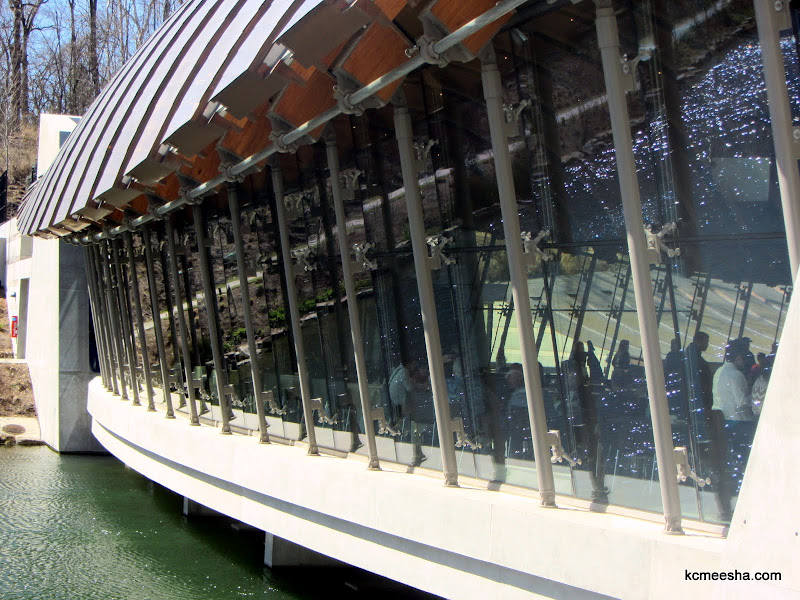 The buildings are situated in the pond, creating an intricate play of reflections on a sunny day. 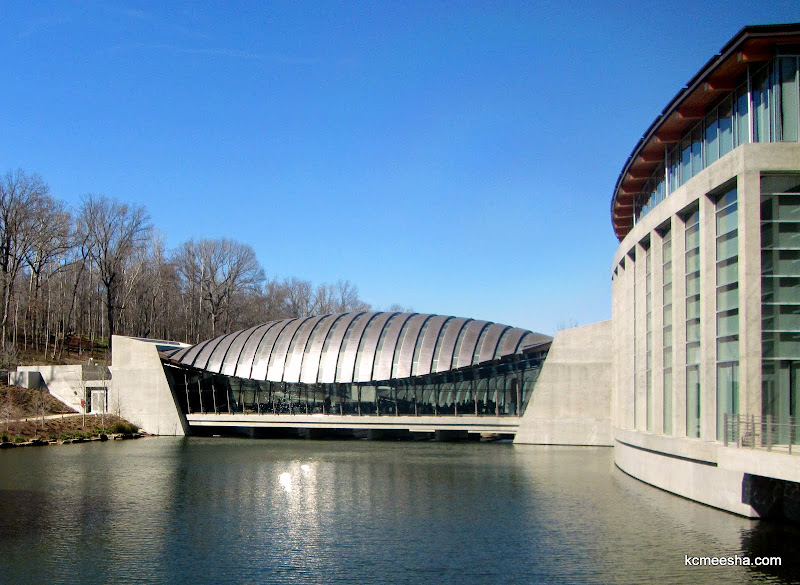 It’s rare to find a spot not swarming with people. This is the restaurant after the lunch service was over. 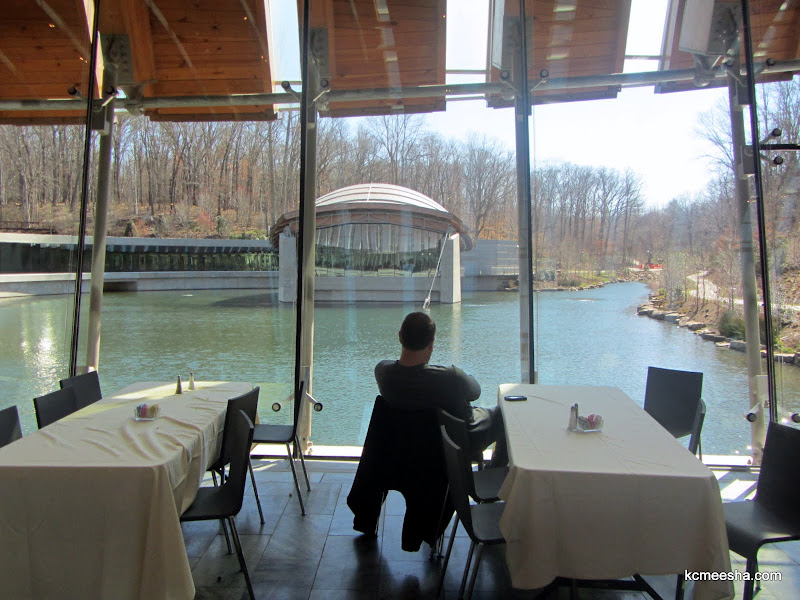 People were roaming around with cameras and phones taking pictures of the art,even though most of it can be found online in much better quality. I decided to take another route. 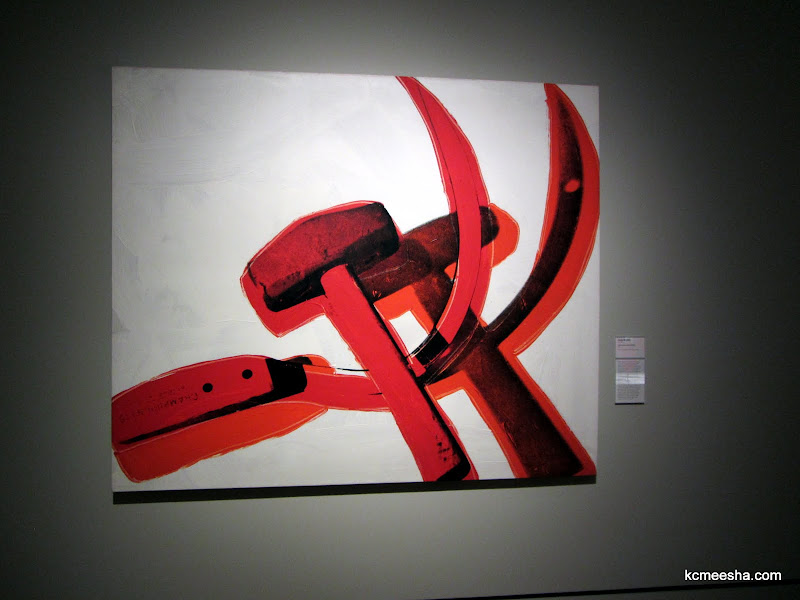 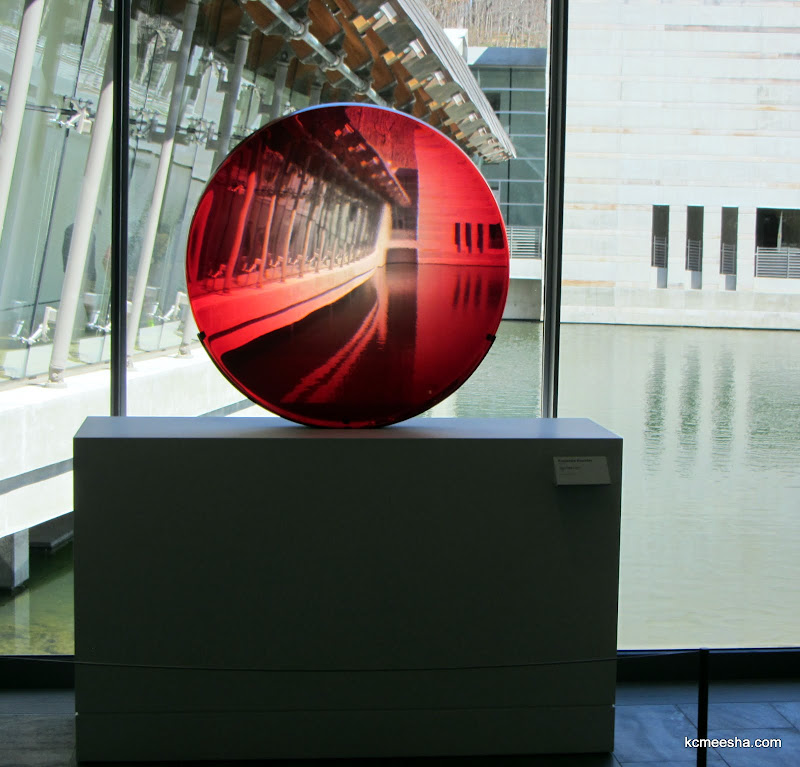 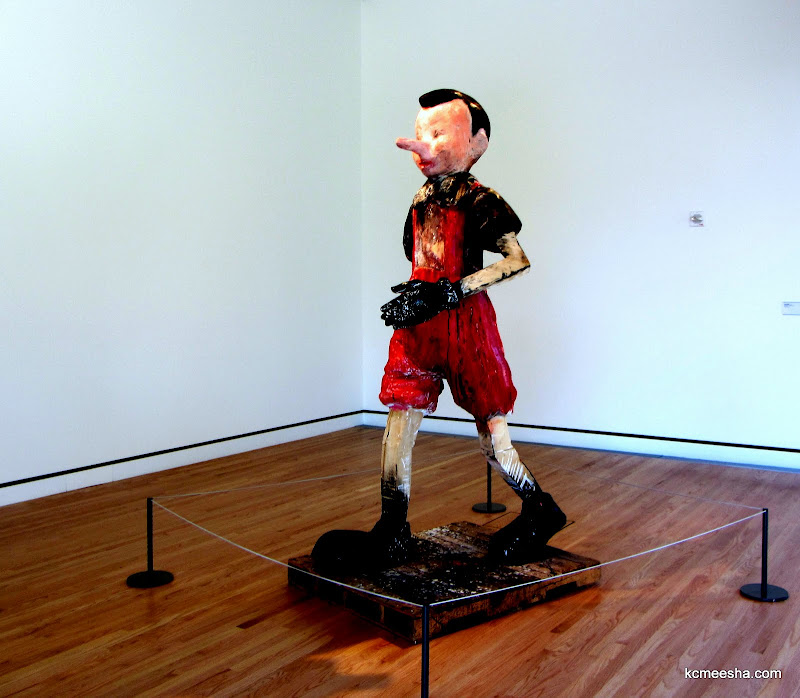 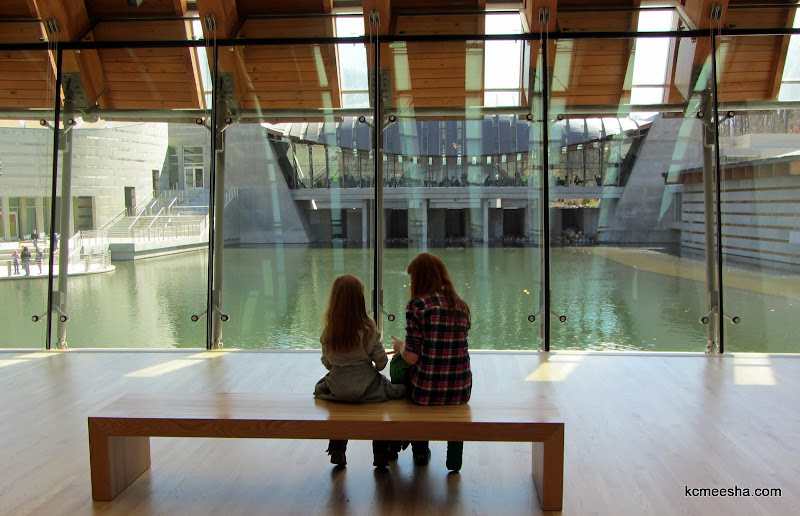 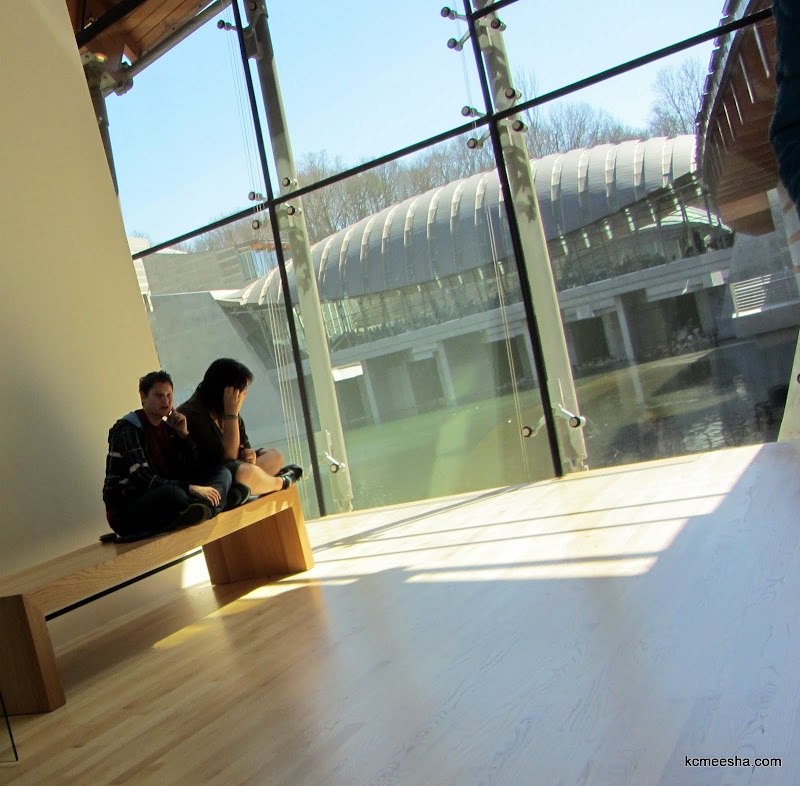 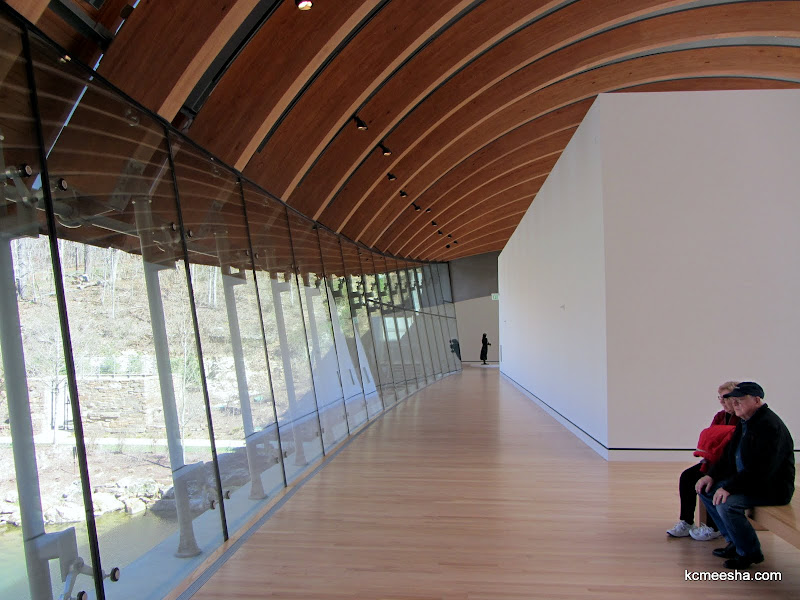 Ceilings let in a lot of sunlight. 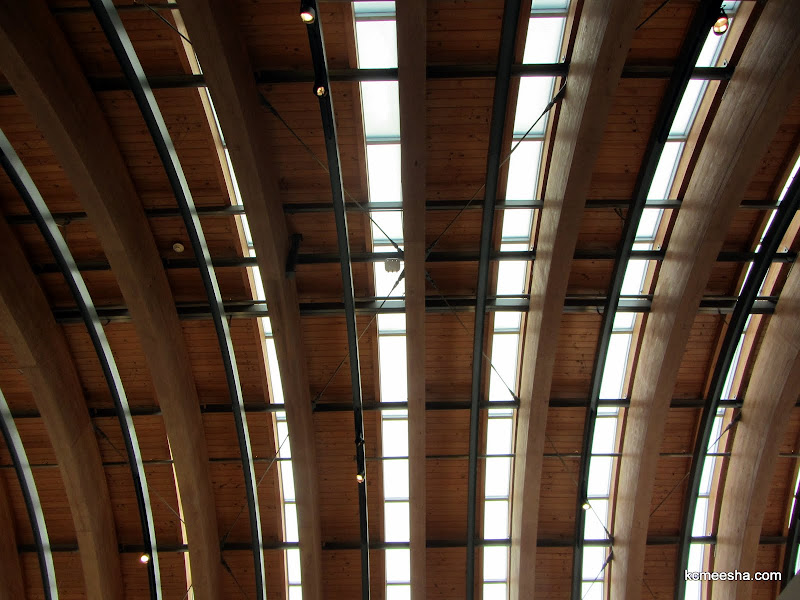 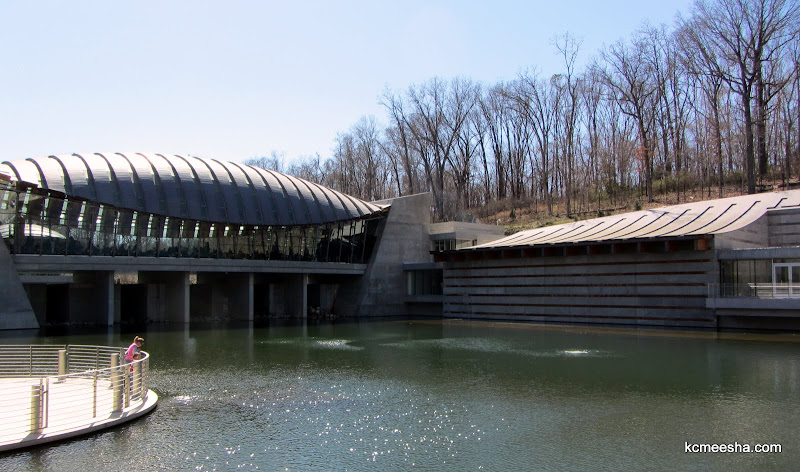 There was about 15-minute line at the restaurant. 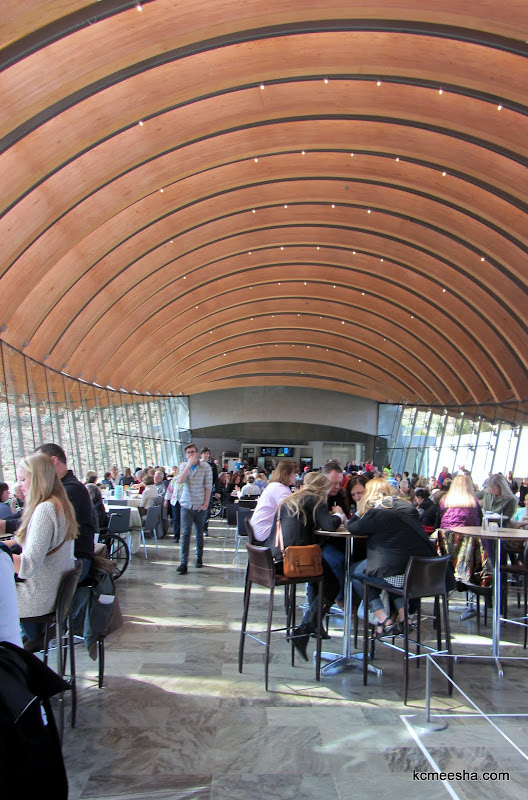 I thought pickled okra pinned to the top of the hamburger was a nice touch, hamburger itself wasn’t mind-blowing. 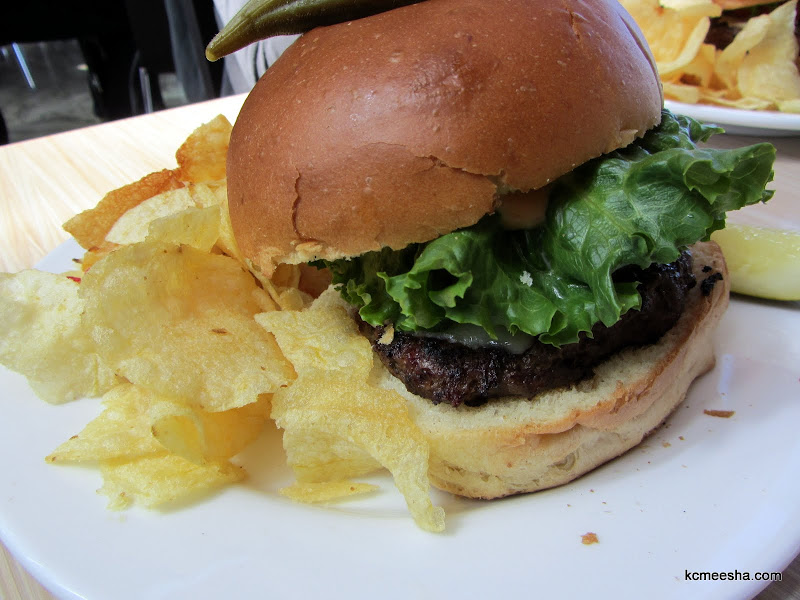 There was a large contingent of old people; at times it seemed like the museum had a portal into some independent living facility. Maybe because the museum is free to visit, or possiblY because they recognize their peers in the 19th century art, I constantly found myself having to dodge old people using every possible mode of indoor transportation.

And so you don’t think I hate just old people, children and people in cowboy hats are not high on my list either. 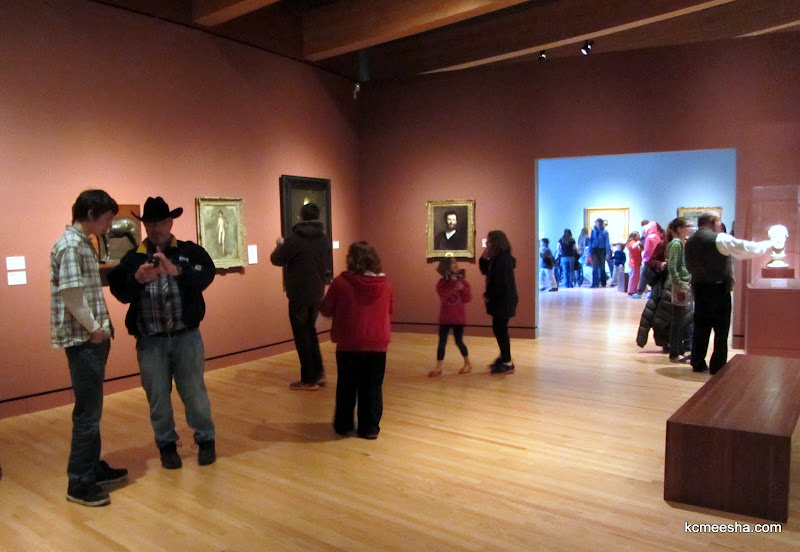 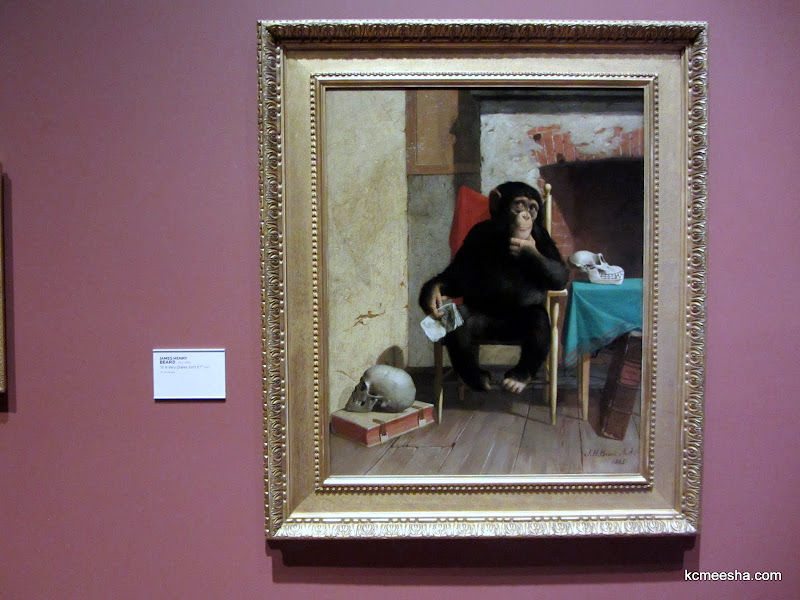 If you still have time to waste after your visit to Crystal Bridges, check out the semi-authentic War Eagle Mill. 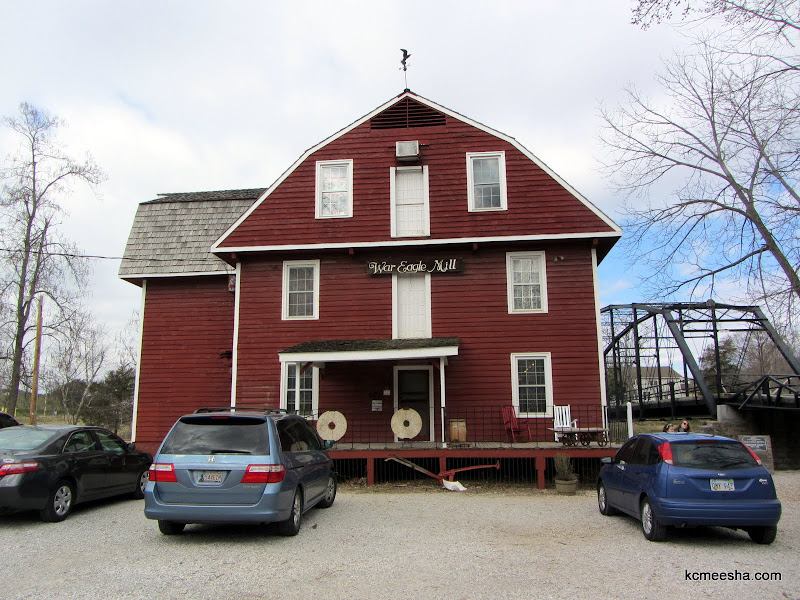 It’s located in the picturesque area accessible via a scenic road worthy of a James Bond movie chase, if James Bond were driving a Ford Focus and terrified girls weren’t screaming in his car. 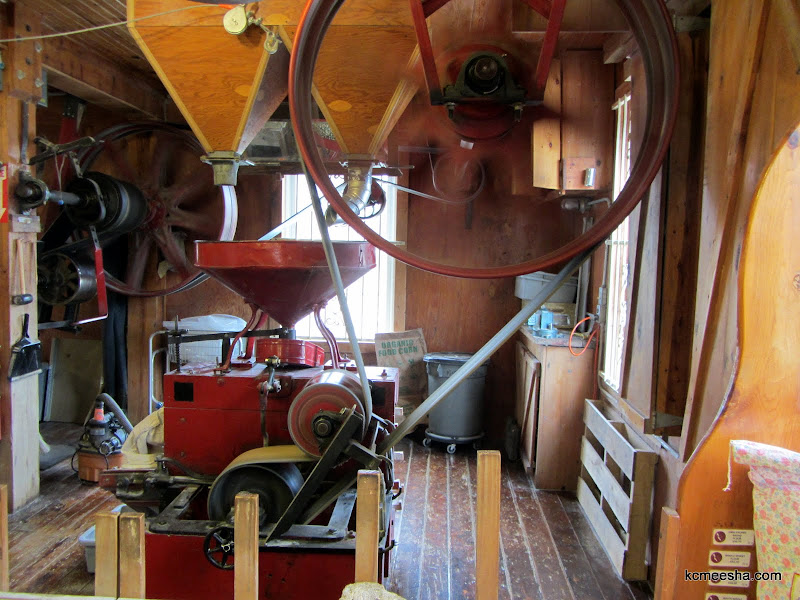 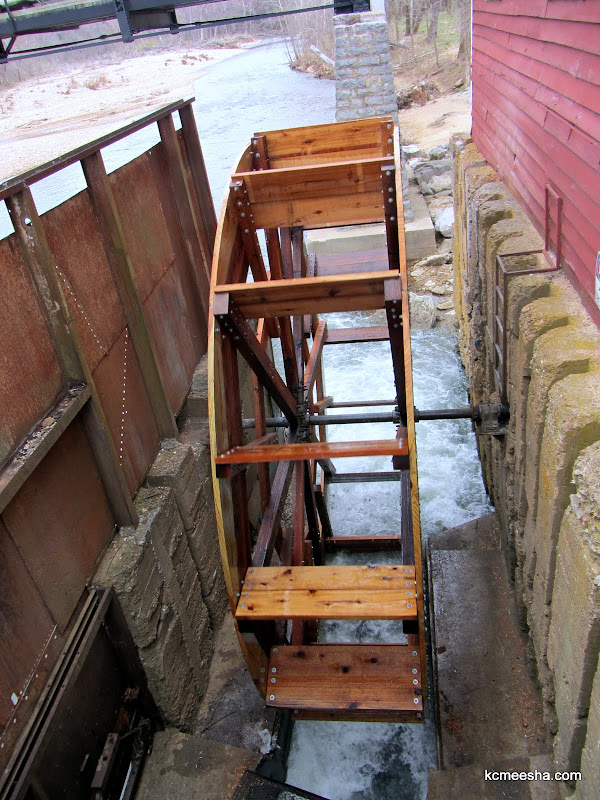 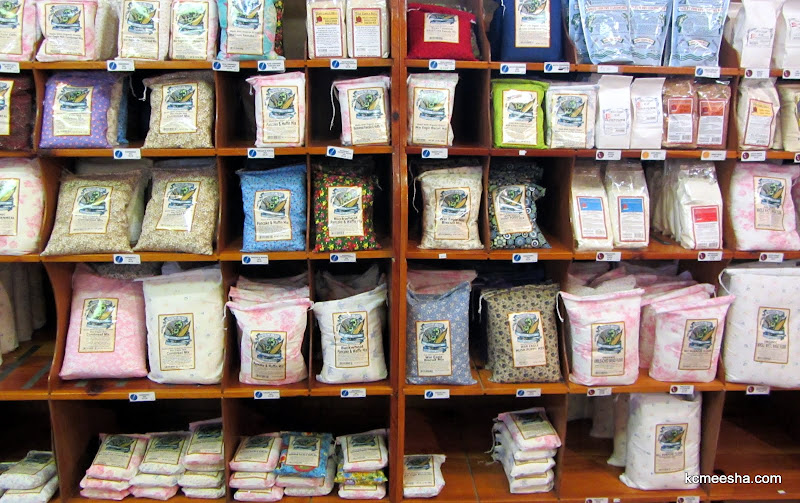 A trip to Bentonville is definitely worth it, just keep your expectations in check. The collection at our own Nelson-Atkins is a lot more extensive and not just American, but Crystal Bridges has some famous pieces on display, the building is unique and Walmart pays for your visit – something worthy for a change. If you have a choice, wait until the weather is warm and everything is green, pick a day and time when old people are napping (place is closed on Tuesdays) and head down the I-49.