Picking the right time of the the year for your trip is probably even more important than learning the native language. Even if you graduated from an unaccredited school district you probably know that Argentina is located in the Southern Hemisphere where the seasons are opposite to ours and people are walking upside-down at all times. Going during the South American summer will probably not be so pleasant if you are visiting Buenos Aires and areas to the North, where it gets pretty hot; at the same time Southern Argentina won’t be frozen and snowed in. Going during the winter, like we did, is likely to be the the most pleasant time in Buenos Aires but you are gambling on being rained on for days in-a-row. During our visit the day temperatures in Buenos Aires were around 65-70F and 35-40F at night. Beautiful, sunny weather was a huge factor in our enjoyment of the city, made long walks and sightseeing pleasant and refreshing, considering the heatwave that was hanging over Kansas City at the same time. During our 10 day visit it rained only once and not for long. At the same time, our trip to the Cataratas del Iguazú fell on three most coldest, rainiest, foggiest days in the history of the waterfalls, not what we expected in the tropics even in the wintry August. It was so soggy and chilly that the hotel personnel started a fire in the lobby fireplace. Sitting near the fireplace and seeing palm trees in the window is something you don’t expect to go together.

If you are to inquire about the must-see wonders of Argentina, the Iguazú Falls will probably be at the top of the list, and deservedly so. Competing with the world-famous Niagara and Victoria falls in beauty and size, Iguazú (which most of the time in Argentina is referred to as “cataratas” , meaning “waterfalls”) should be on your itinerary if your time and finances allow. However, despite what your travel agent might tell you, you can accomplish this trip in one day. Leaving from Buenos Aires around 7am will put you in Iguazú little after 9, which will give you all day to explore the waterfalls and return to Buenos Aires late the same evening. Granted, it will be one long day, but unless you are a waterfalls connoisseur and would like to see every inch of the natural wonder from every possible direction (including Brazilian side, requiring a visa which costs $140 per person), you will have a sufficient look of the waterfalls and be back in Buenos Aires for your morning cafe con leche. We used a local travel agent and got stuck with a 3-day trip. Little town of Puerto Iguazú where you’ll be staying is nothing to write home about, where numerous hotels, restaurants, souvenir shops and a bus station compete for your attention with the omnipresent red mud. Besides the waterfalls, the only other attractions in the area are the precious stone mine and a place called Tres Fronteras, where one can see both Paraguay and Brazil while standing in Argentina.

Just in case you don’t know what to do with your time but want to save some money, you can take a bus from Buenos Aires to the cataratas which is said to be super-comforable and takes about 17 hours.

Seeing the waterfalls on the grayest day ever probably wasn’t as impressive as it should have been; even the parrots that are rumored to live there were gone and the tourists had to take photos of a lone bird who was too lazy to find shelter. I am saying this to preface my mediocre photos and a short video. 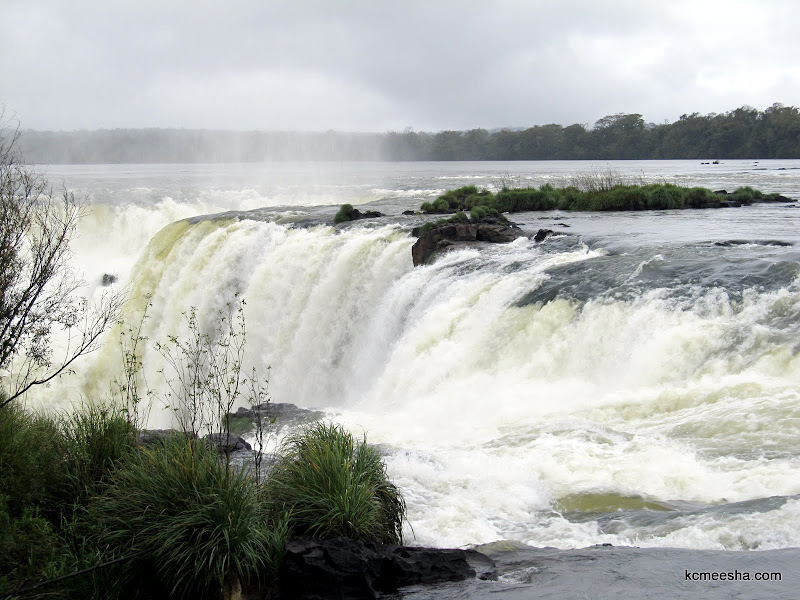 This what Garganta del Diablo (Devil’s Throat) – the biggest of the falls – looks and sounds like. 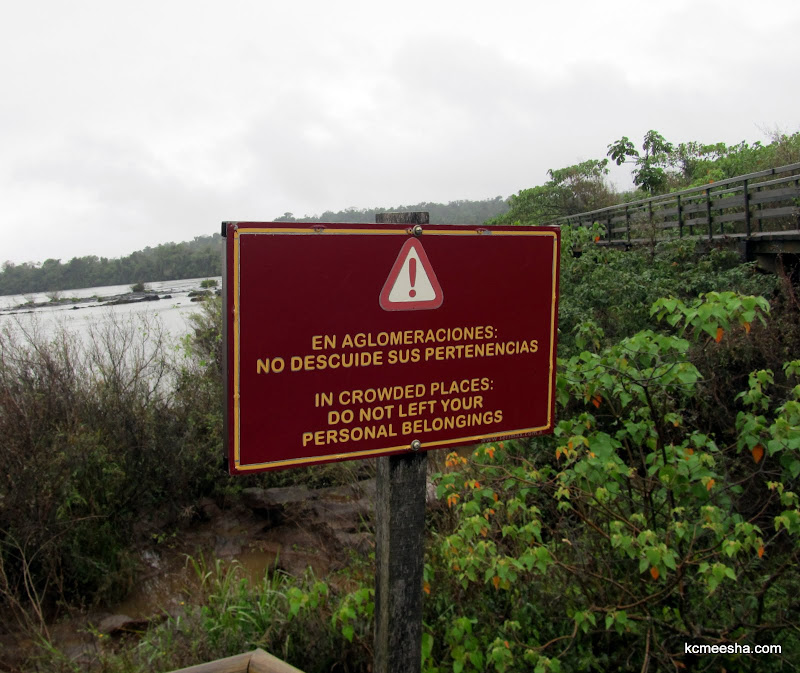 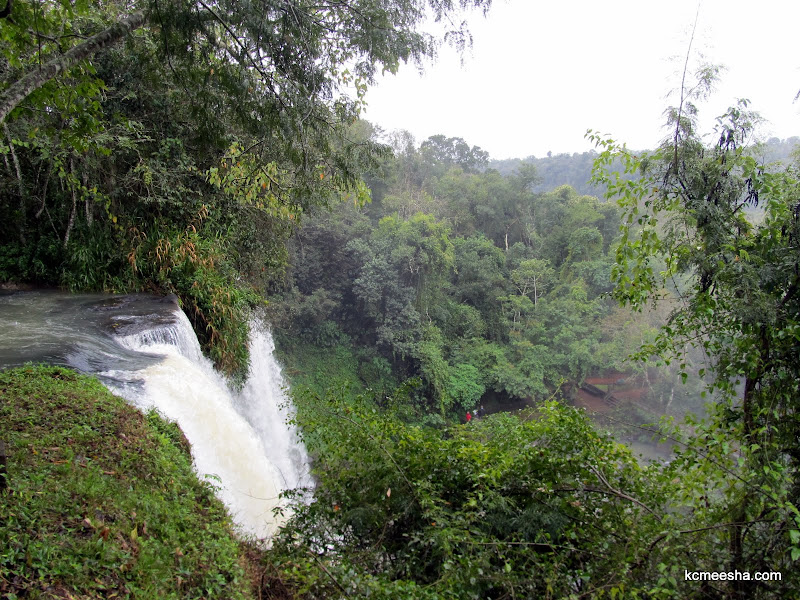 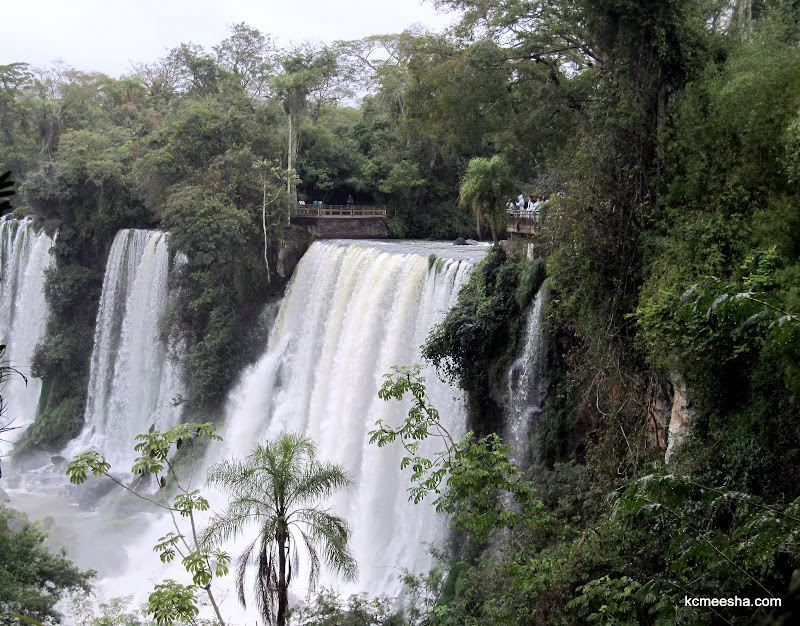 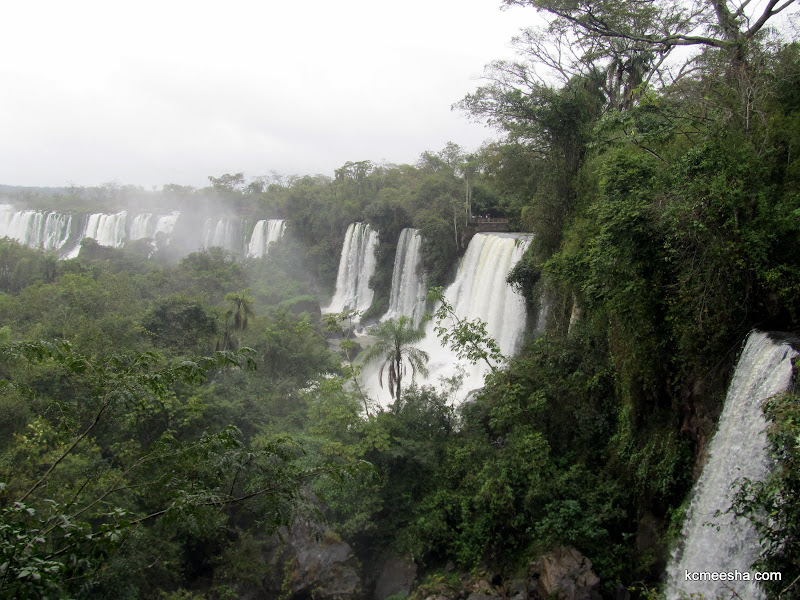 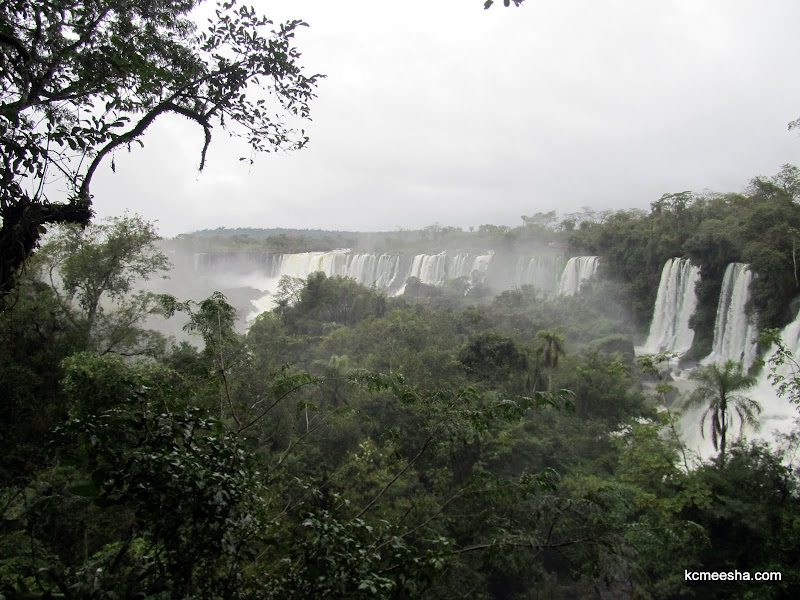 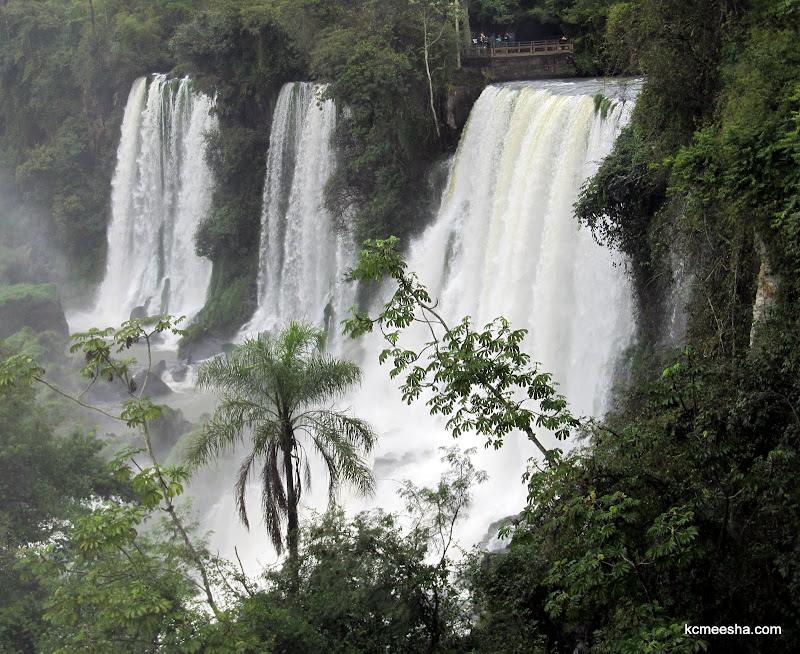 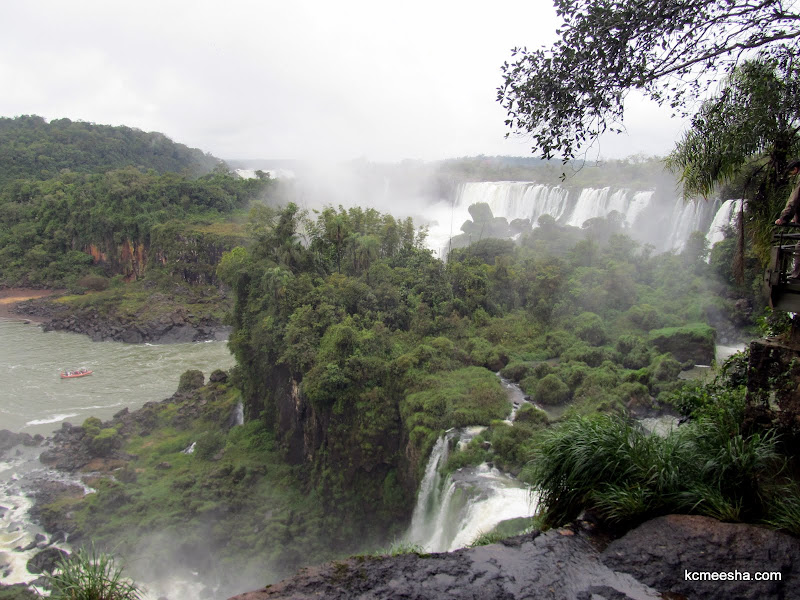 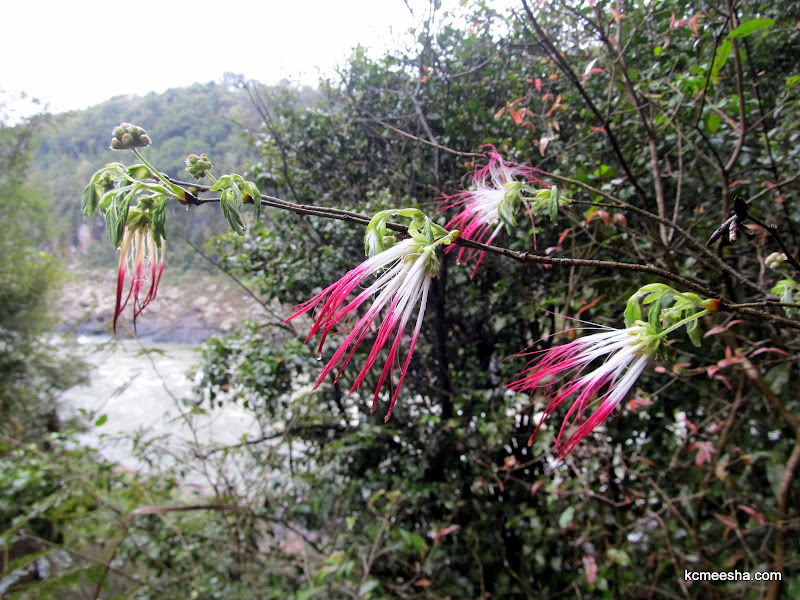 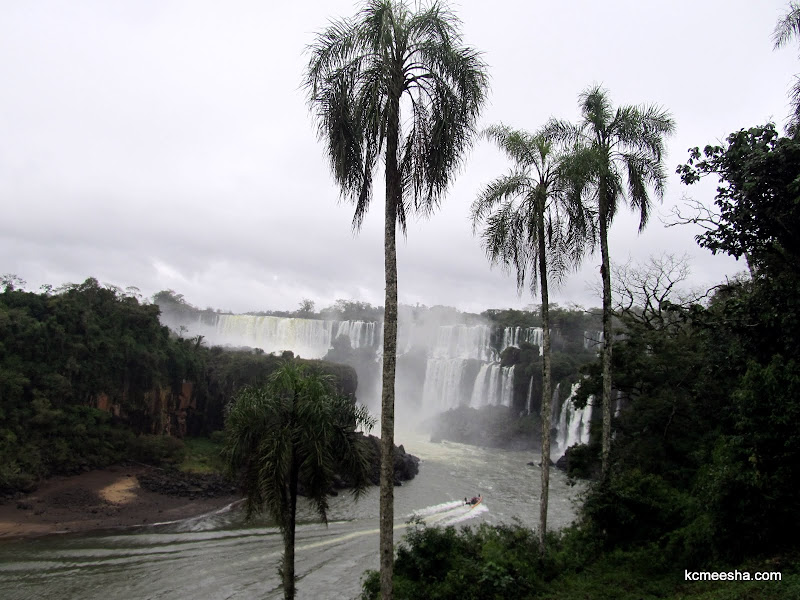 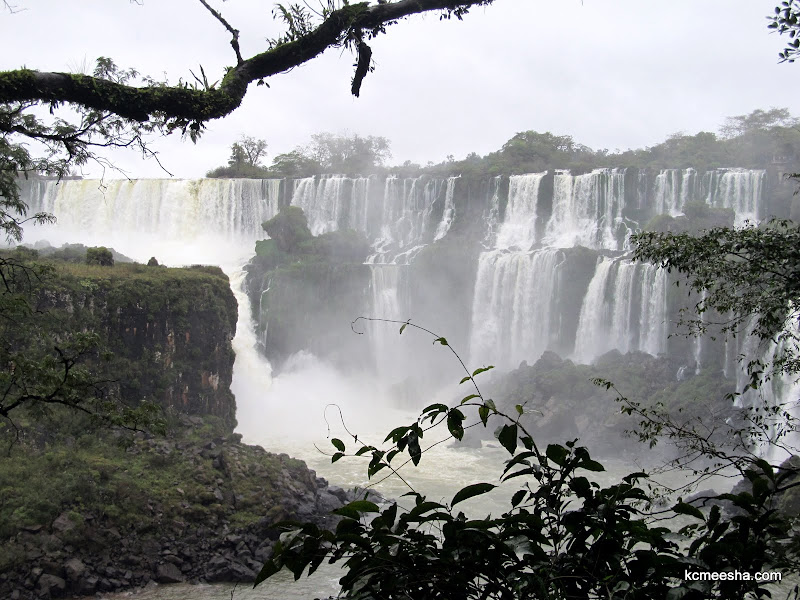 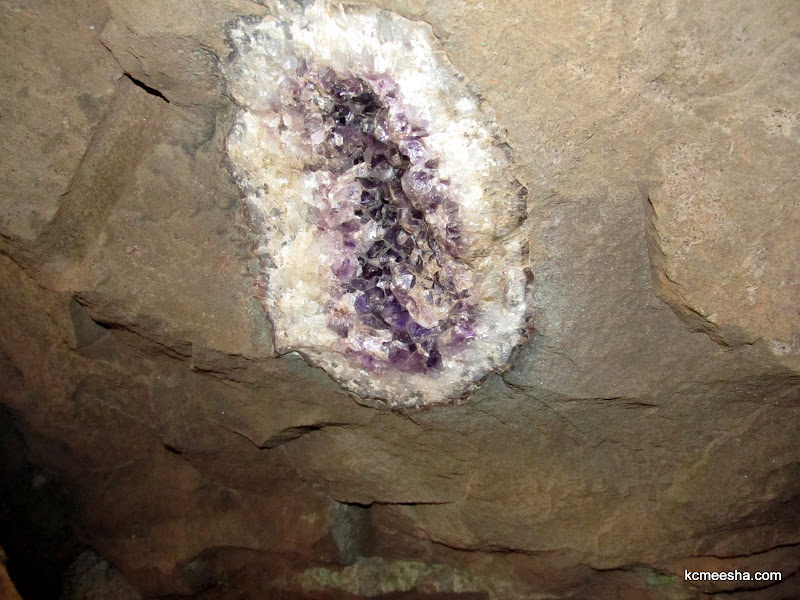 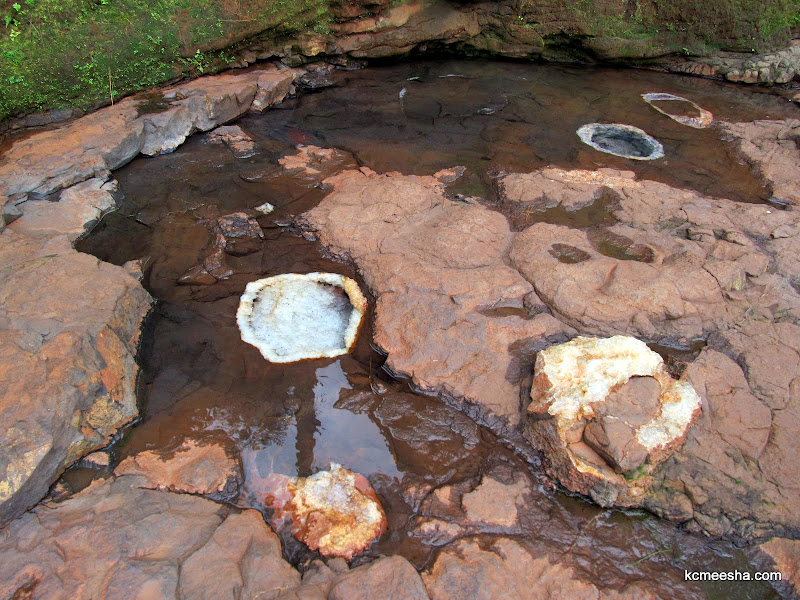