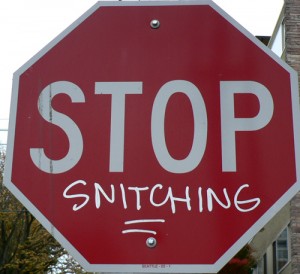 Foreigners usually have several complaints about Americans: they are disingenuous, they are obnoxious and they snitch. I think the first two are a simple misunderstanding: in English greetings “How are you” and “How do you do” do not literally mean that someone wants to know about you. Yet many people apply literal translation and don’t understand why the other person does not display a genuine interest in their response. I can’t recount how many times I’ve heard about American “fake” smile; people smile at you and then go back to not smiling a second later, to many people this indicates a mechanical nature of the smile and no emotional connection. In other countries people don’t smile at each other just because, so at first it may seem strange. I don’t have a problem with it, however I don’t get why Americans have to smile on every damn photograph. I understand that thousands of dollars in dental work need to be justified, but sometimes it just seems unnatural and not corresponding to the background. Here is my advice, try not to say “cheese” sometimes, you’d be surprised with the results.

Snitching is the part of the American culture I don’t understand. I am not talking about being a witness to a crime, calling 911 or otherwise helping the authorities when warranted. I am talking about petty stuff when your co-workers are happy to turn you in to your boss (I was fired from my first job for a fight that wouldn’t have been known to the management if not for some helpful a-hole named Skip), or your neighbors call your landlord (it happened to me about a month into my American life, and happened for no reason), or your class-mates snitch on you to the teachers. Where I come from snitching was a big taboo, it was encouraged by the government so people who were known to do this were shunned and ostracized. People still did it but mostly anonymously and it was not something to be proud of, especially if you were a kid.

After 16 years in this country it’s hard to surprise me, but I didn’t know what to think when last week a teacher called me to report that someone copied the test from my child’s work, and while she is not in any trouble, the perpetrator was taken to the purgatory principal’s office and they have to inform me about the investigation. I thanked the teacher and did a little investigation of my own. I copied my share of tests but being an A-student people mostly copied from me. Sometimes it bothered me, most of the time it didn’t but I have never ever took it to the teacher. I think I even had my grades reduced because the teacher found identical tests and didn’t care/realized it was useless to investigate who copied from whom. Even then I didn’t snitch. One grade wasn’t worth a lifetime of bad reputation.

Turns out my child claims not to have noticed anything but some other kid apparently thought it was his duty to turn the copier in. My daughter thought it was appropriate since it was some important state exam, and “the government is looking at these tests”. I was really bothered by that, being law-abiding and being a snitch are not the same thing. I told her to leave catching cheaters to the teacher and to mind her own business. Maybe that’s a part of growing up American, but that’s the part she would have to grow up without. Consider it my small drop into the melting pot.

I make a distinction between a neighborhood watch and driving around the neighborhood looking for building code violations and then turning them into the city officials. I don’t think that encouraging a kid to rat out his classmate for copying a test or saying a bad word is the same as asking to turn someone in for plotting another Columbine. I realize that there are situations when people neglect to report something to authorities which may lead to abuse or death. Still, a copied 6th grade test shouldn’t cause a knee-jerk reaction in a child. Later in life these are the people who email office gossip to their manager, these are the people who run neighborhood and condo associations harassing the residents, these are the “concerned citizens” who feel the need to “share” their idiotic concerns. I don’t think doing this makes for a good citizen and certainly doesn’t make for a good person in my book.

I hope my kid will grow up remembering that.